You are here: Home / Featured / Yestermorrow interviewed ahead of Rez fest 2017

Yestermorrow interviewed ahead of Rezonance 2017/18 NYE

Yestermorrow is a duo consisting of Francisco Oliveira and Ivan Pereira. 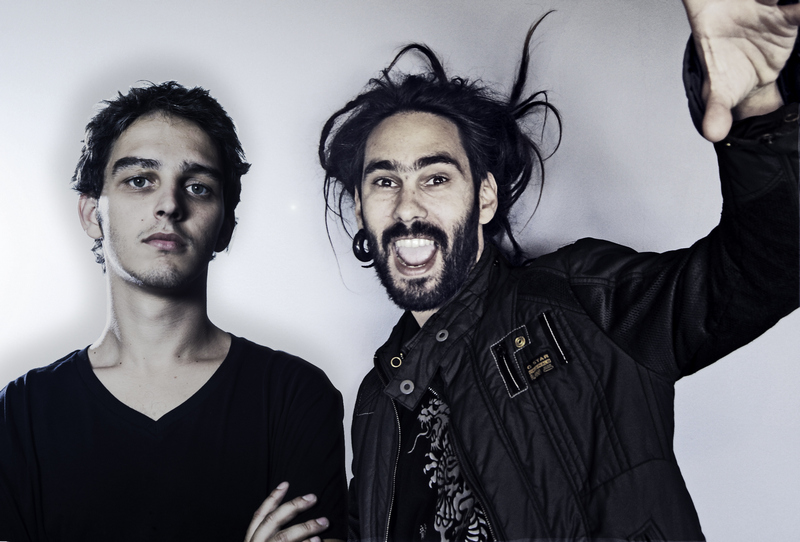 The long-time friends and collaborators exploded onto the scene with the project which would see them perform at major festivals such as BOOM Festival, Universo Paralelo, Antaris project and now Rezonance 2017/18 NYE fest among others.

Ivan  has two other projects which he will also be performing at Rez Fest 2017/18 – Atomizers and Techyon. Francisco has collaborated with some heavyweight psy acts under the moniker KIN, the most recent being on Regan from nano records’ blistering 18 track compilation, Keep It Psychedelic. Check out their track called Love Everybody with Menog; it’s a 145 BPM blaster.

Grant Pleming from Expo records, aka Dynamic Range, had a chat to Ivan ahead of this weekend’s mega New Year’s eve blast off at Rezonance 2017/18.

The feeling of connecting people through sound entities channelled by us is simply amazing and fulfils our souls every time it happens.”

When I think of producers these days, I classify their learning into 2 classes- some are self-taught (with the help of friends) and others start off through sound/music school- How did you learn to produce music and when did you decide that this was what you wanted to do?

Yestermorrow: My music production learning process is an ongoing project that passes through both categories: a lot of self-taught and devotion, endless hours of research, amazing input and inspiration from some friends that I consider masters, exchange of knowledge between other producers, everything on a daily-basis.

The sound school classes in my early stages were an important part of the learning process and came after I realised that sound production was my kinda thing. It helped me a lot in the beginning, especially when it comes to reliable source of information, best practices and methods. Sound production classes can really make a huge difference and save you a lot of time on research. But without passion and dedication, no academic or personal knowledge can reach its realisation, that’s why I think that learning to produce music is an endless process and self-teaching is a must have attitude in order to evolve.

Regarding about when I decided to become an electronic music producer, I can tell you that BOOM FESTIVAL 2000 was definitely a life changing experience that activated this dream of producing Trance Music. It triggered in me this desire to bring people together through sound waves, telling telepathic tales that can find their meanings inside peoples’ subconscious. The feeling of connecting people through sound entities channelled by us is simply amazing and fulfils our souls every time it happens. It’s like the purpose is only completed when this magical connection finds place to flow. 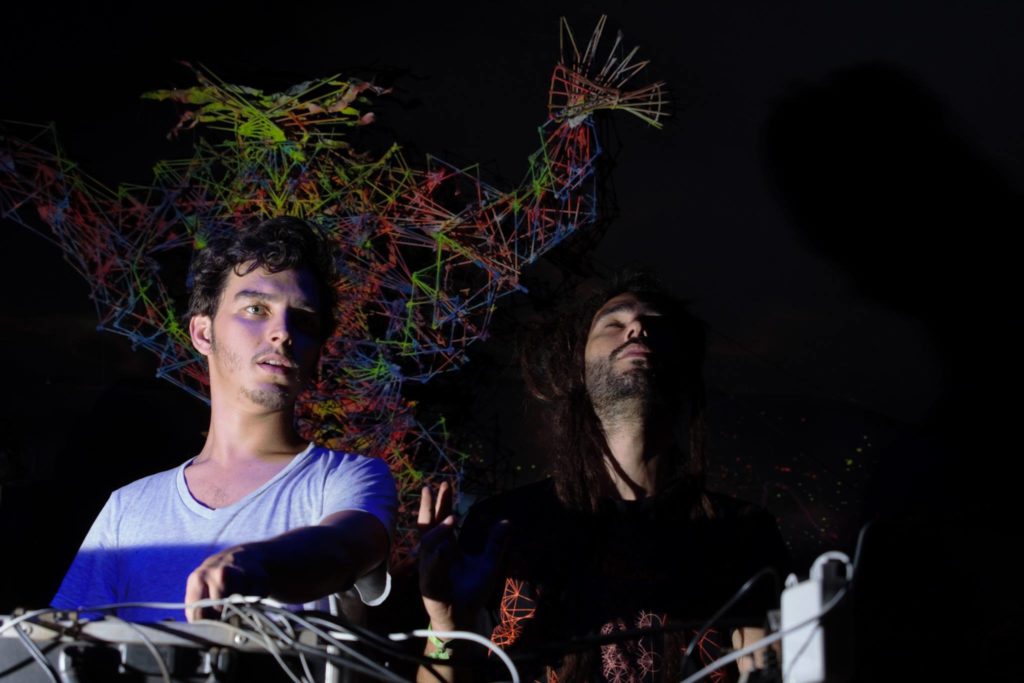 How does the creative process differ when making a track between your project with Menog (Atomizers) and your Yestermorrow project with Francisco (KIN)?

Yestermorrow: Francisco and Daniel (Menog) are completely different when it comes to sound production, almost like opposites. They both are genius and very funny in their own way.

Dani is super technical and practical, he’s a very grounded producer and with him, whatever comes in that moment will stay, but will be shaped until it gets killer. Producing with him is like a master class of technique applied to creativity, where we will carve the gem with latest technologies until its final shape. Daniel is one of the most skilled musicians I know and he’s always been an inspiration for me.

Producing with Francisco is like a galactic roller-coaster, everything is a source of inspiration. With him, the first idea will surely not be the final one and we’ll make endless versions of the same track until we finally feel that it’s finished. I can tell you that with Kin, the process is ultra-subjective, with multi-layered perspectives and has to do with state of mind. We research literally about everything to enrich the creative process, from ancient sounds to comedy series, Yestermorrow’s core definitely relies on this time travel moments we have in studio.

I’ve noticed that with a consistent release schedule, based on quality over quantity, gigs have increased, as this enhances people’s awareness of our dedication and passion to trance music.”

What came first Yestermorrow or your project Techyon?

Yestermorrow: What came first in my producer’s career was actually my psychedelic trance project, called Holophonik, back in 2005. Techyon began in the end of 2006, when I felt the need to experience some progressive vibes along with Pedro.

If we take your recent Boom sets out of the equation (which were excellent btw), which party or scene stands out as your favourite? 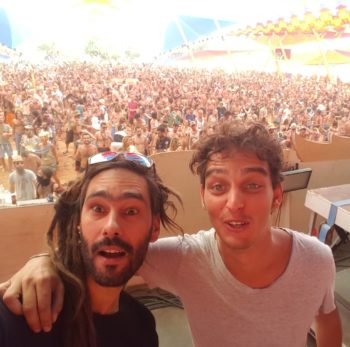 Yestermorrow: I surely can’t take Boom Festival out of the main picture as I consider it as part of my roots and my soul, but I’ll try :).

It’s very difficult to answer this question especially because every gig is a unique experience that certainly has amazing points and I simply can’t define a favourite one. So, I’ll combine aspects from some of my favourite scenes and highlight what I think that stands out.

I would pick Antaris dancefloor vibes, with all generations celebrating together in a warm feeling of community and mix it with Australian crowd way of partying, the funniest I’ve ever played for, to have an out of the box experience.

Universo Paralello’s tropical paradise with its huge energetic crowd and amazing bamboo structures, surely stands out. I’d mix it with Freqs of Nature’s unique approach to land art and underground community to have a super psychedelic taste.

I’d also bring some of Sonica’s family gathering cosiness, in the middle of the Italian “lord of the rings” mountains, and blend it with the idyllic Japanese landscapes and unquestionable organisational skills.

Now I can’t wait to see how  the South African scene will fit in this puzzle but from all the feedback I heard, you guys rock big time!

Shifting the focus to Yestermorrow. Looking back at the past year I have to say it’s been busy in terms of releases for you guys- you had the album, followed by consistent great singles and EP’s on Nano, Iono, Dropzone, Iboga and Antu as well as notable collabs and remixes with Future Frequency, One function, Liquid Ace, Egorythmia, E-clip, Atmos and more- What’s next?

Yestermorrow: It’s been a crazy moment, working with artists that I always admired… You can expect some massive collabs with Ticon, Zen Mechanics, Sonic Species, Grouch and Relativ in the months to come. Also, our second album is being cooked in our sound lab madness to keep track on Yestermorrow’s chronicles. 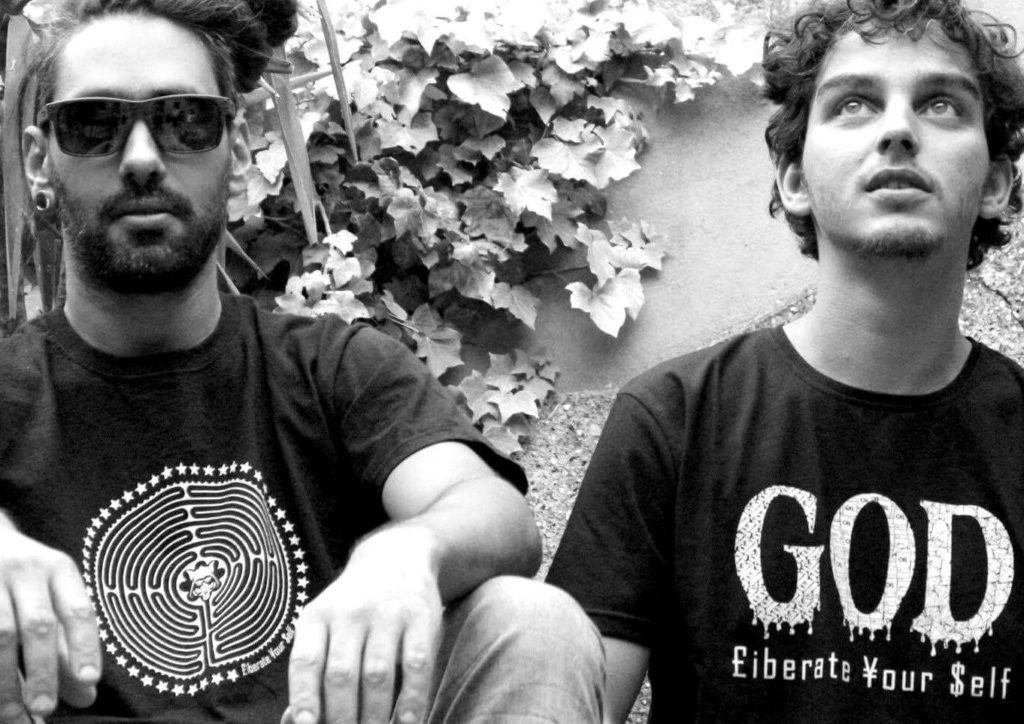 Given your recent busy release schedule, have you found that bookings and gigs have increased?

Yestermorrow: I’ve noticed that with a consistent release schedule, based on quality over quantity, gigs have increased, as this enhances people’s awareness of our dedication and passion to trance music. I think that the releases remind them about the project and also deliver some fresh tunes to people’s daily-lives, feeding the community.

Can we expect any Techyon releases over the next year, or is the main focus Yestermorrow and Atomizers at present?

Yestermorrow: For now, the main focus is on Yestermorrow and Atomizers. They demand a lot of dedication and their dynamics require full time attention. I feel that, for the moment, Techyon’s path has already reached its purpose of opening doors to new perspectives.

I know about a new psychedelic infused techno act (if I can call it that) you have been working on- can you divulge more on this?? 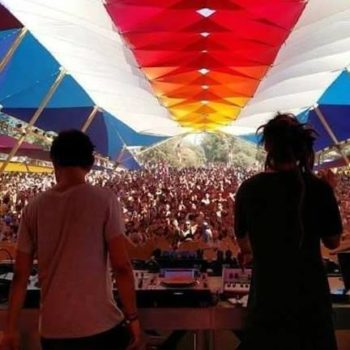 Yestermorrow: We are building a multimedia psy-techno act called Boundless, that has been a project on paper for many years. The name comes from its cultural diversity source (one Portuguese, one Brazilian and one Italian) and its aim of breaking the imaginary boundaries human built on this planet.

It’s a very challenging project for me, as I’m working with my wife, Bárbara Starling, that is an amazing musician and visual artist, and Alex Synesthetic, an ultra-skilled producer that has a wide variety of influences and brings super important inputs to production. You can expect activism, fat groove, experimentalism, unpredictable melodies and handcrafted visuals.

We had the honour to release our first track, Primitive Humanity, on MVMB’s compilation ‘Continuity Vol.2’, at Iboga Records, and have other releases scheduled for the next few months on both Iboga and Iono.

If you could remix one track, genre specific to progressive/psytrance… what would it be?

Yestermorrow: I have an endless wish list of remixes I’d love to do but  the Freq masterpiece, “Brazil”, is among the most wanted ones!

This will be your first time in South Africa, and we are lucky to get a taste of all of your projects at Rezonance this year- What have you heard about our psytrance party scene, and what about our country are you most looking forward to experiencing?

Yestermorrow: It’s a huge honour for me to be part of Rezonance celebration this year, I’ve heard awesome feedback from other producers about the crowd and organisers from South Africa in general. It was always a wish to feel it in person.

From the country itself I’d love to taste its remarkable wine, visit its well-known vineyards, get to know better about its unique wildlife and people’s traditions, not to forget its fantastic beaches. 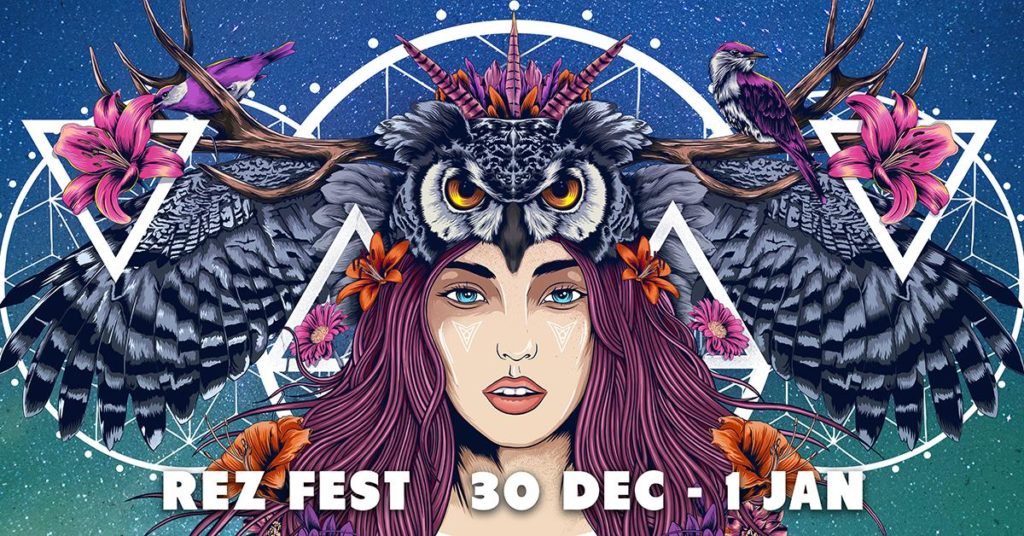