You are here: Home / Featured / Women of House EP – The sound of the new school

Women of House EP – The sound of the new school

The Women of House EP featuring Jackie Queens, Sio and Zipho on the Iklwa Brothers imprint got me thinking… 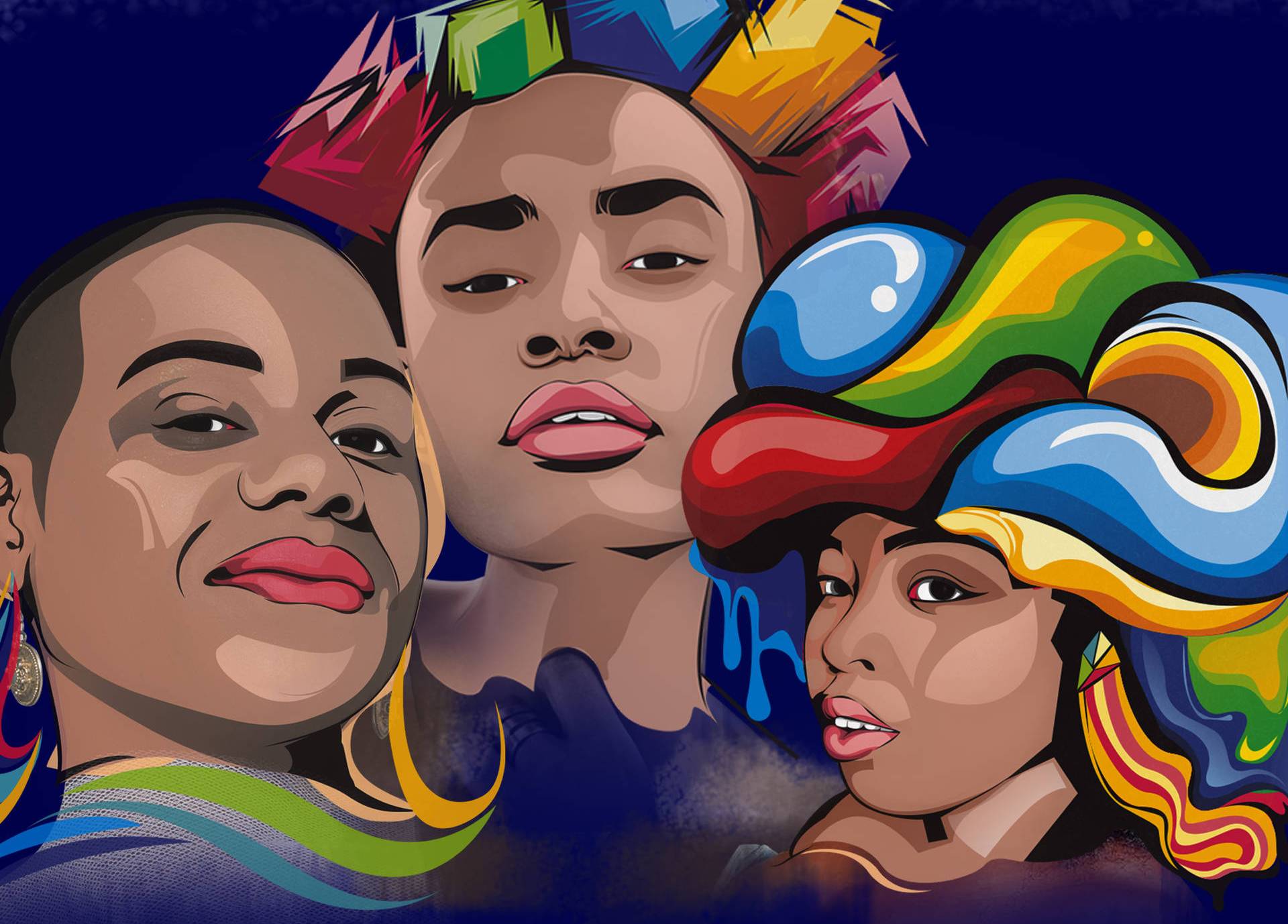 Which artists’ voices will caress your eardrums and insist that your fingers press rewind?

Well I’m no fortune teller but I’m willing to wager a drink… actually make that a bottle…that we will be hearing the voices of Jackie Queens, Sio and Zipho for quite some time

Now that I am on a roll, allow me to throw in a second bottle, on my second prediction that the Afro Tech sounds being forged in the Iklwa Brothers studios, will dominate many a House Head’s playlists.

I’m not so sure what Jackie Queens saw or “dreamt” that lead her to inviting two of the new school’s more talented vocalists, to join her on “Women of House”, a three track EP produced by the Iklwa Brothers music label.

Sio and Zipho, who are part of the exciting new wave of House Music vocalists and songwriters, join Jackie Queens on what is emerging to be an important release in the genre this year.

The EP opens with a dark, brooding Omak beat on which Sio’s breathy vocals float over. 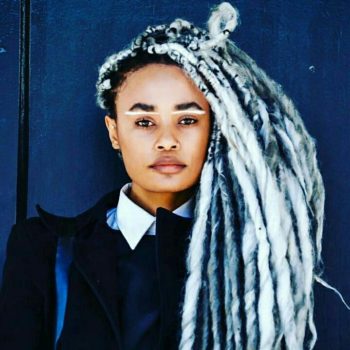 “I had the freedom to create whatever I felt would work with Omak’s awesome beat,” says Sio.

As has become her trademark, Sio goes the abstract route making references to how the subject of the song makes a pilgrimage to “Tokyo” after which the song is named.

“I let the mood of the beat lead me. It didn’t ask me for a love story.

“Something about it was old mystic meets new mysticism and that is what I tried to convey from within the beat,” says the avant-garde songstress.

…the inspiration for art shouldn’t always be obvious”.

One will not always “get” the exact meaning behind Sio’s lyrics, but boy or boy don’t they burrow into your soul.

Sio states quite sensibly that “the inspiration for art shouldn’t always be obvious”.

“The lyrical content of my songs, in general, isn’t really something people get immediately, it never has been,” Sio goes on to say about her craft.

I’m determined to bring a fresh new sound to the genre that breaks any particular market.” 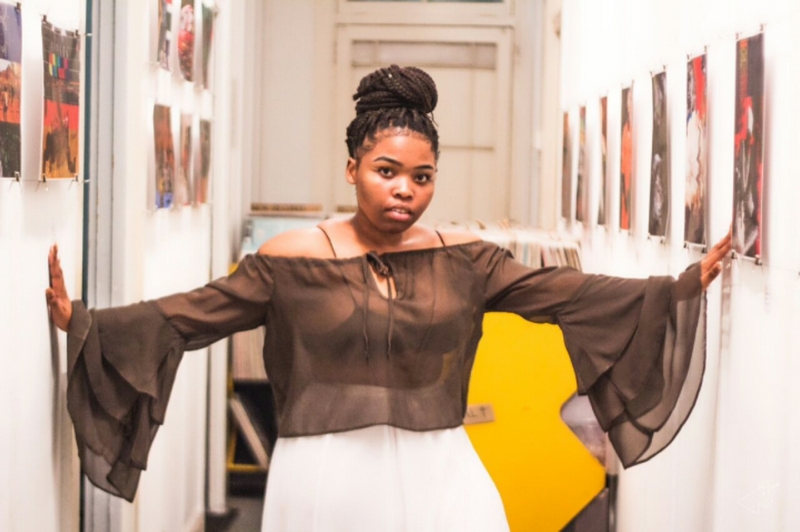 Straight after the “controlled hurricane” that is “Tokyo” the EP plunges straight into “Last Summer” an upbeat track created by Sixnautic and featuring the vocals of Zipho, the new “it” girl on the block.

Despite the dance floor friendly beat and an upbeat delivery by Zipho, this song is actually about struggles in a relationship.

Well, these seeming contradictions are what make this track stand out. 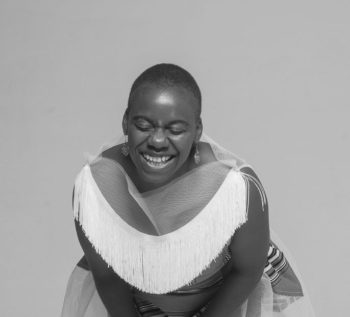 “The first thoughts that flooded my mind were ‘South Africa has heard nothing like this before’ and being overcome with the need to share this fresh, unique and powerful feeling,” says Zipho about her reactions when she first heard the mastered version of the song.

In terms of years in the industry and releases, Zipho is the “freshwoman” on this project, so I prod her on what she thinks are the “X” or shall we say “Z” factors that drew Jackie Queens to ask her to be a part of this project.

“I think one particular thing that might have drawn her close to me or to be involved in the project was our welcoming presence and love for music.

“The intention is to represent a genuine human experience, healing, a message and most importantly a collective feeling,” responds Zipho.

She goes on to say that her alternative approach to song writing on House instrumentals appeals to a new “sub-community of urban African women and youth”.

“I’m determined to bring a fresh new sound to the genre that breaks any particular market.

“I’m determined to also be myself throughout that,” says Zipho of her creative ambitions.

We complement each other well and this particular remix is one of my favourites because it has all the hallmarks of his signature Afro tech sound with no frills.” 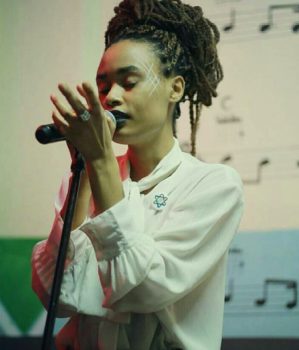 The closing track on the EP reunites Jackie Queens with Enoo Napa, her long-time trusty collaborator and accomplice in the hugely popular “Conqueror”.

The Afro Tech sound synonymous with Enoo Napa is brought to the fore in the form of a”Travellerz Mix” of “Glow”, a track Jackie Queens had recorded before.

Jackie Queens credits Enoo Napa for introducing her to the Iklwa Brothers sound.

“We complement each other well and this particular remix is one of my favourites because it has all the hallmarks of his signature Afro tech sound with no frills.

“I love it!” says Jackie Queens about the duo’s latest release..

Asked about her overall intentions the “Conqueror” hit-maker says that the EP was not the result of a Eureka moment, but more of a progression of an ongoing project she established a while back. 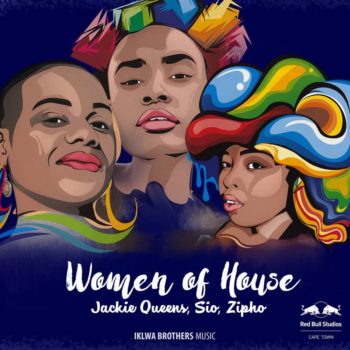 “The Women of House EP is an offshoot of my #womenofhouse project which began as a series of sporadic interviews.

“The EP is the first step to my grand dream of making #womenofhouse a canonical project through music, research, literature, visual and oral storytelling,” says Jackie Queens.

Regarding the inclusion of Zipho and Sio on the Woman of House EP, Jackie Queens says that their existing relationship which she refers to as a. “cyber sisterhood” coupled with her admiration for their work influenced her choice.

“I can confidently say the EP is my way of seeing into the future.

“Even though there is a lot of talent out there I think we are already hearing and will continue to receive groundbreaking work from these two for years to come,” she says.

Interestingly the process of putting together the nuts and bolts on which the project was built began in 2016 when Jackie Queens initiated contact with Iklwa Brothers.

“They release a Christmas package annually, so the initial plan was a Women of House Iklwa Brothers collaboration for the 2016 festive season,” Jackie Queens says.

Though recording did take place, the actual release however was mid this year. 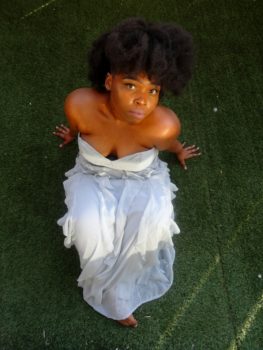 “Only after I started working on my “Mwanangu” and the “GIRLS 2″ EPs did I decide to release this one as well through Red Bull Studios” explains Jackie Queens.

Though Jackie Queens alludes jokingly to “wine and whisky helping her retain her sanity during the implementation stages of putting together the “Women of House” EP, she makes special mention of Sandile Magwaza, one of the Iklwa Brothers Managing Members, for his input.

“He handled the producers and was very good at ensuring they met deadlines. There were many times when I would complain of being exhausted as I was managing two other projects at the same time, but Sandile would firmly but very gently encourage me to keep it moving!” laughs Jackie Queens.

While she already knew and had worked with Enoo Napa before, Jackie Queens opted to include two other lesser known but talented producers from the Iklwa Brothers stable.

“Of all the producers from the camp Omak and Sixnautic are the least prolific so I thought this would be a good opportunity to get something out of them!” the Women of House curator says.

She salutes their still emerging talents.

“Omak produces some of the most emotive stuff I’ve heard. 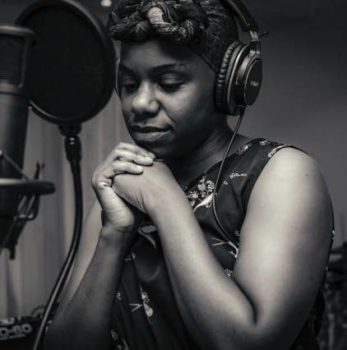 If you listen closely there’s a sophistication and worldly-wise way to his music that carries varied influences,” says Jackie Queens

As the curator of such a boundary bending project, Jackie Queens says that as musicians their greatest desire is for listeners to connect to the heart of the music.

“I know from our side, we’ve put the sincerest parts of who we are into it.

As musicians we try things out not knowing how it’s going to be received but there’s always a desire that whoever is touched by it comes away knowing a little more about you and themselves,” states Jackie Queens.

The Women of House EP is available for download on major online platforms.