When you name your debut album ‘Future Classics’ you’d best be sure you can live up to such a bold statement, but the duo known as Vini Vici needn’t have worried. 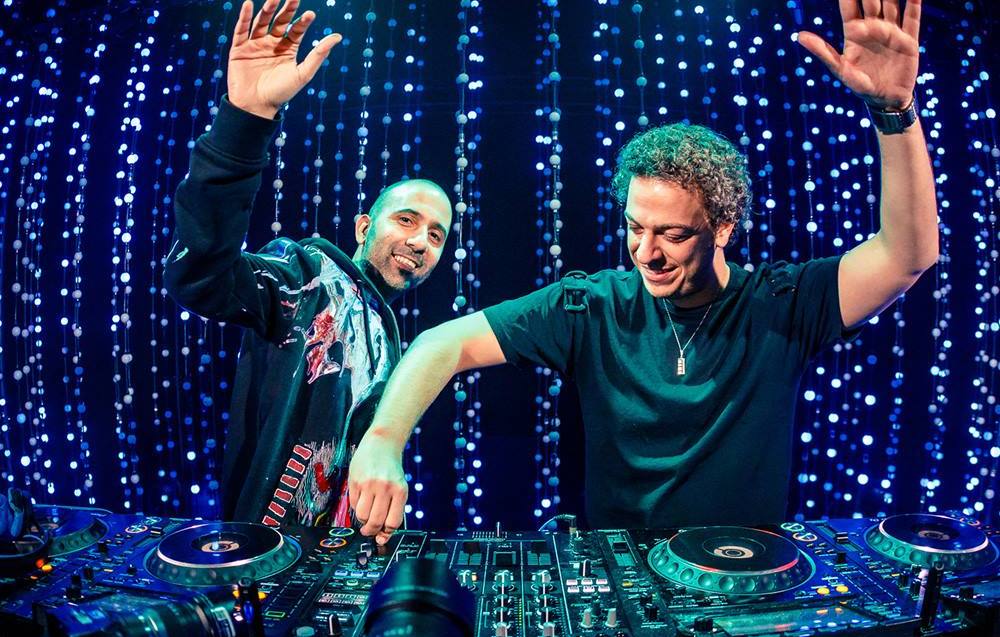 They clearly knew what they had created and where they wanted to go.

If you are new to psy and progressive trance circles, or perhaps you’ve discovered Vini Vici via massive EDM events such as Tomorrowland, Ultra or ASOT 500, you may be surprised to know that Aviram Saharai & Matan Kadosh were far from new to the scene when they announced themselves with ‘Future Classics.’

As two young teenage music producers in Israel, they cut their teeth on the full on Israeli psytrance sounds of the day, and were known as Sesto Sento, back in the early 2000s. 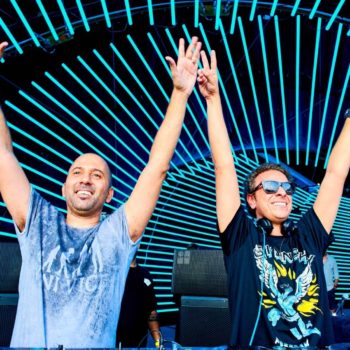 Which is why when they infiltrated the psy scene with their first release in 2013, Divine Mode/Trust in Trance on Iboga Records, those who knew the protagonists behind the music immediately sat up and took notice.

Although they hadn’t completely refined the signature Vini Vici sound as we know it today, their debut releases in 2013 were the forerunners to something new and exciting for a scene that thrives on a fresh take on an existing formula.

By the time ‘Future Classics’ dropped in 2015, also on Iboga Records, and with several massive collabs under their belt, the template for the Vini Vici sound was set, and was to become the biggest thing in progressive trance in over a decade.

Using their depth of experience at producing dance music, the duo had evidently observed the new wave of Israeli progressive trance which sported massive kick and bass, a more minimal arrangement style and huge melodies, and then delivered their version of this popular style.

The dye was cast, and Vini Vici exploded onto the scene.

Life is a Remix 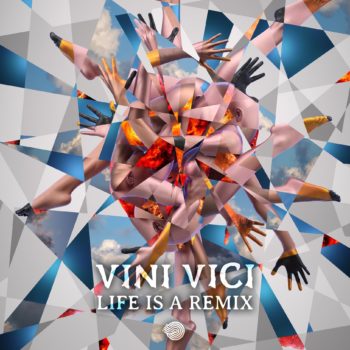 Yet, Vini Vici is now a household name in both trance and EDM circles.

An ear for creating a memorable hit dance track, the duo has, in a short space of time, garnered a catalogue of dancefloor bombs that would make any producer salivate at the prospect of remixing them.

And so it is, that 23 producers in the upper echelons of the progressive psytrance world, have all come together to deliver ‘Life is a Remix,’ 18 dancefloor bombshells reworked, reimagined and with new life, to smash dancefloors once again.

In & Out is a deep afternoon sexy single-note bassline groove. The king of uplifting melodies, Liquid Soul, has transformed the original into a rolling bassline monster on this massive remix. It’s a guaranteed floor filler!!!

Talking with U.f.o’s from Vini Vici’s ‘Future Classics’ typifies the sound of that album with its minimal use of layers and melody. Ace Ventura & Outsiders completely flip the script and turn this into a high octane melodic banger with clever use of original sounds and Outsider’s signature soaring leads.

Universe Inside Me is a massive collab with Liquid Soul, and when first released, was in every daytime trance DJs playlist. Ghost Rider & Ranji stay fairly true to the original on this retake but also add their signature pitch transposition and melodic use of vocals, which will please their fans.

Blastoyz has had a huge couple of years with some big tracks so it is no surprise he was tasked with reinterpreting Adhana, the Vini Vici/Astrix classic. Almost unrecognisable until the main break, Blastoyz adds his bouncy groove to an already massive track.

How does one turn a track as HUGE as The Tribe into something equally MASSIVE? Well for starters, you add guitars and who else but Bliss to unleash his havoc on  a track many see as the turning point in Vini Vici’s rise in popularity to global trance rock stars. I can see the dust flying across the dancefloor right now!

Anything & Everything was released as one of the singles leading up to ‘Future Classics’ and it is a great combination of Vini Vici’s massive production and Pixel’s unique soundscapes. Trance legends, Infected Mushroom, add their unique signature on the remix, turning the minimal original into a squelchy bender, respite with soaring classical melodies.

Fkd up Kids is another massive Vini track, instantly recognisable by the unique style they created. It’s fitting then that another giant of psytrance who forged his own massive kick and bass sound, Skazi, gets hold of this one. Teaming up with Pop Art, their remix remains quite true to the original, but with the volume turned beyond max with an extra dose of ‘Skazi’ness!’

Namaste is one of the more musical tracks from ‘Future Classics,’ so its fitting that Highlight Tribe, who wrote the original version of ‘Free Tibet,’ a track Vini Vici remixed into one of the biggest trance hits ever, get to add their unique, organic flavour to this great track.

Back Underground is a collab with Major 7 and was one of their first ever releases. One can hear where they were heading with their sound, albeit early days. GMS injects his high energy full on groove to create a melodic storyline, whilst keeping some key ingredients from the original front and centre.

Everybody’s favourite shirtless psytrance rock star, Tristan, may be the biggest surprise addition to the album. While Expender, the original first released in 2014, is another progressive bomb, Tristan does his best to turn it into a massive super psychedelic monster adding his signature UK psy sound loved by many the world over.

Trust in Trance always felt like an ode to nineties Goa trance so it’s fitting that one of the legends of that era, Astral Projection, are handed remix duties on this. The result is an even more Goa trance sound than the original, right down to the kick drum. For some oldskool nostalgia it’s right on the button.

Divine Mode was actually the first track on the same EP as Trust in Trance but is quite different. Pixel retains the square bass on his version, unsurprisingly so, since Pixel has released a few tracks in this vein. This is typical Pixel with his interesting and unique use of synth sounds, effortless groove and sparkling production.

Alteza  is another cut from ‘Future Classics,’ and the original is a powerful driving psy-prog monster. Phaxe retains the original bassline arrangement but adds his own signature to its production whilst adding a few little quirky twists. He also keeps the psy vibes going but adds his signature uplifting melodies for a happier retake.

If you were expecting Captain Hook’s remake of Veni Vidi Vici to resemble the original you’re obviously not too familiar with ‘the Hook’s’ production style. This 14 minute hypnotic groover is everything you’d expect from Captain Hook with extra acid lines, deep squelches and moody soundscapes that take one down a twisty rabbit hole quite far removed from the original.

Flashback is another Vini Vici / Pixel collab, a combo that effortlessly combines the former’s massive production with the latter’s unique choice of synth sounds. Freedom Fighters keeps the square bass going on his remix but adds an extra few layers of acid techno and tribal percussion resulting in a real hypnotic stomper!

The Calling by Vini Vici and Ace Ventura is exactly what it says on the tin! A massive calling to kick up some dancefloor dust. The Arc & Alusin throw a refreshingly different spin on the original, dropping the tempo down to a meaty 128 bpm for a massive electro monster sure to be smashed in clubs around the world.

It is only fitting that Life is a Remix should end with a beautiful downtempo version Adhana written by two of psytrance’s biggest names, Vini Vici and Astrix. It’s equally fitting that the remix is done by downbeat masters Desert Dwellers and the result is everything one would hope for. An absorbing and meaningful end to a MASSIVE remix album.

Vini Vici – Life is a Remix is a huge collection of reimagined versions of most of their classic tracks produced by some of the biggest names in trance today.

Grab your copy of Vini Vici – Life Is A Remix