Whoa! Wait a minute! Has it been a whole decade since UPZ ‘s Pure Surprise first seduced us with its lush melodies and sensual vocals!? 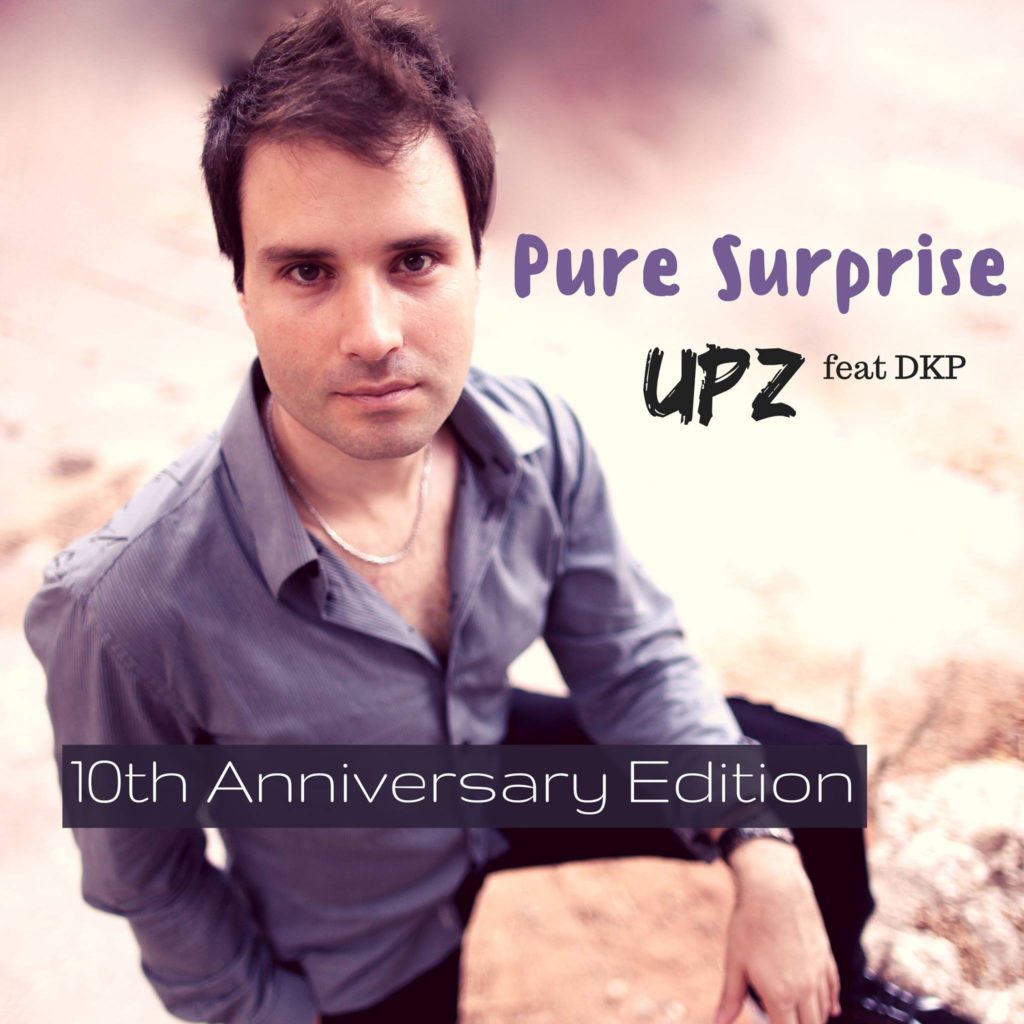 Well apparently it has and as a matter of fact the muso behind this iconic House Music jam has just released a 10th Anniversary Remaster.

We talk to UPZ about the magic as well as mechanics behind the track, how it got it’s name and just about everything you wanted to know about “Pure Surprise”.

Oh, by the way if by some incredible chance you lived under a sound proof rock when it was first released, you now get the chance to be enchanted by the remastered original as well as a seriously cool accompanying remix.

I know you grew up in Joburg but were living in Tel-Aviv and jetting in and out of SA when the track was first released.  Since 2014 you’ve however settled permanently in SA. How has this return been for you?

It’s great; I love the musical vibes in SA and the different genres that get produced here….Indie, House, Hip Hop, Jazz.

Since my school days and graduating at WITS, quiet a few things have changed on the music scene, but I think that’s awesome and I’m all for musical progress and evolvement.

Talking of evolution. Ten years on and “Pure Surprise” still sounds super fresh and can stir up a crowd on any day! What do you think it is about this track that has made it not only timeless but appealing even to a “non-House Music” audience?

I think it’s the emotion it conveys, the story behind the lyrics, the way it’s sung, the voice, the sultry chorus, the chords and beat, bassline too.

It feels both that your in a club partying away and that you’re with your girlfriend at home romancing.

Let’s take it back to 2006/7 when you created what has since become an SA House Music classic. What emotions did you want to convey when your first entered the studio to create “Pure Surprise”? 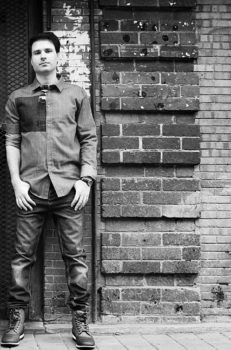 It all came to me so quick really; the chords melody, lyrics and all.

That’s why I called it “Pure Surprise”

I wanted to create this make belief romantic story which many of us have encountered variations of in real life and can basically relate to.

Kinda like writing a diary of in the morning of events that happened the night before, in Kingston Town, Jamaica.

“Pure Surprise” was somewhat futuristic in that it contained elements that would only become widely used years later in the form of the Tropical House sound. What kinds of sounds influenced you during the creation process?

Also the combination of Rap on House music, I thought that was quiet interesting and not done often enough.

At what stage did you realise “Oh my gosh I have created something extra special here”?

I felt there was something moving about the song but that feeling wasn’t a ‘commercial’ one so to speak.

So when the track ended up blowing up in 2009 it surprised me a bit, as this was two years after the House mix was released.

The feedback people have to this day on that track, means I must have touched someone somewhere, and that is quiet special.

You could have simply celebrated the legacy created by the original “Pure Surprise” and we would have all been happy and continued being serenaded by it. What made you decide to “tweak” it as it were?

I always felt there were some aspects of the original mix that could’ve sounded a bit better and needed some tweaking like the crispness of the vocal.

The 2007 mix is great but sounds a bit like a speeded up R&B vocal remixed (which is what it is actually).

So I though instead of just celebrating the legacy, let me do a remaster and freshen it up a bit.

It also gave me an opportunity do a work on a new mix of Pure Surprise, called the 2017 Sunrise Mix with a new sound, approach…more melodic house, more tropical in vibe; hopefully it will also appeal to a new market that missed out on it the first time round. 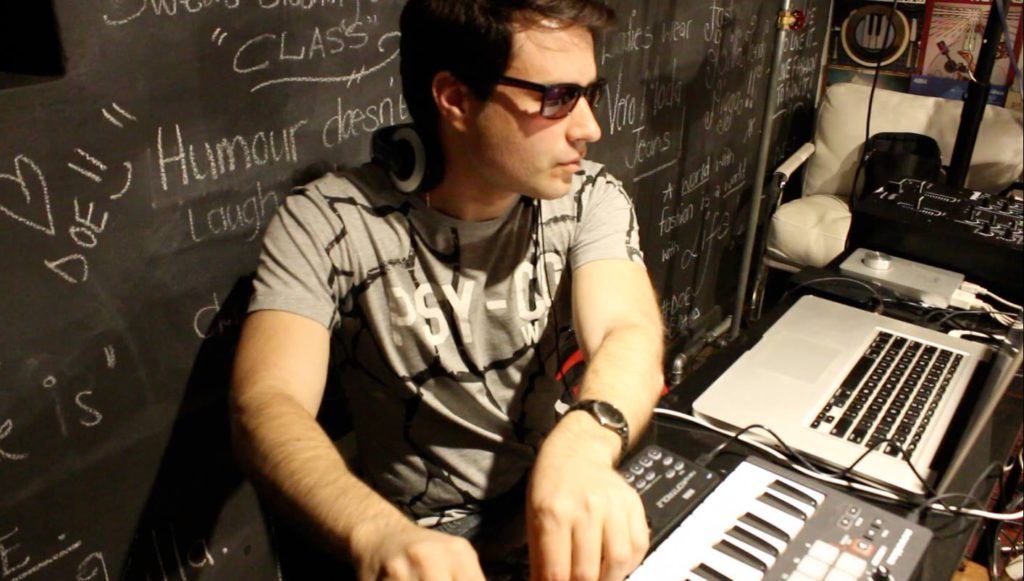 What elements have you rearranged, recreated or even created from scratch for this remaster?

The 2017 Remaster has mostly the same elements.

Some drum percussions needed to be re-created I needed to tweak the eq and brightness of some of the channels and especially vocal; we did a new mix down and master together with Sean Mcilwaine of Sweet Track Audio from Joburg.

The 2017 Sunrise mix is all new though, with a tweaked vocal and updated production techniques.

What are the things that you believe will strike listeners when they first hear it?

The Remaster has a clearer vocal and is more punchy.

What kind of mood do you foresee the 2017 Anniversary Edition being most suited for is it for lovers enjoying a glass of wine, a long distance journey or even the club?

In terms of production software and hardware how is the current setup different from the one you used in the original production? 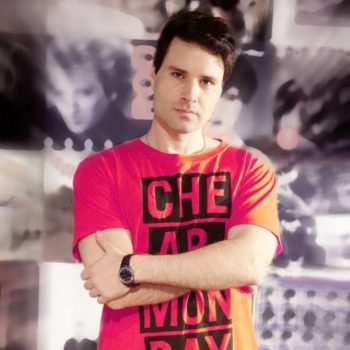 I’m still using Logic, but updated to the 9 and X.

I’m now on Mac, back then used PC.

I also now mostly outsource mix-down and mastering when I used to do it all myself back then.

My setup in general is still pretty simple.

I have some outboard but am predominantly laptop based.

I often work and even produce in coffee shops and hotel lobbies laughs.

How did the 2017 Sunrise Mix come about?

Quiet spontaneously…earlier this year I was listening to the Pure Surprise vocal again and thought it would be great trying out with a new production sound and see how that works.

So I started composing new chords and the production style ended up being Melodic and Tropical House in style and both club and radio friendly I feel, while respecting and complimenting the vibe of the original version.

On what formats will the 10th Anniversary Edition be available?

Digital for now on all stores including Traxsource, Beatport, itunes…

We may opt for a physical release together with a new UPZ EP (January release) or possibly a best Of UPZ compilation sometime in 2017, celebrating a decade of UPZ.

Are we likely to see other DJs and producers being invited to make official remixes? 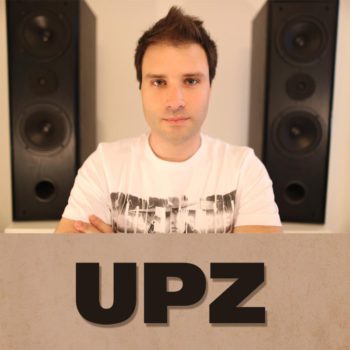 Over the years people tried a lot of unofficial remixes as the acapella is available online.

Sadly, none of those remixes really worked in my opinion.

Something about the musicality of the vocal that needs a certain approach I think.

These days I also don’t believe tracks should have too many remixes…one or two max.

As I already did a Sunrise Mix, I don’t see much room or a point of an additional one.

“Pure Surprise” is also scheduled for the visual treatment in the form of a video. Tell us about how that came about and why now?

Back when it was released in 2009 with Soul Candi, there was quiet a lot of talk and plans around doing music video, but logistically we ran into delays, partially due to me being based in Tel-Aviv at the time.

So no video got to being made and I thought over the years and especially recently, that it would be really awesome to have a video for the track, as people continuously keep talking about the track.

Now that we’re releasing the 10th Anniversary edition, the timing is perfect I think for that long overdue Pure Surprise video, which I hope the viewers will like.

What can we expect from the video?

We will probably be doing two videos, one for the Pure Surprise 2017 Sunrise mix, and a cool lyric video for the 2017 Remaster.

Seeing people love to sing Pure Surprise and often get the chorus lyrics wrong (it’s not aye aye ayyyyyy laughs), I thought it would be great to have a lyric video for the track.

The video will be kinda light and a bit humorous too I hope; directed and edited by Day Schwartz.

Let’s zoom into the future. 2027 to be precise. Can we expect a 20th anniversary remaster to be issued?