You are here: Home / Featured / Tongue and Groove chat ahead of Origin Fest 2018

Tongue and Groove chat ahead of Origin Fest 2018

We chatted to Tongue and Groove a while back as I earmarked them as something really cool and different for the psytrance scene; lower BPM music but NOT prog! Super psychedelic, but not slamming! 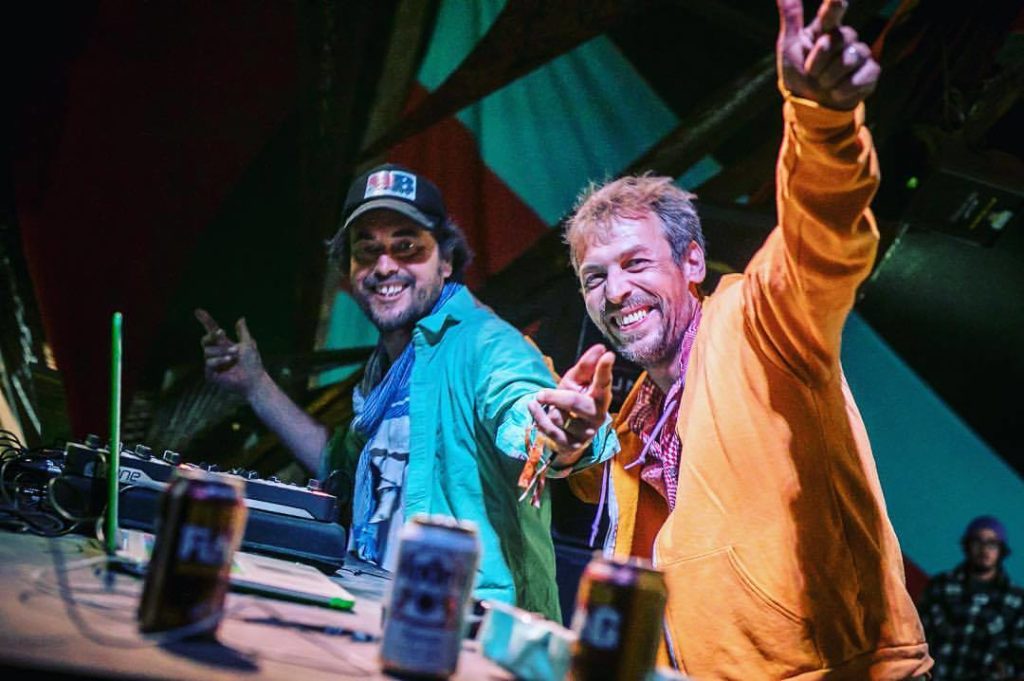 Now the UK duo will be closing Origin Festival 2018 and I really think they are going to steal the show.

I chatted to the crazy nutters, Ric and Jake aka Tongue and Groove ahead of Origin… and now I’m doubly excited!

Psytrance is spreading like wildfire in the States at the moment so maybe we should send Trump some music, need to somehow dose him up…”

The last time we chatted was in 2016. You’d just completed a remix of the Green Nuns of the Revolution classic, Rock Bitch. I hope it’s on your setlist for Origin 😊

Tongue and Groove: Well……. it has been a while since we remixed Rock Bitch and it was always a definite track in our live set, like the sharpest double-edged sword it is (sorry to say!) not going to make it for Origin but on the other hand we have got a load of rocking new tracks that we are going to play.

Three of them we will be debuting at Origin for their very first play to a dance floor. So that’s pretty exciting and always quite a moment when you drop brand new super fresh music on a having it crowd.

While we’re on the topic of awesome remixes. Is there any specific track you guys have had your eye on for ages and would really love to have a stab at remixing?

Tongue and Groove: We are in the process of finishing off a remix for Ace Ventura (Yoni if you are reading this on a plane somewhere it is coming!), we are also doing a Future Frequency remix, a remix of Prana (Matsuri) and also on remixing duty for a Paul Oakenfold track.

We are hard at it finishing our album, which is now getting surprisingly close.

So, remixes above and everything else is on hold until the album is in the bag!  Watch this space, it is arriving this year, 2018!!

You got to play some killer gigs last year. Independence Day in Israel looked a blast, Ozora no doubt was killer and, well, Oregon Eclipse must have been mind-blowing. And now you’ll be kicking off 2018 with another bucket-list event – Origin in South Africa. Any other BIG festival moments that stood out for you in 2017? 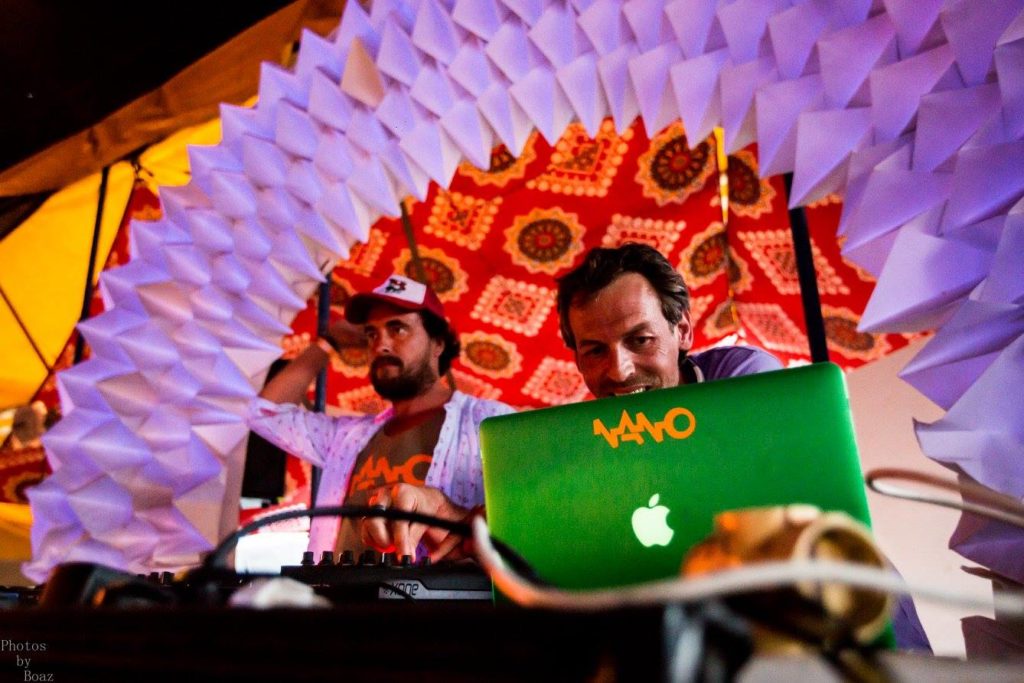 Tongue and Groove: Really hard to top the ones you mentioned above.

Israel is always awesome for the dance floor vibes, they sure like to party and dance hard. Ozora is well, just consistently one of the best festivals on the scene. The Eclipse was an incredible event, made even better by having an A-Z of artist crew there and they were really having it on the psy stage. 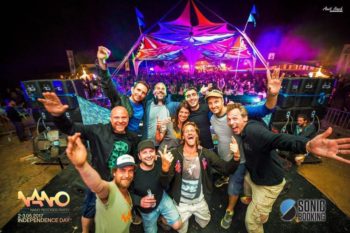 Psytrance is spreading like wildfire in the States at the moment so maybe we should send Trump some music, need to somehow dose him up too so he gains some sort of a conscience and then saves the planet whilst partying to psychedelic electronic music 😊

Anyway, not sure how we are suddenly going down that path.

Funnily enough we had a Nano night in Frome (our local town, with Regan, Monique, Tristan, Jez and Pogo) and rammed the place and it was a really rocking night! Brilliant fun.

Boomtown in the UK is a fantastic festival and was also a highlight of last summer.

Speaking of Oregon Eclipse, with that massive lineup across all the stages, did any single artist blow you away? 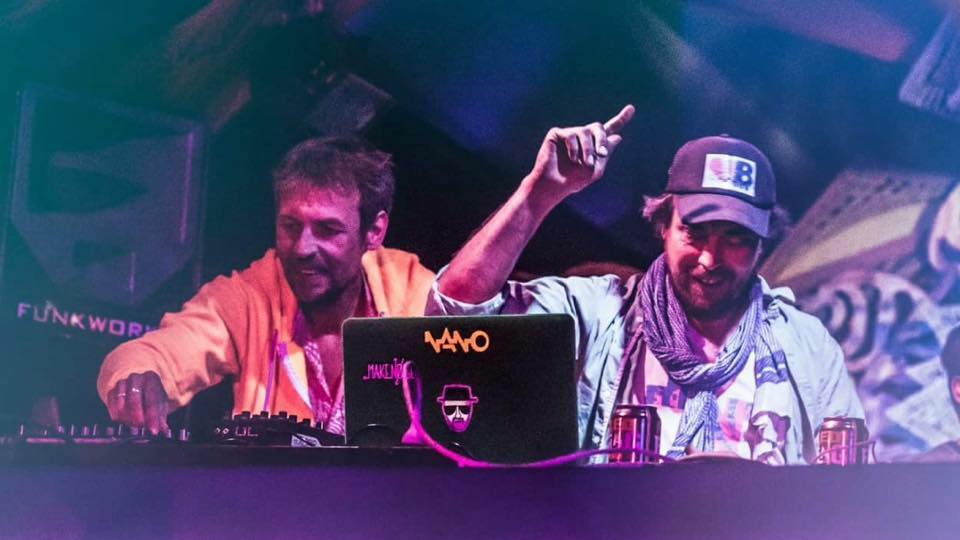 To name a few, Gaudi, Mirror System, Opiuo on the other stages….and shit loads of the psytrance acts on the Sun Stage.

Ric, you used to release on Flying Rhino (among other labels) back in the day. In fact, it just twigged that I still have some of your Dragon releases. It must please you to see that James has resurrected the label and especially focusing on groovier side of the tempo range…

Tongue and Groove: Yeah, it’s great they have managed to get the Rhino flying again.

I was really chuffed to get a remix of an old Pollinator track on their recent “X-dream Remixed” album.

‘Parent Plant’ was one of my favourite acid groovers from back in the day so when Lucas said that they were up for a Sybarite remix of it we got straight in the studio.

In fact, it’s more of a cover than a remix as there was no audio at all as the original came out in 1995.

Anyway, it’s amazing that the Rhinos are back in the game – there might even be a Tongue and Groove Technossomy remix somewhere on the horizon…

The first time I heard your music I actually remarked that you guys reminded me of ManMadeMan from the early 2000’s (in the best possible way). Lo and behold you remixed the classic Tristan & ManMadeMan track, William last year and it’s a corker. With your artist label mates at NANO as well as all the other nutter producers from the UK you no doubt have known for years, have you ever considered creating an album of awesome lower bpm renditions of classic UK psy? (There’s an idea 😉)

Tongue and Groove: Funnily enough we did talk about that a few years ago. It is a great idea, but we think at the moment we want to focus (after album release) on remixing current tracks.

Also on getting our tracks remixed.

Who would you guys like to see remixing some Tongue and Groove music? Would love to hear your ideas.

Tongue and Groove: As you mentioned we did William, also we have done The Overlords – Sundown that came out on Iboga and we have Prana – Boundless to do for Matsuri. It is a real honour getting to remix music that has defined our sound, but we don’t want to get labelled as the blokes who remix retro tracks, so we will be getting all futuristic in the near future, if you get the drift and that makes any sense at all.

Not to say that a UK remix album is off the cards! 😉

Where will we find you at Origin during the party? Main stage dancefloor (psy), Beats Floor (techno, house), the bar or back at your accommodation chilling? 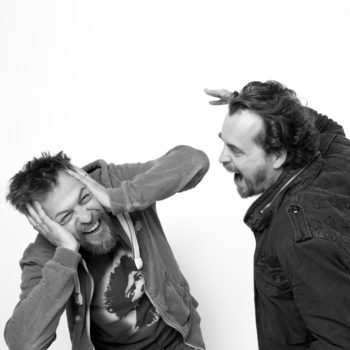 Back at the accommodation chilling?????

What’s your biggest track to date in terms of:

Tongue and Groove: Shwangle Buffet (One of our upcoming album tracks)

Tongue and Groove: Rock Bitch (Had the likes of Paul Oakenfold playing it)

C) Toughest one to complete

Tongue and Groove: The Overlords – Sundown (such an iconic track that always makes it harder as such a responsibility to get it right, as one of our good mates said remixing any old track is like shagging a B list celebrity, remixing a track like that is like sleeping with Royalty)

D) The one you are both unanimously the happiest with…

Tongue and Groove: Amnesiak (our ground-breaking track that signed us to Nano)

Final shout out to the Cape Town massive before we get down and groove, with our tongues out… 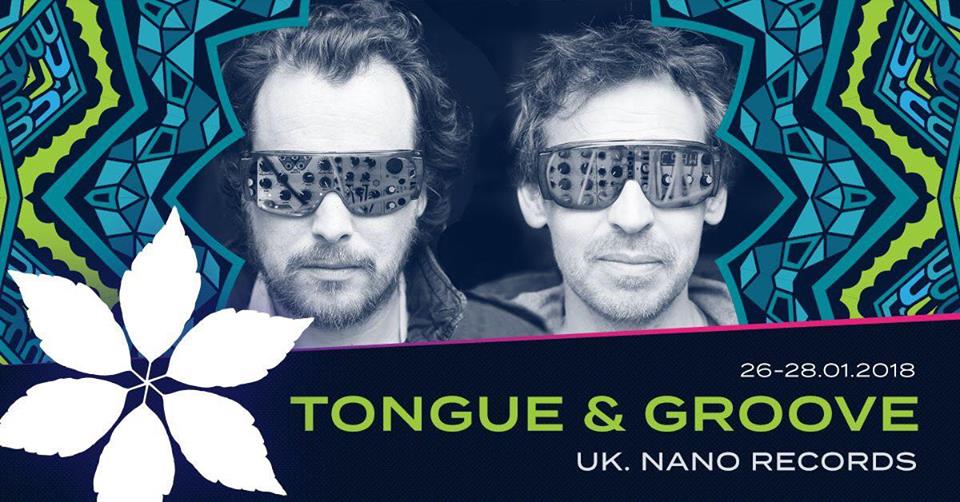 Tongue and Groove: What to say apart from…. Let’s Rock It!!!

We are really stoked about coming to Cape Town and making our SA debut at Origin and also really honoured to be closing the Origin Stage on Sunday.

We will finish the festival off with a psychedelic bang.

We have some surprises in store and as we said earlier we will be playing for the very first time three of our album tracks along with some of the other album tracks which we have road tested with great results.

And of course, we will be dropping some of our releases too. Cape Town massive we can’t wait to get down, dirty and funky with you all.

Check out all the line up times here.