You are here: Home / Featured / Thibo Tazz from Red Bull Music to Glastonbury

Thibo Tazz plays Glastonbury and back to back with Skrillex 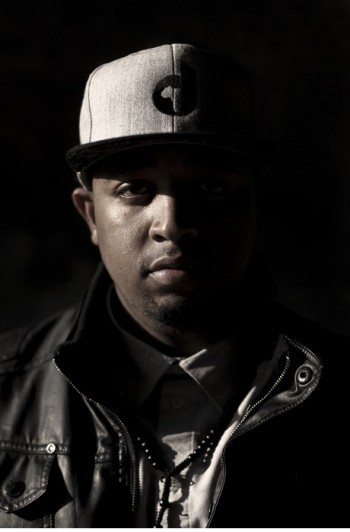 Thibo Tazz did not take the predictable route when forging his career as a House DJ and producer. Hailing from Kroonstad the obvious move would have been to head to Pretoria, the deep house capital of South Africa and start plugging away at getting noticed. But Thibo’s reputation for eclectic tastes in music, his Afro rhythms flirting on the borders of Techno at times, meant only one place for him: Cape Town.

Having represented South Africa at the Red Bull Music Academy in 2008 which culminated in two very well received tracks on the Red Bull ‘Various Assets’ compilation,  just two months ago he performed at Glastonbury as well as doing a back to back set at a private party with Skrillex, all part of the Bridges for Music initiative to take promising African talent to the biggest stages. We tracked him down to see if he’s caught his breath yet…

Tell us about your involvement with Red Bull? How it came about, how long you have been working with them and how they have helped you as a DJ?

Thibo Tazz: My first encounter with Red Bull was back in my varsity days when I was introduced to the then Culture Specialist, Luke Bartman – they used to organize promotional events at the UCT lower campus residential area. At that time I was just part of a flock of DJ’s who all thought we were the hottest thing in the student market. However I quickly established relations with the brand and started following how their vision for the industry could be similar to mine. At the same time I had met Ivan Turanjanin (who at that time was the Red Bull Studio Manager) a couple of times through Global Breakthrough Festival events. I was a big fan of Killer Robot and I was always that odd kid finding his way to some cool underground party. My relationship with Ivan motivated me to apply for the 2008 Red Bull Music Academy hosted in Barcelona. I can honestly say that Luke and Ivan had a big impact on where I am now, having gone to Barcelona with my good friend, Culoe De Song.

So you weren’t just the token black guy back then when Red Bull seemed more focused on Techno?

Thibo Tazz: I feel it’s a natural form of thinking when you come into your own to bring something different into the industry that is still growing in Cape Town. Now that I reflect on it I don’t think I was a token at all. It was intimidating at times as I also had limited knowledge of the techno scene and the movers and shakers in Cape Town, having come from another region of South Africa. However my values and opinions about how I think the Cape Town electronic scene should be heading have always been valued and respected among guys who were twice my age with limited understanding of the township scene.

Nowadays they [Red Bull] are pushing hard with South African [urban] deep house music. You must be pleased at how much effort they put into the scene now?

Thibo Tazz: I am a firm believer in patience. The South African Urban House Scene is by far the biggest in the country in terms of overall numbers and support. DJ’s can now make a comfortable living from just being entertainers. I am pleased with the investment that a brand like Red Bull has made in the scene particularly in Cape Town, which has always been underrated compared to Johannesburg and Durban.

Born in Kroonstad, working and living in Cape Town. One would have thought you may have chosen Pretoria for DJing House since the scene is so much bigger up there. What made you come to Cape Town?

You’re right; the urban music scene in Pretoria is massive; it is the capital of urban deep house to many that know. I always consider myself as someone who does not follow trends that are already in place. But rather to build something that many will respect you for in the future. That’s how legends are made. I was drawn to  Cape Town from when I was in high school still. I was literally one of a handful of kids who decided to come south instead of the usual move to Johannesburg.

We may not reap the rewards as compared to other parts of the country but there is a much bigger meaning for me to be here to pass along what I know to the next generation. Music is bigger than anyone and we need to enrich the young guys with that philosophy regardless of where we decide to build the scene.

What is it about deep house that makes it the soundtrack to township life today? 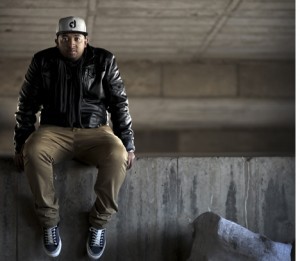 South African townships have always faced hardships and we’re not that far into the democratic era, so we still face many issues. Music has always been a way for people to escape their everyday problems and just let go for given moments. Urban house has been in the forefront of bringing those emotions out and turning what seems like heartache into joy. You see it by the way we dance, how we celebrate at deep house parties; we scream, shout and whistle over good music. There is nothing stronger than music to bring people together, reconcile enemies and integrate different races under one roof.

You’ve been hard at work on your own productions too. Which track do you feel is your finest one so far?

Thibo Tazz: Yeah I have been hard at work making my own unique sound. My favourite beat at the moment is “Thibo Tazz -In the House” that I released under Naas Music . I like this beat because every time I approach a new song I use all the knowledge I have learnt through interacting with other producers, picking up some tips along the way and experimentation. There are still a lot more beats I have in my catalogue but so far this one stands out.

Is it essential for DJs to produce their own music to forge a career in this industry?

Thibo Tazz: It’s become important for DJ’s to make their own music in order to gain recognition in the industry. However I do not think it’s necessary. Granted most DJ/Producers are certainly earning more from gigs as people pay to see the people behind their favourite tracks. But one thing I have seen from other legendary DJ’s in South Africa is that if you have been doing a great job pushing the work you do and made the right relationships you can still be a well respected artist in the scene. I believe this is a question that is best approached from an individual point of view. I make my own because I have always been an artist who wants to offer a full musical experience when playing and if I can do so by making my own music then that is the path I am very happy to pursue.

Glastonbury. Bridges for Music. Was the experience all that you expected and more? 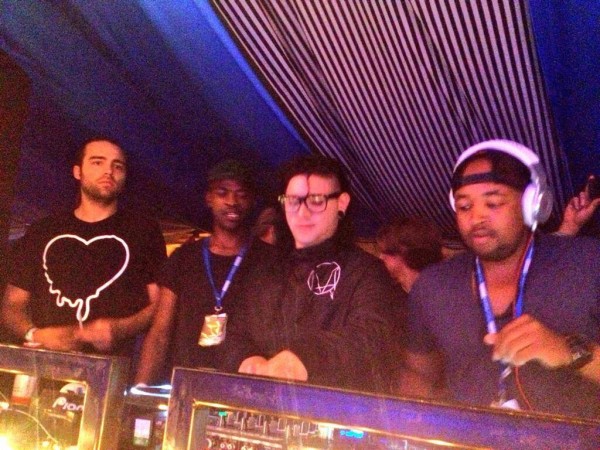 Thibo Tazz back to back with Skrillex

Thibo Tazz: The experience I gained at Glastonbury Festival will definitely go down as my most valued. I got a new perspective of where the South African scene is compared to the global music scene. And I’m happy to say we are not that far away at all. I got to meet some amazing individuals and got the pleasure of playing back to back with Skrillex for a secret party at The Rabbit Hole. Those for me are moments I treasure and am grateful for the opportunity that Bridges for Music gave me to showcase what I am all about. Glastonbury blew my mind away as I did not anticipate the magnitude of the event, the manner in which the organizers pay attention to the smallest detail and how the South African sound was so greatly received during the performances at the Blue Stage. I am happy with the experience I received and I am looking forward to applying the ideas down here in South Africa in the future.

Thibo Tazz ( Bridges for Music.org ) @ Glastonbury Festival by Bridges For Music on Mixcloud

Last question: Time to ‘Pass it Forward’. Name one SA up ‘n coming DJ/Producer that you’d nominate to get a similar opportunity that you just had: to play a massive festival in Europe and meet some of the big names.

Thibo Tazz: If there is one artist I have been admiring closely-  it has to be here in Cape Town – that would be Kenny Dolo (https://soundcloud.com/kennydolo). I respect his work and his work ethic is something that many can and should look up to. This is one dude I am looking forward to working with in near future projects.