You are here: Home / Featured / The mystique of Monique Bingham – Two part interview

The mystique of Monique Bingham 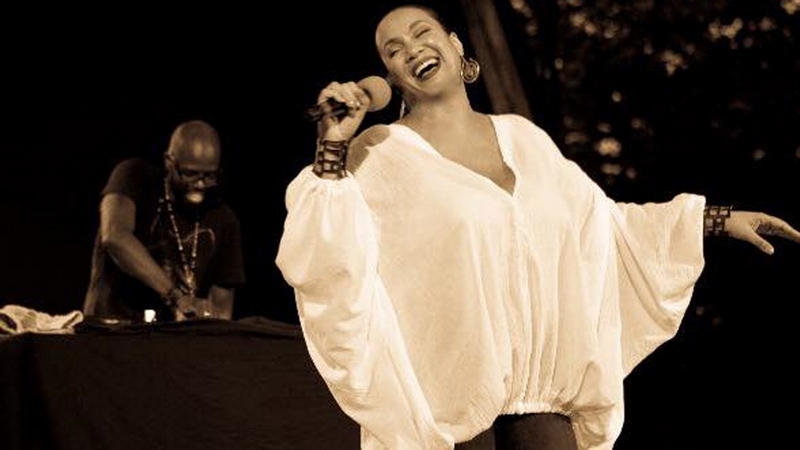 You’re either in for the long haul or you’re not.
Even if I end up homeless and have to play on the street for money, I’m still gonna have to practice my set.
It never ends if you’re in it for real, it just evolves.”

An almost surreal ability to pen soul-stirring lyrics coupled with a distinct voice have seen Monique Bingham birthing timeless musical pearls like ‘We had a thing’, ‘You. Me. World’ and off course the sublime ‘Take me to my love.’
While allowing listeners to peek into her more intimate moments, the sultry songstress has maintained a certain mystique which is at odds with the in-your-face brashness of the mainstream pop world.
Much like her music, chatting with Monique is an intense yet satisfying experience that affirms the immortality of well crafted art.

Join us in this two part journey as we engage with a thoughtful artist who is often referred to as the ‘queen of Soulful House.’

A lot of appreciative titles such as the ‘queen of Soulful House’ are thrown around when it comes to describing you. How does it feel to be regarded as House Music royalty?

Monique Bingham: It’s incredibly flattering when people say things like that because it speaks to the length and impact of your career.
My ego likes it but come on, how many queens can one genre of music have!
There’s like 18 queens of House or something right?
I jest!
Because I can’t wrap my head around the fact that two decades have flashed by much less being considered the queen of anything.

What were some of the highlights of your recent visit to South Africa?

Monique Bingham: I had the real Durban July experience this time.
I have played the Mother of all Parties a few years in a row with my Kalawa brothers but never got to absorb all the pomp and ceremony of the actual races until this year.
My horse must have popped a Xanax. Gambling is stupid.
There is always something so surreal though when I am at events like that in SA with all the media, fashion and fluff.
The MetroFM awards come to mind as well.
I find myself sort of stopping and looking around struck at how generally in the West no one thinks of events like that when they think of Africa.
And how just a few miles away from the event there is serious poverty.
It’s like ‘yay we’re drinking champagne in gowns’ but the dude serving the champagne has no electricity in his township.
Then that gets me thinking about the hypocrisy of the [United] States and how serious poverty in the US is hidden in plain sight.
Events like that are always distracting and intense but light and fun yet deep and heavy.
I find SA infinitely fascinating.

You have said that ‘After 20 years of making music and being on the road, I almost feel like I’m just getting started.’
A number of artists burn-out or simply lose that awe the music initially held for them. What keeps you fresh and in love with the music?

Monique Bingham: If one’s agenda is purely creative then one just keeps creating stuff.
Your life’s work is laid out for you with a career in the arts.
As a nine year old agonizing over my Casio keyboard, as a college student fighting with a bass, to being in my studio tonight completely stuck on a tune with one of the biggest House producers in the world.
You’re either in for the long haul or you’re not.
Even if I end up homeless and have to play on the street for money, I’m still gonna have to practice my set.
It never ends if you’re in it for real, it just evolves.
It is frustrating but sometimes so undeniably beautiful and rewarding.
The song; ‘You. Me. World’ was written as a little pep talk.
For those times when show biz is getting me down.
But even on the worst day it’s still some nice work if you can get it.

You have been at it for two decades and yet you have not put an album out to date! What has been the holdup?

Monique Bingham: I’ve written several albums worth of material.
It might be a ‘perfect is the enemy of the good’ sort of thing for me.
I want the recording to be amazing like all of the records I have loved, with a roster of musicians that I can look back on and be blown away by.
I know who to call, I have their telephone numbers!
But I have never had the cash lying around to do it right.
It’s coming though.
Gimme a minute it’s only been 20 years.

There’s only so much marijuana and sex a chick can have in a day.”

Can we expect an album any time soon?

Monique Bingham: I am putting out a double disc anthology ‘Best of the Last’ with House Afrika this year!
A collection of singles from the last 20 years as well as four new ones with Louie Vega, Black Coffee, Todd Terry and Chymamusique who did the remix for the first release ‘Bloody Lucky.’
The album will be out by springtime 2015 in SA.

You have worked with some of the House scene’s most respected DJs/producers. Quentin Harris and Kerri Chandler both come to mind. Which producer do you feel ‘gets you the most’ and brings out the best in you as a singer/songwriter? 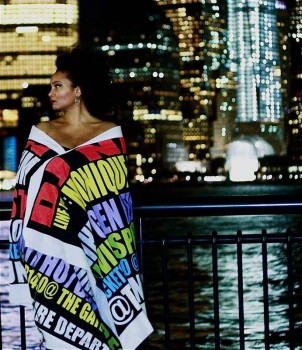 Monique Bingham: That’s hard to say because I have made great music with so many talented people.
And the process is not the way one might think, where we are in a studio together writing and bouncing ideas back and forth.
Usually I am alone in my studio so I am usually the one getting stuff out of myself.
But I have made the most music with Matthias Heilbronn.

Mostly stuff no one has heard.
We just seem to be coming from a same musical place and the exact same generation.
That doesn’t hurt either.
And he named his kid after Marvin Gaye.
My kind of guy you know.

If you could place five definitive House Music tracks in a time capsule that will only be opened twenty years from now, which tracks would you choose and why?

That’s like a DJ question maybe.
I am a weird hermit who lives in a basement studio coming up for water, meals and gigs occasionally.
I have to say I hate questions like this but if I am forced to pick:

How do you go about putting a song together?

Monique Bingham: I usually sit there with a notebook and pen fully intending to get on with it but end up staring into space waiting for inspiration for months.
It never comes when I want but when it does, uh it’s what I live for.
If I am working on a song my whole world revolves around it until it’s finished.
It stays stuck in my mind sun up to sundown then in my subconscious tormenting me until it’s done.
And then I will finish and listen to it over and over again dozens of times on a loop for weeks looking for problems.
Then back to fix them, listen again and nothing else for days and days and then finally wean myself off of it and never listen again until I have to sing it.
That’s my actual process…now I am sad.

In that case what fires up your creative juices?

Monique Bingham: Marijuana and good sex. In that order.

How do you handle writers block?

Monique Bingham: It handles me unfortunately.
I can’t handle it.
It is ruining my life.
There’s only so much marijuana and sex a chick can have in a day.

On the performance front what are the non-negotiable requirements you insist on before getting on stage?

Monique Bingham: You must hear some crazy $hit to ask that question.
I’m from the underground.
We don’t give a $hit about frills.
Treat me with respect when I get there, give me what I need to do what I have to do and pay me what you said you would.
That’s about it.