You are here: Home / Featured / The Metro Ticket Vision and the underground hustle bustle 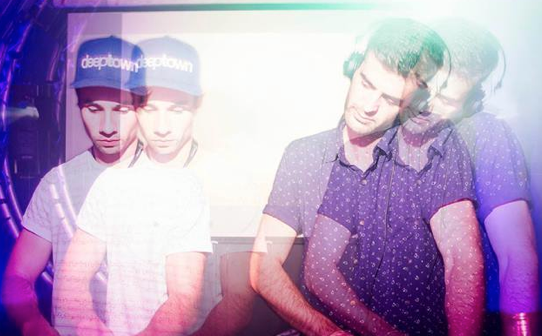 The Metro Ticket vision made up of Carlo Zourides and Mathew Bouton, is a duo intent on preserving the integrity of house/techno music in our local scene. Carlo chatted to us about the Jozi energy perfectly suiting the underground lifestyle, their very own ‘The Fenomena Phestival’ project, and the likely effect of events such as The Cape Town Electronic Music Festival on the future of dance music in SA.

You played at Joburg’s Twilight Festival a little while ago. How did you find the crowd response to your set and what did you enjoy most about the party? 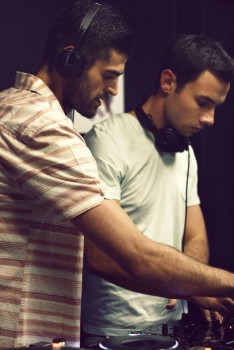 The response was immense, Sunday morning sets are always opportune times to express the more obscure sounds of your collection. The setting was definitely the highlight of the event, situated alongside the Vaal River. The massive open water feature right along the whole length of the party left big smiles on everyone’s faces.

In your opinion. What does it mean to maintain the respect of house and techno music and its Chicago, Detroit and NYC roots? How do you go about making sure you achieve this?

The music that emerged from those cities in the 80’s laid the foundation for practically every dance tune we know today. It’s important to recognise DJ’s like Frankie Knuckles and Larry Levan for their devotion and commitment to a sound and lifestyle that was widely frowned upon at the time. The best way we can express this message is by educating listeners through the music we play; showing people that there is more music out there than the same forty songs you hear on the radio.

You’ve played at the most recent CTEMF event. What was it like being a part of the refined selection of progressive local and international artists on the line-up?

An absolute honour. CTEMF is one of the few South African events that prides its name entirely on the quality of music that it offers, so the inclusion along-side names like Octave One and Loco Dice really left us in awe.

What do you figure could be the long term effects of events such as CTEMF on the future of local electronic dance music, and why?

They can only be positive, house and techno has become much more appealing to a wide variety of new listeners and with the right guidance and education through events like CTEMF it is clear the future for our industry is in safe hands.

House music is major in Joburg with some of our best local artists emerging from the city. What do you think it is about Joburg that feeds the energy of this genre so perfectly?

Joburg is an urban melting pot of culture and diversity; that composite exists in the Jozi air and oozes through the city’s hustle and bustle. The two just go hand in hand, downtown rooftop parties and underground house/techno nights were made for urban playgrounds like Joburg.

We’re almost in May already and well into 2015, what can we be expecting from Metro Ticket as a duo and perhaps individually for the rest of the year?

We will be focused on our passion project, The Fenomena Phestival, which is a one day open air electronic music event. The aim is to create the ultimate event experience by the combined powers of people, nature and music. I (Carlo) am working on launching a new bar in the Parkmore area and Matt is focused on a career in networking.