Silo & Humerous are two Cape Town DJs/Producers who signed with SA’s biggest psytrance label, Nano Records, in the spring of last year. They were duly rewarded with a late Sunday afternoon LIVE set at Earthdance 2014, where they had the opportunity to play out the music they’d been writing.

The culmination of those events is the release of their debut EP on NANO called Strange Creatures which came out on digital channels on Monday, 18 May ’15.

Both are recognized DJs who perform regularly during the outdoor season in Cape Town, either individually or sometimes back2back. But it is as the duo Silo & Humerous that they have been hard at work developing their own progressive psytrance productions. In their DJ sets both tend to favour rolling basslines, big soundscapes and layers and layers of psychedelia and this shows as a duo too, evident very much on the Strange Creatures EP. 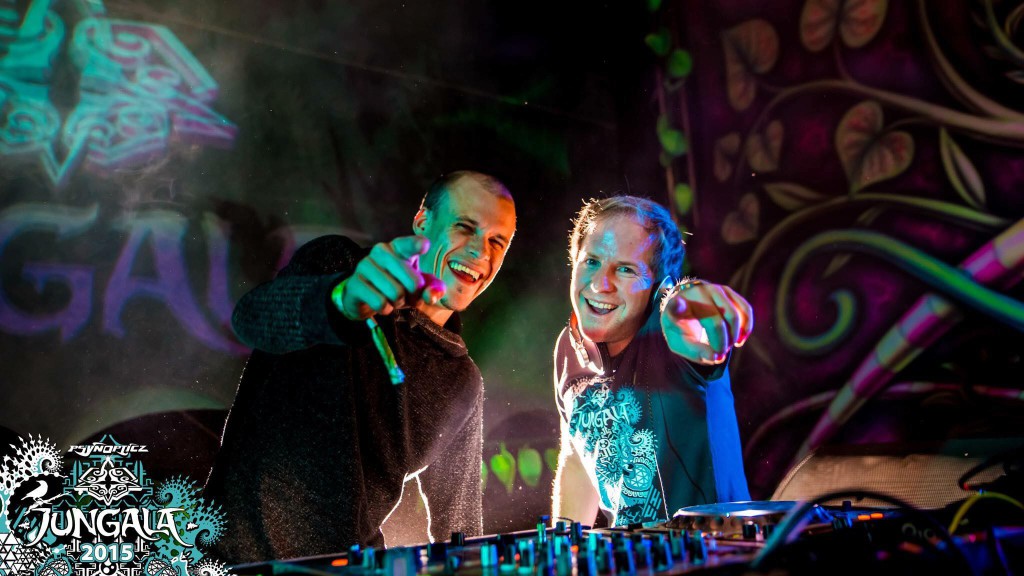 Silo & Humerous are super excitable and dedicated ‘psy boys’ and releasing on Nano Records is a pretty big thing. We chatted to the duo about their first big release…

Strange Creatures – What came first? The track or the sample? I assume you named the track from the sample.

Silo & Humerous: We came up with the EP title from the sample, yes. It comes from the classic 1990 Gremlin’s 2 film, the Brain Gremlin interview scene.

We originally started with the track and were about 4/5 days in. Humerous’ brother Andrew stumbled upon it while watching an old favorite and thought it would an awesome idea to sample it. The piece is hilarious [laughs].

We thought it would be fun to title our EP “Strange Creatures” and have those two dudes on the cover, could be us, I don’t know [laughs]. Thanks to Gareth [The Commercial Hippies] for the design!

Your music is what I’d call journey trance. . . is that how you would describe your sound?

Silo & Humerous: Our music has a similar direction to the old school journey day-time psy sound that artists used to make around 10 years ago, that is where the influence came from; melodic psychedelic stories that have a progressive beginning and end. We have incorporated the newer elements that psy-prog has, like the intricate percussion, loops, fills, atmospheres, grooves, buildups and breaks.

So yes, I think we produce day time journey tunes. We like afternoon slots! [Wink, wink] 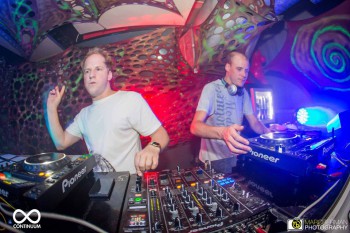 Humerous: Psychedelic trance to me is all about the journey, space, experience and how it makes me feel. I often get goose bumps listening to some of my favorite artists in the studio. This is great and the reason why I started listening and following the scene in the first place.

Following on from question 3, what makes these two tracks psychedelic?

Humerous: The motion, the journey, the big pads, the quirky samples and all the influence from the years listening to psychedelic trance.

Silo: I would say the drive of the tracks’ basslines, the delay sounds that come in and out, the big open soundscapes from the pads and atmospheres.

I would never have thought our music would be considered the “Nano sound” but according to friends over the years, it’s the direction it’s going. And Nano is [mostly] psychedelic day time stuff. 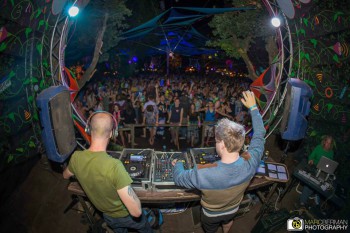 If you compare your new EP to previous tracks written and/or released. In what way do you feel like your sound has progressed or developed?

Humerous: Our journey into sound has come a long way and as the scene evolves so do we. I don’t think our music has changed that much because I will always be a progressive diehard.

We have been lucky to have people like Matthias, the owner of Iono, recognise our music which was an honour to release with them. Now to have Nano Records support us is a huge step in the right direction. Regan has always supported us and our music and it’s every producer’s dream to get their music out there, especially on a great label like NANO!

Silo: Well, David and I have been making music for a number of years now, experimenting with everything from the beginning up until now. Our newer stuff has progressed to a cleaner, more dynamic version of the earlier stuff, so it just gets better and more fun! We naturally started going towards the more day-time psychedelic sound with our own little edge. It’s a never ending process of learning and growing further, so who knows where we will be next year and where our sound will take us. But a big thanks to Nano Records for the opportunity to release with them.