You are here: Home / Featured / Rinkadink – An interview for psytrance headz

Back in the late 90’s or was it early 2,000’s (it’s all a bit of psychedelic blur), Rinkadink was one of the first South African producers to compose psytrance that didn’t sound like a lame Rebirth generated copy of Goa trance. Not to say there weren’t others who’d also started to produce quality tracks; Shift, Broken Toy and Protoculture were all part of the ‘Psytrance Alumni’ that kick-started something of a psychedelic revolution of producers in Cape Town.

In fact by 2002/3 there was a bit of a battle amongst local labels to sign Rinkadink but alas he chose to join Alchemy Records in the UK, ironically run by SAFFA DJ, Shane Gobi. He also left our sunny shores to find fame and erm… fortune? [Is there such a thing in psytrance?]

Here’s his story in just under 1800 words of Q ‘n A. Try read it all. It’s really pretty interesting…

A lot has changed since the days of Kooki Kabuki – an era where you were probably still finding your signature sound although it must be said – even back then – you had started to develop something quite unique. How do you feel when you listen or think about those early tunes?

Rinkadink: When I think about those tracks and how the scene was back then, I remember there were no limits to the amount of energy we would try and cram into the tracks – there was no feeling of a track been “too much!” or the arrangement been “too full on!” However much we could hit the crowd with they always seemed to take it. If you try play these old tracks today the people get tired and lose interest halfway though because there’s not enough builds and breaks, the arrangement isn’t dynamic enough. Music generally reflects the style and ideals of the time it was made in, so in these years we really did feel like there were no limits, we were all enjoying a time of massive financial expansion, for us there were lots of things happening globally, there was a feeling of exhilaration, that’s why we made this style of music. Full-On Psychedelic trance is victorious music. People often ask me why I don’t make that kind of music anymore and that’s because times have changed – I feel the western world is more reflective and pensive, having been affected in the least indirectly by the bursting of the financial bubble – and that’s not a bad thing; we were much more naive and complacent in those years of plenty. This collective state of mind we’re in now is echoed in the music of today.

It wasn’t too long after you started to make a name for yourself in South Africa that you decided to up and leave; the UK first if I recall. Was this a strategic move to get more international exposure or just to see the world?

Rinkadink: I had already been living in the UK for a couple of years working intensively in a game design studio when I decided 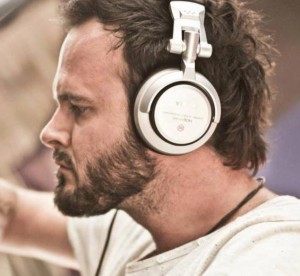 to return to Cape Town and focus on making music. It was in this time that I started playing gigs as Rinkadink in Cape Town. I think it was always my plan to return to Europe at the end of that season.

And then you settled on Spain. What motivated this decision?

Rinkadink: I didn’t want my son growing up in a big city and I was sick and tired of London, so we decided on Barcelona because its airport is well connected and climate is warm.

Signing for UK-based Alchemy Records when all the local SA labels were after you too was probably a good decision at the time, since the label ended up putting out a consistent body of stellar releases. One could call those the ‘golden years’, I guess. The past 3 – 5 years may have been a bit more challenging I would think, with many of these labels all but stopping their output. Was this a tough time to get released?

Rinkadink: Again I think the reason for this is that the music is always changing – labels need to constantly look forward to the next new sound. If the label doesn’t connect with current styles and artist it will release less pertinent music and its profile will decrease. Guys also get tired of running labels year after years and go on to work on new projects leaving the label to flounder without proper direction. I think it’s normal, the same is true for artists- we need to constantly re-invent ourselves or else fade away into obscurity. I’ve never had a problem finding places for my music to be released, but after a while I started questioning the point of it all. I also realised that 90 percent of the labels what were interested in releasing my music were of no consequence and that I needed to start releasing DJ friendly music on labels that matter. For too many years my music wasn’t being played enough by DJs; I have looked at the reasons why and have made fundamental changes how I make music and how I make it sound. After all these years I feel like I’m only now beginning to understand the process of making music. Before it really was hit and miss for me.

Good psychedelic trance is good psychedelic trance, however there has been a notable change lately, the most obvious one being the rise in popularity of both the harder ‘psytek’ style of prog favoured by the Israelis and the pop-trance offbeat sound of Hamburg, lead by labels such as Spintwist. Add to this the countless breaks and rises and a lot of the modern sound is quite stop-start and dare I say it…. not so psychedelic as it relies less on the journey and more on instant gratification. You’ve also done some slower more proggy stuff lately, notably your Delta State track due out on Iboga, although this is a far cry from anything gimmicky. Have you been tempted to do more prog and also jump on the ‘breakdowns and builds’ bandwagon?

Rinkadink: Dance music never stays the same, it’s always in flux, it’s also made in response to the dancefloor. I no longer see breakdowns and builds as gimmicks – they are what people want. In the future if the dancefloor decided it wants something else or different we will give it to them. 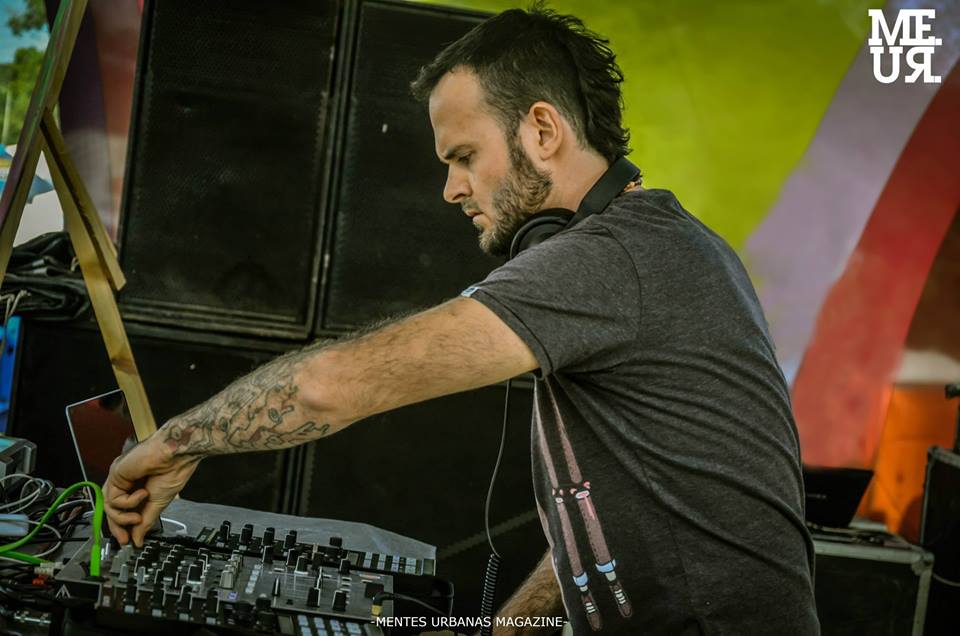 You started your own label MVX recently. Tell us a bit about why, how and what’s the main drive behind this…

Rinkadink: I realised that the royalties paid by streaming services like Spotify were becoming more important as people listen to music differently. I also saw from sales reports that the back catalogue of a label continues to sell over time albeit in low numbers. I miss out on these payments when I sell music to other labels and now wish to build up my own catalogue of music so that sales go back to me directly. I also found that I could promote releases better though my own Facebook and Soundcloud pages. For instance Zyce and Flegma‘s remix of Techmology sold exponentially more on my label compared to its release on a major trance label a few months later.

Many music genres seem to be slowing down. ‘Techno’ is all 128 these days (or slower) and ‘deep house’ is often no more than 120 BPM. Psytrance floors whilst still offering a range from 150 BPM down to 130 BPM have also, on the whole gotten slower. There was a time where almost an entire party would run at 145 (and a little faster at night). Slower means a phatter groove and can be a little sexier; but can it be as psychedelic in the mid 130’s do you think?

Rinkadink: Music can be psychedelic at any tempo. I’ve given up even using the term because what’s considered psychedelic is an atonal dissonant noise for me. I am more interested in music that’s hypnotic with interesting harmonies.

Has there ever been a time in your career when the gigs seemed to dry up and you found yourself wondering what you should do next?

Rinkadink: I used to rely heavily on agents, so when my gigs became sparse it was difficult for me to determine if it was because the agent was focusing on other artists or if promoters were not interested in booking me. These days it’s much easier for me to stay in contact with promoters and to keep an eye on what parties are happening and which are successful through Facebook.

Tech Question: I saw a recent picture of you in which it appeared you were using two Traktor X1 controllers and 4-deck Traktor. Is this your setup for shows nowadays?

Rinkadink: I absolutely love the direct USB connection between the computer and Pioneer mixers; its rock solid, offers amazing sound, makes setup easier and quicker and gives me more channels without having to bring along my own sound interface. The controllers are fantastic too! Native Instruments have put a lot of time and effort into what is a constantly evolving partnering between software and hardware. I really feel like my setup has ‘got my back.’ I never felt that with Ableton which I used since 2003 – I love it in the studio but for live use having the space bar start and stop play back? C’mon, it’s like the biggest key on the keyboard, its way too easy to push by accident and up until recently there was no easy way to change the mapping assignment.

When you make it back to South Africa – and there have been a few visits since… how’s it feel returning to your homeland?

Rinkadink: Its always great coming to SA and spending time in Cape Town.  My family live there and I don’t see them nearly enough. The City is changing and developing so fast, it’s really great to see.

The face of the dancefloor has changed a lot in South Africa. Loads of youngsters coming through the ranks. Several years ago you could rely on there being a lot friends/fans in front of you when performing. Did you notice on your last trip how this has changed somewhat?

Rinkadink: Music fans and party goers are more informed than ever before. Social media and sites like Soundcloud, Spotify and YouTube have changed the way people listen to music. I think that if you stop seeing loads of young people on the dancefloor you should start worrying about the state of any dance music scene.

And there you have it. A seasoned psy-producer who embraces change, loves dancefloors full of youngsters and is not hell-bent on the old and tiresome adage “it was better back in my day!”