My Top 5 SA House Producers for 2014 is a subjective list as I take a look at the year’s events and musical achievements to establish who sat at the top of the charts and the totem pole.

While urban house didn’t quite fully rule the roost like years before there were still some notable releases that shared the stage with mega hits like K.O.’s ‘Caracara’ and Cassper Nyovest’s ‘Doc Shebeleza’. 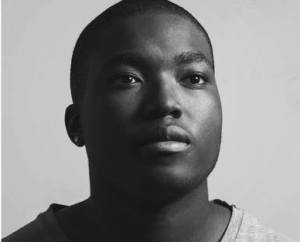 It’s been a long time coming but Cuebur is finally getting the recognition he deserves. Considering he was the magic fingers behind DJ Zinhle’s ‘Pepe’ back in 2009, it’s no surprise that the young producer has offered us a steady stream of hits this year. Whether it was ‘No Doubt’, ‘Spring Fiesta’ or his remix of Lastee’s ‘Pretty Girl’, not a single club set was complete without a Cuebur chart topper. He is a definite on my Top 5 SA House Producers for 2014.

When Black Coffee calls on you to add your special touch to a track you know you’re hot business. Kalawa Jazzme’s Black Motion is simply in a league of its own. Not only has the humble duo sprinkled some magic on Black Coffee’s remix of ‘Lay Me Down’ by Avicii, they have also blessed us with a brand new album titled ‘Fortune Teller’ which

features the runaway hit “Rainbow” and the spirit shifting ‘Piano Song’ amongst others. At this rate it’s only a matter of time before Zuma asks them to remake the national anthem!

How does the mild mannered but with talent as great as his size, Heavy K, make my Top 5 SA House Producers for 2014? Simple! He is once again enjoying a phenomenal year. He’s work with Bucie on ‘Easy to Love’ alone spawned one of the biggest radio and club singles of the year and with the ‘Yini’ video on the way we’re certainly in for another wave of Heavy K goodness to last us well into 2015. No prizes for guessing who’s a front runner for another few SAMAs.

While he’s an exceptional solo producer in his own right, it’s Da Capo’s impeccable remixing abilities that make him one of the hottest music men out right now. Once a production receives Da Capo’s highly coveted dab of magic it proceeds to ascend to spectacular levels of brilliance and well into the realms of classic. A fan favourite from Da Capo remains his stellar remix of ‘Nomthandazo’ by Freshly Ground. 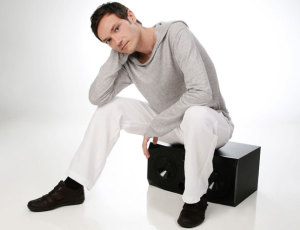 Whilst not strictly South African, this man makes my Top 5 SA House Producers for 2014 because of this: The musicality. The creativity. The sheer excellence that is Ralf – “Our Adopted Son” Gum! After the dizzying heights that ‘Take Me To My Love’ reached, it was hard to believe that the German-born Ralf Gum could surpass that gem and yet not only did he return with another smashing Monique Bingham collaboration on ‘The Pap’, his album ‘In The City’ has almost instantly been dubbed as a classic.