You are here: Home / Featured / Regular Features / Diary of a DJane / Twilight Festival – Jamming in Jozi 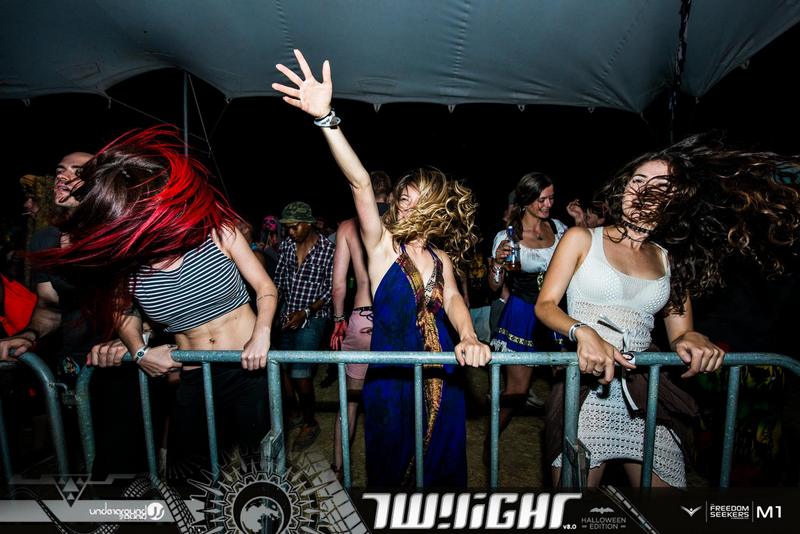 I’m sitting on my flight to Australia right now, and thinking back to a couple of weekends back when I went to Joburg to play at the Twilight Festival which is hosted by Underground Sound – “a ‘Teknotribe and Science Frikshun Collaboration”.

Firstly I just want to say…

The Twilight Festival was amazing.

What an epic weekend we had; the venue was situated on the banks of the Vaal River and although it took us forever to get there from the airport (we got lost, tee hee) it was well worth it when we did. The epic thing about going to a Joburg parties is that they are very different from Cape Town events. 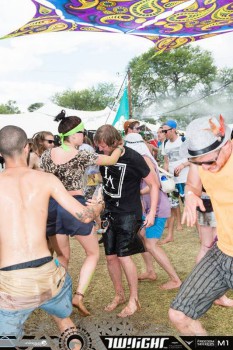 The weather for starters is really hot and dry and the evenings warm, the vegetation is very “African” and I kinda half expected a Lion or Elephant to come strolling past.

I found all the people at the Twilight Festival to be super friendly and excited to be out partying and I guess because they don’t get have many events as we do in the mother city, the energy and commitment to having a good time felt very high.

Many years ago when I first started playing in Joburg day time dancing didn’t really exist. I must be honest and say that it was difficult to play on the Sunday as most of the party had used up all their party power the night before and by that stage had left the event, with only a fraction of the quota remaining behind.

But I’m happy to say that this has notably changed; the Sunday funday dancefloors have been rocking the past few times I have visited and despite the exhausting heat (35 degrees plus) I am happy to say that the Twilight Festival was no different. I even had a little dance myself on Sunday… he-he I’ve been doing that a lot lately… getting my groove on!

I asked Twilight Festival  partner and promoter Nick Grater how long they’d been doing events and building his brand as I remember playing for him back in 2006 (I think) when I first started to mix.

At the time this really big guy stood behind me and demanded we shut down the party – (I had recently been arrested for TUNE-ING a cop) so I quickly grabbed my discs and jumped off the stage. Nick however made a plan, and I still played my set in the end. From that day on I’ve watched closely as Teknotribe became the production company they are today. Nick Grater says he is pushing the scene big time in Gauteng and has many collaborations happening, one of them being Psy.ology with Psynopticz Records, as well as Revolution NYE and of course Twilight Festival too. 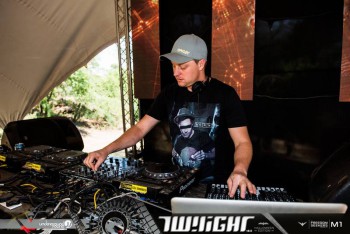 It’s great that a label is pushing so hard and is working with different angles to bring us all a good party and to do this Nick has continued to create different variants of the same theme to continually keep his vents fresh.

This business is not easy but it seems – they have certainly earned their stripes over the year and the Twilight Festival reminded me just how hard they work at sustain a scene in a city that is absorbed by commercial music everywhere.

Nick says “Over the years, this label has become more than just a name nailed to a night out. Teknotribe is an experience. It’s a sensory overload that will leave you breathless and enchanted. This doesn’t come about through some fluke. It isn’t just pure luck that makes any Teknotribe production a mind-blowing success. The brand and the people behind it, literally live and breathe techno, psytrance and everything that comes with it. Their passion for the music seeps from their pores and is more than palpable. This is the magic ingredient to any successful production. For many years now, Teknotribe has been blazing a vapour trail of distinctive events that have left the Techno and Psy Trance connoisseur both educated and entertained”. 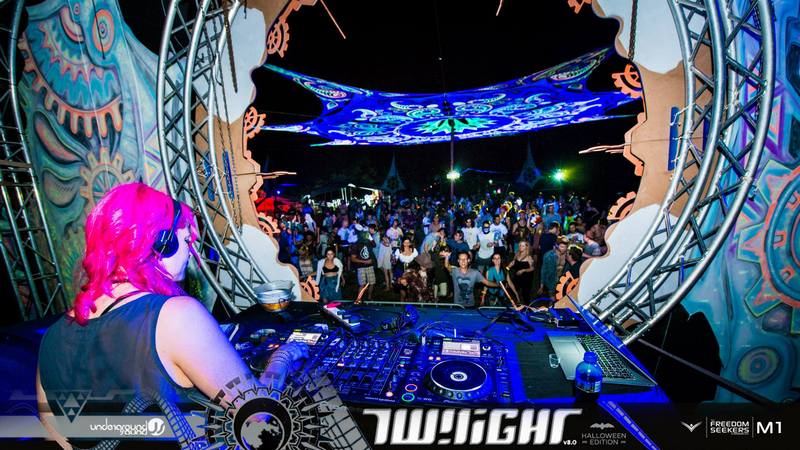 To be perfectly honest I wasn’t surprised when I saw the level of production at Twilight Festival. The décor was epic, our accommodation and the attention towards us as the hired entertainment was perfect. The energy from the dance floor was great, big smiles and lots of cheers in the breaks (which I was hoping for). It was a real pleasure to play at Twilight Festival.

I love getting the opportunity to play dance floors that are away from Cape Town and spreading my psychedelic vibes. It got super psychedelic at night, beats climbing to seriously fast bpms, and the drum n bass and techno floor was heaving too. It was great to see such a massive second dance floor; we actually landed up bunking with two Drum ‘n Bass DJs, Alex (ALXR) and Allan (Damage Inc). It’s always interesting connecting with DJs from other genres. We shared war stories and talked about the industry and all things related, and then partied hard together.

Pick of the Sets at Twilight Festival

A few DJs I should mention;

Digital Dream played a cooker of a psychedelic set. Cape Town needs to hear him and soon!

Nick Grater’s psytrance project is ‘Bionic’ and coming from a Techno DJ background, he definitely knows how to rock it.

Thalia dressed up in the spirit of Halloween and gave us a stellar performance as “Maleficent” casting a spell on us as she began (big ups to her for DJing in that outfit… I probably would have fallen apart if I tried that).

Nick’s wife, Melanie aka Dre’Ama, rocked us in the morning, with some epic oldskool anthems. 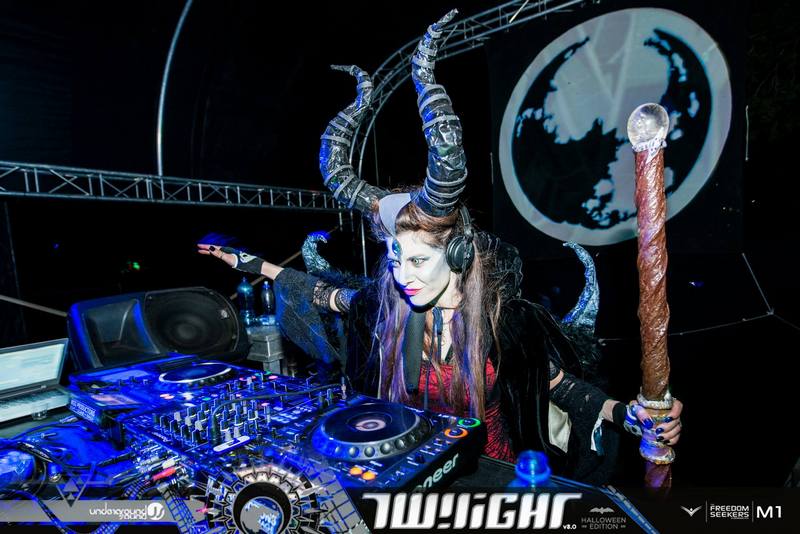 Psy across the country

I guess it’s not very often that we stop and actually look at what is going on around us. Psytrance is making history in SA.

After Twilight Festival it made me think about the three main cities we now have and a few small town psytrance destinations that are going strong. It’s thanks to promoters like Nick Grater, Roman Sergey (Mansion Records) and Royston Chapman (Mozamboogy), plus a few names I probably left out, who keep Joburg psychedelic and enable events like the Twilight Festival to attract decent crowds.

Robyn Van Zyl and her partner Christo Snyman (Festival of Light) in Durban and Rudy Rossouw (Wacky Woods) in Jeffrey’s Bay plus the whole Garden Route crew, make for a good spread of people around the country carrying the psytrance flag.

I’m feeling super positive about the South African psy scene; we’re getting to tour around our own country and spread the psy love. Yes Cape Town is the main spot, but don’t for one second over look what is happening all around us; show support in your local area people.

Okay I’m getting a bit ahead of myself….. Catch my post in 2 weeks time as I will be in the middle of my tour of OZ and I’ll bring you up to date.

I wonder if I will see a Wizard.

What I’m listening to …