On the weekend of 2-4 December we will be celebrating Alien Safari 21 Years. That’s 21 years of delivering super psychedelic sounds to Cape Town! 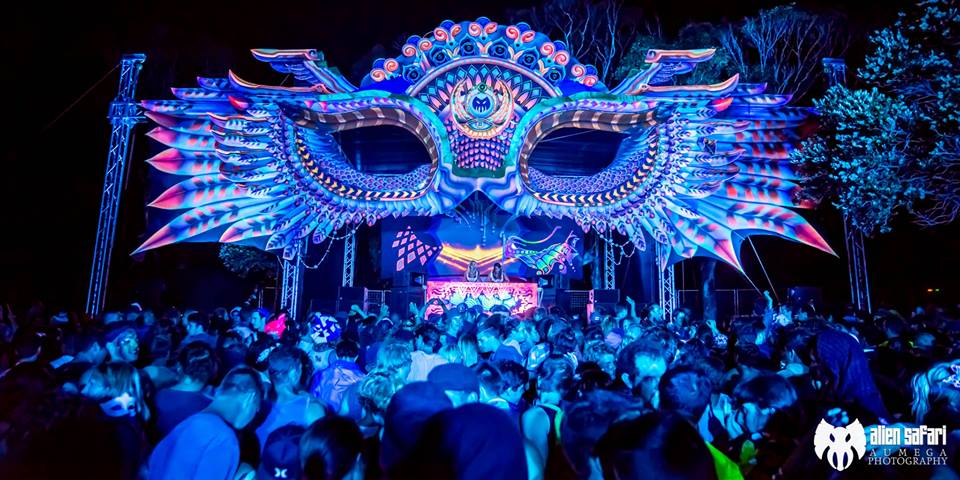 Alien Safari 21 Years is an achievement and even though there are others in our scene that also deserve recognition and gratitude for their impact on the scene, right now at this moment we are celebrating their 21st birthday.”

My first Alien Safari Experience was in 2000.

I had just arrived in Cape Town, a fresh 17 year old, completely clueless, yet [I thought] I knew everything. The party was at the Crayfish factory in Scarbourgh, and was totally crazy; I remember minimal décor, speakers stacked on top of each other creating the dance floor and a Tepee or gazebo for a DJ box; simple and effective.

Back then we didn’t need much to have a good time. 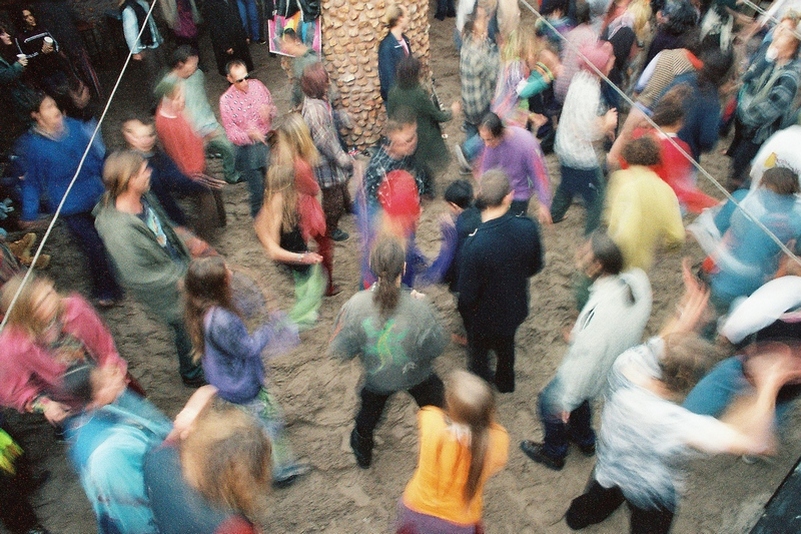 The ocean was right there, all the freaks of Cape Town and travellers from around the world all gathered on the sandy dancefloor, dancing in the sunshine. Admittedly when we talk about the past and reminisce, it is actually based on one’s own perception. For me, I was so young and quite lost, yet at parties, for a few hours I could be comfortably lost, because it just felt so natural to be surrounded by all these unique characters. Perhaps it’s when we gather on a dancefloor together, the music is so loud, and the beats just carry us all, and we don’t need to speak, yet we are comfortable around one another, a smile or quick moment of eye contact is all we need. 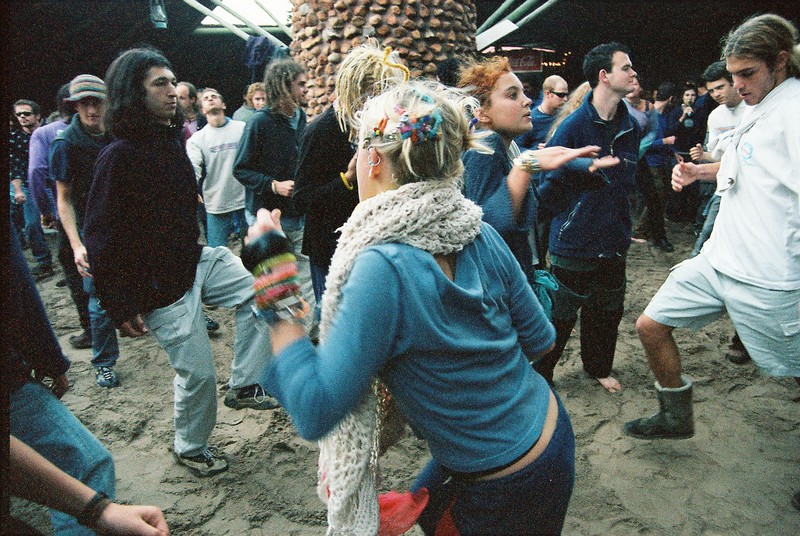 Now I’m not an expert on their full history but with the Alien Safari 21 Years bash around the corner I did some digging about when they actually started.

When I was making the documentary I researched all the local labels and how they began. Colin told me that he was travelling in Europe and heard about psytrance and went to a few parties. Like most of us back then Colin was into bands and rock music, but after discovering psytrance and how crazy the music can get, and people could dance all night long, Colin brought the idea back to Cape Town, and started throwing parties.

He was quite the renegade back then, pulling events together last minute with a few lights and speakers, creating the space for people to gather. Back in the early days Cape Town and South Africa were going through the changes between apartheid and the new South Africa and simultaneously our psytrance scene was born, creating parties and a movement of freedom of expression, which at the time, people very desperately needed.

I think this is why the older more experienced trance heads look back on those days with fond memories because it was part of a time of self-discovery and freedom and that energy was realised at the parties. I was still young and I guess I grew up with the scene, but for people who are older than me, they could say that it was an actual burst of creative energy and exciting changes, and to come together to create our tribe. 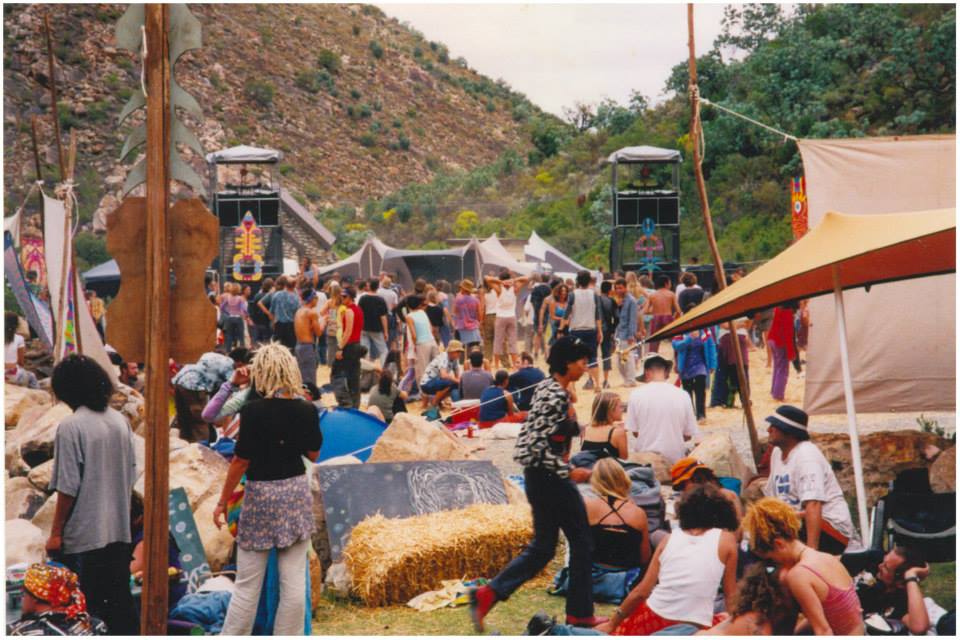 I remember going to a few Alien Safari parties back in the early 2000’s.

They always had some interesting venue but there was one special one.

The ‘Rabbit Hole’ located in the mountains of Worcester will always be memorable; you had to park your car at the bottom and then walk for 2 kms [in the dark if it was night time] to get to the dancefloor. This actually made it quite special because when one arrived, the visual and audio stimulation just made you wanna stomp your heart out! 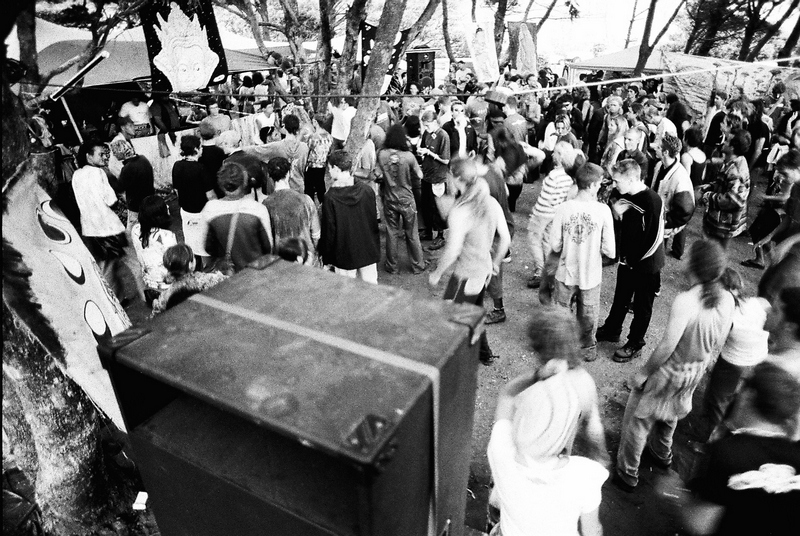 My first working experience with Alien Safari was in 2001. I was hired to work a bar shift and I got the times wrong.

Then several years later when I was invited to play my first DJ set at an Alien Safari I was 5 minutes late through the door, (I mean who does that?). I was beyond excited to play and I totally messed it up, came running in like ‘’a bat out of hell’, jumped on the decks, and made it happen… my god…. such a tornado!

In 2009 I progressed to my first day set at Alien Safari Flying Circus. I was placed between Earthling and Headroom and it was one of the most frightening experiences ever. I will admit I wasn’t prepared enough (had a lot going on in my life at the time). I also thought I was to play an hour and a half, so I prepared enough music for that set time only to discover at the end of my set, when I realized the next DJ wasn’t coming onstage (cause I could see him chatting at the back of the dance floor), that I was in actual fact booked for two hours! 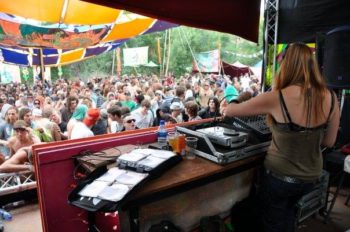 Long story short I had to find 8 more tracks and I had played all the ‘good ones’ already. The fear ran through my entire body, from my head to my toes.

Here I stood, alone, in front of a few thousand people, Sunday funday in my hands and I had nothing left in my artillery. I felt as if the dancefloor could sense my fear.

It is in these moments we grow.

I had other tracks on my CDs that I didn’t know very well or particularly liked, but they were the same BPM and were artists that sounded similar so that way I could maintain the tempo and hand over the set the best I could (as that was my job). I had to work for it, because I was literally flying blind. Quick run through the track, check BPM, and hit it, hoping that each mix would sound okay and that the dancefloor would enjoy the flow.

According to my friends I became a DJ that day, being pushed to a limit like that and not caving under the pressure. This experience taught me to be more prepared and I can honestly say that playing for Alien Safari that day helped make me the DJ I am today.

Alien Safari 21 Years is a milestone and today’s events still carry the essence of what Colin started in the nineties.

I feel that the energy that Colin and Liza maintain through their festivals is the energy of a tribe and ‘One love.’

I know Colin enjoys pushing the psychedelic side of psytrance; we can see the evidence with this year’s line-up for the Alien Safari 21 Years anniversary festival.

I still can’t believe it has been 21 years already (I personally have been going to Alien Safari for almost 17 years) and I can say with total conviction that they get better and better as the years go by, seriously!

From the days of material backdrops and painted totem poles to monster stage productions and visual mappings Alien Safari has always had the finger on the pulse and continue to bring us amazing festivals. 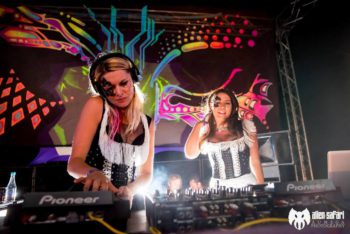 Alien Safari 21 Years is an achievement and even though there are others in our scene that also deserve recognition and gratitude for their impact on the scene, right now at this moment we are celebrating their 21st birthday.

I think I can speak on behalf of many people in saying thank you for all your love, hard work, sweat and tears for bringing all of us party freaks together and every time creating a safe environment, in the most beautiful settings so we can release, let go and be free!

Also a massive thank you from all us DJ and Producers, I’m sure you all agree with me in showing gratitude for building the stages we get to rock out on. We can never truly explain the energy we tap into when we get the chance to cook it at the right temperature and one can only get those rare moments with the right size stage, the right sound and of course the people.

What i’m listening to:

My latest set at Masqued Ball 2016 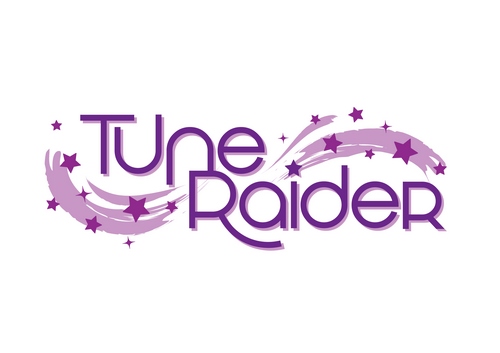