In 2019 Protonica released their third studio album, Symmetry, on Iboga Records. And now just under 3 years and a pandemic later, the progressive psy legends introduce a Symmetry Remix album, which sees the biggest names in Psy-Trance put their spin on the well-loved tracks. 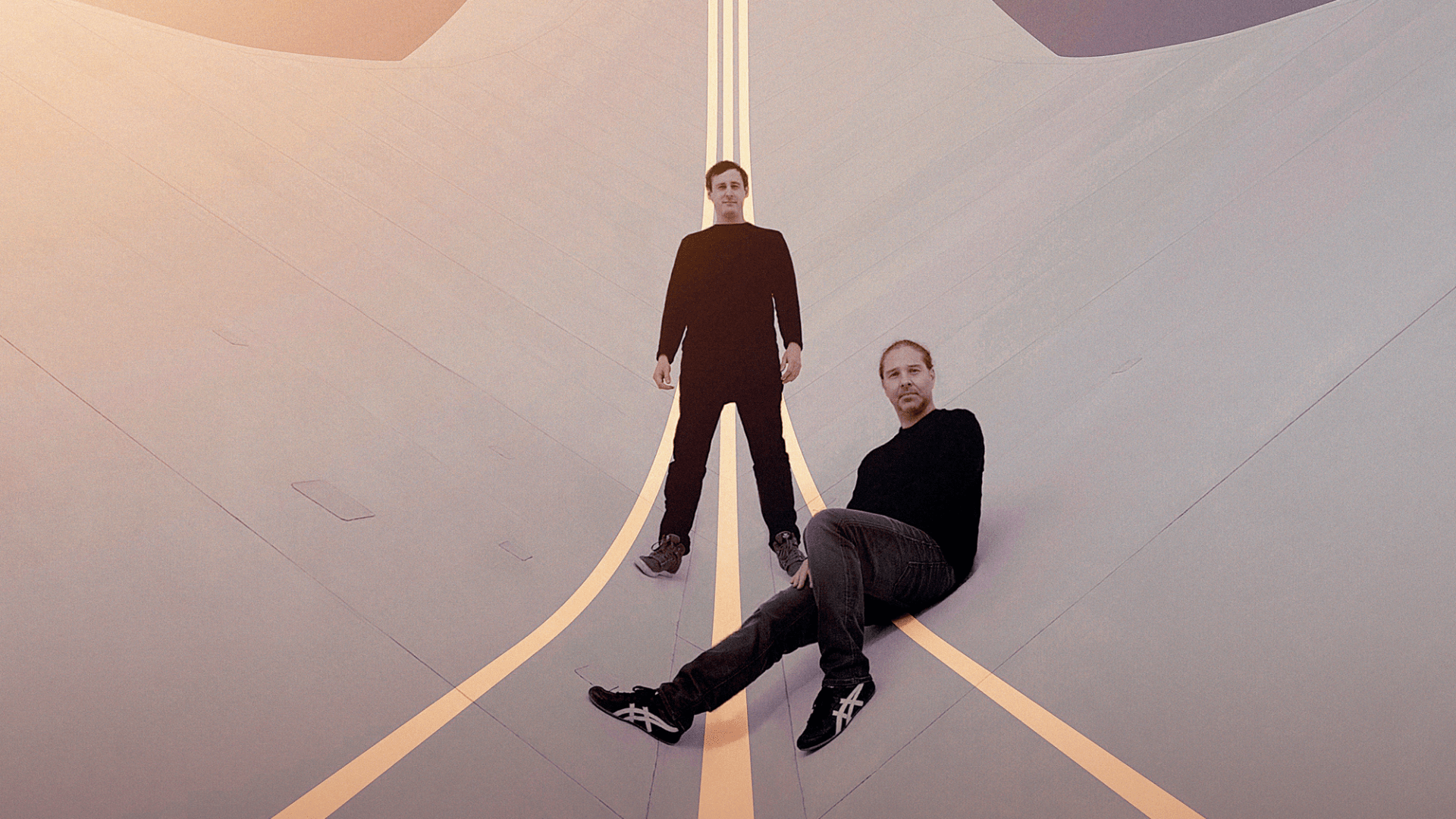 From fast psytrance beats to melodic and chillout, this album features a delicious selection of reworks from the following choice musicians:

I had a quick catch up with Protonica about the album and how their year is looking.

Great job on the remix album, guys! It is always nice to hear a different expression of a track one loves. In this case the album has multiple expressions of a track. Both Blue Sky and Symmetry have 3 remixes each and Exoplanet 2. Is it sometimes too tricky to pick ‘one winner’ per track?

PROTONICA: Hello IDM Mag and thank you very much! For our chillout track ‘Blue Sky’ we had planned three remixes, which came from Suduaya, Carbon Based Lifeforms and Astronaut Ape. These tracks were to be released as a pre-release before the remix album on Iboga Records.

For our track Symmetry we wanted to have three remixes because it was our album title. With Interactive Noise, Hatikwa and Airi we chose three remixers with different techniques in psytrance.

We think that all tracks have their justification and potential, each one stands for itself and has its own story through the remixer, so we do not want to talk about a winner at all. The remix album stands on its own as a complete work. 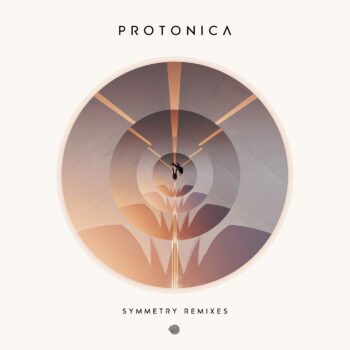 What is the process regarding a remix? Do producers approach you to remix your track or do you select Producers to give the opportunity to? How did you choose this diverse pool of talent putting their spin on your tracks?

PROTONICA: Normally we approach the producer directly because we have certain requirements and specific ideas. It is important to us that the style and technique of the remixer fits well with the original track and makes the remix interesting. Sometimes we also accept requests from acts that we are convinced will produce a good remix.

We have been following some of the talent on our remix album like Gaudium, Zen Mechanics and Kalki for years and really appreciate their music – they also have a similar and fitting style to Protonica ;). Other acts have caught our attention with their music over the last few years and we wanted them to be part of it. It was important to us to represent many facets in the genre
of psytrance and we think we have succeeded with the selection of remixers. We would like to express our thanks to all the remixers.

What is your favourite remix of all time? (Either one you’ve made or another producer, or someone has made of your track)

PROTONICA: That’s not an easy question! Ticon’s remix of our track Horizon from 2014 is a successful remix in our eyes. Gaudium’s remix of Gravity is done really well, which is on the Symmetry Remixes Album. We also remixed the Shadow Chronicles track The Matrix- which is another favourite.

I would be remiss if I didn’t sneak in one question about the pandemic. Having halted the festival circuit, how good has it been to be back playing your music to what I feel is a more grateful-than-ever audience? 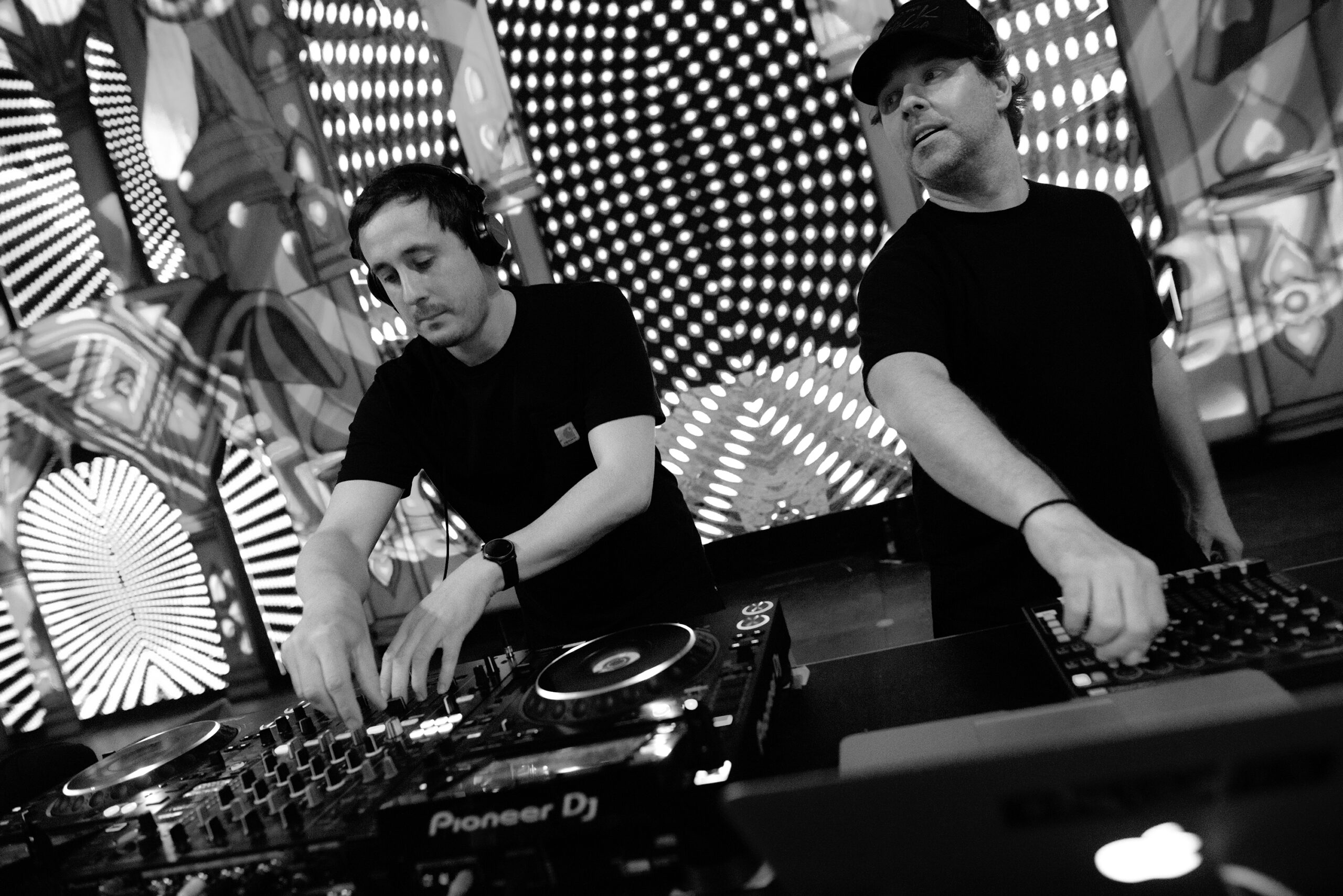 PROTONICA: It’s a really nice feeling to finally be able to present our music live again. There is no substitute for the direct interaction with the party guests while playing. The feedback comes back immediately. 🙂

Now that things are opening up again, what does Protonica have planned for 2022 and beyond? 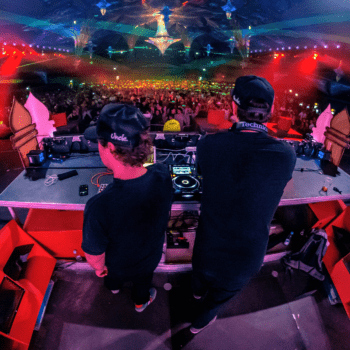 PROTONICA: At the moment it is not so easy to talk about plans because you still do not know whether the pandemic will end soon or not. We want to continue to delight our listeners with good Protonica tracks and of course hope that you can soon go dancing again without any restrictions. A new DJ mix from our set series ‘Assorted Waves’ is on the way as well as a Symmetry album mix.

Through a jam session with Emok and MVMB at Iboga Studio in Copenhagen, the track ‘Goal Of Life’ found its beginning. In collaboration we finished it in our studio with the release probably
planned for the summer.

There can never be too much of a good thing, right?

I present to you not one, but 3 remixes of Protonica’s track Blue Sky feat. Irina Mikhailova, a downtempo piece that is ethereal, minimal, and deep.

Astronaut Ape does an excellent job of staying true to the minimal feel of the original, although bringing more of a ‘driving bassline’ that compliments his arrangement of chillout melodies and synthesized cosmic sounds he has honed throughout the years. This remix builds and builds, keeping you moving and grooving.

Straight out the gate, the Carbon Based Lifeforms remix accentuates the ethereal vocals of Irina Mikhailova. More of a driving feel than the original, this remix almost has a ‘jazzy feel’ regarding their use of the keyboard. Still very much down tempo, Carbon Based Lifeforms have stuck to the original soundscapes while adding their own legendary fingerprint to Blue Sky.

The third and final remix of this track goes to Suduaya. Where the original is minimal in sound design, Suduaya’s remix marries emotional ambient and groovy downtempo that is uplifted by the ethereal melodies and psychedelic sounds he is so known for.

Next up on the remix list is Departure feat. Ticon, of which the original is progressive gold. A rolling bassline, mechanical leads, tight percussion- what more do you need? Each sound has its purpose, making it full-bodied without being busy.

Single note bassline and progressive, it sticks to the original while adding the classic Static Movement flare (especially piano) to the sound design. Perfect for a Sunday set, this track will have the dancefloor breaking it down.

Moving swiftly along, we head to the land of Exoplanet, where we see two remixes of this daytime banger and personal set favourite.

Kalki’s remix of Exoplanet has been out for some time, honouring the feel of the original while adding the classic Kalki rolling bassline, clean and crispy percussion, and atmospheric leads. This is daytime at its best and will have any crowd dancing themselves to a different planet.

A progressive psytrance king, no one does atmosphere as well as Zen Mechanics. This remix is Protonica and Zen Mechanics in symbiosis, with a bassline that rolls for days and has the drive that only Zen Mechanics can deliver. This is going to be a staple on dancefloors this season and I can’t wait. No flashy drops, it just goes and goes and goes and I hope it never ends. P.S Wouter, please release more music!

Where the original offering of Gravity is moody and ethereal, Gaudium’s remix offers more bounce (as only he can do) that will have you hopping around the dancefloor. Still staying true to the original in terms of the synthy sounds, the overall feel is totally Gaudium.

The Protonica track with the most plays on Spotify (over 1 million- 1 325 575 plays to be exact) is Levitate, feat. Liquid Soul and Ljuuba. Deep and dark in tone, Levitate has found major success on dancefloors the world over as it has the soundscape of Protonica with the cheek of Liquid Soul.

Now we have the OxiDaksi Remix, which is serious, fast-paced and driving to the max. It takes elements from the original while adding the OxiDaksi spin of full power brain smashing psychedelic trance, multiple held tones and endlessly cycling rhythms on it. This track will add a ton of value to a night-time or sunrise set, undoubtedly getting feet stomping.

The remix of this techy tune goes to Aioaska, who carries through the driving, dark and techy feel while bringing in a melodic edge. It has great atmosphere that will have you moving and grooving. This is a great filler track!

Zenon Records artist Airi delivers the remix of Protonica’s title track, Symmetry. Although he uses sounds from the original, the track has been re-imagined into an Airi track, bringing in his expressive sound design, massive basslines, and thoughtful atmospheres (and squelches and a cheekiness) that breathes new life into it. Where the original could be played in the day, Airi’s remix could be played closer to night-time.

Remix two for Symmetry was done by Hatikwa, which has a longer intro than Airi’s Remix, dropping into a single note bassline. Having gained popularity for his minimalist approach towards Progressive Trance, the Hatikwa Remix of Symmetry stays close to the original regarding soundscapes while adding his own twist. Great filler track for a Sunday, the sound design is thoughtful and oh-so-clean.

The last remix on the album, and the third remix for Symmetry goes to the massive Progressive star, Interactive Noise.

More classic progressive, this remix winds up and drops into a funky, swing/square bassline. I can see the bottles of water erupting on the dancefloor now! This is as Spin Twist as it gets while using Protonica’s leads. Coming in at a short (for Psytrance) 5:45, this remix packs a serious punch. This will undoubtedly be a staple of many Sunday Funday DJ sets!

Protonica’s Symmetry Remix Album is out now on Iboga Records.