Protonica released their third studio album, Symmetry, on Iboga Records at the end of May. 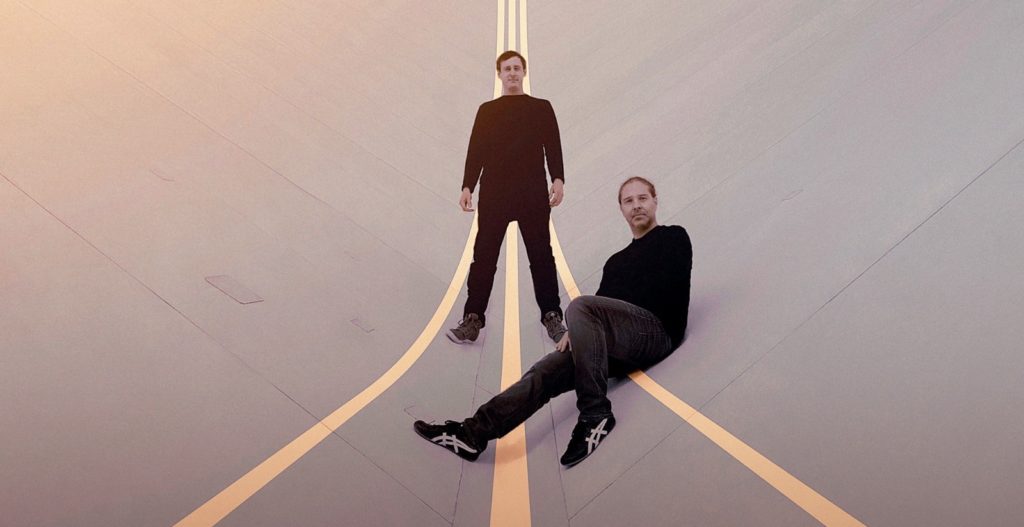 There’s is a name that needs no introduction in the psytrance scene.

Protonica is one of the world’s longest-running progressive psytrance duos, their moving soundscapes ring through the scene with profound resonance, leaving their mark on all who experience their soulful, stomping melodies.

With a sense for quality production that’s second to none and a finger on the pulse of that which moves hearts and feet, their driving sequences and acute attention to detail hit the mark without fail.

Atmospheric, flowing, and beautifully powerful, the signature Protonica sound once again takes us straight into the essence of pure, progressive psychedelic music.

Symmetry is out now via Iboga records and it immediately slid into #1 spot on the Beatport Top 10 releases.

We picked Piet and Ralf’s brains on how they achieved such immaculate Symmetry.

With a partnership that spans more than a decade (more than most marriages these days), what is the secret to working together as a team for so long? 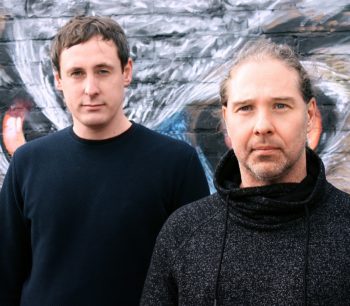 Ralf: I think, as in any good and long marriage, honesty, mutual trust and reliability comes first. I think we both brought these criteria from the outset.

Of course, it also takes some luck for a project to go well.

And as in any good marriage, there are also discrepancies and there you should find a common agreement. Protonica challenges each of us, and so it can also be seen as an opportunity for mutual growth.

Finally, one could say, and that it also applies to a good partnership: Do not throw in the towel right now, if something does not work out, be patient!

Piet: Exactly what Ralf said, it’s a bit like marriage: there are good times and less good times.

There may be fights, but then again, unity. We can both be very stubborn in our beliefs and ideas and sometimes we go at it hammer and tongs.

But at the end of the day, our common goals and the love for the music connect us again. We have a good distribution of tasks so we can better distribute energy. Discussion is important to develop and make progress.

Your third album Symmetry dropped on Friday, 31 May via Iboga. This 9-track offering is a progressive psytrance lover’s dream. It’s got atmosphere, sexy synth-work, perfect percussion and mesmerising vocal clips.

Was there a specific mantra you followed whilst producing this album? 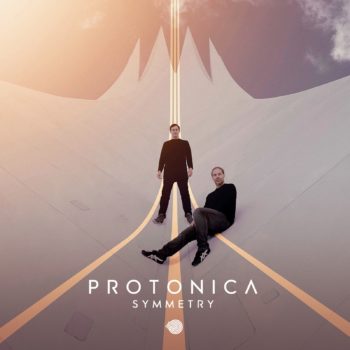 Piet: Thanks for the kind words! We worked hard on the album for about two and a half years.

Our last album ‘Form Follows Function’ was our breakthrough and we wanted to create a worthy successor. In other words, we wanted to raise our production levels to 2019, testing our limits, but also staying true to our signature sound and to Progressive Psy-Trance.

I like to compare the approach of our new productions with a Porsche ‘911’ or iPhone. You recognize it immediately, you love the old versions, but you want to have the newest version. But before you ask: no, we do not own Porsche 911s [laughs].

Our last album ‘Form Follows Function’ was our breakthrough and we wanted to create a worthy successor.”

The three single releases E.B.E, Gravity & Levitate have all made strong appearances on the Beatport top 10 singles chart and indeed dancefloors around the world. This is no easy feat.

Does that add or relieve some pressure towards the release of the album? 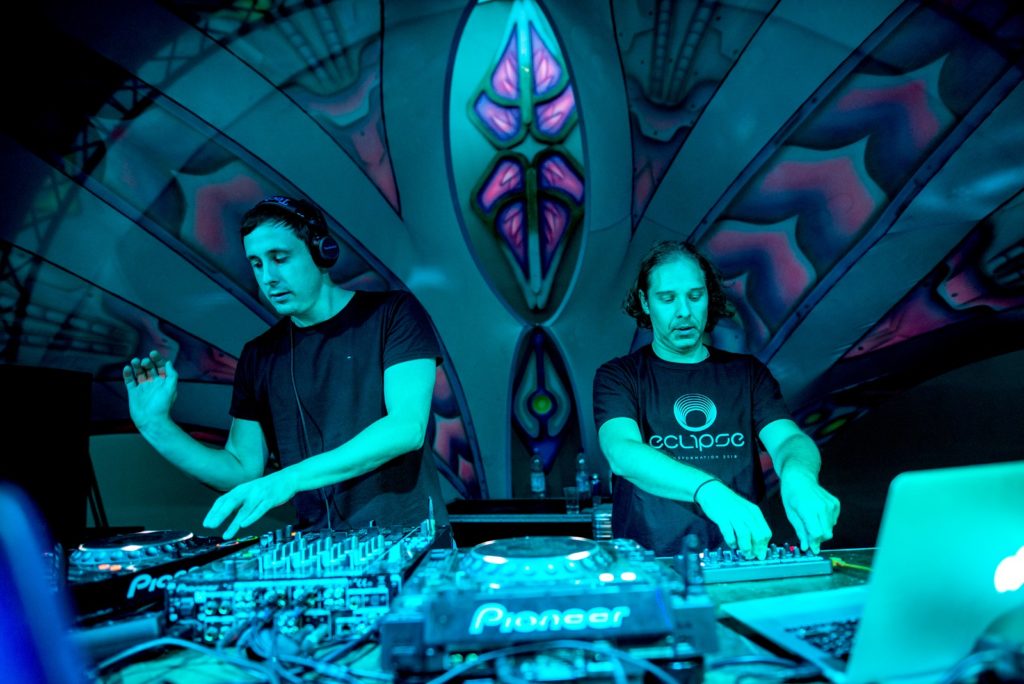 Piet: Of course we are relieved that our releases are very popular!

It is a financial risk these days to take the time to produce an album. Also in the music industry today is in an accelerated age and shorter and shorter half-lives of tracks.

But we also think that good things just take their time and people can still appreciate it.

A definite highlight from the album is how you’ve managed to breathe new life into the Atmos 1999 classic – The Only Process. It keeps its old-school feel but with some much needed 2019 production wizardry.

The track has been previously remixed by both Captain Hook and Metronome.

How did you approach reworking the track with the knowledge of the two previous remixes as well as the added challenge of having to re-record some of the necessary source material?

Piet: It was the production of the remix that took the longest (on the album).

But it was a matter of the heart and time did not matter, because we both worshipped the original.

First we analysed the original and restored the sounds and partially re-recorded them. The original mix is over 20 years old and the remix files were incomplete, unlike the way it is today with modern digital audio workstations and total recall.

After we restored the most important sounds and patterns, we wondered what the track should sound like today.

Definitely energetic, playable by DJs, in a new guise but still with references to the original. We have a few ideas and we could probably do more remixes of ‘The Only Process’, but this is the 2019 version now.

We’ve always wanted to do a chillout song and that’s where our album was the perfect way for it to be realised.” 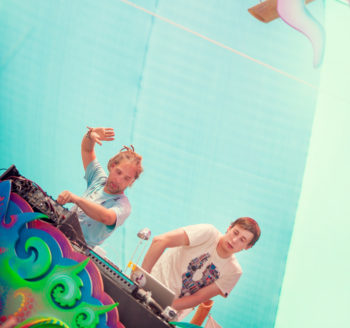 If you enter the psytrance time machine and listen to the old albums of that time, you will notice that there was often a chillout/downbeat track on the album.

As an example, I spontaneously come across the album ‘Archipelago’ (2006) by Vibrasphere with the song ‘Late Winter Storms’ or FREq with the song ‘Aisha’ on his album ‘Gosub 20’ (2006).

We’ve always wanted to do a chillout song and that’s where our album was the perfect way for it to be realised.

Also for production reasons, we wanted to do it. We both also like ambient and chillout music. Only Bum Bum would be too boring. 😉

Besides digital, Symmetry will be released as a collectors’ edition double gatefold VINYL. We see the growing trend of vinyl sales across all genres.

Do you think the new generation of psytrance fans can appreciate this format even though they can’t play it from their phones or cars? 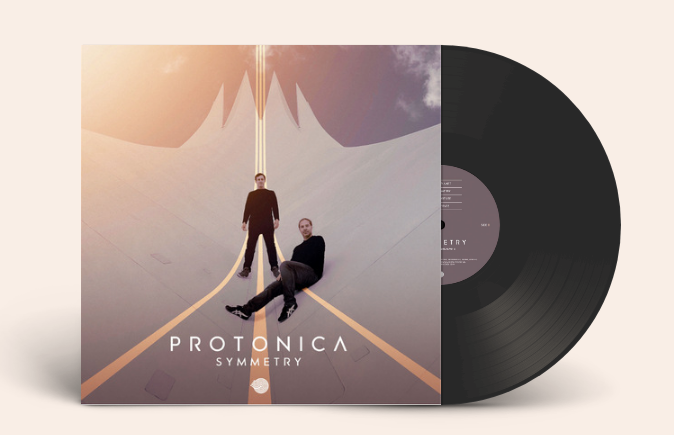 That’s why there’s a sort of crowd funding campaign on ‘Diggers Factory’- If the interest is big enough the record will be pressed.

Thus, the market decides about it and neither we nor Iboga Records take a big financial risk. The production is more expensive than CDs.

In a world where we are increasingly uploading our lives to the clouds, streaming music and movies, renting cars, it is sometimes reassuring to own something.

Imagine Spotify, YouTube or Apple Music going bankrupt or hackers are attacking you and your entire music collection is lost. Then you still have a record in the living room and enjoy the music in a completely different way. Vinyl are great collectibles and we wanted to create a dignified cover artwork for them.

From Austria to the UK, Greece and the Netherlands, you’ve played gigs all over Europe this year, road testing your latest offering. What has the dance floor response been to your new material and which track from surprised you the most when played out to a dancefloor?

Ralf: In the run-up to our album we were able to test some songs.

‘Gravity’ as well as our remix of Atmos his song ‘The Only Process’ were well-received by the audience. That was a surprise! All our other songs are of course also very well received.

It’s nice to see if our work appeals and pleases. PS: Our ‘E.B.E Remix’ was the first release from the album – this song had a certain appeal among the fans.

We can definitely say that experimenting with other musical styles has strengthened Protonica.”

Aside from Protonica, you guys have a few side projects like ‘Collidr’ and ‘Kaempher & Dietze’.

As I understand it, Protonica is psy to the books, whereas the other projects are the experimental laboratory where anything can go.

How do you feel these other projects have strengthened you as producers? 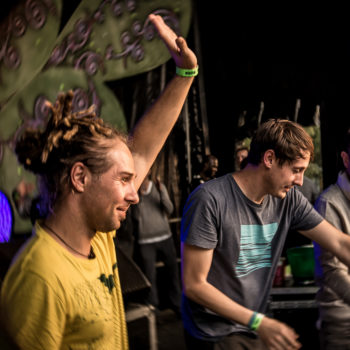 Ralf: Through ‘Collidr’ and the older project ‘Kaempfer & Dietze’ we have created a way to try out different music styles.

The projects are also there to experiment and of course because we like the music. We sometimes need variety in music production, otherwise it gets boring.

‘Collidr’ serves the music facets of techno. If we have heard Psytrance too often, we can escape to ‘Collidr’.

Protonica is our main project and therefore has top priority. We can definitely say that experimenting with other musical styles has strengthened Protonica.

And finally, let’s have some fun 🙂

Assign a track from Symmetry to the following activities:

Protonica – Symmetry is out now on Iboga Records