You are here: Home / Featured / More EDM Artists Should Have Online Slot Games 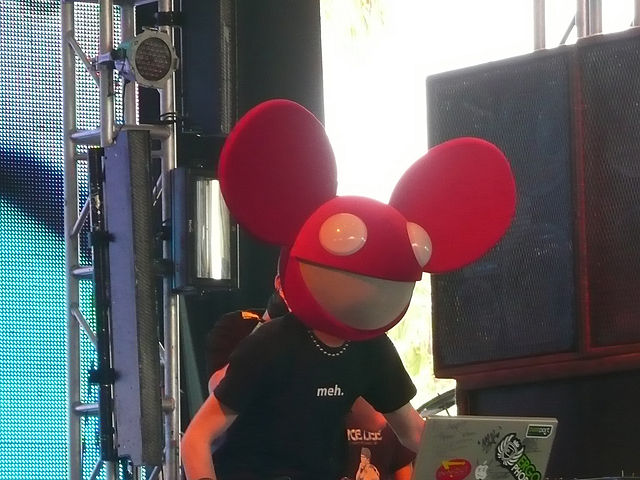 With slot machines bearing licensed characters all the way from Andy Capp through to Indiana Jones and Family Guy, it’s not surprising that their online counterparts would do likewise. And likewise, it’s not surprising that musicians would have signed up to license likenesses and songs. What might be surprising though, is how few EDM musicians are represented in the sector, particularly given how computing technology has revolutionized dance music over, say, rock music. So is there room for more?

The musicians licensing online casino games trend was started all the way back in 2012, by somewhat unlikely suspects, in thrash metal band Megadeth. It really started gaining steam in 2016 when the NetEnt series of games unofficially corresponded with the Guns N’ Roses comeback, also resulting in games featuring Hendrix, Motörhead and Ozzy Osbourne. These days you’ll find slots featuring everyone from Dolly Parton to Michael Jackson; Elton John to ZZ Top. (And if you’re wondering if the band who’ve licensed quite literally everything – KISS – have one, then yeah, they do).

We haven’t – or hadn’t – seen slot games embracing EDM though. Perhaps surprising given that clubbing is now almost as big a draw for visitors to Vegas as the card tables. Deadmau5 was the first, partnering with Microgaming to release his online slot in November 2020. Players can listen to Deadmau5 tracks ‘4Ware’ and ‘Monophobia’ and watch visuals from the 2019 Cube v3 tour as they play. There’s been a few others that have skirted around the subject, too – Red Tiger’s September crypto themed slot NFT Megaways has an EDM-ish soundtrack, and the Super Lion jackpot that is being featured on Gala Spins as of this writing also has an EDM-infused soundtrack. It revolves around bright, eye-catching symbols and a sort of fantasy-techno-lion theme, and a house music vibe matches the action, even if it’s not associated with a specific artist. It does, however, beg the question of which other artists could both promote themselves and create entertaining games in a space already (and increasingly) recognized as having tie-ins to popular music.

Daft Punk might be the biggest and most obvious choice – they have the instant name and brand recognition. Maybe you could use the famous helmets as reel symbols? Also, their recently unearthed set at Vegoose – a short lived Halloween festival in Sin City – has quickly become the stuff of YouTube legend, so the tie-in is there as well. On a similar idea, Marshmello’s iconic headwear would make for a fun slot game. Add to that his numerous Vegas residencies and there’d be a pick of tracks for the soundtrack. Maybe the jackpot could be a video of him revealing his real identity to the player? Probably not, but we can dream. Soundtrack-wise, Richie Hawtin would be a great score for a slot machine game – the ambient background from the trippy ambience of his Plastikman project for general play reverting to the punishing techno of his Plus 8 or Decks Efx and 909 sets when the player enters the exciting special features.

For the British contingent, Carl Cox and Paul Oakenfold are both Vegas regulars, and Fergie’s been living out there for nearly 10 years. We don’t yet know how losing players would react to a message telling them it’s all gone Pete Tong.

We could just be spitballing, but the combination of light shows, soundtrack and the long association with Vegas superclubs means that it’d be surprising if we don’t see more of these tie-ins. Famously, where Deadmau5 goes, others go with him – witness Afrojack and Diplo taking him on in the Gumball 3000 rally.
If in fact we see games materializing from any of these artists, in slots or elsewhere, we’ll bring you the news right here at IDM Mag.