You are here: Home / Featured / MGMT on South Africa and DJ’s: “we like confusing people” 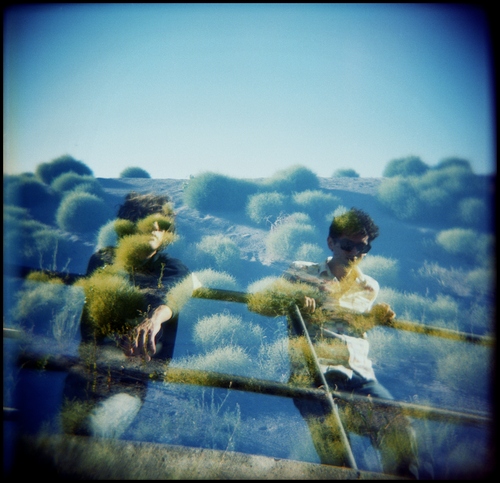 MGMT South Africa – two words many have been waiting to hear for a very long time. And thanks to Rocking The Daisies and Vodacom In The City, the 5-piece (led by vocalist Andrew Vanwyngarden and instrumentalist Ben Goldwasser) are set to be the transition between electronic and rock this year – alongside UK DnB giants Rudimental, Ausie duo The Presets and Crystal Fighters.

In a world where genres get boxed and perception can be an enemy, MGMT were no doubt one of this generation’s greatest vegetarian options. Something not everyone liked, but something we all took note of. And thanks to them, musicians in local bands not only see electronic music as do-able, but as cool.

Hello MGMT! Are you excited for your first visit to South Africa or is it just another blurred line between one city and the next with such tight touring schedules?

MGMT: We’re very excited. It’s one of those places where there’s been so many times that we’ve almost played there and then it fell through for some reason or another, so we’re glad that it’s finally working out. Every time we visit a place it’s nothing like we imagined. We’re kinda prepared for anything…

According to the promoters, your set will feature a ‘must-see to believe’ video experience. Care to spill any more beans?

MGMT: [Laughs]. It’s really cool… our friend Alejandro [Crawford], who also lives in Brooklyn, does live [unscripted] projections on stage where he manipulates video while we’re playing [in real time]. Each show’s a little bit unique, because we change the set list a little bit every time. Our performance isn’t as much about the stage show and the banter. We’re more focused on playing our instruments and recreating the music, it gives something visual on stage… which is nice.

When we go out to a dance festival in the US, a lot of what I hear is a lot of absolute garbage…

You definitely have a knack for being mysterious. With 4.2 million fans on Facebook and a socially hyper world, do you think the idea of the enigmatic artist has become an obscure one?

MGMT: A lot of artists were enigmatic out of necessity up until pretty recently – just because it was hard to gain information about them. Even up until the 80’s and before the internet really took off you had to collect zines or clip stuff out – it was a lot of work. Now it’s not only easy, but you also expect the artist to kind of reciprocate and give back in terms of informing fans on what’s going on in their daily lives.

You’ve always had an appreciation for good pop music. What do you think about the EDM craze that is currently digging its fingers into the American pie?

MGMT: Like any genre, there are good and bad examples… when any genre of music develops a name, it can be thrown around like a catch phrase – it just kinda gets lugged in with a bunch of other stuff. When we go out to a dance festival in the US, a lot of what I hear is absolute garbage. We don’t really know what to attribute that to, [when] there’s plenty of great electronic music being made right now.

Do you have any personal favourite DJ’s or producers? 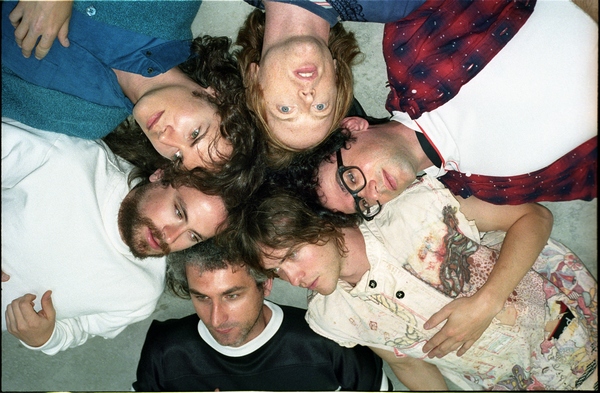 It’s a bit ironic that when you first started out, most kids were still into guitars and drums while you were tinkering with synths, yet nowadays I guess every kid wants to be a DJ. Do you feel that MGMT have almost bucked the trend?

MGMT: What we were doing starting out [in college] was the same approach a lot of people want to take now, where it’s just about the accessibility of having a laptop that’s easy to put software on and make music. It has changed a lot of the ways in which people can make music and the ways that people can get music out there. And it’s only gotten easier… which is a good thing. Somebody with no resources and a really great imagination can get something great out. It also means that anybody with – we don’t want to say no talent, because everyone has some sort of talent – can make some really bad music and put it out in the world and call themselves a DJ.

You’re both 30 now and your last self-titled album was your third on a major label. Having gone from chart toppers with Kids and Time To Pretend, to more artistic experimental sounds with Alien Days and Plenty of Girls In The Sea, do you find that perception is the harshest critic?

MGMT: If we were smarter about crafting our image for people maybe they would have an easier time with that, but it hasn’t really been something that we paid that much attention to. In a way it’s our own fault for doing something different every time… we’ve put out a record not anticipating how that’s gonna confuse a lot of people, but we also like confusing people.

Would you say that you view artistic integrity above all?

MGMT: There isn’t really much of an option for us. This is not something that we are doing for success and fame; we’re doing it because we love making music. If it ever got to the point where we weren’t enjoying making music, we should do something else. We are making decisions just so that we can keep doing what we want and making the music that we want and we’ve been fortunate up to this point… we want to find people who feel the same way we do and have a similar way of looking at the world and communicate with them. That’s what a lot of our favourite music does for us, it’s like “oh there are more of you out there.”

You’ve been together for almost a decade and seen a very interesting time in music, going from analogue to digital, Looking back in retrospect what do you think is going to happen in the world of music?

MGMT: Looking back over the history of recorded music, which started around the turn of the last century, it’s easy to look at any moment as if it was the most important thing that ever happened – and you know maybe it is at that moment. But a decade later, it might look totally ridiculous. That’s a lesson that people still haven’t learnt. Maybe for the best. It’s funny to think how people are going to perceive this day in ten or twenty years…