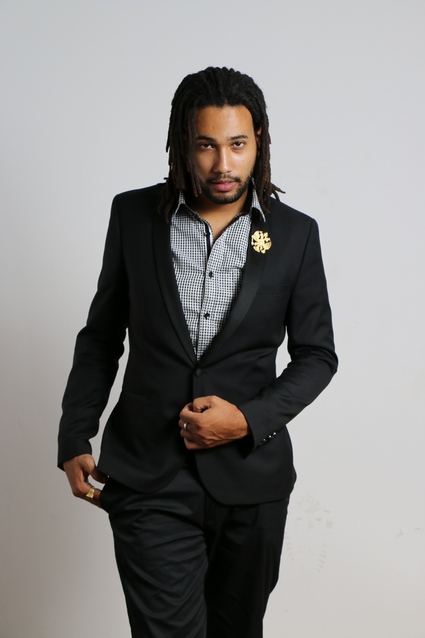 If going up against Mafikizolo for the coveted KIA SAMA 20 ‘Record Of The Year’ for Ordinary Guy (ft. AKA) proved anything, it’s that Mathew Gold is on his way up – high up.

The Cape Town native and Goodluck Music signee who is known for being a Jack of all trades is slowly but surely becoming a rising king of many who’s making a definitive mark on the electronic urban side of South African music.

Hello Mathew Gold. It’s almost been a year since the release of your RnB-house-hip hop debut, The Rush. How are you doing?

MATHEW GOLD: The reception of the singles has been over whelming. I’m really proud of this album and we still have some amazing new music to be released.

You’re a SAMA nominated singer songwriter who collaborates with Ben Peters, AKA, Crazy White Boy, has releases on Soul Candi, performs at the Cape Town Jazz Festival and plays guitar. Are you aiming for Locnville fame?

MATHEW GOLD: My first hurdle would be finding my long lost twin brother… I’ve never really thought about fame, I’m focused on my music, the sound and communicating with my fans about all sorts of things.

Well you know what they say: you’re not famous until you’re naked in the Marie Claire…

“My first hurdle would be finding my long lost twin brother… I’ve never really thought about fame, I’m focused on my music, the sound and communicating with my fans.”

One of the definitive highlights on your CV is your single No Ordinary Guy that knocked off Daft Punk’s Get Luckyon the 5FM Top 40. Where do you see the limits of stage stardom in South Africa?

MATHEW GOLD: It’s an amazing achievement and it could not have been possible without all the girls, boys, moms and dads voting for it. I’ve always tried to provide something different vocally, musically or visually. There are no limits.

Mafikizolo unfortunately stole ‘Record of The Year’ from you at the 2014 SAMAs. As a rising local star, how does it feel to have gone up against legends such as them?

MATHEW GOLD: They really deserved the award. I’m a huge fan of Mafikizolo. It’s amazing that I can look up to these artists and have the opportunity to meet and take inspiration from them.

MATHEW GOLD: I’ve just moved to Johannesburg, so the hit list is stacking up. Goodluck and I will be teaming up again for a follow up of the ‘Record of The Year’ nominated Taking It Easy, it’s called Last Summer.