Marian Nyako-Lartey on hosting the Rolls Royce of radio shows. 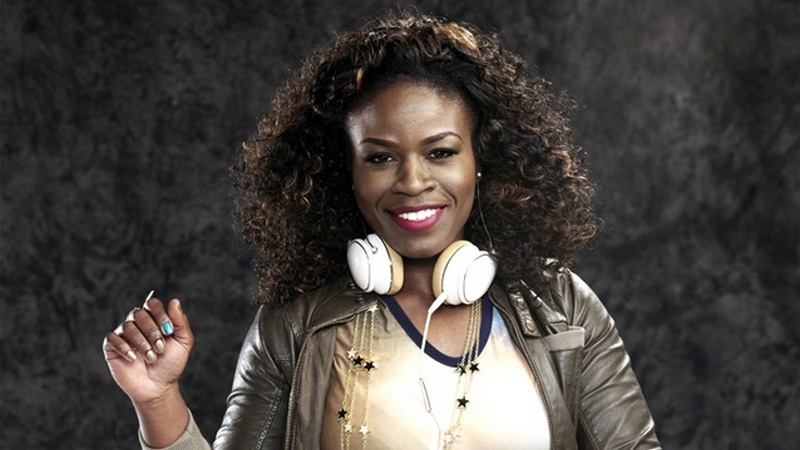 …it’s a spiritual thing, a body thing, a soul thing”

“Not everyone understands House Music…” professed Eddie Amador in his 1999 song which has since become an iconic salute to the sophisticated nature of the genre.

For those that do “get it”, 22:00 every Friday evening is a special time as eager fingers turn the radio knob to the Urban Beat show on Metro FM.

Hosted by Marian Nyako-Lartey and featuring the cultured selections of South African House Music royalty, Vinny Da Vinci and DJ Christos, each three hour show is a journey into the deeper side of House Music.

We had had a heart-to-heart with the award-winning radio hostess about anchoring the Rolls Royce of radio shows.

What’s the one thing you look forward to about the show each week?

Marian Nyako-Lartey: Enjoying the quality and exclusivity of the music that the guys bring onto the show.

It’s not the type of House Music you hear on radio every other day, so I as much as the listeners really get excited once Friday 22:00 hits! 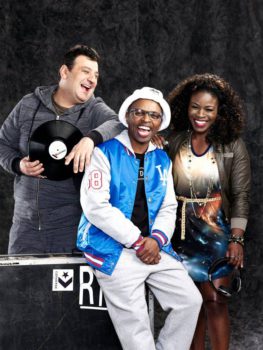 Vinny Da Vinci and Christos are undisputed legends. How has it been working with these two malumes of SA House Music?

Marian Nyako-Lartey: One can never deny the impact and amount of respect the two have within the industry.

I am but one of thousands, if not millions worldwide, who have always and still do have the utmost respect for their work.

Vinny and Christos are such a pleasure to work with.

We laugh genuinely together.

Saying they are humble is but just a tip of what they both are.

When it comes to work, they allow me to be me making our working relationship pleasant.

How exactly did you land the role of being the presenter for SA’s leading Deep House Music show? 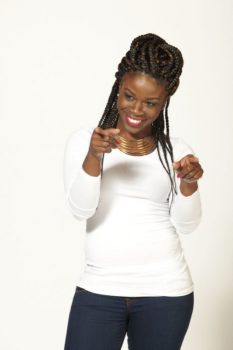 Marian Nyako-Lartey: I joined Metro FM in 2012 and in that same year I received an MTN Radio Award for “Best Commercial Music Presenter” for my work at my previous station (OFM).

Zeal, who had been hosting the Urban Beat with Vinny, Christos and Siyanda since day one, left the station in 2014 to pursue other opportunities which left her spot vacant.

I received communication from Metro FM management soon after her departure requesting to meet with me.

We met and it would seem the MTN award I mentioned earlier worked to my benefit, making me the first choice replacement for Zeal.

The rest as they say is history.

2016 has been a great year for local House Music.”

When exactly was your first broadcast of The Urban Beat and what do you remember about that particular inaugural show?

Marian Nyako-Lartey: June 2014 was when I first presented the show as the new host.

I remember being nervous because the team had been and grown together for about four years, which is a very long time no matter how you look at it.

This realisation would shake anyone.

What unique undeniably Marian personal attributes have you brought to the show?

Marian Nyako-Lartey: That it really is okay to be YOU.

I pride myself in not being or becoming part of the/a system.

What has been your most memorable episode/s to date and what made it so memorable?

Marian Nyako-Lartey: This is an easy one. Smiles

Each and every Urban Beat show.

The music on the show is really such a beautiful thing and seeing how the listeners respond to it, the cherry on top.

Are the any “rituals” that you perform before going live on air? 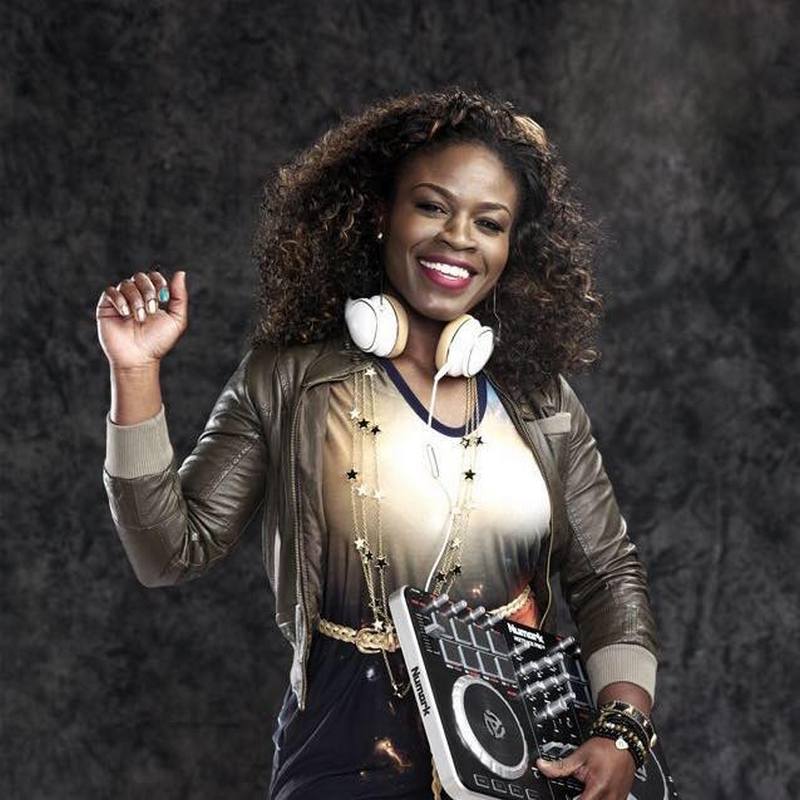 Marian Nyako-Lartey: Nope, unless I have had a really hard and long week will I stock up on the caffeine.

Other than that I just allow myself to be fully taken by the music so I am on par with the Deep House head listening on the night.

Talking of being live, call-ins enliven radio and make it exciting, yet there’s always that inevitable conversation that leaves you as a presenter somewhat bewildered. What’s been the weirdest live conversation that you have had on the show?

Marian Nyako-Lartey: Firstly before a presenter catches feelings they should understand the nature of the show they host.

With this said the Urban Beat is on air over the weekends and in the evening so given these facts you need to be light hearted when engaging with a caller.

The only thing you shouldn’t stand for is if someone outright swears at you, which thankfully has not happened.

“Diroba“, the segment that features some really talented but quite “underground” producers, is quite popular. How exactly did this section get the name “Diroba“? 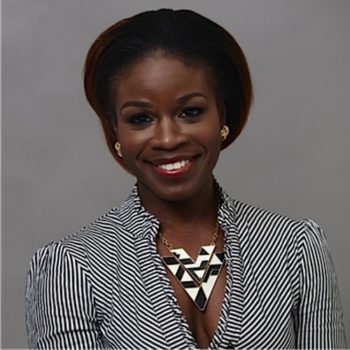 Marian Nyako-Lartey: It’s a phrase that came about during the original Urban Beat term.

I think Vinny came up with it.

It is a feature on the show where we celebrate local talent.

The mix is always 100% local and the track selection highlights and celebrates some not-so-known but world-class producers.

House Music is about a feeling, it always will be.”

How do you guys dig up some of these hidden but really soul-stirring gems?

Marian Nyako-Lartey: Vinny and Christos are on the road a lot.

They are all for unearthing new talent and I love that about them.

This is where many producers approach them, I know I would.

Indeed SA House Music has made some really huge strides over the past decade. Where do you see the genre going over the next few years? 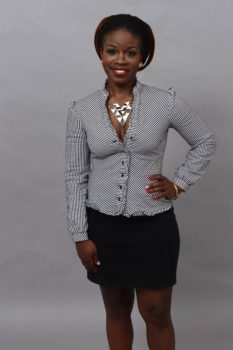 Marian Nyako-Lartey: House Music has remained a stable genre in the country for years.

2016 has been a great year for local House Music.

Internationally thanks to the likes of Black Coffee and Culoe De Song.

Locally Prince Kaybee and Mobi Dixon have also had a great year.

I hope, if anything that the success of 2016 will show others in Deep House that the world is ready and the time is now.

Currently who are your favourite local and foreign House Music artists, DJs and producers?

Marian Nyako-Lartey: The likes of Avicii, Rocco and Lars.

Let me limit it to this before I get carried away.

Locally…WOW where do I begin…

Vinny, Christos, Black Coffee, Mobi Dixon, Chymamusique, Da Capo and those who I feel are the ones to lookout for…Roque, Lilac Jeans, Thap’ Soul are just but a few.

We have some really great producers and DJs in South Africa.

The international and local pie is big enough, it’s only a matter of time…

How do DJs get their mixes onto the show and what are the actual requirements for the mix? 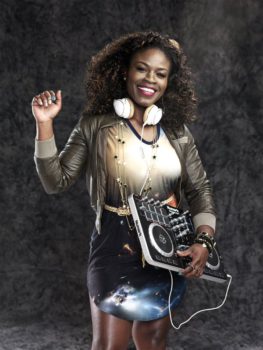 Marian Nyako-Lartey: They can either get in contact with Christos or Vinny who are very open to social media engagement.

I also do accept and receive mixes on marian@metrofm.co.za.

The mix should be 30 minutes long, should have a high local music percentage and lastly the track list should be attached.

What kind of preparations do you make before each show?

Marian Nyako-Lartey: I try to be well informed on any House Music breakthroughs week on week so I can share that knowledge with the listener.

Lastly each time I enter the studio I tell myself I have now entered an exclusive Deep House party.

How many other people are involved in putting together the show?

Marian Nyako-Lartey: I wish I could give a list of people but to the surprise of many a man, I do everything myself, from the technical to the anchoring of the show, to the Tweeting during the show.

I receive the mixes from the guys then from there I get into fifth gear.

Marian Nyako-Lartey: House Music is about a feeling, it always will be.

Everyone who tunes in over the weekend is fully in tune with that.

It’s a movement made up of great loyal family members.

You can’t not fall in love.

When the show is done and dusted what do you usually get up? Do you head straight home or it’s time to party?

Marian Nyako-Lartey: I have a 60/40 split between going to party or going straight home.

As you can tell it’s the music which stays winning and I end up going out clubbing.

What innovations can listeners expect on upcoming episodes of the show?

Marian Nyako-Lartey: The same quality they have grown to love over the past eight to nine years on Metro FM and possibly a feature where we get one on one with producers and DJs.