You are here: Home / Featured / Liquid Viking Interviewed ahead of MAGIC 14hr Festival

The MAGIC 14 hour festival launches next weekend – 12 November at Hillside Quarry in the Durbanville Winelands. Liquid Viking shares the lineup with a seriously stellar collection of DJs and artists.

Currently the music scene is saturated with DJs which only play the “top ten” so best you aim high.”

We first identified Liquid Viking back in 2014 as one of the hot young producers to watch for the future. Since then he has released a few EPs, the last few tracks really establishing him as a producer with an excellent ear.

He also signed to Psynopticz Records recently so we can expect a lot more music from him soon.

We chatted to him ahead of MAGIC Festival…

You’ve been involved and producing for a couple of years now. It’s tough to get recognised and indeed even tougher to get gigs, especially overseas for a young producer. What keeps you ticking? 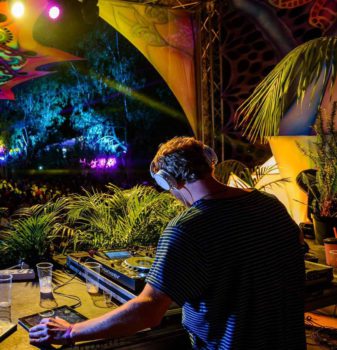 Liquid Viking: Yeah it’s quite difficult but I am passionate so I guess I surround myself with the correct people and I get influenced with different types of music. I’ve made a new alias- Nasty Habits – always putting in 100% plus and keep trying something new.

Speaking of that you’re now signed to PsynOpticz Recs. What’s the plan for releasing? An EP first then an album? Collabs?

Liquid Viking: Yes very stoked to be a part of the PsynOpticz crew. I had my debut release with them in 2014 and my second EP ‘Chakras’ will be out soon with my first collab track ‘Not Human’ with Zezia… It’s a summer dance floor banger!

I’m keen to express myself over a 9 track album but for now EPs and singles are working well both for the web and for me as an artist.

How do you feel the Psytrance scene has changed since your Android 17 days?

Liquid Viking: Well I would say the industry has definitely gone through a rebirth or major upgrade in its appearance and it has branched out with all types of different genres since Android 17 releases and my opinion is that it’s crazy how fast paced and ever evolving the scene I now.

Currently the music scene is saturated with DJs which only play the “top ten” so best you aim high. But I stay positive and work extra hard and I really think out the box at all times. Dream big!

Recently you travelled to the UK, how was the experience and did this impact on your creative inspiration? 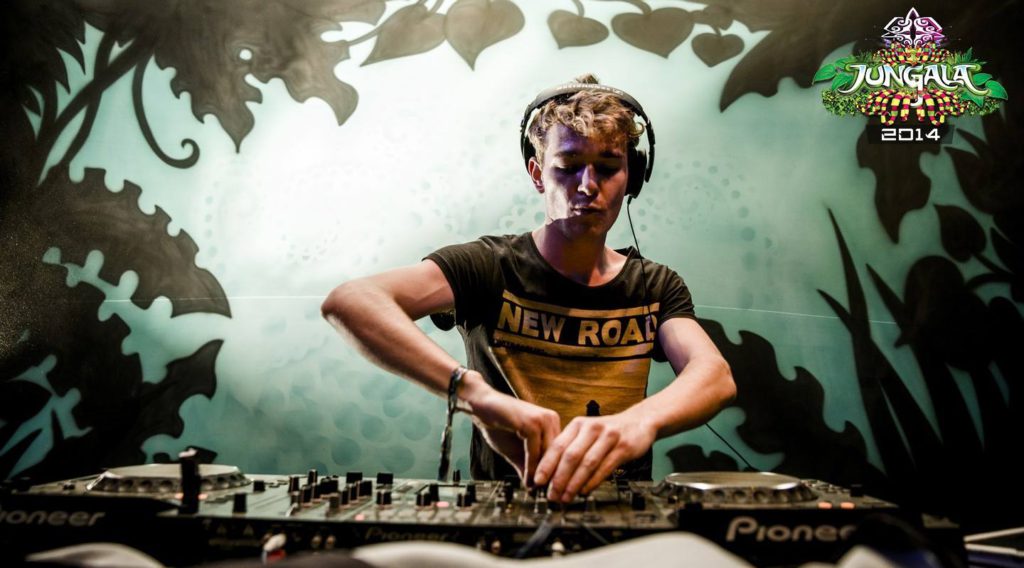 Liquid Viking: Yeah Europe was amazing but I would say traveling in general was a blast of inspiration to my life and my career; so many different lifestyles and meeting people that are rock stars in the music industry. I think it made me realize I can achieve anything I want….  ‘You’re in control!’

I’m really focusing on the bigger picture and playing overseas. That’s where it’s at…”

Did you manage to attend any psy parties overseas and if so, what did you find different over there?

Liquid Viking: Went to a few underground events but unfortunately not psytrance.

MAGIC looks like it is going to be a killer 14 hour party. You’re on a lineup with some real heavyweights. Excited much?

Liquid Viking: MAGIC is going to be MASSIVE!

It’s my first 14 hour Psy event and first time being on a lineup with Bliss and Mystical Complex so yeah, definitely exciting, heart racing stuff. A lush venue, perfect dance floor and what can I say… PsynOpticz just know how to throw an event! It’s also just 5 minutes from home for me.

How come we don’t see Liquid Viking playing anywhere at the moment? Clubs etc? Are you waiting to unleash your sound on us this summer from MAGIC onwards? 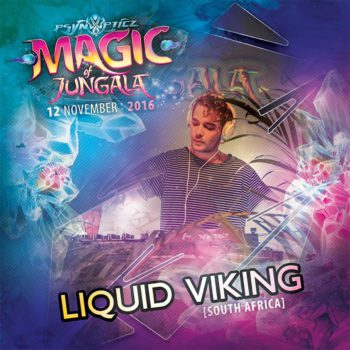 Liquid Viking: As you said before not easy to get gigs, so I’m really focusing on the bigger picture and playing overseas. That’s where it’s at and only by traveling and experiencing did I get to understand this. You lose a bit of studio time but you learn so much. Good to be back and very excited for the summer season ready to show off some of my new tracks.

I really like the two tracks you released on Eclipse Records (Communication & Talking Tribe) – is this a good example of what to expect from your LIVE set at MAGIC?

Liquid Viking: Maybe…  I’m working on a lot of new material so not hundred percent sure what I’m rocking yet.

But yes both tracks are from a batch of tunes I wrote in the UK and the ‘Talking Tribe’ and ‘She’s Calling’ has already made some waves so I had to post both full tracks online. You can check them on my Soundcloud page.

Which artists (old or new) would you say had the biggest influence on you wanting to produce progressive trance music?

Liquid Viking: I was very influenced by the Spin Twist Records sound and it was all about offbeat and that’s what my first EP was all about. I guess it’s quite interesting to actually see the scene change again to more the fullon Iboga sound and I just make sure I’m in the loop of things.

Locally who was the first DJ/artist that you remember partying to when you first attended an outdoor festival?

Liquid Viking: Well I’d been attending parties way before I actually partied at them.

My parents had one of the first food stalls many years back, around the first Silverstroom days, but yeah that’s years ago. I guess Commercial Hippies would be first to mind.