Lavish 189 talks about his Tomorrowland experience and SA House 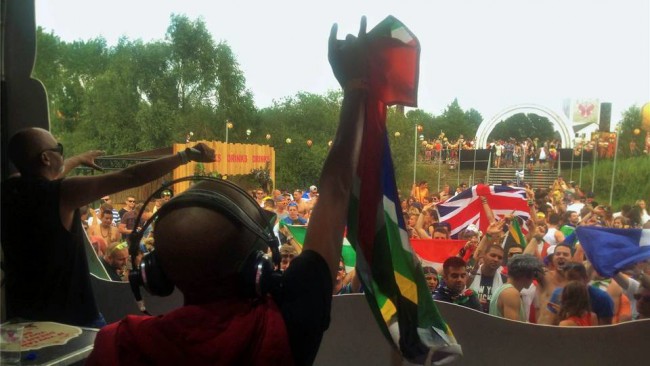 Lavish 189 and DJ Siphe Tibeka were both given the opportunity by Bridges for Music to visit and perform at one of Europe’s biggest (if not the biggest) dance music festivals in Europe, Tomorrowland.

On the surface this sounded like a great initiative and we know Bridges for Music has done some really great work with workshops in the townships of South Africa but it did get me wondering; what impact does a once-off gig at a massive festival have on a young DJ? Lavish 189 – real name Alton – talks us through his experience and his take on SA house music.

Tell us how you were chosen to attend Tomorrowland via Bridges for Music?

Lavish 189: I think it was because of the hard work I have been putting in, in building myself as a Dj/Producer with the little resources that I have got, putting my name out there, and working with my team (Spacefellaz). My team and I have just shot my debut music video for one of my songs featuring legendary Jazz artists from my Township (Langa). And the video had played on all major SA television stations. Bridges for Music picked up on this and I was constantly attending their Workshops here and in Langa and constantly updating them with my Work. I guess it was a way of encouraging me to work harder and don’t give up on the dream despite the odds.

Was the experience everything you expected?

Lavish 189: It was more than what I expected, It was Crazy… I’d never imagined something like this to happen in my life. It was the first time that I played for a bunch of people that are probably not really familiar with the dance culture I grew up with. It was really interesting to see whether I would be able to pull it off. But I do believe I managed to do so.

Did you play ALL South African music at Tomorrowland?

Lavish 189: Yes, I had to represent our sound to the world, let them know what we are about. 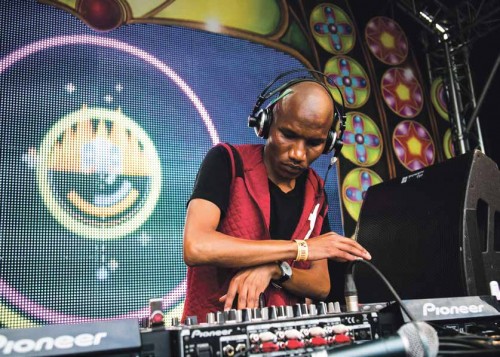 And your own productions – did you play those too? How was the response?

Lavish 189: I had to; the first 2 songs of my set were actually my own productions. The response was quite fascinating, I could see they were not really familiar with the sound but they jammed to it.

In what way do you feel it has helped you for the future of your career?

Lavish 189: It has just opened my eyes that there is still a huge divide between the two cultures (European Music & South African Music, EDM & House, Black & White Culture). So my mission now is to try and bridge the gap between these two cultures musically. Through the sound I make I try to do the same thing myself. I still represent my township and the music that goes with it, but I am definitely trying to narrow the gap between the two cultures. South Africa is such a diverse nation – we call it the rainbow nation – so it is actually absurd to divide people even more through music. Music should unite. It’s all about peace and music.

For a short while over the past 2 years Langa became quite popular with (white) city kids coming out to the workshops and even a few parties. Has it made any difference having these workshops in Langa?

Lavish 189: Yes it has. Thanks to Bridges for Music and certain DJs the two cultures are growing closer together. And we’re learning a lot from these workshops and they are very inspiring. It makes us worker harder and be more ambitious. I would have never thought I would play Tomorrowland ever, but I did, so imagine what message this sends to more DJs from Langa and the surrounding Township. 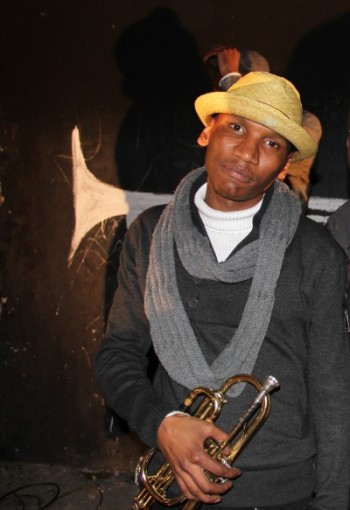 Music is a big part of township life. How busy are you as a DJ with gigs in and around the townships?

Lavish 189: I play quite a lot at gigs in the townships; I also perform quite a lot with my band.

There must be a lot of DJs in your area. The ambitious ones, like you – where do wish to be in 5 years?

Lavish 189: Being a regular and playing more festivals in South Africa and around the world, performing my songs live in my DJ sets with featured artists rather than playing them off CD. Have a Live recorded concert, my songs performed live (Live DVD), travel Africa and make a lot of African inspired music and have a bunch of Cape Town artists making it big and have a strong industry in Cape Town so we can eat.

You have a music label called Spacefellaz records. What are your plans for releases through the label?

Lavish 189: My mission and Leletu’s (partner and label owner) for now is to release singles then follow them up with music videos through the label. Work towards releasing that live performance DVD with all the artists we going to be working with, there is no date yet, we just working. Building a strong Cape Town force for the SA house scene and the rest of Africa.

If you could change one major thing about the SA house music scene, what would it be?

Lavish 189: It would be that every city in SA has a strong house music industry within their own cities and gets support from local municipality and sponsors, because we have got so much to offer as different provinces.