You are here: Home / Featured / Lars Behrenroth – Goes Deep ahead of Spring Fiesta 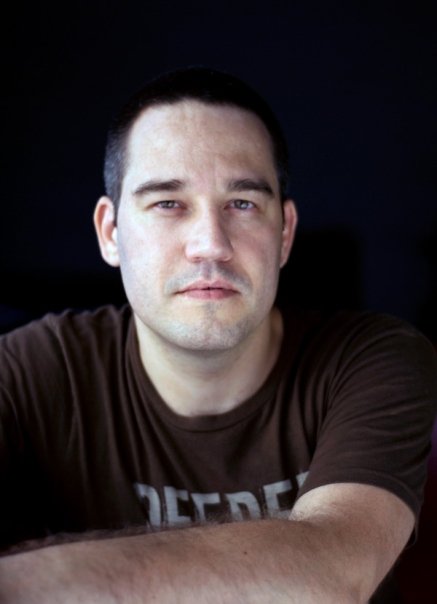 Lars Behrenroth will be performing at Spring Fiesta 2015 on Lulo Cafe’s ‘What About Soul’ stage. The Deep House producer who’s massively popular weekly 2 hour radio show, “Deeper Shades of House” is syndicated to dozens of radio stations globally is also no stranger to South African dancefloors having performed here several times and acknowledges Pretoria and indeed the club, House 22, as his ‘home away from home.’ He is also no stranger to our wealth of house music producers in this country.

Here he talks to us about the global deep house scene, his love for the South African house sound and what he thinks of the EDM craze that has swept the world…

DJing since ’86 and producing since 1997. This would suggest that you’ve really seen a lot change in the world of house music. Has your genre of choice always been the deeper side of house or have you simply mellowed over the years?

Lars Behrenroth: When I started DJing it wasn’t just one genre. I didn’t even think in terms of genres or had any idea where this “playing records thing” would go. It was always important that I liked the music I played, especially since the pay for my first gigs would only allow me to buy one record and you better believe that I bought something I really wanted rather than something I thought people wanted to hear.

Eventually I bought more and more house records but that’s all it was for me, house music. No sub genres!

I would pump it up for sure, even more so in the mid 90s. I was big into French and Disco filter records and would buy anything DJ Sneak would release. But I would also always buy deep records just because I liked the vibe, it spoke to me.

Over time I got bored with the banging stuff plus I think the quality of the particular styles I mentioned went downhill while the deep sound got better and better. To this day I keep my music versatile, definitely more dialed in on the deep sound but when I like what I hear and can imagine myself playing it out, I’ll add it to my collection, no matter what style.

Deep house has made a massive return in popularity over the past few years, especially in Europe. Not to take anything away from the quality of the music, but do you think this is in any way retaliation by ‘true house lovers’ to the onslaught of EDM which is by contrast quite brash music?

Lars Behrenroth: I don’t think one has to do with the other. Deep House came back up as a result of the fatigue towards the minimal sound. People wanted to hear more musicality and less monotonous sounds. Minimal House has brought forward some great artists but the productions within the genre became predictable and boring.

This happened in a parallel world to the one in which EDM began to “flourish” and also earlier than just the past few years. There have always been big rooms where progressive or trance was played but it wasn’t until the industry figured out how to really monetize it. Then the marketing budgets increased and more potential customers (fans) were reached and EDM was born.

To sum it up the returning love for Deep House happened organically while the EDM craze is fully manufactured.”

You’ve lived in Los Angeles for many years which certainly is one of the USA’s more eclectic cities. What prompted you to move there and do you play much in your hometown?

I moved for the best reason, love. My wife and I met in 1999 when I came to LA to launch the US headquarter of CyberRadio, an online radio and TV station. After a five year long distance relationship from Los Angeles to Hamburg, I decided to move.

When I’m home, I really enjoy spending time with my family so I keep myself rare in LA and concentrate on family and the business side of things as well as production, remixes, live broadcasts etc. 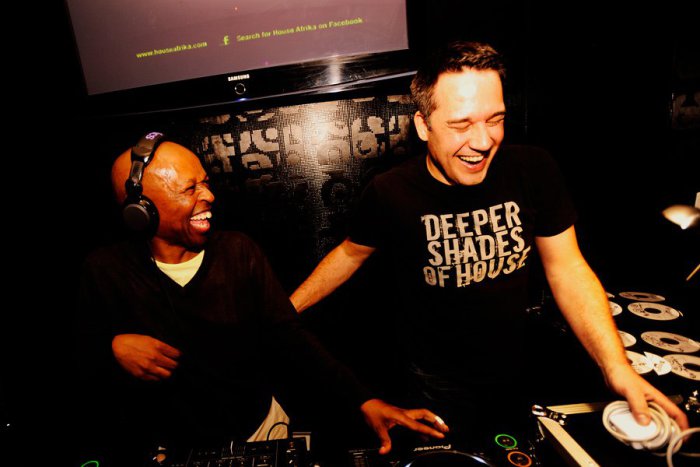 What is your lasting impression of South Africa after playing in Pretoria last time?

Lars Behrenroth:There is a reason why I called House 22 my home away from home before. The people are so welcoming and know their music (and DJs) really well. My show seems to have made the rounds and when I drop anything I’ve played on DSOH before most of the audience recognizes it and starts singing along!

But I have been really lucky, this happens to me pretty much everywhere I play in South Africa.

You’re obviously familiar with SA’s deep house sound having remixed the likes of Liquideep and Black Coffee and I’m sure you know other artists too. We like to think that SA deep house is some of the best in the world… are we over-rating ourselves or is SA really becoming well known globally for quality deep house and its scene?

Lars Behrenroth: I’m not a big fan of superlatives but the confidence of South African deep house lovers not only helps create new producers, DJs and labels but it also made the rest of the world catch on and pay attention.

I love the music that comes from South Africa (quite obvious if you look at the Deeper Shades Recordings catalogue) and am so happy about all the newcomers ready to step in the footsteps of those who paved the way to have SA produced music played all over the world. It’s a hot commodity right now!

Your “Deeper Shades of House” radio show has proven immensely successful with an impressive number of syndications. When you first started the show, what was your main reason for doing so, and how has it impacted positively on your career as a DJ and producer?

Lars Behrenroth: I started doing radio back in 1996, sitting in with a host who I had been listening to for a while. Radio has always been fascinating to me. I got to know so much great music played by passionate radio DJs who really cared for what they presented and I wanted to do the same. Long story short, Deeper Shades Of House is my third and longest running show and the ability to get into peoples houses, cars, gyms, parties etc. with this show has brought me many places around the world. Since it runs globally I have quite a few areas with pockets full of fans but the most noticeable and dense following I am crediting to the show has been from South Africa.

Regarding production it is definitely helpful to have an outlet to play my newest work. 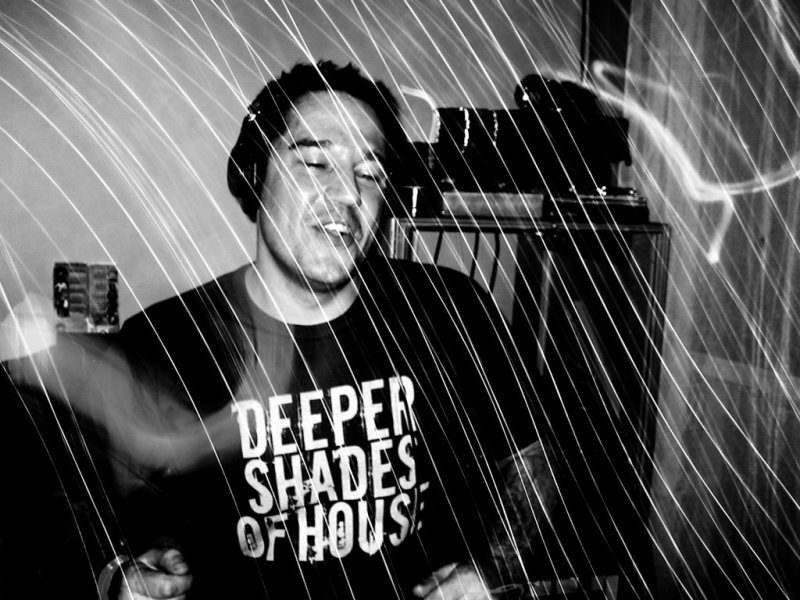 After many years of DJing and producing, plus your show, you eventually started your own label/imprint as well. How did being responsible for releasing other people’s music (as opposed to being the person supplying other labels) change your perspective on the music scene you are involved in?

Lars Behrenroth: A label was on my agenda a lot longer than before I finally started it. I like to have full control over as many things I do as possible and I like these things to be done a certain way. When the digital era allowed me to start a label without all the financial overhead a physical label would require I finally founded Deeper Shades Recordings. I sign music I like, as versatile and wide spread in styles [that] I play on my show and I just love being able to put out someone’s first release.

We have all started somewhere and to open the door for a new producer based on their music and not on their name just feels right and is related to the concept of my guest mixes in the second hour of my radio show.

Lars Behrenroth: The only thing that binds me to the typical weekday definition is my son’s kindergarten classes. I feel like I work everyday but I’m also not overdoing it (well, sometimes). As much as possible I like my schedule to be flexible so I can work in a lunch with my wife or could just say “I’ll finish this tomorrow” so I can play with my son. A few of the things I do every day and somewhat in this order are, check and answer emails, Facebook (ugh), listen to promos, label communication with artists, distribution or stores, prepare new releases, schedule guest mixes, complain about needing a clone, write articles for and update my website deepershades.net, brainstorm about new concepts for shows and live broadcasts, work on some beats (unless I have a deadline then this takes centre stage) and somewhere in between my least favorite thing, handle my DJ gigs.

You’re performing at Spring Fiesta, without a doubt SA’s premier event for soulful and deep house. How many of the artist/DJs do you recognise on the line-up?

Lars Behrenroth: Quite a few actually. Whether they have released on my label, been a guest on my show or we’ve played together before somewhere in SA or maybe even during the WMC in Miami .. I am super excited to be part of this party and can’t wait to hear all the amazing music.

How do you feel about the new era of EDM DJ superstars? Is it positive for the electronic music industry in general or damaging the industry?

Lars Behrenroth: It can only help when big media and major labels are paying attention to electronic music. There are always a few individuals who don’t want to keep doing the same thing but are looking left and right of their spectrum. I’m sure through the EDM craze some of the deep house scene has been on their radar already.

As far as the consumer side goes, most professionals are too busy to discover new things on their own. When they hear EDM on the radio, see it on TV and develop a liking they’re exposed to the 4 to the floor rhythm. There’s a better chance that they’ll eventually pay attention to the same rhythm when it’s part of a deep house song than someone who might just listen to rock.