You are here: Home / Featured / King Bayaa on Producing, DJing and his favourite vocalists

King Bayaa on Producing, DJing and his favourite vocalists

Being in this industry requires one to be calm, not impulsive.” 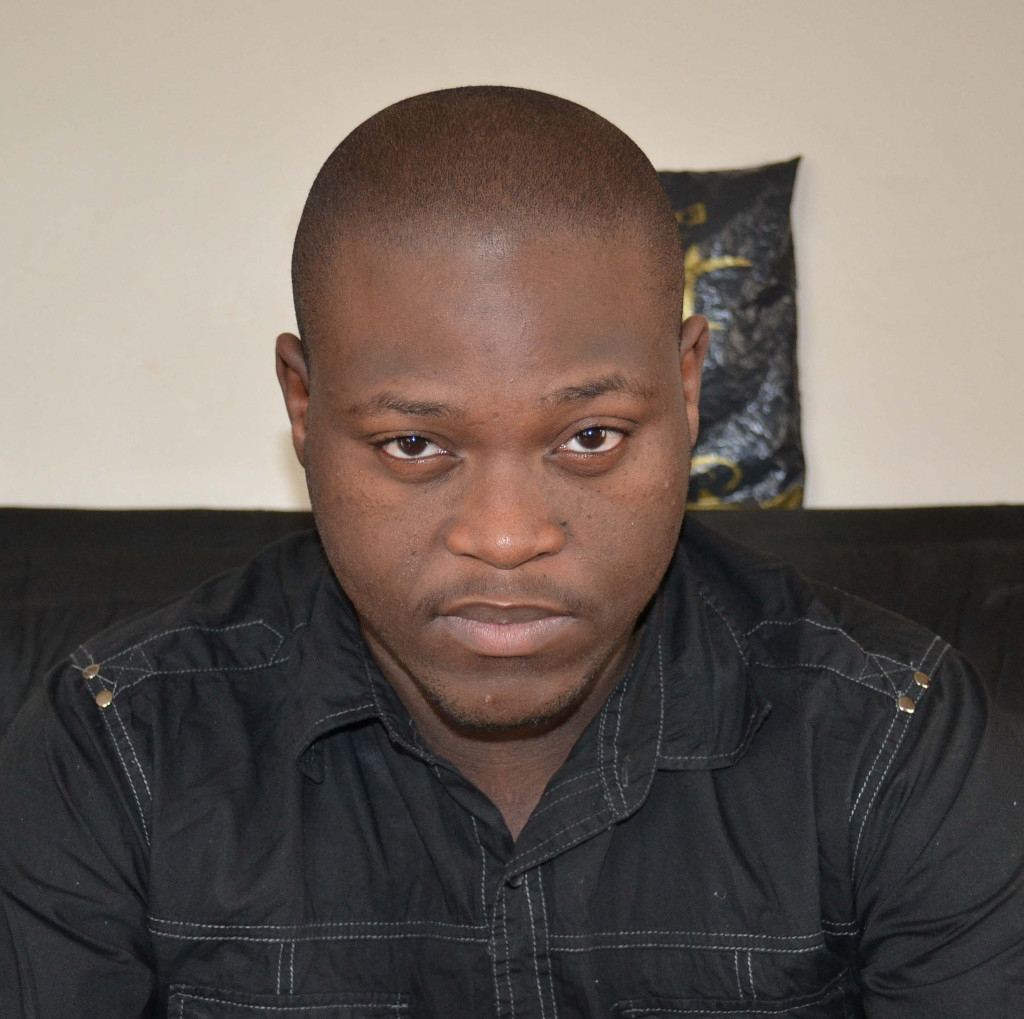 King Bayaa loves South African house music. Hailing from Pietermaritzburg, he has devoted a large slice of his life to DJing and producing the music he loves. His new EP, aptly titled ‘Been Around’, out on Baainar Records celebrates his ten years in the house scene. In this exclusive interview he reflects on the secrets to longevity in an ever evolving music industry, remaining original, knowing his worth, where local house music is heading, the vocalists he’s worked with and more.

You’ve been in the house music scene for ten years now and have more than likely learned and gained a lot in that time. What is it that you’ve learned about yourself and about the music business that has really stuck with you?

King Bayaa: What I’ve learned about myself is that I’m patient, very observant, calm and poised. Being in this industry requires one to be calm, not impulsive. You don’t want to make a decision only for the now, you have to think for the future. People I started with, some gave up a long time ago not because they didn’t have the talent but because some failed to plan ahead and invest time, energy and even money into their craft. I’ve learned to negotiate deals and or contracts and that you shouldn’t settle for less than what you deserve. At the end of the day this is business so sometimes you need to be hard headed. I sometimes find myself being brutal and ruthless just so I can get a better deal because people out here like to take chances. So being gentle yet aggressive and knowing my worth, knowing what I want and what’s required of me in this business has kind of stuck with me

Tell us a bit about how the track ‘Kusvika Radoka ‘ Ft Eager De Love & Kuhle Excellent came about?

King Bayaa: I’ve been looking to work with a vocalist that knows Shona, for a while, if not Shona then Swahili or other native Africa Languages. Sbu, a good friend of mine suggested that I try out some dude who goes by the name of Eager the love (Eager Moyo), like his name I was also eager to try him out. I dropped a beat on his studio and some ideas on how it should go. In two weeks time it was done, and the funny thing is, I’d never met Eager not even once, but he and Kuhle did wonders to that beat, the way it was orchestrated and directed. 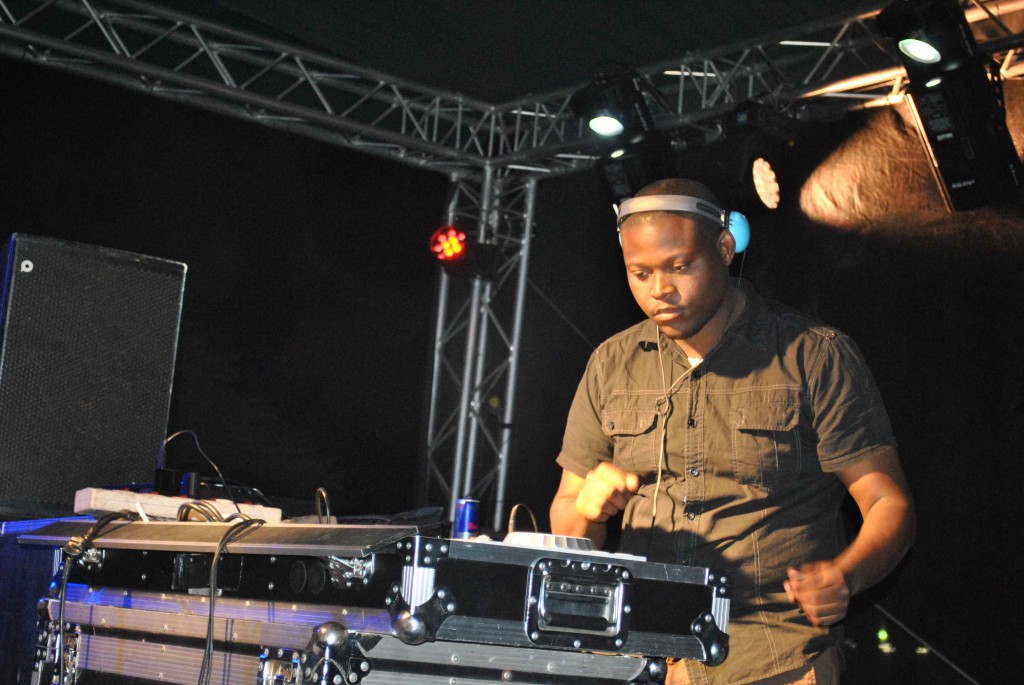 You’ve worked with some really talented people on the stuff you put out. Who are some of your favorite vocalists and what do you most enjoy in a skilled and talented singer?

King Bayaa: Wow, well Sbu Ngema has to come up tops in the list, he doesn’t only write and sing but he also composes and produces almost any genre one can think of. Whatever he puts his mind to, he does, sometimes with little to no resources. Other vocalists I’ve had the privilege of working with, are Londy, Ndudu Mthombeni, Bridget Mvuyana, Holy Poyzen, Nhlahla Nyiki Ndelicios, Excellent Hlongwane, and Holi_M. All these vocalist are talented and unique in what they present. What I enjoy most in working with skilled vocalists is the discipline, determination, and hunger that they have. There’s nothing more important than working with people who are committed, not only in music but in life generally.

How long did it take you to complete your latest EP, ‘Been Around’ and what do you do to help yourself get into a creative head space to make music?

King Bayaa: Been Around’ I can without a doubt say it’s been a five year project, especially ‘Being Careless’ as ‘ the oldest record in the EP. I mostly write these records but don’t complete them, then maybe complete them after a while or later on as time goes by. What I do to get myself into a creative space is I mostly use the motivation I get from loyal supporters, family and friends. I clear my head and block out all the negativity just so I can properly write good music, funny thing is I’ve never written a record while in a bad mood.

What would you say is the state of the house music scene in Pietermaritzburg and why?

King Bayaa: I’d say it’s full expanded since most people know of or are fully aware of house/dance music. Of course there those parts in Pietermaritzburg that are still maturing slowly but surely. Producers and artists are also getting recognized and are well received outside of PMB. To name but a few guys like Ocean deep, Brewed Souls, Mzala Wa Africa, Sthabisoul, Eleroots, and Channel Rooted Brothers etc.

Since we are reflecting back on your ten years in the business, which are some of your personal favourite pieces of work that you’ve done and why?

King Bayaa: The first track would be ‘WE PRAISE (SHEMBE HYMN)’. Not a lot of people know this track because during those days I was still learning and exploring the digital mediums and I think it was the first track I ever put out, and in was in the top ten. For a first release to get that response was a humbling experience and an unforgettable one.

Then ‘VICTORY ANTHEM’ featuring Silvia Zaragoza from Spain. Working with someone out of SA borders, back then it was huge and rare. I’ll never forget that experience.

Finally EKAT EM YAWA. Man, I’m still speechless about how this record was accepted, not only in South Africa but the whole world too. It actually got featured as a movie soundtrack. I still remember each and every encounter like it happened yesterday. All my records are my favourite pieces of art, there’s no track I love more than the other.

I’m on my own level of style and in my own zone. I don’t compete because I think no one does what I do.”

It’s becoming tougher and tougher to sell music and every day another DJ and/or producer appears on the scene. What keeps you motivated to keep going? 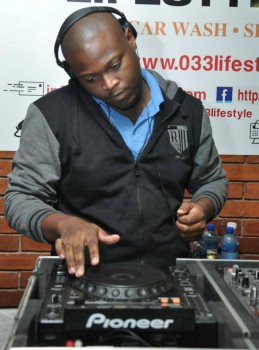 King Bayaa: Firstly the support I’m getting from my family, friends and people who love and enjoy my records. The feedback I’m getting is just Godly. They are partly my main motivation as there are also the people who buy my records. People tend to say “they doing it for the fans” but only to find their fans aren’t happy with what they getting. So I put my heart into my work and fully dedicate it to my loyal supporters and me as well. Secondly the hunger of earning that ‘legendary’ status, apart from being well established and stuff. I one day want to see myself being counted among the greatest musicians or artists to ever come out of SA. Thirdly when it comes to what I do, I only speak for myself because what I do, I think it’s unique’. I’m on my own level of style and in my own zone. I don’t compete because I think no one does what I do. I refuse for my sound to go the ‘ordinary’ route that’s why I reinvent myself every time but maintain a sense of relevance in my sounds.

Black Coffee has become South Africa’s biggest name DJ globally. Do you think this will open up doors for more to follow?

King Bayaa: Yes of course no doubt, in fact doors have been open for quite a while. What’s left for us to do is to keep that door open and also find ways to open other doors just so we won’t have to be cramped up going in one door.. It’s time we take centre stage and show the world what we capable of.

What in your opinion makes the South African house music sound so unique and special?

King Bayaa: We were known for our hard kicks, banging drums/percussion, sweet and sultry shakes, trippy-funk like rhythm arrangements that makes one want to chant and hop around. That made us unique, right now we switching to what’s already been there. We tend to look upon the guys from abroad to a point where we’re starting to sound like them, that’s cool but where’s the originality in that? So, as much as we still have that “special” and “unique” factor we are losing it because we are trying too hard to adapt the sound that’s already there instead of introducing something different.