You are here: Home / Featured / Jus Nativ… a quiet chap with a loud talent

Jus Nativ… a quiet chap with a loud talent

It feels good to hear people appreciate your work.

That’s all a producer wants.” 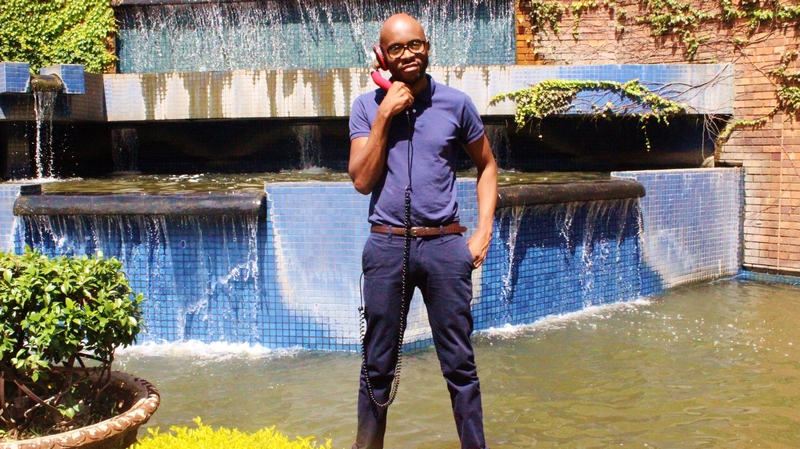 Jus Nativ is the type of unassuming bloke to quietly go about his business with minimal razzmatazz.

Well that’s pretty much how it had panned out till late last year when the talented DJ and producer dropped Undiphuza.

Within a few days of the online release, the intense spoken word track brought the heat on the charts and for once had both the commercial and deeper sides of dance floors vibing together.

All of a sudden we remembered that Jus Nativ was the talented DJ/producer who, on his mainstream debut in 2014, was hailed by the seminal Soul Candi label as “…one of the best developing producers…”

Mpho Ngwenya (bet you didn’t know his government name) talks his origins, sitting on Undiphuza for three years, his Afro Soulful interpretation of House Music and setting up as an entrepreneur.

Just how did you come up with the name Jus Nativ?

The name Jus Nativ is mainly taken from the word “Native” which means belonging to one by nature or birth.

I believe making music is a gift that I was born with. 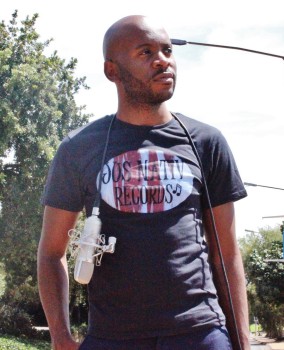 At first I called myself “Native DJ”, then I found out there was already a Native DJ, then I thought “why not Just Native?” then I remove the last letters from each word (to eliminate possibilities of bumping into someone else with the same name) and I came up with Jus Nativ.

What are your most distinct memories of growing up in “Ekangala” in Bronkhorstspruit?

The one memory that I will never forget was when I saw my mother coming up from one end of the street where we lived and she was carrying the first musical keyboard I ever owned.

I was super excited, because it was a surprise.

Why does it seem that you have purposely kept a low profile in the media?

I have been working on positioning myself as a brand, working on my sound and also establishing my record label.

When you made your mainstream label debut on Soul Candi Producer Series Volume 1, you were described as “…one of the best developing producers…” Do you feel you have lived up to these high expectations or the best is still to come?

The best is still to come!

My sound now is different from what I put out on that album; it’s now for an even bigger audience.

When exactly did you start DJing/Producing and what made you decide you could make a career out of it in 2010?

I got my first production software from a friend in 2003 and I started playing around with beats.

In 2010, that’s when I made a song that I believed the world needed to hear. I sent it out as a demo and no one was interested or responded so I decided I was going to start my own label and release the song myself and that’s where it all began.

You are a church-groomed pianist who cut his musical teeth as a choir member.  What skills from this background did you bring to the production boards and turntables?

Being a keyboard player and drummer makes it easy for me to come up with melodies, to stay on key when remixing or producing and to be on beat when DJing. 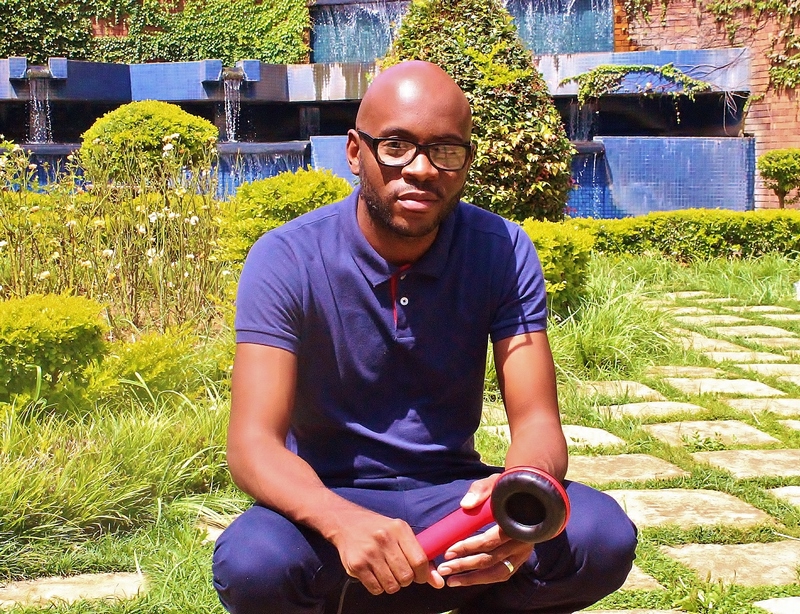 Who are some of the people who have helped you in your musical journey to date?

My wife has always supported me, she’s always been the first one to listen & comment on new music I make.

Then it was DJ van Lu (an underground deep house DJ from Pretoria) who always believed I could do it.

DJ La Shad (Baainar Records) played a role in my early stages as a musician and producer and last but not least DJ Game and Kid Fonque (from Soul Candi Records) believed in my music and opened a lot of doors for me.

Your productions have become synonymous with striking vocals well blended with very melodic instrumentals. In your own words how would you describe the Jus Nativ sound?

My sound is made up of Afro beats, sweet vocals and melodies.

You have mentioned that you have been influenced by the sounds of Black Coffee and Lulo Café. What is it that has inspired you about these two DJs/producers?

Black Coffee’s sound influenced my sound a lot and I’m also motivated by his success.

Lulo Café on the other hand inspired my look because he is always well dressed and smart.

How do you go about the creative process of putting together a new song?

I start by laying down a simple drum-line, then I find the main melody that will drive my song, once I have that then I go back to making my drum-line stronger. By then I already have ideas of the type of vocals that will suit the beat.

How have you managed the “impossible” feat of creating harmonies that satisfy both Deep/Soulful House heads as well as the Commercial House audience?

My sound has always received love from both worlds and I think it is because I have never restricted myself to catering for only one side of the audience.

For example I have a remix out: “Divided Souls and Samuri feat. Sio Blackwidow – North (Jus Nativ Remix)” which is afro-soulful.

My latest single “Undiphuza” featuring Rachel” is more of a commercial Afro track. I’m in-love with both worlds.

Talking of Undiphuza, it came out of nowhere blew up big time and the aftershocks are still being felt! Tell us a bit about the creation of this banging track?

Rachel is a writer and poet from Springs and we hooked up via social media to work on a song together.

I recorded her back in 2012 and never used her vocals.

In late 2015 I had an idea of a spoken word track and I remembered that I have vocals that will fit that idea very well and I used Rachel’s vocals, got a session guitar player in and we made magic.

Are we likely to hear anymore collaborations between you two?

Look out for more tunes from the two of us and we will be launching her as a solo artist. 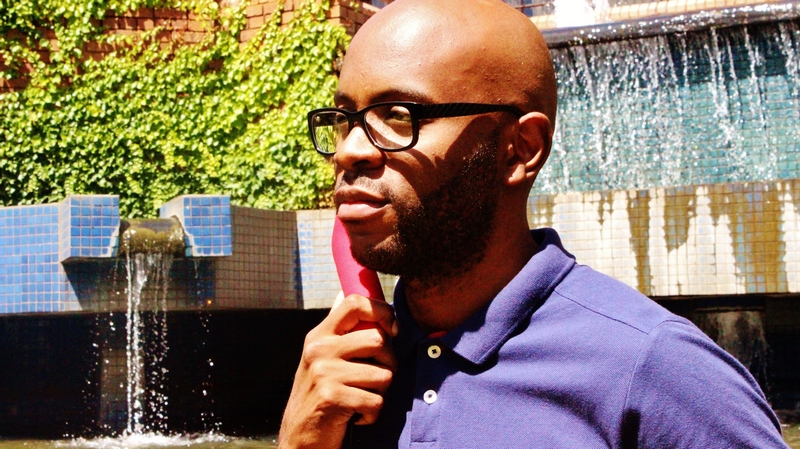 I know a number of other vocalists are itching to work with you. What do you look for in the vocalists that you work with, let’s call it the “Jus Nativ Vocalist checklist” lol?

Lol, if the person can sing, they must sing very well and be able to write.

What’s your dream collaboration in terms of local artists and foreign artists?

Internationally I’m falling in love with the Nigerian sound, hence I would love to do a song with Davido.

What can listeners expect from you in 2016?

A few more singles and an album around August 2016.

Jus Nativ Records has also just entered the compilations business, so people can expect great tunes from our team and we will also be giving upcoming producers a platform to showcase their production.

Being a DJ and producer are demanding vocations in their own right, what motivated you to go further and venture into entrepreneurship?

My passions are music and technology.

I am a person who believes nothing is impossible, I try out new things and always try to learn new skills.

You are you currently involved in Jus Nativ Records which is a music business and Jus Nativ Media which is into web design and runs an online music store. What are some of the challenges you have faced in running your own business?

Time management, splitting my time between business, family and music.

How are you handling these challenges?

I try not to harm one area of my life, while trying to build another area so I try to balance things.

A lot of young business people fall in the trap of blinging it up and living well beyond the profits they are making. How do you ensure that you handle your finances responsibly?

Being a family guy, I’m hardly irresponsible with my finances.

I have great plans for my family.

It was at a gig, someone played my song and they were complimenting it.

It feels good to hear people appreciate your work.

That’s all a producer wants.

After a grueling studio session or live set how do you best like to relax?

Watching cartoons with my son.