Let Cerebral take you to the darker, more twisted side of techno. 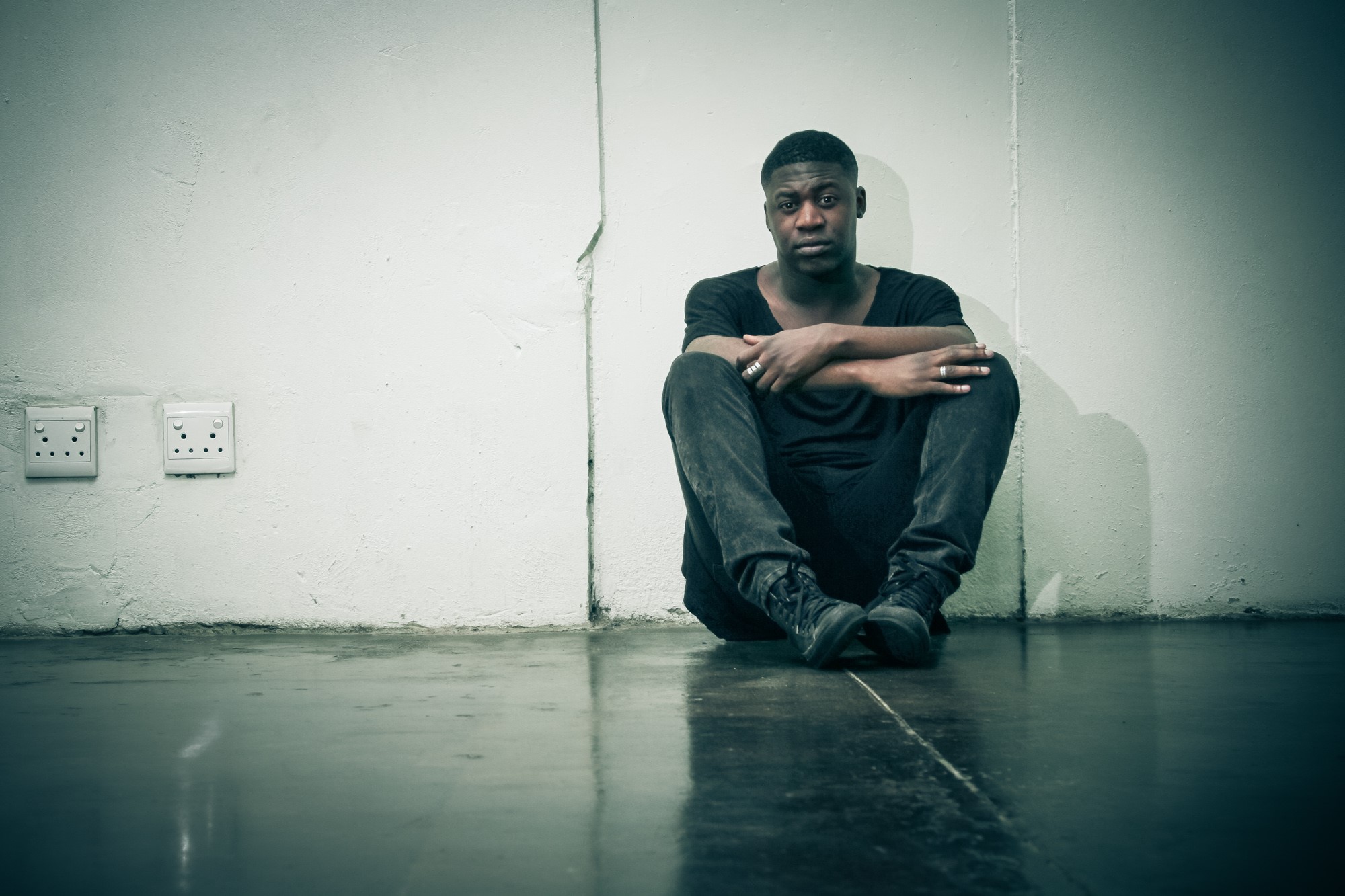 When most people hear ‘Thando Tshoma’ they think of Jazzuelle.

The Red Bull Music Academy Bass Camp Alumni worked his way from humble beginnings in Cape Town to being one of the biggest and most respected House artists in Johannesburg and South Africa at large.

With myriad of releases as early as 2010, Jazzuelle has been one of the most consistent producers coming from South Africa which consequently led him on signing on big powerhouse labels like Get Physical Music in Berlin.

But you know what they say:

To be somewhere you’ve never been, you have to do something you’ve never done which is why Thando has started a new project called ‘Cerebral’, exploring the deep, dark and mysterious sounds of techno.

Cerebral’s first release came out on 2 August via the reputable Noir Music and it’s just the beginning. Thando has major plans for Cerebral and we can’t wait to see the story unfold.

I’ve been making music that’s more lighthearted with Jazzuelle and played it safe for a long time, so I needed to be ‘born again’ in other words, and Cerebral is my ultimate rebirth.”

You are really successful as Jazzuelle- with over 50K Facebook likes and gigs galore. What’s driving you to pursue the darker, more techno-driven sounds with your “Cerebral” project?

Cerebral: I think it was the inevitable result from my first trip to Europe around 2015, where I met Tale of Us in Barcelona, and when I played the Beatport party that side, that energy never left me.

I think it was one of those life changing experiences for me you know.

I left the same, but I came back different- I wasn’t the same.

I was introduced to another world and I wanted to be part of it.

I’d heard techno before, but I never saw the scene in Europe like that, on that scale. So, I kind of fell in love with the scene, the people, music etc. The music was also darker, and that was new to me.

I’ve been making music that’s more lighthearted with Jazzuelle and played it safe for a long time, so I needed to be ‘born again’ in other words, and Cerebral is my ultimate rebirth.

When producing tracks, do you find it easy to switch between Jazzuelle and Cerebral? Are there sounds and flavours you will be using in the new project or is it completely fresh?

Cerebral: Yes absolutely; Jazzuelle and Cerebral are very different, nothing is similar.

The only thing perhaps is the emotion is still there- that will never leave- but it’s two different dimensions.

Cerebral is driven by different sounds and different aspects of production, so it is a fresh sound for me in every way.

It’s not always easy switching between the two, sometimes I have to give Jazzuelle a few days of the week in the studio and then give Cerebral a few days too, but I’m more excited when working on Cerebral because it’s not as easy as making the familiar deep house sound of Jazzuelle.

I had to unlearn what I knew about music production having developed a mental template for making house.”

What is your creative process regarding producing? 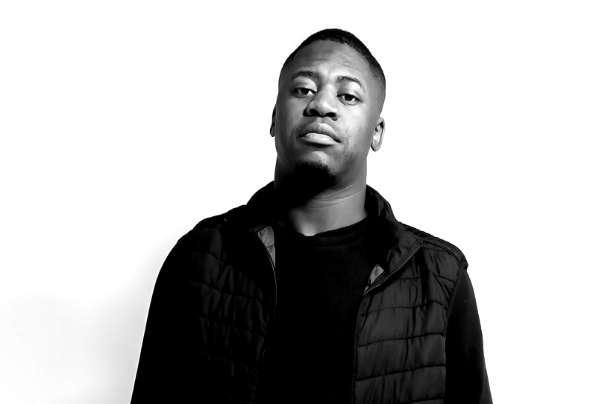 Cerebral: It’s pretty different with very track to be honest, depends on how I’m feeling.

With Jazzuelle it was easier starting with the melodies and grooves and with Cerebral my workflow is better when I start designing the kick and the shuffle, then go on with percussion, then I head on to the fx, then after that I spend a lot of time fine tuning sounds on Massive or on Omnisphere.

I try and use the most realistic sub 37 sounds as possible on Omnisphere and it has some really phat sounds.

Your first release under ‘Cerebral’ is came out 2 August via the well-known international imprint, Noir Music. How did this pairing happen? 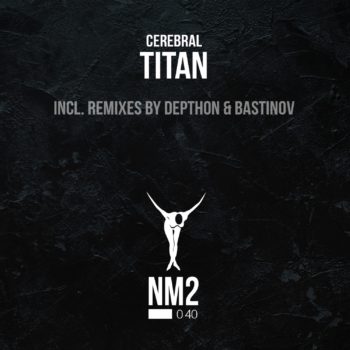 Cerebral: Well I had been sending music to so many labels without getting feedback, so it’s been a tough time especially being so used to getting responses easily with Jazzuelle.

In retrospect, Cerebral was completely unknown and I never really knew what I was doing 2 years ago when I was working on the sound for Cerebral.

It was a lot of trial and error and lots of tutorials on techno production and it was a bit hard because I had to unlearn what I knew about music production having developed a mental template for making house.

One of the days in the studio I got the email from Noir and he told me that my music didn’t cut it.

But he also told me that I was one of the 8 people around 500 people that sent him demos that he responded to.

That made me feel good you know, but the blow was still hard.

I went in the studio after some time and tried again and again and again until he actually started liking the tracks, and in a way, I’m sure this was indirect but he sort of became my mentor for a while before the release, and we started talking casually and we started shaping the release and I trusted him because, you know, he is one of the top techno artists in the world so he knows what he’s doing.

After a while, Cerebral was born and the release was almost at completion.

I want to show the kids in townships with bedroom studios that you don’t have to be into house music, Gqom music or follow the trend, there’s another world out there and with hard work and dedication it’s all possible.”

Your upcoming release features originals as well as remixes by Depthon and Bastinov. How did these remixes come about and what is the importance thereof?

Cerebral: The remixes were chosen by Noir.

We needed to find two artists who could bring another edge for more of the techno vibe, so we went with Italy’s Bastion, a firm favourite in Italy who works closely with Luca Agnelli in Italy, who is a legend in the techno scene as well.

Noir also chose Hungary’s Depthon, who is the head of Blacked Music and very talented as well as one of my favourites.

As a Dance Music producer, what is the state of the music industry in South Africa? Is profitability growing, standing still or fading? 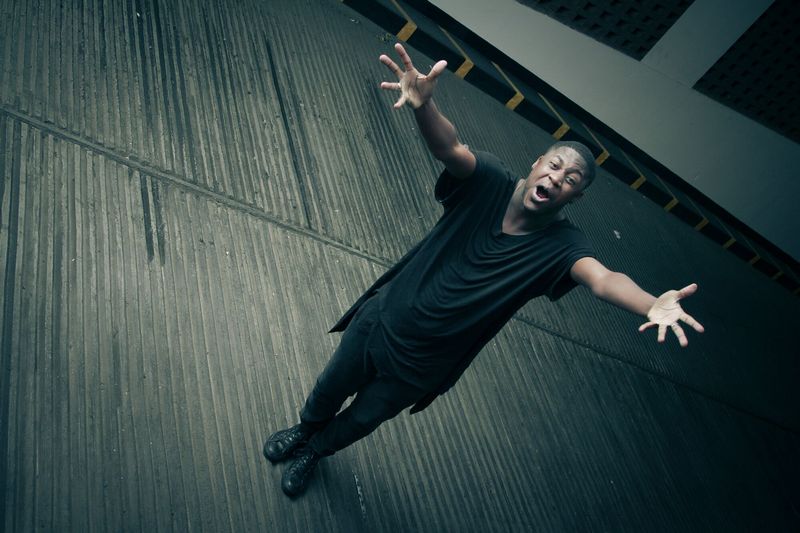 Cerebral: Tricky question to be honest.

I can only look at it from my career’s point of view, and it’s been nothing but progress from my end. The way I live now is not the way I lived a few years ago and the love South African crowds have for my music affords me the opportunity to live my dream and continue doing what I want in my studio.

So as far as my career is concerned, it’s grown.

I think the scene has grown too. There are more producers than ever now, so no it’s not standing still nor fading.

As for profitability I think the surge of corporate firms investing a lot in the dance music community as much as almost “hijacking” it should tell you one thing; that they see profit in the scene, so there’s definitely money in the industry.

I’d probably want to be an alien, but then I’d first have to prove that they exist.”

As a country rooted in house music, is techno the future?

Cerebral: I don’t think it’s meant to replace house, but I believe it will have its place soon.

So yes, it has a brighter future than what it has right now.

Perhaps people like me are meant to be at the forefront to drive the techno forward and build the scene more from what it is right now.

I want to show the kids in townships with bedroom studios that you don’t have to be into house music, gqom music or follow the trend, there’s another world out there and with hard work and dedication it’s all possible. 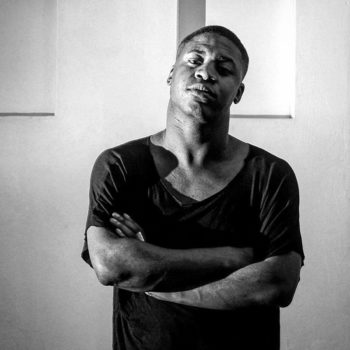 If you had to be shipwrecked on a deserted island, but all your human needs—such as food and water—were taken care of, what two items would you want to have with you?

Cerebral: My headphones and my MacBook pro (with an infinite self-charging battery life).

If you could be any animal in the world (extinct or not), what would you be and why?

Cerebral: Lol I don’t know; I don’t think about that kind of stuff.

I’d probably want to be an alien, but then I’d first have to prove that they exist.

Which local and/or international techno artists are you inspired by for this project?

There are so many men and women that I find inspiring at the moment.

What are your aspirations and plans for Cerebral- what can fans expect from this project in terms of upcoming gigs, releases, etc.?

Cerebral: I want to take this new project to new heights, and I want to take it to the world. The possibilities are endless with Cerebral. I’ve been working so hard on this and to see it slowly materialise is amazing.

So, expect things to get more intense over time and darker and more cinematic.

It’s still early days but I am putting in the work and have so much planned for this moniker. I have just played an amazing set at Berg in the Berg festival on the And Club stage 2 weeks ago and am looking forward to playing my debut set at the infamous TOY TOY night at And Club on the 16th of August as well.

After that, I can only work hard and deliver and hope that the music takes me further and onto new cultures, cities and new fans.