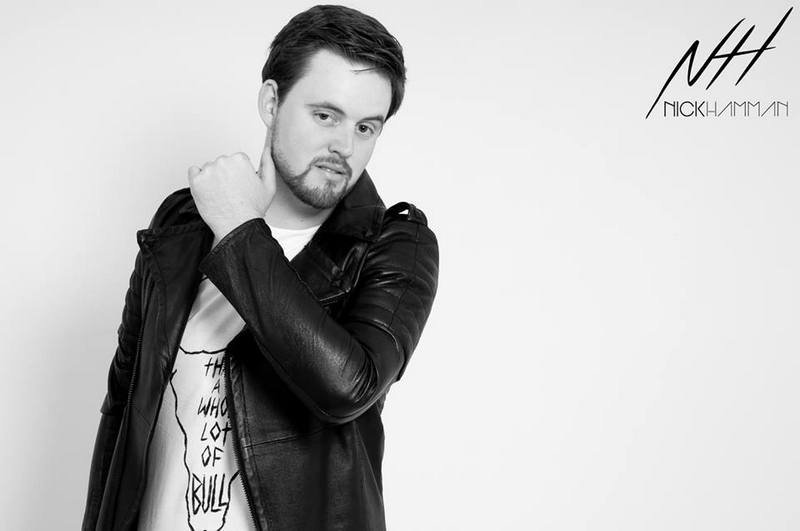 Cape Town born Nick Hamman has been tearing up the airwaves on the nation’s leading commercial music radio station, 5FM for a minute now. His Hamman Time show each morning from 8-10 AM is said to be the fastest growing slot on the station, not bad for the young 24 year old.

Chatting to him, his intellect belies his age and certainly defies the stereotypical perception we’ve become accustomed to when we think of your average 5FM jock.  It can’t be easy ‘being yourself’ on air at a radio station steeped in a long history of conformity even though they try and pretend otherwise.

But somehow Nick Hamman sounds believable on air. He sounds genuine, smart and thankfully does not try to be another ‘shock-jock.’

We got to chat to the new kid on the block and discovered an articulate, smart individual…

Capetonians that move to JHB for their careers always swear ‘it’s only temporary’, and that they will be back in the mother city soon. But somehow in the world of entertainment – specifically where you find yourself… as both a radio and club DJ, can you see yourself moving back anytime soon? Do you even want to? 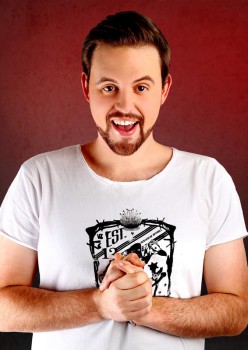 Nick Hamman: No, not at all. My roots are in Cape Town, but my heart has moved with me to Joburg. I’ve always believed you have to get out of your comfort zone to grow. It’s also certainly true that the opportunities are all up in Jozi. It’s a city built for people with big dreams. I go home often enough to see family and a few mates, but after a weekend I’m always ready to head back to ‘the big smoke’.

You studied at Stellenbosch University – were you on campus radio?

Nick Hamman: Yeah I was. I joined MFM92.6 in 2011. My first show was Tuesday 3-6am. I moved to Afternoon Drive the following year and won an MTN Radio Award for best campus show, which helped get 5FM’s attention. Michael Bossenger, my program manager at MFM was the first person to tell me I should consider broadcasting as a career. I never forgot that and when the opportunity arose I brought mike up to work on Hamman Time as executive producer.

Speaking of university and particularly the subjects you studied – politics and philosophy – how did you feel when #FeesMustFall was going down?

Nick Hamman: I supported and continue to support the students. The movement has never explicitly been about fees and culminated nationally because for the first time there is enough of a critical mass of students with shared experience. There is nothing radical about South Africans wanting equal opportunities. I believe that people who reject the student’s cause as misguided have failed to meaningfully contemplate the vicissitudes these students are susceptible to.  I also believe the movement is not over and 2016 will be an important year.

Was being a radio jock always part of the plan or did you serendipitously fall into it?

Nick Hamman: Kind of, but also not really. I didn’t grow up with big dreams of being in radio, but I knew I wanted to work in a creative space that somehow involved music and performance. I fell into radio because after a year of being at university I found myself not as creatively fulfilled as I had been at high school. I needed and outlet for expression and when I saw an ad for campus radio auditions I replied and never looked back.

I’ve been gigging as a musician for about 10 years now.”

I’m sure you love your job on radio and for all accounts you’ve been kicking ass on 5FM. But it can’t all be a bed of roses, 24/7… What’s not to love about being a radio jock on a national radio station? (Something you’d like to see improved or could do better)

Nick Hamman: I wish there was more competition. I think there is too much complacency in the industry. There are some fantastic broadcasters, but there is too much generic content on the air. Broadcasters need to realise that we are no longer just competing with each other. The options for entertainment are rapidly increasing and playing a clip you’ve heard on YouTube on your show is just not good enough anymore. We are supposed to be creators and innovators. 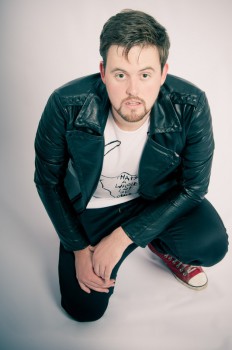 Most embarrassing moment on air so far?

Nick Hamman: Well this wasn’t on air, but it was at a 5FM staff party. We had just finished a day of meetings with management and were all outside having a drink. I couldn’t find a lighter for the smoke I was keen to have so I went looking around and found one lying on a table, attached to some keys. I pointed it to my face and lit up… only to realise it wasn’t a lighter, it was pepper spray. I maced myself in the face and cleared the entire bar area.

I’m sure many people think when you get off air at 10 every day, you’ve got the rest of your time to yourself. What’s a typical day for you after the morning show?

Nick Hamman: Most days after the show I have some sort of 5FM related commitment, which usually occupies me to around 12pm. After that my days are quite malleable. I hate not being productive though, it makes me very anxious. I make sure to plan my weeks as best I can. I spend most of my time attending meetings, doing interviews, working in my studio and creating content. On average, I get home around 7pm.

…you just have to come over for beers and I’ll put on the records. My house. My music.”

You’re a big hip hop and house fan and also a trained musician. Tell us how you’ve incorporated your musical passion with your musical skills into your DJing…

Nick Hamman: I’ve been gigging as a musician for about 10 years now. I got my start as a Jazz drummer playing in restaurants and bars when I was about 14. That’s how I made pocket money. When I was 16 I started jamming with bands that were getting pretty popular on the indie scene in Cape Town. Over time, I played in a lot of different bands, acts and groups and moved between a couple different genres like hip hop, house, rock, punk and jazz.

When I got older I started getting into technical production and became interested in DJing. I didn’t want to leave the playing behind though, so I found a creative way to incorporate live elements into my set. I use a series of pads and controllers, with some of my own production to ‘bring the house down’. 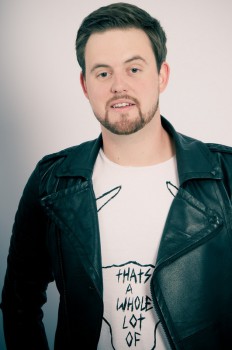 What’s a bigger rush? Being on air or DJing in a packed club?

Nick Hamman: That’s a tough one.  I’ll say Club DJing, but being on air is a very close second.

If there’s one criticism that seems to be levelled at 5FM is that it serves the lowest common denominator (don’t worry it’s a Cape Town thing J). But you’ve certainly brought a more insightful, thought-provoking element to youth issues on radio. Do you think critics are a bit unfair when they accuse 5FM of this? After all it is intended to serve the masses…

Nick Hamman: Ha-ha! 5FM represents the commercial space, so it’s natural that it would be juxtaposed with ‘alternative’ markets. Individuals feel a deep need to identify either with the ‘mainstream’ or against it in order to give themselves a sense of meaning and placement.

One important distinction South Africans ought to be mindful of is that we can’t make the same distinctions they do abroad. It’s a luxury of a certain kind of privilege that we seem to want to appropriate.

Having said that I’m grateful that I have received support from the communities that I have. These are the ones I care about and would like to consider myself a part of. To those comrades I say, thank you, I see you. I haven’t forgotten you. We will bring the system down from the inside!

Wouldn’t you love to be able to create your own daily music playlists for your show?

Nick Hamman: Not on 5FM. I get enough anxiety just hoping my content will be good enough, Imagine having to worry about music to? Also, I acknowlege that as a station, 5fm knows a lot more about the music of their market than I do.

However, if I were to have a podcast show, I would go in hard! That would be amazing! Perhaps that’s something I’ll do someday. For now, you just have to come over for beers and I’ll put on the records. My house. My music.