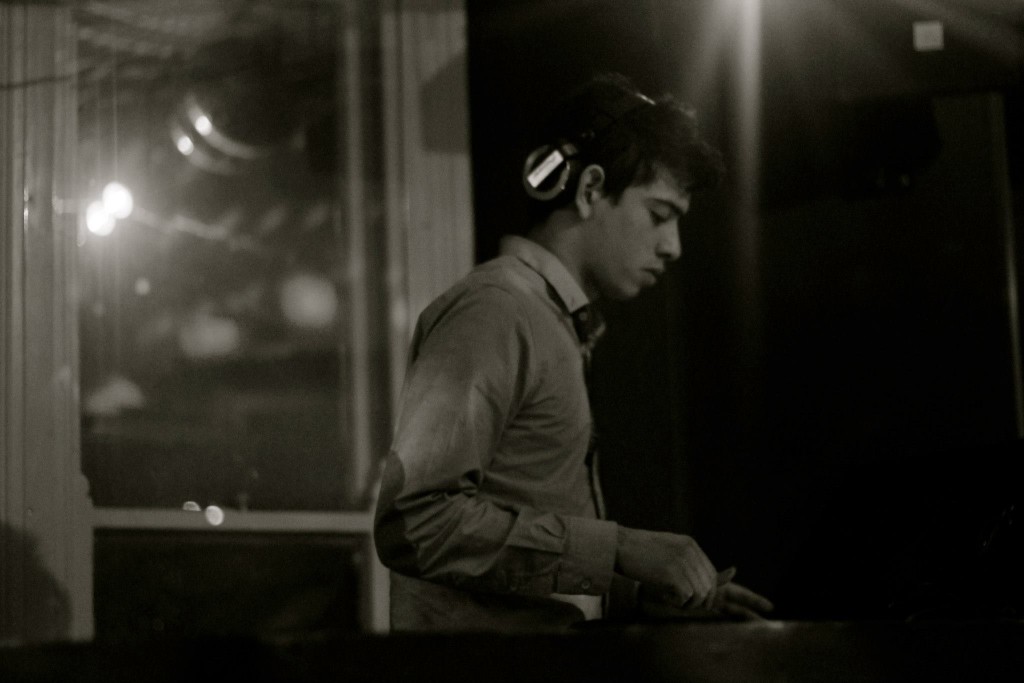 Kaelem Fakier aka Terrasoul, is good proof that in order to ascend in a frenetic club scene, with its pulsing dance floors and eclectic array of sounds, one must possess something truly distinctive.

Over the last three years he’s treated the Cape Town circuit to his idiosyncratic genre blending sound, gradually becoming known and trusted as a diverse and versatile pair of hands behind the decks. His rise to the Promised Land continues this weekend, when he plays the Cape Town Electronic Music Festival for the first time.

Your moniker is an interesting one, care to elaborate on its origins?

TERRASOUL: I was initially drawn to the word ‘Terra’, latin for Earth. The ‘Soul’ part came from the sound that I was introduced to when I first discovered Deep/Soulful House at the legendary Home of House, Deluxe. What it represents to me is the union of those words, the fusion creating ‘The Soul of the Earth’, a phrase which I feel encapsulates how I envision myself and everyone else.

What kinds of music did you grow up listening to, and how do you feel those early sounds have influenced you, if at all?

TERRASOUL: Growing up in a home where music was a constant, I was intrigued by the tapes and black vinyl discs that emitted these amazing sounds. My father was a great influence on my knowledge of music, often asking me to try to pick out which particular instruments were making each individual sounds on any given song. Listening to early Trance, Ambient and Techno, I later started to gather an idea of my sonic preferences, and eventually became drawn to the emotive chords prevalent in a lot of 90’s House that was around at the time. 80’s Disco and New Wave bands like Haircut 100 and Prefab Sprout were also big favourites of mine. You can hear both House and Disco elements in majority of my sets, and they still define my sound to this day.

“This year is going to be the biggest one yet. I’ve matured and evolved from a mere DJ to a Bass Influenced purveyor of quality in both House and Garage.”

You’ve spent part of your life away from SA, migrating to the UK for a spell in your youth. Cultural assimilation must’ve provided for an exciting influx of new sounds for you. What did you encountered abroad that caught your ear most?

TERRASOUL: I left Cape Town in 2003 at the age of 13 to move to the icy streets of London. Being an outsider, coming from a “strange land of lions and giraffes” as many of my new classmates put it, I always seemed to be segregated either by race, culture or creed. So, to find some common ground I dove into the abyss of UK Garage and Grime. Having long been a fan of Hip-Hop, the energy exuded by the ‘British Version’ caught me by surprise, and I slowly gravitated towards Mcees like Kano, Wiley and Roll Deep. I was specifically attracted to their quick-attack lyrics and banging, high-octane, bass heavy beats. With these sounds serving as the aural backdrop for my time in London, I found a semblance of identity growing up as a teen in Upminster, Essex, and through the angst and intensity of UK Grime I gradually began to develop a more baton wielding, in-your-face kind of attitude.

How did your journey as a DJ begin, and what did the process of turning pro entail for you?

TERRASOUL: In 2002 I received mentorship from none other than Grimehouse/Psycho Keaton. We were neighbours, both with a passion for music. He gave me my first lessons in mixing and production, but it was only after I returned from London and earned some work experience at Syndicate Records in Greenmarket Square that I really grasped the concept of beatmatching. Cassiem Latief walked me through the process of mixing on vinyl and after a week I had submerged myself in mixing techniques. I was 16 at the time, and after about 3 or 4 years I became serious about getting into the industry. Deluxe was my birthplace as a DJ. I started bartending at the famous club for bait, and eventually convinced management to allow me to jump into the box and jam. Taking every opportunity I got, I eventually found the chance to play to a small crowd consisting of the guys from One Foot In The Groove, Funky Buddha as well as the owner of Deluxe. A few months down the line I opened up for One Foot back to back with Adam De Smidt. That was my first serious gig.

What is you all-time favourite memory from a live performance?

TERRASOUL: It’s got to be the Sunday morning of the first Clubbers Campout. I woke to find everyone packing up and leaving, making the job of the DJ appear pretty redundant. I thought I’d use the opportunity to toy with some mellow Deep House and somehow ended up playing for over 2 hours! Eventually people started dancing and coming up to the DJ booth, screaming at the top of their lungs! 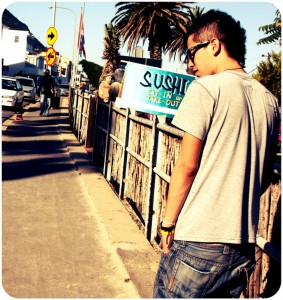 You’ll be playing CTEMF for the first time this weekend. How do you feel about the prospect of brushing shoulders with so many illustrious names?

TERRASOUL: I’ve been following CTEMF since its inception, and attended both of the previous festivals – really amazing experience. The initiative is something I really believe in, and I’m really honoured to be put on the line-up with such an amazing cast of DJs and musicians, many of whom I consider role models. I am truly grateful for the support from CTEMF and that of the house heads in Cape Town.

When you’re not being a DJ, you double as one half of production, events and artist management company, Khoisoul. Can you tell us more?

TERRASOUL: Myself and Blake ‘Khoi-San’ Steenkamp started Khoisoul a year and a half ago, with the intention of creating a platform for the many talented artists we’ve come across. Throughout last year we recorded, mixed and mastered two really interesting EPs. Cape Rapper Boolz’s ‘S.O.S’ EP being the first. He’s very unique bringing a punk approach to Trap and Bass Music. Our most recent project is veteran rapper Garlic Brown’s ‘Forward the Sword’ EP, which has been getting love from all over Cape Town. We were really happy to be able to give Knoffel our undivided attention and pull off a praiseworthy project. In my personal capacity, I did a track entitled ‘Jupiter’ for the #SelfSaloet Mixtape which achieved over 15,000 views within 3 days. I’ve also recently uploaded #TwerkThat, a song with rapper Miss Patty Monroe, on Soundcloud. It’s been really well received, will hopefully be on radio soon and is also under serious consideration for music video treatment right now.

2014 has just begun. How do you envision the rest of this year panning out?

TERRASOUL: This year is going to be the biggest one yet. I’ve matured and evolved from a mere DJ to a Bass Influenced purveyor of quality in both House and Garage. I’m setting up a new studio and will finally have the space to do larger recordings, so I’m planning to be very busy recording new artists and offering our services to those in need. I’ve also got a few big events which I’ll be hosting with some amazing talent. The future is bright from where I’m standing right now.