You are here: Home / Featured / Iliuchina brings SA the Reality Test for Jungala

Nica Iliuchina has over a decade of production under her young belt and continues to bring driving and melodic basslines to the world of Psytrance. 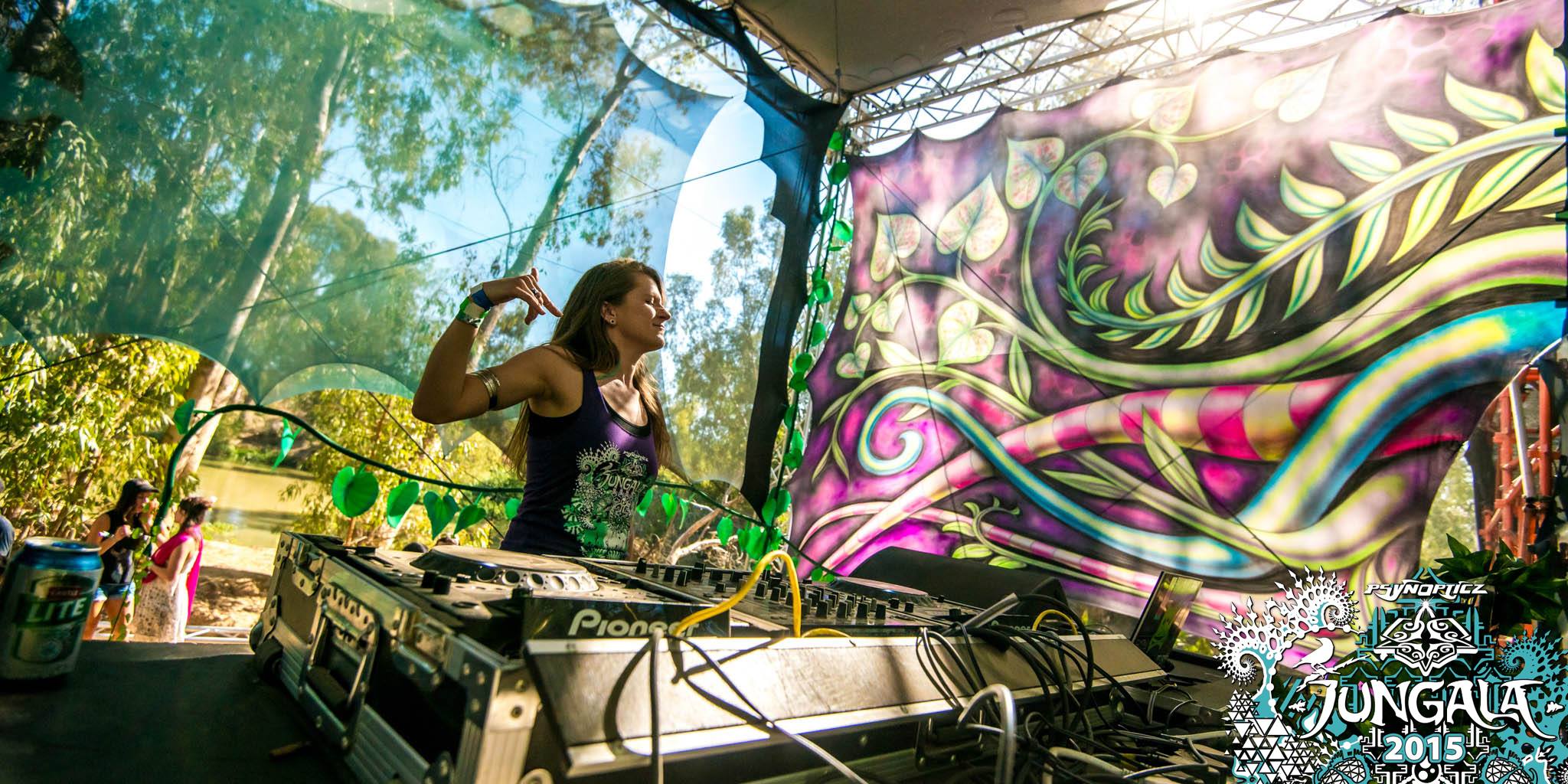 Although she is fully booked most year-round, she always makes space on her calendar to come to sunny SA to play a PsynOpticz party.

Catch her at this year’s Jungala festival at midnight on Friday, 10 Nov as Iliuchina, and she will be closing the party at 16:30 on Sunday, 12 November as Reality Test.

You’re playing at your 5th PsynOpticz/Jungala -related party this year. You are like their ‘resident international.’ Having played so many, give us your opinion on how they have evolved since the first one?

Iliuchina: From the first PsynOpticz event that I had played at, they were always a few steps ahead of everyone, from logistics of the event to knowing what the crowed enjoyed the most.

Their attention to detail is always above 100%. So, it’s very hard to point out one thing.

What is your favourite part of the SA scene in terms of: 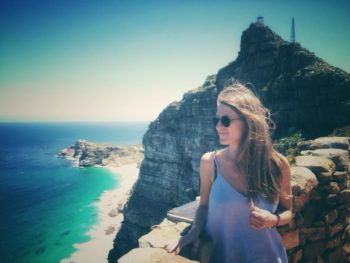 Hanging out in Cape Town this past weekend

When something is truly amazing, it’s hard to describe it in words.

I had a lot of favourite life moments in SA. Hard to pick, but if i must:

The very first morning of the first time I was in Cape Town, I went sky diving, and had the chance to see Cape Town from above with the best adrenaline rush you can get.

It was so good, and at that moment I realised that all my hard work was really paying off, people really enjoyed it and I could move forward with this new project.

Your full-on project is Iliuchina, and your progressive act is Reality Test. What made you decide to step into the slower BPM side of the scene? 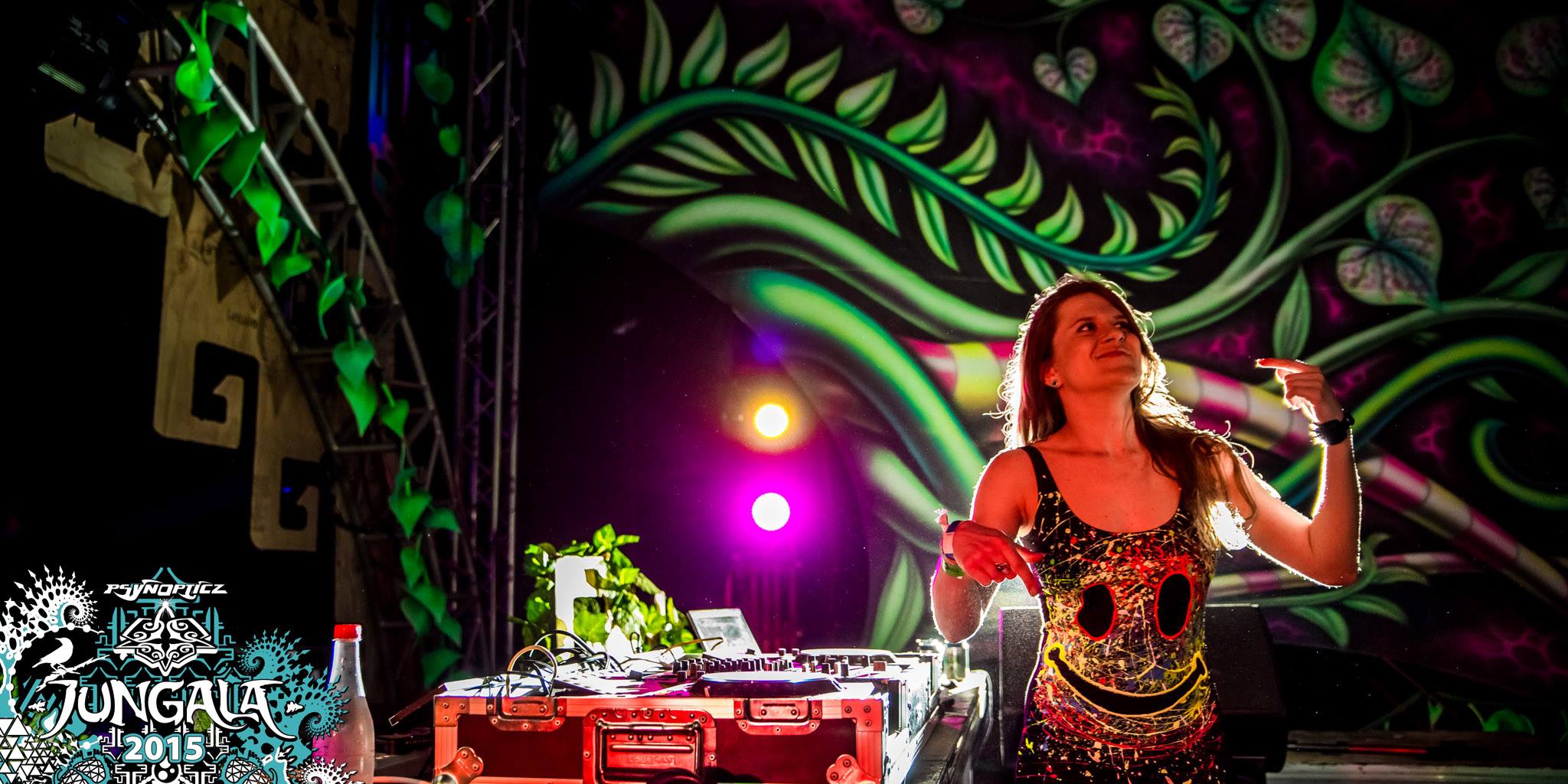 Iliuchina: The moment I moved to live in Germany, I was exposed to a different scene. Berlin is the techno capital of the world, and I had the chance to go to the best techno clubs in Europe and get inspired by slower, deep music.

As I was not allowed to work in Berlin aside from live shows, I had a lot of free time, and I started to mess around.  My messing around took 2 years, until I actually finished one track, “Welcome to Vice,” which I sent it to X7M records (a really new label at the time) that very night, and the rest is history.

Things just started to move like my work with Major7’s slower BPM, where I am able to show more of my ability in sound and mix.

The world of progressive music is so big that I have the chance to do whatever I want without limits. I got addicted to it.

I worked in the last two years mostly on Reality Test. I tried to work on both, but as you mentioned it is really difficult to divide the mindset between two different styles.”

Which project are you working on more? Is it easy for you to oscillate between the styles- production-wise and gig-wise or do you need to be in a certain headspace for each act?

Iliuchina: I worked in the last two years mostly on Reality Test. I tried to work on both, but as you mentioned it is really difficult to divide the mindset between two different styles.

When I look at artists that have two working projects, they are usually two people.

Right now, I am overbooked with shows, and I find myself home once in two weeks for a few days, not to mention the jet lags, and private life.

I only have a few days at a time to work in the studio, and as I have to choose on what to work on, I prefer to work on Reality Test.

You are part of the PsynOpticz family. Upon first playing at their party many moons ago, did you think that the relationship would continue for so long? 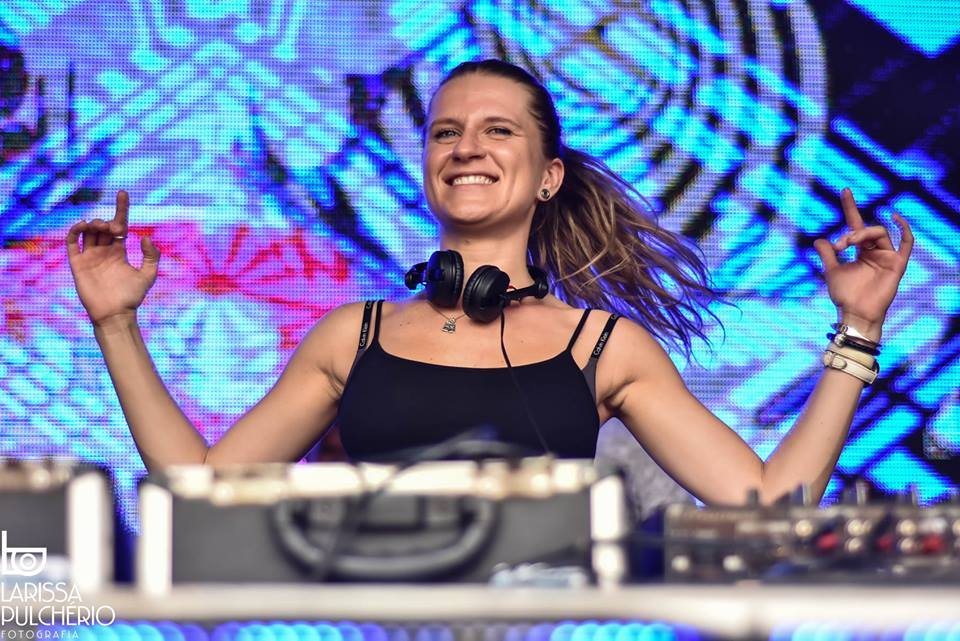 Iliuchina: In truth, after my first time I didn’t think so- but when I got invited the second time, after getting to know the people involved in the organisation, I knew this relationship would be a long one.

What is your take on being a female producer in male-dominated industry? Does it matter? What are the pros and cons, and do you have any words of wisdom for hopeful female DJanes or Producers? 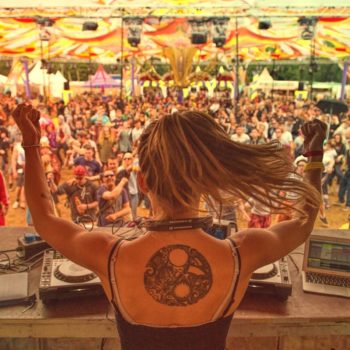 Iliuchina: I started producing over 10 years ago and during the first years some people didn’t really believe in me and I understand why- because a lot of girls that I know today who started producing quit it very fast.

What I want to say to the girls who want to get inside this world is:

And know what you are getting into. Most importantly, if you do it for the purpose of being on stage, rather don’t do it. We are here for the music, for the passion.

The only thing that I suffer from daily is that people don’t believe that I make my own music, which is a result of other female producers using ghost writers, with their only goal to be on stage and get some fame. I don’t try to prove anything to anyone; I just enjoy doing what I am doing.

Do we ever finish a track? 🙂

What part of the creative process do you enjoy the most?

Iliuchina: Do we ever finish a track? 🙂

I think all the producers will agree with me when I say that we give up at some point (ha-ha) instead of finishing- There is always something to fix or to add. 😉

There is no better feeling than creating a beautiful idea after a long time and as you said, “creative challenge,” but what I enjoy the most is of course opening a new project and having the feeling that it’s limitless and now I can create whatever I want.

Which do you prefer? Studio or stage? Why? 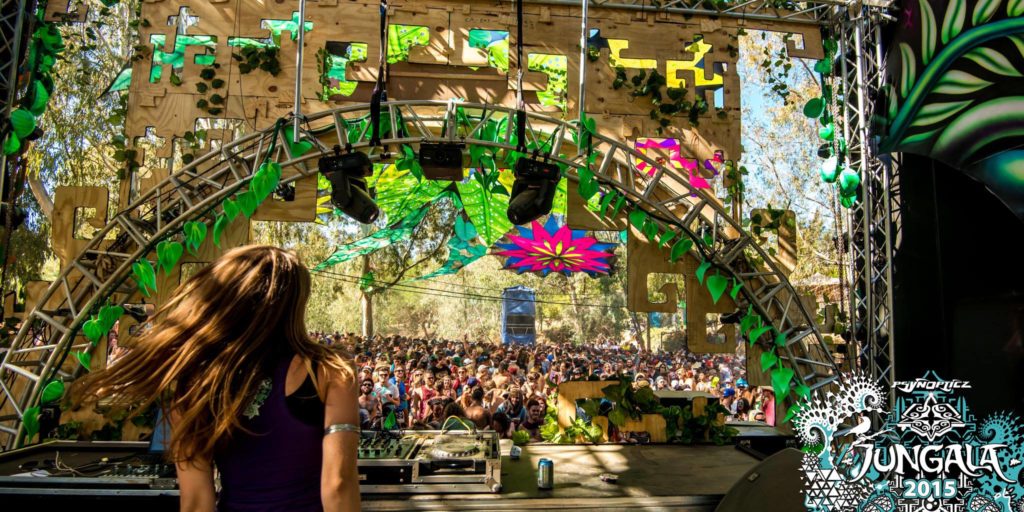 Iliuchina: Studio- I started producing because of the passion to create. I am sure that one day I will stop performing, but I will never stop creating.

Although, to share with you some moments that I have: 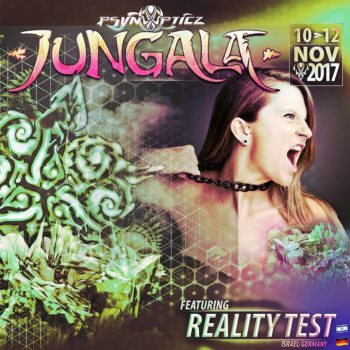 A lot of times I find myself in the middle of tours, after two parties in one night, going to a hotel for a sleep of one hour, before taking another flight to another party.

When I wake up, after 20 alarm clocks, I sometimes say to myself that it’s the last time- it’s too hard for me.

Then I do the never-ending journey to an event, at least it looks never ending…and the moment I stand on stage and play the first track and look at the crowed, always, I say to myself: ‘this is why I do it!’

What track made you fall in love with Psytrance? Can you remember a specific moment when you decided to dedicate your life to this crazy, beautiful journey?

Iliuchina: 2005, Eskimo live in Israel. I found myself at a Psytrance party without knowing what Psytrance is, and heard Eskimo’s live set- and in that moment I knew I wanted to do this.

The combination of emotions with power in his music made me fall in in love with this music.

After two years I started to produce.

What artists are you enjoying at the moment in A- Psytrance and B- other genres? 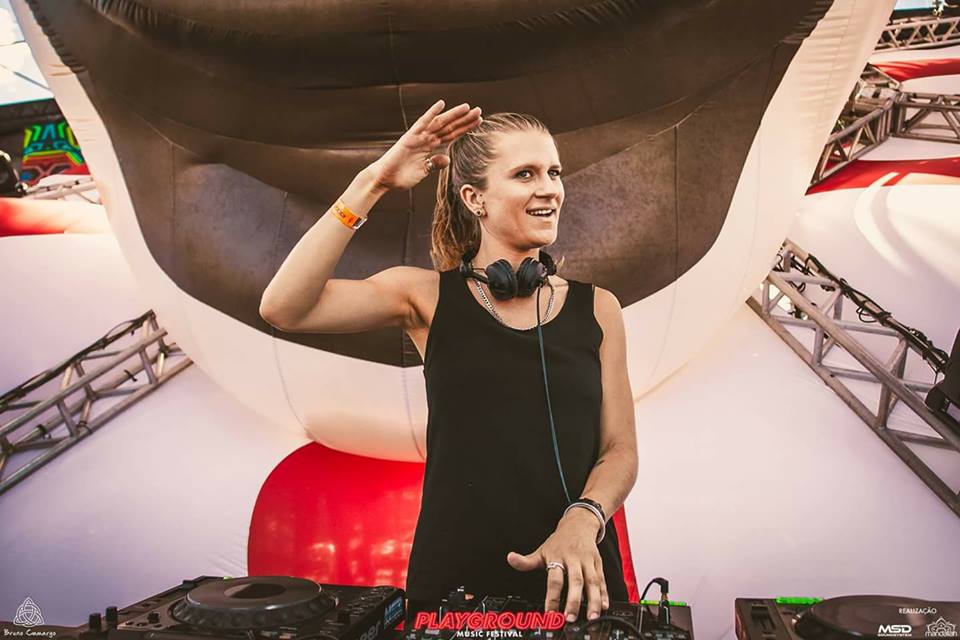 Iliuchina: On the label I’m signed with, X7M records, I find the most creative artists we have in the scene today.

90% of the artists in the scene sound the same for me these days. 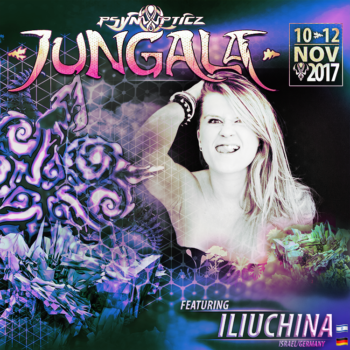 Besides Major7 who already have their spot saved in people’s ears, I think the rest of the team can expect a beautiful future as well.

I am amazed by the music of Vini Vici, whenever I think that that’s it, they can’t do any better, and they bring something better. Amazing!

Other genres, I listen to random playlists every day, from Jazz to Rock. But my last favourite album was definitely from Imagine Dragons- It was on repeat for a long time.

You are an Israeli-born jewel living in Germany- clearly you are a ‘woman of the world.’ What do you love about all the different cultures and people you meet across the globe at parties?

Iliuchina: Actually, I am Russian-born.

I grew up on the border of Russia and Mongolia, in a small town, then at age 8 we moved to Israel, and at age 23 I moved to Germany, and not stopping here.

In all countries, people at Psytrance parties dress differently, behave differently, and speak different languages, but the one thing in common is:

The love for the Music.