You are here: Home / Featured / 12 things you never knew about Headroom

12 things you never knew about Headroom

It has been 14 years since Headroom released his debut album, ‘Artelligent,’ and the name has lived on both as a ground-breaking album that is still revered today, and as Adam’s tech moniker when he DJs non psy music, i.e. techy stuff. 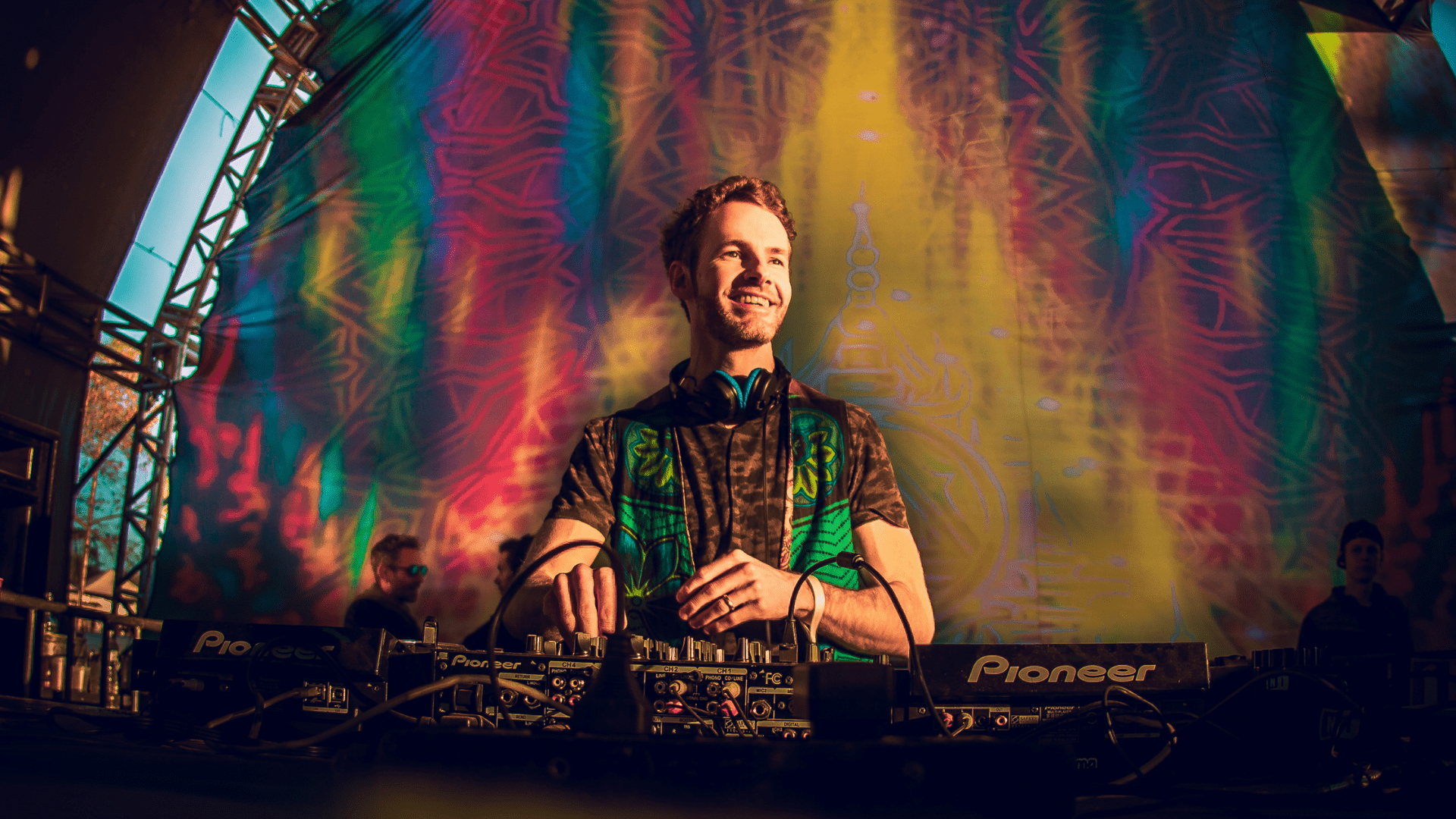 Headroom should become a tour de force on the global circuit once again. His music deserves it and he deserves it.”

If nothing else he must be feeling a huge sense of relief to get the monkey of his shoulder that has no doubt gradually become bigger as the years have gone by.

There are a myriad of reasons why it took so long for a new Headroom album to finally drop and I am sure Adam has answered this question elsewhere and will continue to be questioned on it.

You can’t drop a bomb of an album and then not follow it up can you? That’s like artist suicide!

But Headroom did and he survived.

Not only did he survive, he got better. He fine-tuned his sound, he explored new musical avenues within the psy and tech genres and he became more progressive. 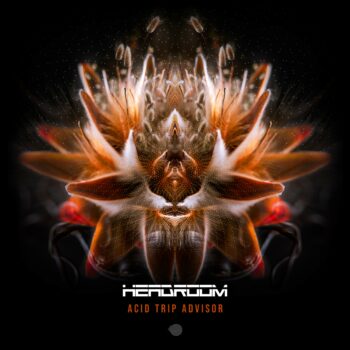 He also became South Africa’s biggest psytrance DJ by a country mile. The man works hard, playing up to 2, 3 or 4 gigs a weekend at times and has managed to segue seamlessly between rocking massive psytrance parties and smashing multi-genre events with his trademark sound.

And with the release of his brand-new album – Acid Trip Advisor, out now on his new label, the mighty Iboga Records – his trademark sound has just gotten even better.

Headroom gets 10 out of 10 for album name and for track names. Not only has he shirked the stock standard trippy, otherworldly, super serious ‘trying to be all mystical and shit’ vibe loved by too many psytrance producers, his track names are quite tongue-in-cheek and surprisingly apt for the music he delivers on each of the 12 selections that make up his second album.

There is a sparkle about Adam’s production and a frequency he hits that reaches an intangible space.”

It’s a resounding yes from me! Has it been worth the wait? Yes, again!

We all know that the elastic basslines and huge drops are the key attributes to a BIG prog track. But there’s a lot of that about without too much substance and it’s given Progressive Psy a bad name! If truth be known all genres and sub-genres have 80% rubbish and 20% good stuff. It’s the old 80/20 rule!

Copy and paste is nothing new! 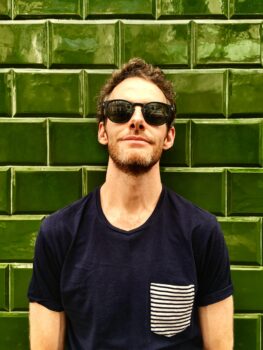 But Acid Trip Advisor is NOT copy and paste. It’s not even like most other current Psyprog albums. It is uniquely Headroom and it is damn good!

There is a sparkle about Adam’s production and a frequency he hits that reaches an intangible space. Is it perfect? No. But it’s damn near close.

It offers an intelligent (or is that artelligent?) and unique alternative to the existing paradigm of psy and prog and for that it should be lauded and rewarded.

Headroom should become a tour de force on the global circuit once again. His music deserves it and he deserves it.

Tried and tested on a Sunday dancefloor at Origin Festival recently, the response said it all.

So, what do we know about the man behind the music?

How he discovered psytrance (he grew up in Zimbabwe, worlds away, even from the city life of South Africa).

Headroom: Around 1996  my friend travelled to India with his family and came back with a crazy mix tape. Turns out it was Goa Trance and it sparked my interest. Soon I began collecting, which wasn’t easy living in Zimbabwe. A short while later, psychedelic trance had a progressive evolution and all of sudden I became way more obsessed. The Flying Rhino ‘Flight’ series and Atmos’ album really grabbed me. I must thank my sister for sourcing a lot of this music for me.

Music you grew up on…

Headroom: Growing up in Zimbabwe my mother managed a top local artist, ‘Oliver Mtukudzi’. He was a prolific artist with over 67 albums in his lifetime. The band actually rehearsed at our home and carted their TurboSound rig to and from our garage. I attended so many  gigs, both local and abroad. His music will always be a part of my life’s soundtrack.

Most famous musician/artist you’ve ever met…

Headroom: I stood face to face with Coolio (US Rapper) at a Vortex Trance Party once but figured I was hallucinating and just walked on. Next day I saw a newspaper saying he was spotted around the city and at some events. 😂 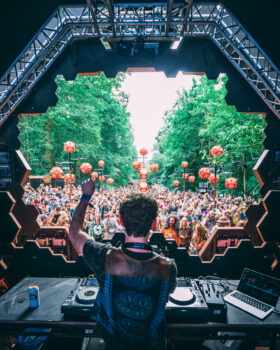 Headroom: Busy weekends are a blessing ultimately. I remind myself of this whenever gig life is quiet. When I’m tired, Dj’ing always perks me up and I leave feeling better off afterwards. Responsible drinking ultimately leads to more consistent performances and importantly means my long drive home is a safe one. Two things I keep on my mind.

An embarrassing moment behind the decks was when…

Headroom: The ‘Red Ball Incident’ at Origin Festival 2020 has to be my most embarrassing.

I found a giant red Pilates ball lying under the stage, so I asked if I could toss it into the crowd for fun, which Regan kindly agreed to. Over the course of the set I teased this throw numerous times and finally at the peak moment, I went for it. However, my crap throw smacked straight  into the stage trussing after which it rebounded back into the DJ table and burst. I know it’s silly but I don’t think I have ever felt so lame.

Studio time: Night owl or daytime guru? When do you do your best work?

Headroom: Once upon a single life I was a night owl producer and loved it. Now married and a dad those days are long behind me. I had to sync with my partner and in truth I really enjoy working in the day now. However, distractions are way worse…

Headroom: One does not perfect a bassline. One simply gets it as tight as possible. I’ve tweaked a bassline for months…. and still not been satisfied. 😅

Headroom: There must be over twenty five unfinished tracks on my computer, including some non psy stuff though.

My current favourite track on the album is…

Headroom: I think the most substantial track on the album is ‘Acid Trip Advisor’. It’s deep, broody, moody, soulful, ballsy and a journey that holds you till the end. It’s a special one but I’m so particular about when and how often I play it. The most fun tracks to play for me are Y2K-hole, Sawtooth Fairy and 16Bit MasterChef.

Headroom: I am a notorious cleaner. I struggle with clutter and mess. Luckily my wife and dog have prepared me for a child and the chaos that it brings into a home.

One thing you will always find in my fridge is…

What you also don’t know about me is…

Headroom: I have around one hundred unused track names saved on my phone waiting for a home. Now I just need to finish eight more albums. FML 😅

Oh, and my dog @Bozzythedale has 3600 Instagram followers. WTF!

Want to know more about each track on Headroom – Acid Tripe Advisor?

Adam takes us through each track explaining the mood and vibe he was going for.