You are here: Home / Featured / EARSTRIP will make your EARS TRIP at EDEN [Interview]

EARSTRIP will make your EARS TRIP at EDEN

EARSTRIP is the Brazilian duo that aims to make your ‘ears trip.’ 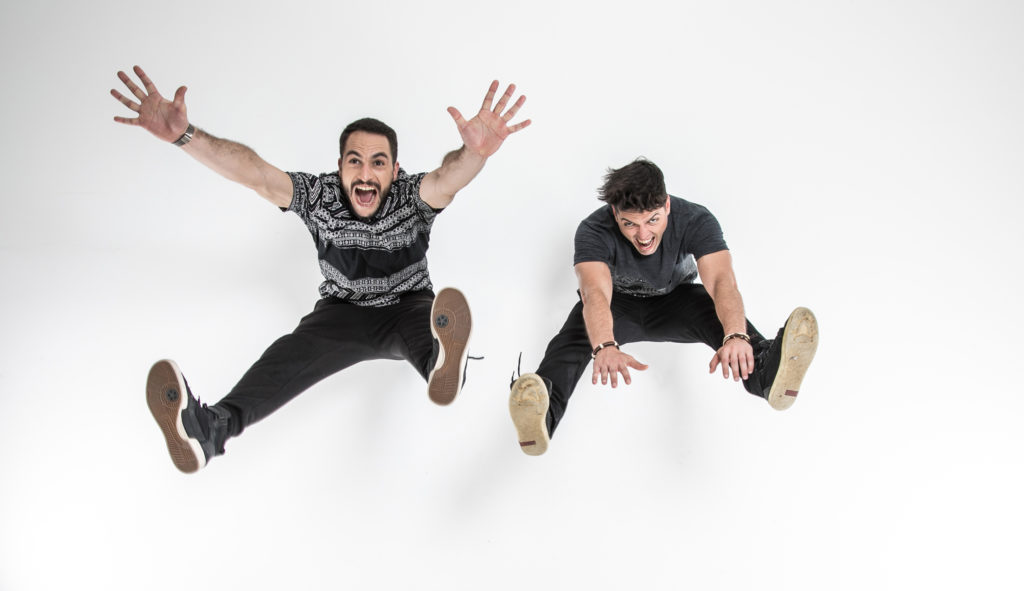 Nearly 20 years ago, in 2000, Caio Andrade and Leonardo Torha met while DJing.

As their careers evolved, their paths crossed more.

And as their styles grew closer, they got an idea to write a track together.

The rest is history that is continuously in the making.

EARSTRIP’s high-quality music and effervescent personality piqued the interest of industry names like Chris Reece, Destructo and Yogi, which landed them opportunities to remix tracks for the likes of YG and PUSHA T.

And boom, there you have EARSTRIP breaking through the North American market where they played at one of the biggest festivals in the world, the Hard Day of the Dead, in Los Angeles, CA.

All this goes without mentioning several releases on major labels of House, Bass House, Indie Dance and Nu Disco.

However, what makes their fans most excited is their live show presentation, a concept that’s mostly self-authored content, and they are always showing up with new and special material for each show, making them a very unique offering in the market.

AND THEY’RE COMING TO SOUTH AFRICA!!!

Catch Earstrip at Eden on November 16– best to get tickets before it sells out (as usual).

… Life is too short to be thrilled with one thing.” – #FUCKGENRES 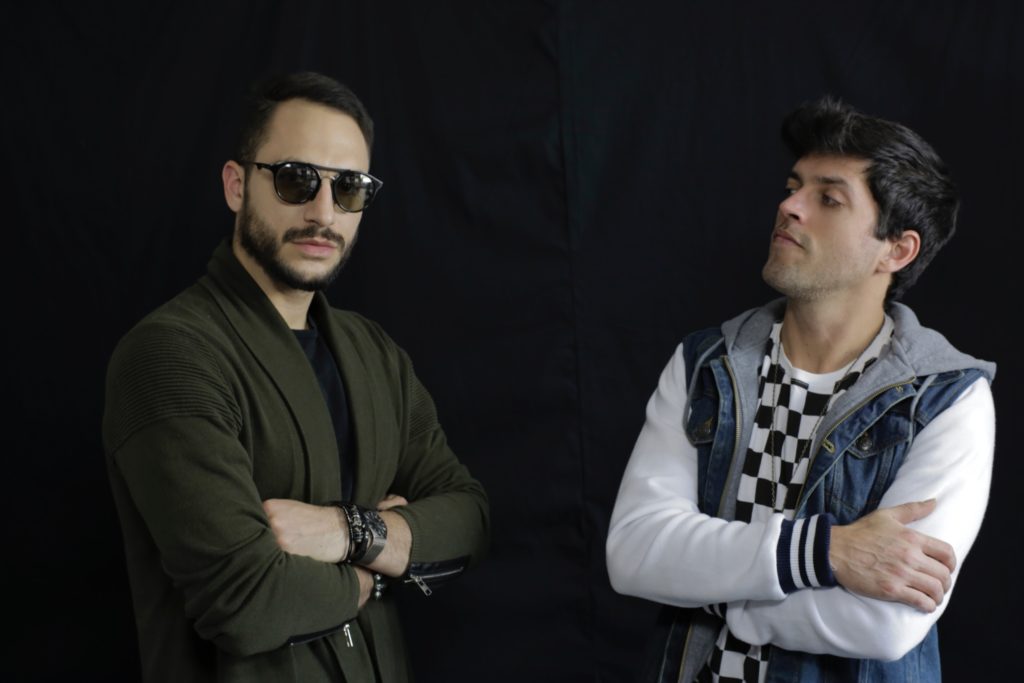 Firstly, is your name meaning “Ear Strip” or “Ears Trip”? And, how did you guys settle on the name?

EARSTRIP: The name means EARS TRIP because every moment of listening to music is a Journey.

How did the two of you meet and what made you decide to create music together.

EARSTRIP: We met in 2000, at that time we were DJs of the same musical style.

Over the years our styles changed but we often met at parties where we worked together.

In 2013 the music styles started to get closer again and we got the idea of working on a single together and the result of our first work was the track “You Gotta Funk”, a Beatport RnB TOP # 1.

Since then we realised our musical affinity and decided to work together and form the project.

What would you say to people who fixate on genres? 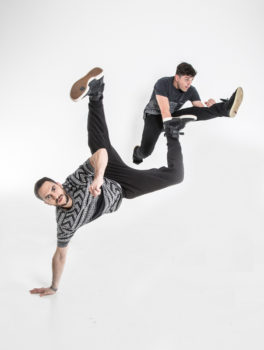 EARSTRIP: Life is too short to be thrilled with one thing.

When we are doing our show, we seek to tell you a story and make you dive into our journey.

And it is not based on genre but on what we have become as musicians over the years. So, even if you are a genre-fixated guy, be sure to open up to other genres and realise how much they influence the genre you’re fixated on.

In terms of production as a duo, who does what and what is your process when making a track?

EARSTRIP: Experience has enabled both of us to develop the ability to perform every step of the production process.

We use our partnership to optimise the time itself.

At certain times one creates the idea and the other finishes, we do not have an order, we let it flow naturally and feel who is more inspired to do what.

There are different processes, we can start with a bass line, a harmonic progression or a sample doesn’t matter, what we are looking for at the beginning of a song is a powerful idea.

What is the craziest or silliest gig experience you’ve ever had?

EARSTRIP: In so many years of a career we have had several unusual situations, but we have also had a special one.

After our show at a mega festival in Brazil, we were surprised by an idol greeting us and saying that he was our fan … in this case Romário, the best soccer player in the world of our generation who even asked to take a picture with us.

We were very happy that day. 😊 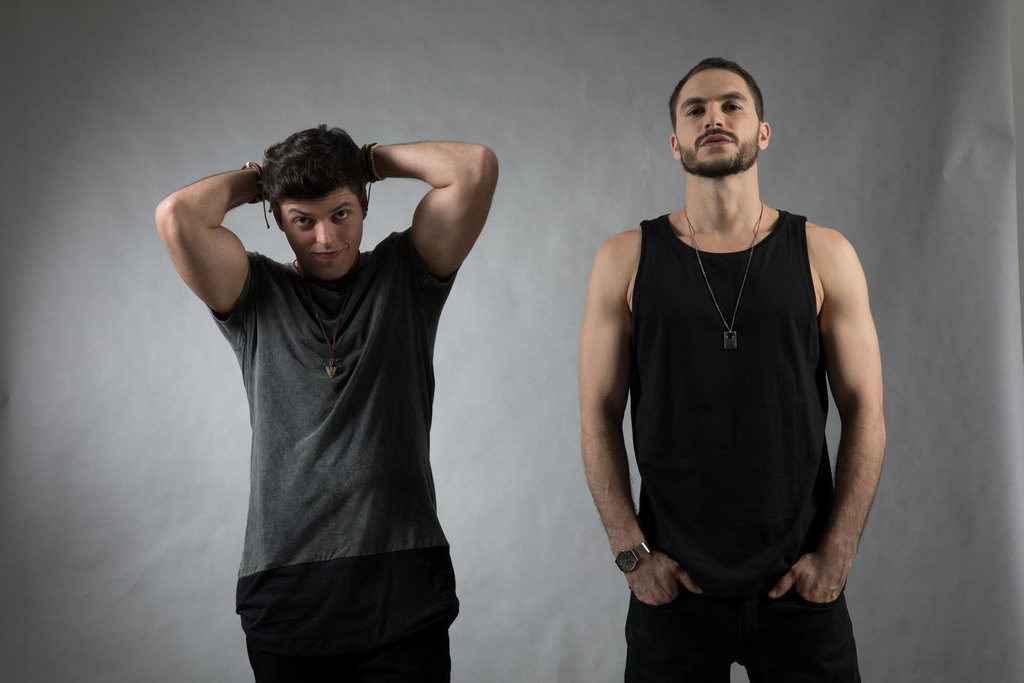 It will be our first time in South Africa; everyone we asked started with these two compliments, ‘Paradise Place’ and ‘nice people.'”

Does it ever get overwhelming or are you used to the lifestyle as touring DJ/producers by now?

EARSTRIP: For us, it’s a pleasure living what we love. More than 19 years doing the same stuff and we want more. 🤘

Your dream track to remix if you could choose anything? 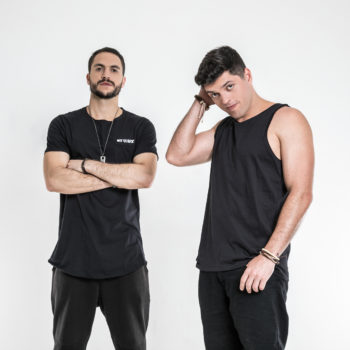 If there was/is a single moment or gig or track that you think took your careers to the next level what would it be?

EARSTRIP: One gig was undoubtedly our performance at Hard Day of The Dead in the USA, as well as the gig itself, also because it gave us an invitation to work with people we admire and follow the work as was the case with partnerships with “YG”, “Yogi”, “Skrillex” and “Pusha T”, and also catch the attention of the Brazilian market itself.

Song wise we can talk about the remix for Michael Jackson’s “Smooth Criminal”, which has been listed in Billboard American magazine among the top 20 remixes in history.

EARSTRIP: It will be our first time in South Africa; everyone we asked started with these two compliments, ‘Paradise Place’ and ‘nice people.’

We researched it a little more and saw that the cultural movement is very strong, and it has a unique geography.

It will be amazing to experience and we’re excited.

Any last words for the Cape Town massive?

EARSTRIP: Guys we want to invite you all to enjoy our performance at Eden Festival.

We are very anxious, and we will prepare a very special show. Prepare your Ears to Trip! Cheers 💚