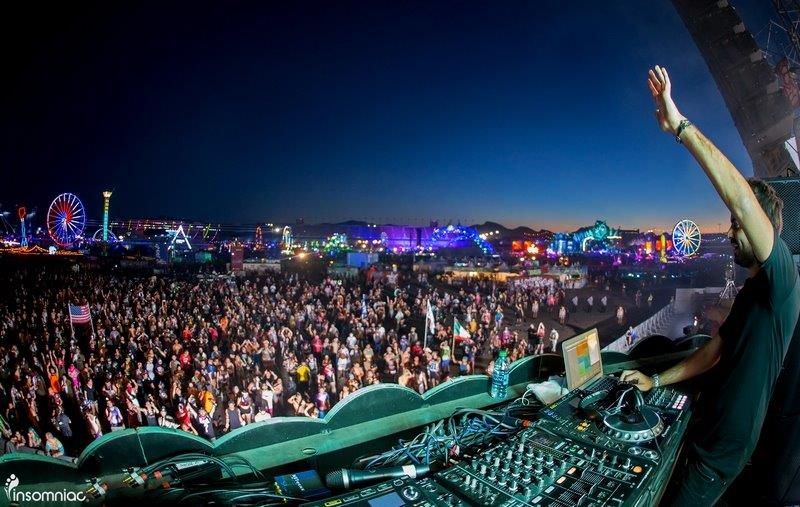 When I started making music, my only dream was to finish a tune! Who thought I would be doing what I’m doing now 10 years ago.”

Freedom Fighters crossed my radar when he collaborated with Headroom on Tribalistic back in May, 2013.  Its funny how, as a DJ, one can see a producer’s name next to the credits or even play a track or two of theirs, but at some point something happens that makes you look up and take special notice. For me it was the combination of this collaboration and the fact that he was playing at a club in my hometown, Cape Town.

The reality is the Freedom Fighters’ discography boasts a substantial collection of quality progressive psytrance dating back to 2008 and on closer inspection it’s obvious why his debut album Rebel, out in February this year, includes a who’s -who of top collaborators and why he has just played one of the biggest festivals in the world in Las Vegas.

As a relative newcomer as a producer, within 2 years of deciding to write music, you were already performing worldwide. Did you have formal music production training or are you self-taught?

Freedom Fighters: I started messing around with music production when I was around 16. I had no formal music production training before so basically – all the knowledge I had was self-taught.

As part of the new wave of Israeli progressive producers – who fuse elements of techno and cinematic sounds in your productions, how do the older ‘senior citizen’ producers treat the new young blood on the international circuit?

Freedom Fighters: Well, to be honest, I’ve never come across a ‘senior producer’ that had anything against my music or my style specifically. I believe real musicians are always looking for something new and fresh with an ‘outside the box’ attitude to stimulate their ears. Progress and new ideas are essential to keep the music scene alive and this is exactly what I’m trying to bring to the scene.

Outside looking in; psy producers outside of Israel have always envied what seems like a very strong support system in Israel for young producers. It seems like the experienced guys pass down a lot of knowledge to the younger guys. Is this a correct assumption?

Freedom Fighters: I’d have to say yes. Israel is an amazing hub for psy producers since psytrance is part of our culture. For example, I live in Herzeliya at the moment (5 minutes from Tel Aviv, which we all know and love) and some of my best friends / co-workers live practically 5 minutes away. Domestic, Pixel, Astrix, Loud, Psysex and more. We all live really close to each other and we get together quite a lot at Domestic’s studio to receive feedback from one another. That helped me grow and evolve as a producer. And as a human being. I owe a lot of my knowledge to people like Domestic, Pixel, Loud and Sub6, as they’ve taught me a lot through the years. 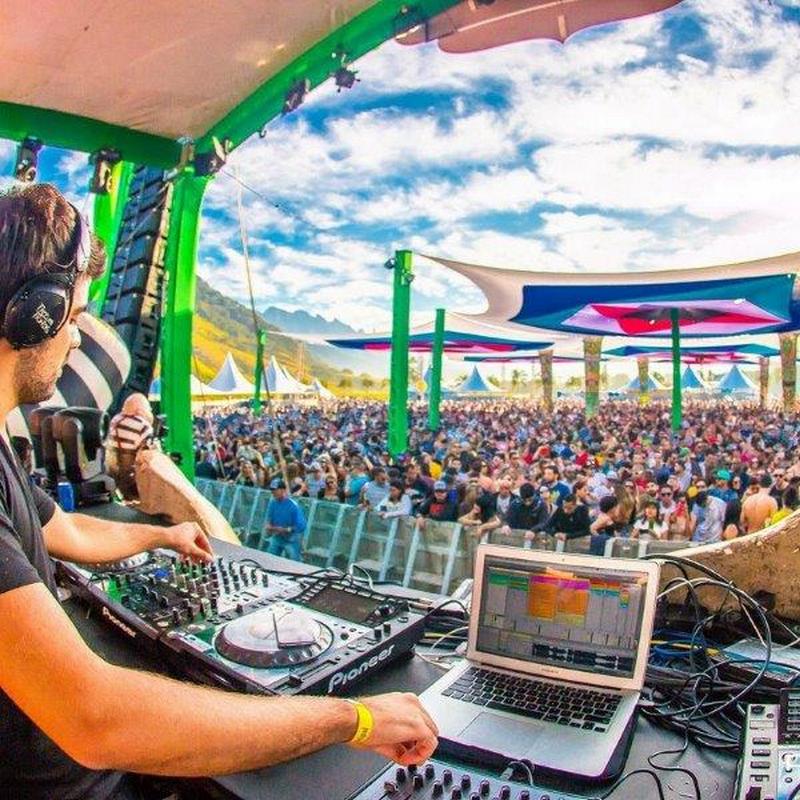 I do see myself as a Rebel when it comes to music.”

You got early support from Skazi, Ace Ventura, Astrix, Captain Hook, Pixel, Domestic, Sub6 and Illumination. How did this connection come about? Were you sending them your music early on or was it via a label?

Freedom Fighters: Before I started making progressive trance under ‘Freedom Fighters’, I used to play full-on back in the day. I met most of these producers on the road and we became friends before we sat down in the studio together. Regarding collaborations, I think everything kinda blew up after ‘Marshmallows’ came out. The hype was pretty big and drew a lot of attention from all sorts of psy producers and that helped me a lot with connections.  After that I could approach my favourite producers and ask them to collaborate.

You released your debut album REBEL in February this year. Congratulations, it really is a great collection of genuine dancefloor bombs. It is also nice and varied due since each collaboration offers a different perspective. The album title is interesting as there is no track with that name. Do you see yourself as a rebel? Were you rebellious at school? 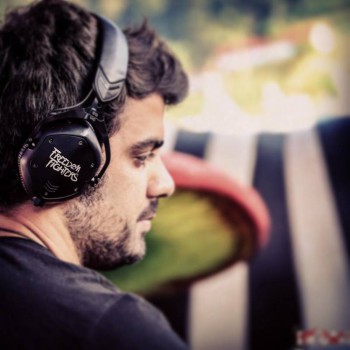 Freedom Fighters: I do see myself as a Rebel when it comes to music. The whole idea behind the album was to go for something different. I felt like there wasn’t enough dark oriented progressive psytrance in our scene and that’s why Rebel came about.

Regarding school, I was that kid who spent 15 hours a day (minimum) at the studio so school always came 2nd and therefore I wasn’t the best student. [laughs]

As mentioned, 6 out of the 8 tracks are collaborations – and I must say not just any collabs, but collabs with some really, really big artists. How do you do most of these collabs? Do you Dropbox the song file back and forth all the time or work on a cloud or were most of these done in studio together?

Freedom Fighters: I’m a big fan of collaborations and I believe 2 minds and better than 1. Regarding the collaborations on the album – most of them were done in my studio. I had the honour of having Ryanosaurus, Sub6, Loud, Outsiders and Avalon for 2-3 sessions at a time. The only track made online was ‘The Encounter VIP’ with Mr. [Ace] Ventura using Dropbox and sending each other stems back n’ forth for 2 months.

Million Little Pieces (with Ryanosaurus) interests me. It’s the first time I’ve seen a collab between two artists that one would not necessarily expect. It’s also a really good track. How did that one come about?

Freedom Fighters: I’ve been a big fan of Zenon Records ever since Ace Ventura introduced the label to me a few years ago. Ryan has been blasting with great stuff for the last couple of years and I really wanted to have him on my album. 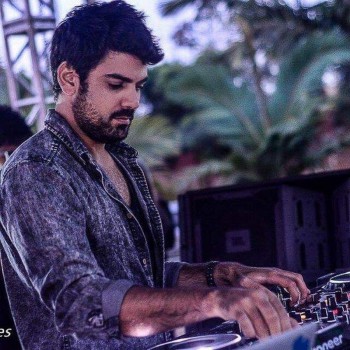 The track came about in a really funny way actually; I went to pick up Ryan from Tel Aviv and we went together to grab Humus. When we got back, someone had smashed my cars window and stole Ryan’s bag along with his Laptop.

Sad and angry we got into the studio together, and Million Little Pieces is the result.

It seems to be the norm now with Progressive trance producers; to release albums with 80% collaborations and then 1 or 2 solo tracks. It used to be the other way round a few years back. Is this mainly a result of technology making it so much easier to collaborate online or is it a result of the music coming out so fast these days (EPs and singles are quicker and easier than albums) that collaborations make it easier to get an album out?

Freedom Fighters: I think you got it right on both ends. It’s really easy to collaborate thanks to technology. As I said before, I’m a huge fan of collaborations and I really think 2 minds and better than 1. Regarding music being released really fast today, that’s really true! New releases pop up every day and it’s hard to keep up with the pace. I really think it’s close to impossible to finish a solo album by yourself if you’re touring a lot. One could say it’s kind of a shortcut but I really believe it’s a necessity.

Just before the interview we spoke and you were about to leave for Vegas. Your first time there? Tell me a bit about why you’re there and your impressions of the city… 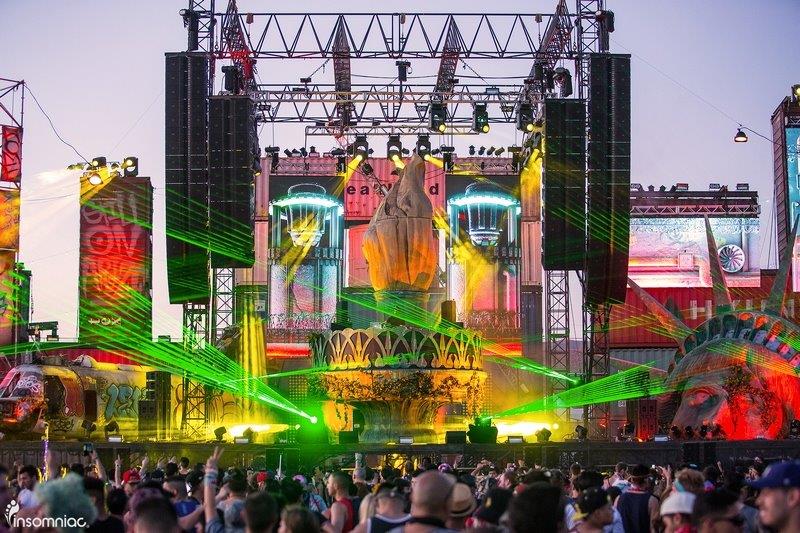 Freedom Fighters: Vegas was indeed a huge milestone in my career. I had the honour of playing on one of the biggest electronic events [EDC Las Vegas 2015] on the planet and in the U.S.

150,000 people per day (3 day festival), and I played on the Wasteland stage with some really cool hardstyle artists and my 2 good friends Astrix and Neelix. I’m so happy to see that the U.S is finally accepting Psytrance and I really hope we will all tour the U.S pretty soon.

Regarding Vegas as a city, just wow! I think overwhelming is the right word for Vegas.

Which track on REBEL was the toughest to complete?

Which track (from the album) surprised you the most when you played it out the first time?

Freedom Fighters: Recycled without a shadow of a doubt. I made Recycled as a kind of homage to Richie Hawtin aka Plastikman. I remember sitting in LA and listening to his music for hours and I just felt like I needed to sample a sound from there and go wild on it. I ended up sampling him from a couple of interviews he’d done over the years and it was a real pleasure writing this one. I think the first place I played it was Australia and I was completely blown away! Even though the sound and mix are not too psytrancey, it works. This track is probably my favourite on the album.

If you look back now, it’s been 10 years since you decided to produce trance music. Has the time gone quickly?

Freedom Fighters: I can’t even explain how fast time goes by. When I started making music, my only dream was to finish a tune! Who thought I would be doing what I’m doing now 10 years ago. FOLLOW YOUR DREAMS PEOPLE.

‘Psy-tek progressive’ – it’s one of labels I’ve heard the ‘new wave’ of Israeli prog trance referred to – with less layers, more minimal, but bigger sounds. How do you think the sound has evolved since it became such a big style on the scene?

Freedom Fighters: I think sound in general has really evolved over the last couple of years and thanks to the equipment we use nowadays we can really use less and gain more! I’m a true minimal fan and if there’s one thing I truly believe in music is that you should be adding channels only if the track requires that from you.

Final question; your biggest musical influence growing up? And one track (does not have to be electronic) you would love to remix one day…

Freedom Fighters: Daft Punk has always been my favourite (to date still, actually). Track wise I’d have to go with Daft Punk – Da Funk or Daft Punk – Around The World.