You are here: Home / Featured / Extrawelt interview ahead of Origin 2018

Extrawelt interview ahead of Origin 2018

Just in time for their two-city tour of South Africa we bring you this exclusive Extrawelt interview. 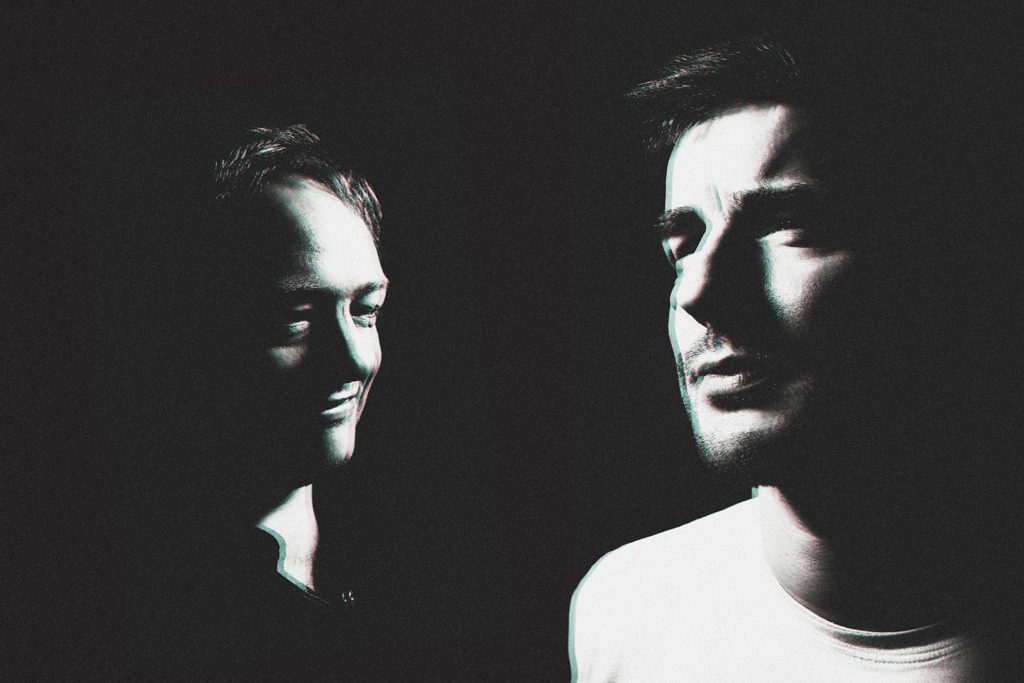 The duo who perform live (not a DJ set) can be heard on Friday night at AND club in Joburg [ToyToy] and in Cape Town as Origin Festival 2018 on Saturday night.

Their history dates back to the late 90’s and having followed their music since those hey days, I had a few questions to ask them…

MP3s should be just banned and wiped of all hard disks in our opinion.”

Extrawelt interview: We were fully focused on our album and are happy and a bit proud that we’ve accomplished that.

It is always such a big task at first and feels so good when finally, the pieces of the puzzle start connecting and each one really helps to find the next.

Each step comes with a bit of relief and you get rid of a few more doubts and worries that always accompany us during the process. Then with its release it was nice to receive so much love and overwhelmingly good feedback. 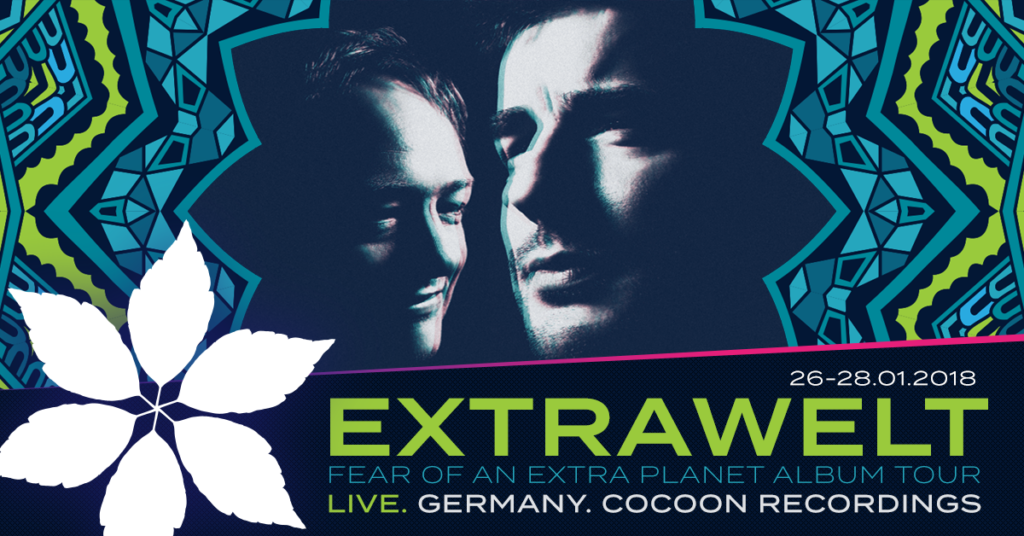 You have an awesome 2-city tour scheduled for South Africa at the end of Jan 2018, first a club gig in Joburg and then one of Cape Town’s premier festivals, Origin, in Cape Town. Do you know much about South Africa and the electronic music scene here?

Extrawelt interview: Wouldn’t say much, but we are for sure aware of some parts of the country’s history.

About the electronic scene we don’t know much at all except from all the positive stuff friends and befriended artists have told us. We are just excited to finally come over and experience it for ourselves.

Not to dwell on the past but speaking of your early years as Midimilliz and Spirallianz – (I still listen to Blast Food) – although you were releasing on a psytrance label (Spirit Zone) the bedrock was very much techno-based. What informed your guys’ decision to stop those projects and create Extrawelt? 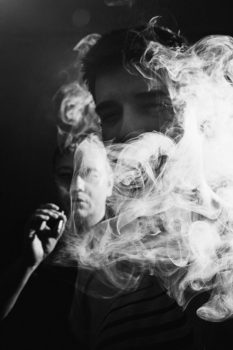 Extrawelt interview: It was actually a super spontaneous decision, when James Holden wrote back to us about our demo we were totally surprised and hadn’t thought about anything more until then.

The tracks were a bit different from the stuff we’d made before and we had just started thinking it might be a good time to start a new moniker.

As we had sent the demo as Midimiliz we asked James if he’d be okay if we changed the project name and luckily, he was fine either way.

It took us a while to understand that this actually is our ride and we are still enjoying every bit of it.”

Artist names are always a bit of a conundrum: Midimilliz, Spirallianz…. Extrawelt. Care to explain how you came up with these?

Extrawelt interview: Midimiliz seemed just funny to us and was never seriously thought through. Midi = short for Musical Instrument Digital Interface, plus Miliz = german for Militia.

Spirallianz was actually created because Spirit Zone wanted an exclusive project name; they asked why we wouldn’t use our DJ-Name ‘Spiralkinda’ but that was only my very good friend Marco Schmedding and me [Arne].

So Wayan and I created the Spiral Alliance = Spirallianz.

Extrawelt was supposed to be the name for the current Midimiliz album at the time which we then named ‘Non Standards’ instead and as we just had the name Extrawelt at hand and wanted to create a new moniker we picked it.

As a duo that performs their sets LIVE – what piece of music technology do you feel has been the most important in the evolution of LIVE electronic music? 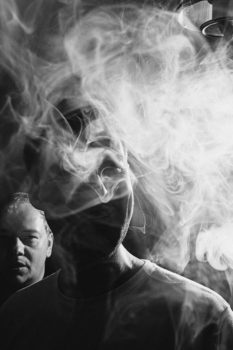 Extrawelt interview: Synths, Drum Machines, Effects, Outboard, all has evolved beautifully, and each piece plays an important role for us, either in the studio or on stage but still it’s the computer that had the biggest impact, I guess.

When they were finally fast and reliable enough they made everything so much more handy, flexible, connectable, stable etc.

We were never pure analogue or digital, although we have a strong love and appreciation for analogue gear…”

With such a long an illustrious career you’ve witnessed many changes in the industry, most of which have been influenced by the digital age. The analog vs. digital debate (in everything from music performance to producing music, to DJing and how people listen to music) will rage on with both positives and negatives.

a) What’s the best thing about the digital age for you guys as artists?

Extrawelt interview: We were never pure analogue or digital, although we have a strong love and appreciation for analogue gear we’d never want to miss the advantages and possibilities of the digital music production world.

It’s almost impossible to own every piece of hardware and one would need a money printing machine too. Especially in the last 5 years or so the plugins have evolved finally to a quality in emulating the original gear that was unthinkable 10-15 years ago.

b) And the downside?

Extrawelt interview: That would probably be the MP3 takeover of almost all music listeners.

When the internet was slow, storage was limited and expensive it made somehow sense to use a format like MP3 for certain applications but by now the internet is more than fast enough so that all MP3s should be just banned and wiped of all hard disks in our opinion.

Unfortunately, it’s the standard now and won’t go away so easily.

Considering the deep music you make, Berlin would seem like an obvious city to live in. What’s Hamburg like by comparison?

Extrawelt interview: Hamburg has maybe a smaller scene than Berlin but honestly which city in the world doesn’t.

Hamburg has its own particular charm; maybe it’s not as obvious to everyone under the thick grey clouds and drizzle but its people are just as vibrant, devoted and creative as they are in Berlin.

Also, its history of electronic music goes to the very beginning of it all, Hamburg was right there at the start. We have a little bit of everything in terms of clubs, small, big, fancy, dirty; music wise almost all directions are covered.

How do you keep yourself entertained on flights and in airports? 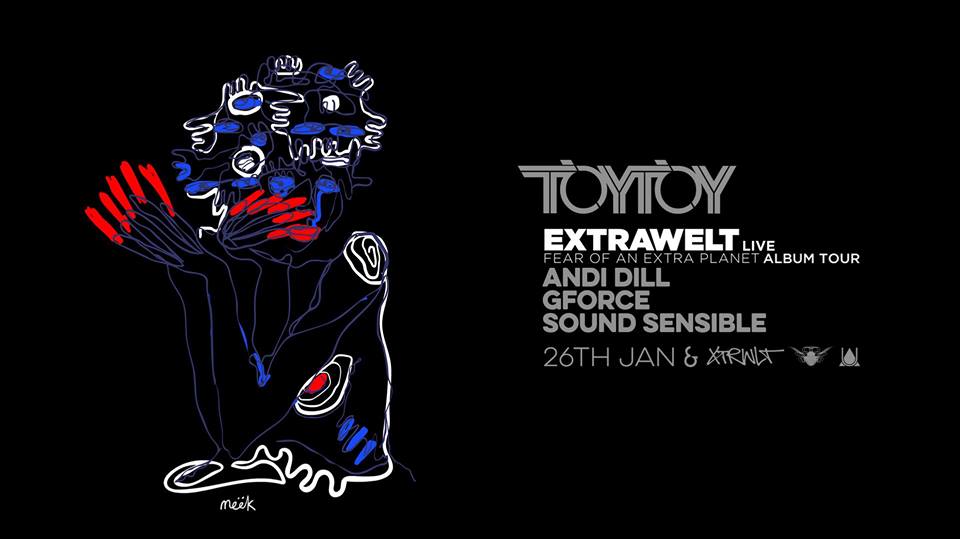 Extrawelt interview: At airports we are always trying to locate the best possible Espresso. On flights pretty much like everyone else I guess, watching, listening, reading, working.

Outside of electronic music which artists do you follow and listen to?

Extrawelt interview: Plenty actually… Some Hip Hop like Kendrick Lamar, Run The Jewels. Some Indie like Radiohead or Timber Timbre. Lots of older stuff too. Some Jazz, some Classic, some movie scores.

Over 25 years in the industry and 17 of those as Extrawelt! There’s nothing better than doing what you love! Did you ever think this ride would last this long?

Extrawelt interview: It took us a while to understand that this actually is our ride and we are still enjoying every bit of it. It sounds scary if you put it like that.

We usually think neither of the past nor the future too much at least not in terms of career or age. I guess we are having a pretty sporty kind of approach. For us it’s more like the next gig and the current track is always the most important.

Thanks guys. We’re really looking forward to your set at Origin. Final shout out to the SA dancefloor massive…

Extrawelt interview: Thank you, looking forward to meeting everyone.