You are here: Home / Featured / The conquering sounds of Enoo Napa

The conquering sounds of Enoo Napa

The spine tingling urgency of “Conqueror” by Enoo Napa was a befitting mainstream introduction for the undeniable talents of the hitherto underground DJ/Producer from Umlazi, Durban. 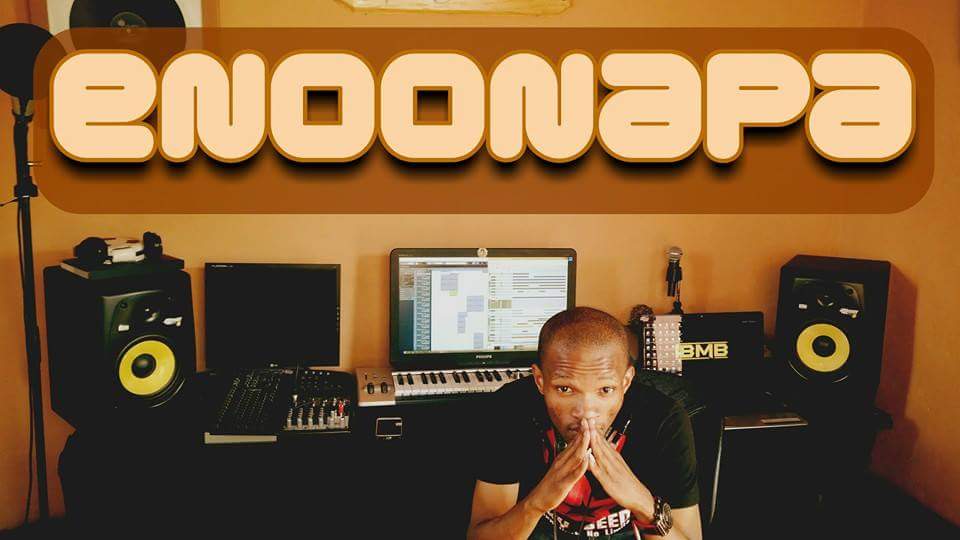 Spins and acknowledgement by House Music royalty such as Black Coffee and Lars Behrenroth coupled with solid follow-up singles confirmed Enoo Napa’s pedigree as a DJ/Producer to keep both ears on.

We chat to the Afro House muso about his emergence and personal interpretation of House Music.

We all want to hear our songs on radio, see our videos on TV as that is one way our craft gets more exposure, so as an underground act I believe that has been the hardest challenge.”

Enoo Napa is a “one of a kind” type of name! How did you move from being Siphiwe Mkhize to Enoo Napa?

The similarities between Enoo Napa and Siphiwe make it difficult to keep the two personalities separate.

“Napa” was a nickname I was given at age two and it stuck with me since.

“Enoo” merely reflects my physical attributes as I’m quite a tiny fellow.

So I suppose adding the “Napa” tag has been pretty much who I’ve been in the eyes of the public; that little fellow Napa-Enoo Napa.

“Conqueror” featuring Jackie Queens is the track that saw you bursting from being an underground artist to a more mainstream one. How did this defining track come about?

When Black Coffee featured it in his sets during late 2014 it then took off wildly.

Otherwise originally it was an old piece by Jackie Queens.

I had received the vocals from Producer Dyce Jones via a Sound Cloud inbox.

This was my second ever attempt at a remix and that’s just pretty much it.

We do keep in touch, and have developed an excellent musical partnership and understanding as far as our geniuses are concerned.

I’d have to visit her in Cape Town one day or the next laughs!

How did it feel when House Music icons like Black Coffee and DJ Fresh not only dropped this single but were going absolutely crazy over it!?

Totally on another level.

When I started out little did I know that I’d get to such a point, so it shows how far I’ve come.

I believe I’m on the right track.

No one is going to do it for you, nobody owes you anything, you need to work and sweat to get recognised.” 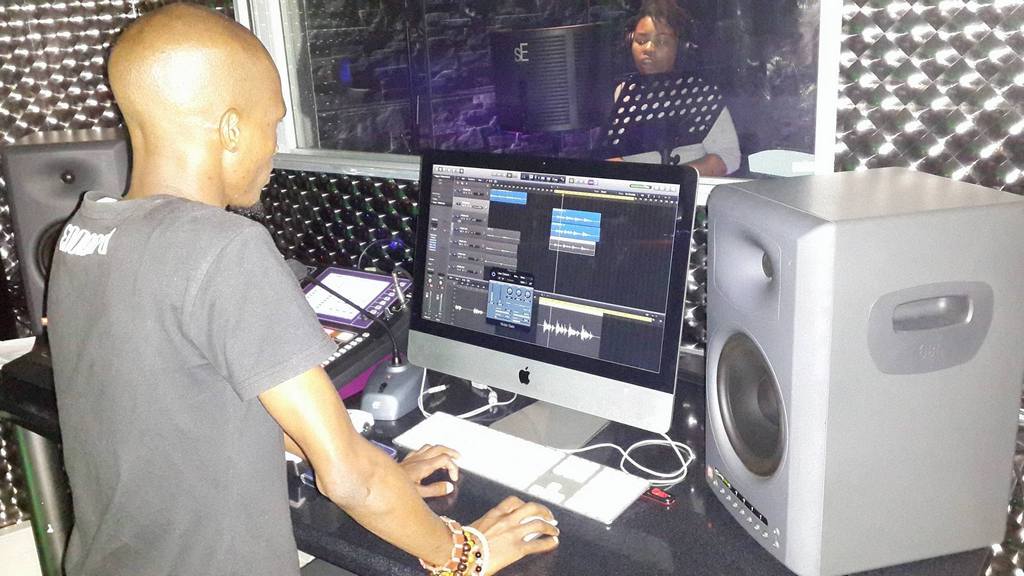 Now that you mention the issue of “starting out”. You have been active since 2010 yet you only gained mainstream attention in 2015? What was happening during the five years you were an underground artist?

I’ve been listening to music and trying to perfect my own craft, which is what I still do today,      I try to get better and better with every offering.

What are some of the other big things that have also happened in your career to date? 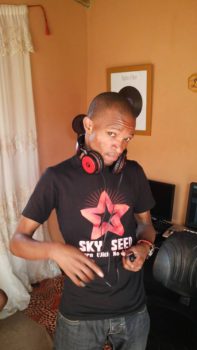 I celebrate everything, no matter how little.

Since “Conqueror”, I’ve made more music with Jackie Queens, originals and remixes.

I’m a Top 20 candidate out of more than 600 entries in Black Coffee’s remix challenge for “Music Is The Answer”.

I also did my first international remix which was for N’Dinga Gaba & Sabrina Chyld “Loving That I Needed”.

No doubt you have also had you fair share of challenges in the industry. What are some of the obstacles you have faced?

We all want to hear our songs on radio, see our videos on TV as that is one way our craft gets more exposure, so as an underground act I believe that has been the hardest challenge.

Challenges often come with lessons. What are the important lessons you have learnt about the music industry?

The reality that we need to work to get out there.

No one is going to do it for you, nobody owes you anything, you need to work and sweat to get recognised.

Being ‘originally you’ must be the most difficult aspect for any artist.

That’s what I always work on, being me, being Enoo Napa.”

What gave you the inner fire to keep going? 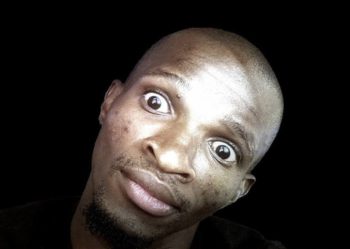 Those inboxes, tweets and comments I get from time to time fuel the need to keep going.

If we can now transfer that love into buying the music, the better.

It starts with changing the perception of buying with those closest to you.

If they can say they support you, they need to go out and buy your music as opposed to them getting your music off free download sites.

More and more household names are playing my music on radio and at gigs.

It’s a wonderful feeling seeing people moved by what you do.

It motivates me more.

When many House Heads hear of Durban House, they immediately think of the more commercial Kwaito inspired sounds coming from KZN. What made you go for a deeper more tribal sound instead of “going with the flow”?

It boils down to what inspires you to begin with.

I do not restrict myself to just listening to House Music.

There’s more to music than what we hear on radio and see on TV.

It’s often easy to emulate the next person.

Being ‘originally you’ must be the most difficult aspect for any artist.

That’s what I always work on, being me, being Enoo Napa.

Travellerz and Opaque are the major signature titles you give to your remixes. What’s the difference between a Travellerz and an Opaque remix?

Similar to Siphiwe and Enoo Napa, there’s not much difference between the two signatures.       They represent me and my sound equally.

Your “Travellerz” mixes take you on a journey.

Slow on the build up to a wild climax and the choice in elements is often a blend in strings and pads to arouse a mood of one taking a journey through the song itself.

“Opaque” mixes – are just bangers- from the time you press play, you fall in love with the song’s cinematic ambience.

If I’m producing something and cannot dance to it, I won’t release it!” 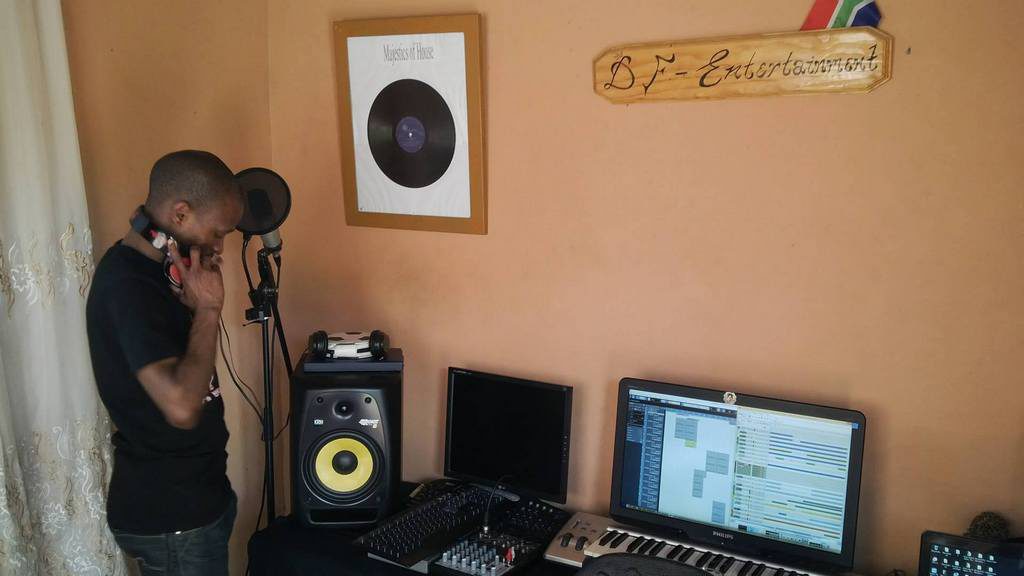 You said that growing up you listened mostly to R ‘n B and House with a sprinkling of Hip Hop, Jazz, Gospel and Kwaito. How have these genres shaped your sound?

It’s hard to say as my sound is really inspired by the House Music I came across over the years.

I’ve since fused in some elements of R ‘n B/Pop into my Afro tunes, thus bringing out music that is fresh, new and that people can vibe to.

Now that you have the attention of some pretty influential players in the industry, if given the chance which artist/s are you dying to work with?

There’s too many to mention and each with good reason too, however I’d go for the vocals of

Kenny Bobien, as I’ve always been a fan of his.

Locally the list is even longer, boasting the likes of Black Coffee, Culoe De Song, Shimza, DJ Merlon and XtetiQsoul.

Vocally it would always be Jackie Queens, Zipho Khumalo, add to that Mondli Ngcobo, Dindy, Ternielle Nelson, Bonj, I could go on forever.

On the production front, I’d love to work with the mysterious Hyenah who is just a magician on the Afro House tip. 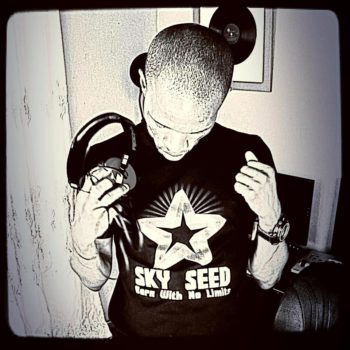 We have a simple setup; M-Audio equipment (sound card, midi-keyboard), Dell computer, KrK monitors, a condenser mic and the software we use is mainly Reason and Cubase.

How do you go about putting together a song/remix?

It’s kind of interesting that you won the 2006 edition of dance show Jika Ma Jika. How was that experience?

The buzz from the neighbourhood streets, vuvuzela’s and chants still echo in my ear to date.      It was the greatest feeling and a very overwhelming experience for me.

How does your background as a dancer influence the way you make music?

Now I only dance behind closed quarters, just to keep fit or active.

I also dance during production as I’m more of a “Dance Music” producer than anything else.

If I’m producing something and cannot dance to it, I won’t release it!

Tell us a bit about Iklwa Brothers, the record label which you are signed to?

Iklwa is not just a label, it’s a brotherhood formed in 2010 by Mzwandile Nxasana and Sandile Magwaza.

It’s heavily influenced by Afrocentric melodies and vibes so it shouldn’t come as a surprise to know that cats like Infected Soul, NostiQsoul, Nombela, XtetiQsoul, Ancestral Vybez (now known as Omak) and myself are part of this movement.

We are known for our Afro House tunes.

Many DJs and producers from other provinces move to Joburg to expand their careers.

What has kept you in KZN for so long?

What has kept me here is family.

I’m a father of a beautiful three year old daughter.

Any plans to eventually make a move to Jozi?

[Laughs]  I believe that since I’m still learning a lot; why not absorb all you can in close proximity before venturing out into the unknown?

Durban is just an amazing place and the weather is almost always kind to us.

I will move to Jozi one day or even further than that as I grow in this industry, provided I keep working hard. 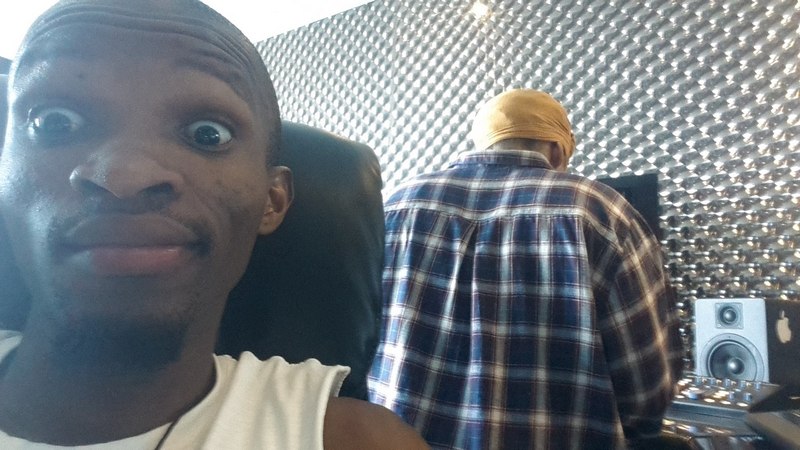 Sooner or later you will be expected to tour locally and eventually internationally. Which local cities are you most looking forward to visiting?

The aim is to get the brand known in all corners of my country.

That would mean a tour to every province and as many cities as I possibly can.

At the international stage which cities are you most looking forward to visiting?

Standing out would be the UK, Greece, Botswana, Netherlands and the USA as I have quite a good following in those countries.

I think we can start there and explore some more as the music needs to be heard everywhere.

When we visit you in Umlazi what are some of the House Music hotspots you will take us to?

We would definitely hang out at Eyadini, which is one of the most popular hangout spots in Umlazi.

The vibe is awesome; there’s that traditional braai if you’re into flame grilled anything [laughs] and the music is served good.

It’s one spot that has changed the night life as far as Umlazi is concerned.

The other spot would be Café Afro_Meat – a new spot located in Y – Section in Umlazi.

It’s the home of traditional cooked meals and good music too.

When you are not in the studio or performing at gigs what do you get up to?

I’m at home with my little girl or chasing a soccer ball with friends.

It’s quite rare though that you’d find me not working on my musical craft as there’s so much more that I need to improve on.