You are here: Home / Featured / Drums not guns – We are one, from Zimbabwe with love

Drums not guns… We are One 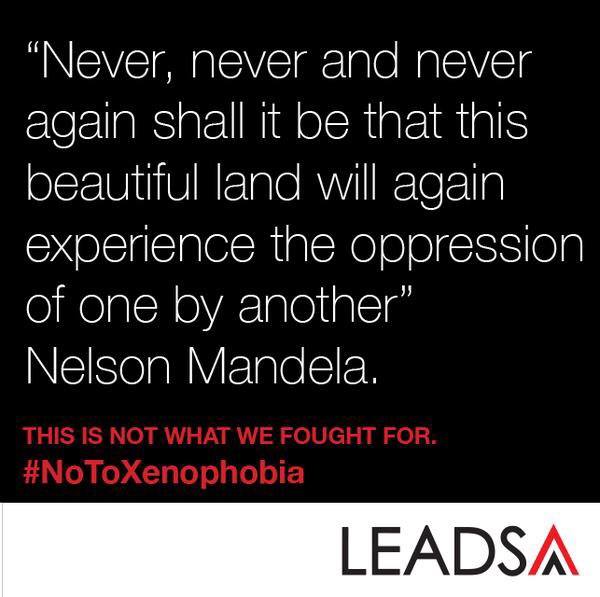 Black and white, old and young, rich and poor, the kid from down the street, or the brothers and sisters from half way around the world.

Wherever you come from, whatever you look like, when the beat drops we all become one.

The tragic events of the past week, where foreigners have been attacked by unruly mobs, have rung a discordant note in what should be the harmonious melody of human interaction.

Rightfully by virtue of them being not only beat makers but role models as well, musicians and other artists in South Africa and across the continent, have spoken out strongly against the horrible acts of violence.

Nhlanhla Nciza, Dineo Ranaka, DJ Fresh and many other South African artists have reaffirmed the need to embrace humanity (ubuntu/hunhu) often using the 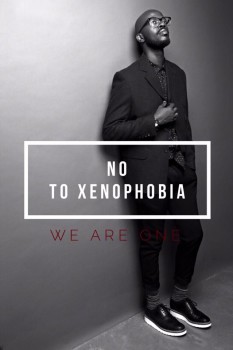 In Durban, DJ Tira, DJ Sphectacula, Euphonik and quite fittingly “We are one” hit maker Black Coffee, joined thousands of other citizens in a well publicised march against xenophobia.

While a certain segment of the Zimbabwean arts community have lobbied for shows involving South Africans to be postponed indefinitely or cancelled altogether on the basis of “sensitivity to victims of xenophobic attacks”, another segment has underlined the need for the shows to go on.

The award winning rapper has gone on to promise to donate his performance fee to victims of xenophobia.

Plot Mhako, a Zimbabwean arts activist, says that Cassper Nyovest, with nearly a million followers across his social media platforms, has the voice to be able to be an effective ambassador against xenophobia

Artists are opinion leaders in a big way and music has the power to make the right kind of noise to pressure the relevant authorities in South Africa to take decisive action against xenophobia,”

Plot says that hosting Cassper Nyovest at this difficult time will go a long way in showcasing African humanity and hospitality.

“Zimbabweans are loving people and the love that we show Cassper will be a positive indication that he will take home with him,” he says.

An impassioned Plot pleads with fellow Zimbabweans not to harm Cassper in any way.

This was making its rounds on social media in Zimbabwe last week but Cassper will perform!

Dee-Nosh a Zimbabwean DJ and one of the promoters of the Cassper Nyovest concert says that the promoters will compliment Cassper’s humanitarian gesture of donating his performance fees to victims of xenophobia.

“In solidarity with the African brothers and sisters who have been harmed by the xenophobic attacks we have decided to make the upcoming show a humanitarian concert where different artists from across the region will take a stand against xenophobia,”

Towards this end the promoters of the humanitarian concert have secured a tentative performance agreement from Mampi, the popular Zambian R&B singer and former Big Brother contestant, while they are also engaging a number of other regional artists.

Other arts personalities have also stepped up and pledged moral and material support to make the show a reality. Humanitarian artist, Anderson Mamimine had this to say…

As a solidarity gesture between Zimbabwean and Fellow African artists, Anderson Save Humanity Project and Decor8 Events has sourced a state of the art sound system and equipment necessary for the Cassper Concert to proceed,

In much the same way that music is made up of different notes, these different artists are celebrating the differences in the tapestry of humanity because we always sound better when we “play” together.

Drums not guns… We are one!