You are here: Home / Featured / DJ Tristan talks psytrance life ahead of Origin 2020

DJ Tristan is back!!! 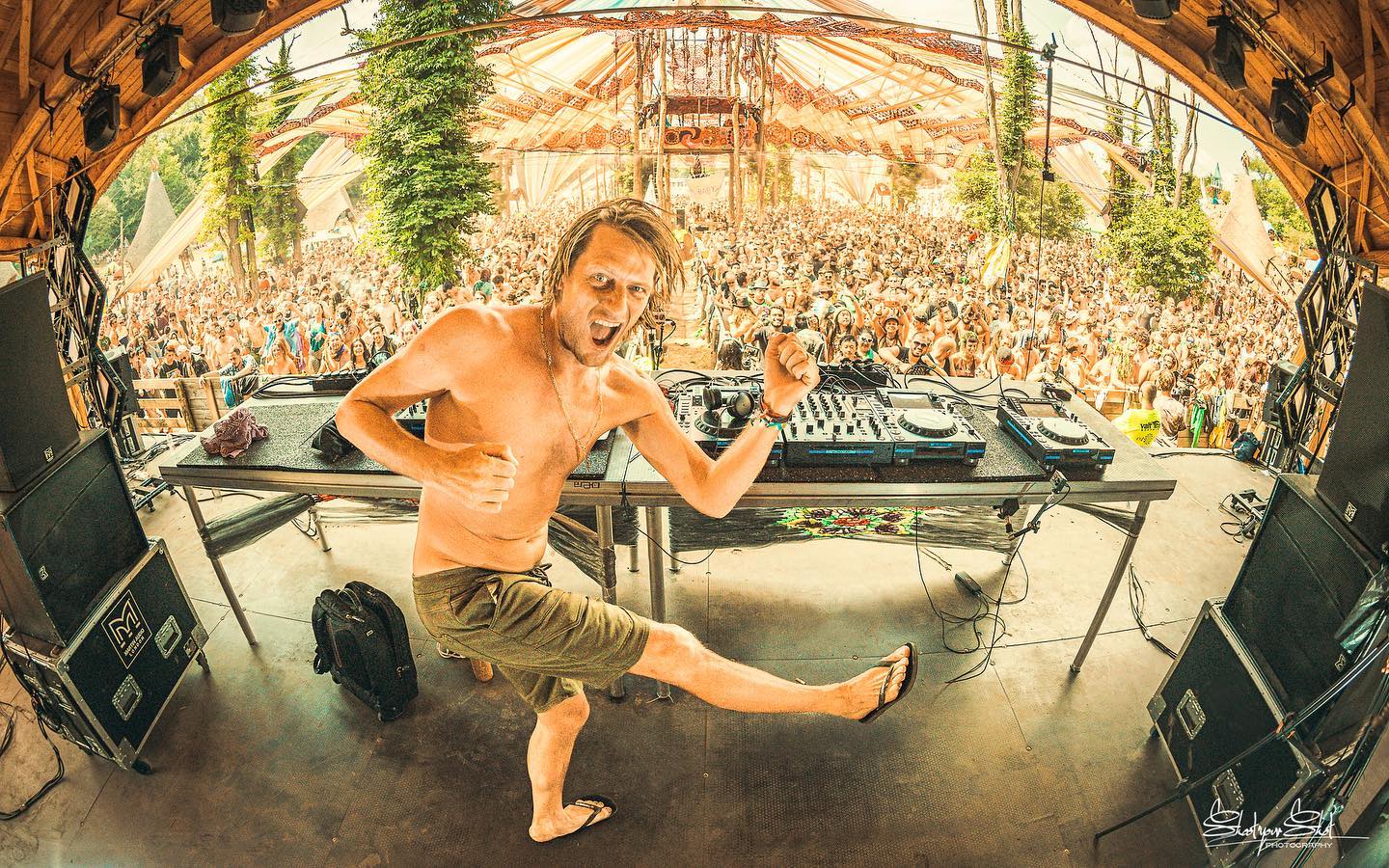 DJ Tristan must be the most requested artist by Origin Festival fans in South Africa, hands down.

This legend of the global psytrance scene has seen it all and done it all and is a firm favourite, not only in South Africa, but the world over.

Not just one of the nicest blokes around, Tristan is also one helluva psytrance producer and DJ and that floor at Origin 2020 is going to explode when he plays.

Psytrance has its own culture and ethos, I suppose you could say optimistically “spirituality” and within which many of its community make a living…”

2014 was the last time you visited our sunny shores in South Africa. It was for Earthdance and you played before and after the Prayer for Peace and before that, Origin 2012.

So, the question on everybody’s lips… why’d you make us wait 6 long years before returning? 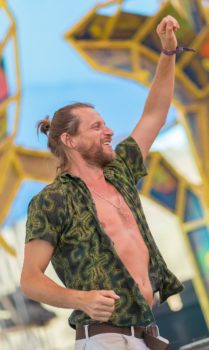 That’s a really good question that I don’t have a good answer to!! Ha-ha… but I think mainly because this time of year I’m with my family in Goa.

It’s also been 5 long years since your last album, Way of Life. The psytrance world needs another Tristan album, Yoh!!! Any plans on this?

I know the demand to release single tracks in the digital download/streaming world makes it less viable to release albums- do you think the album concept may disappear eventually?

Well, the whole musical landscape has changed so much for artists and listeners and will keep evolving no doubt.

The artist album is still a powerful medium to purvey the psychedelic journey and can represent a milestone in one’s career,  so I hope musicians keep taking the time to create them.

You are more than a psytrance artist; you are a leading voice in the ‘way of life,’ (hence the album title) that the underlying ethos psytrance culture promotes.

What is it that psytrance culture offers that may be missing from other electronic music festivals (techno, house, EDM etc)? One could say it’s all just doef, doef at the end of the day… 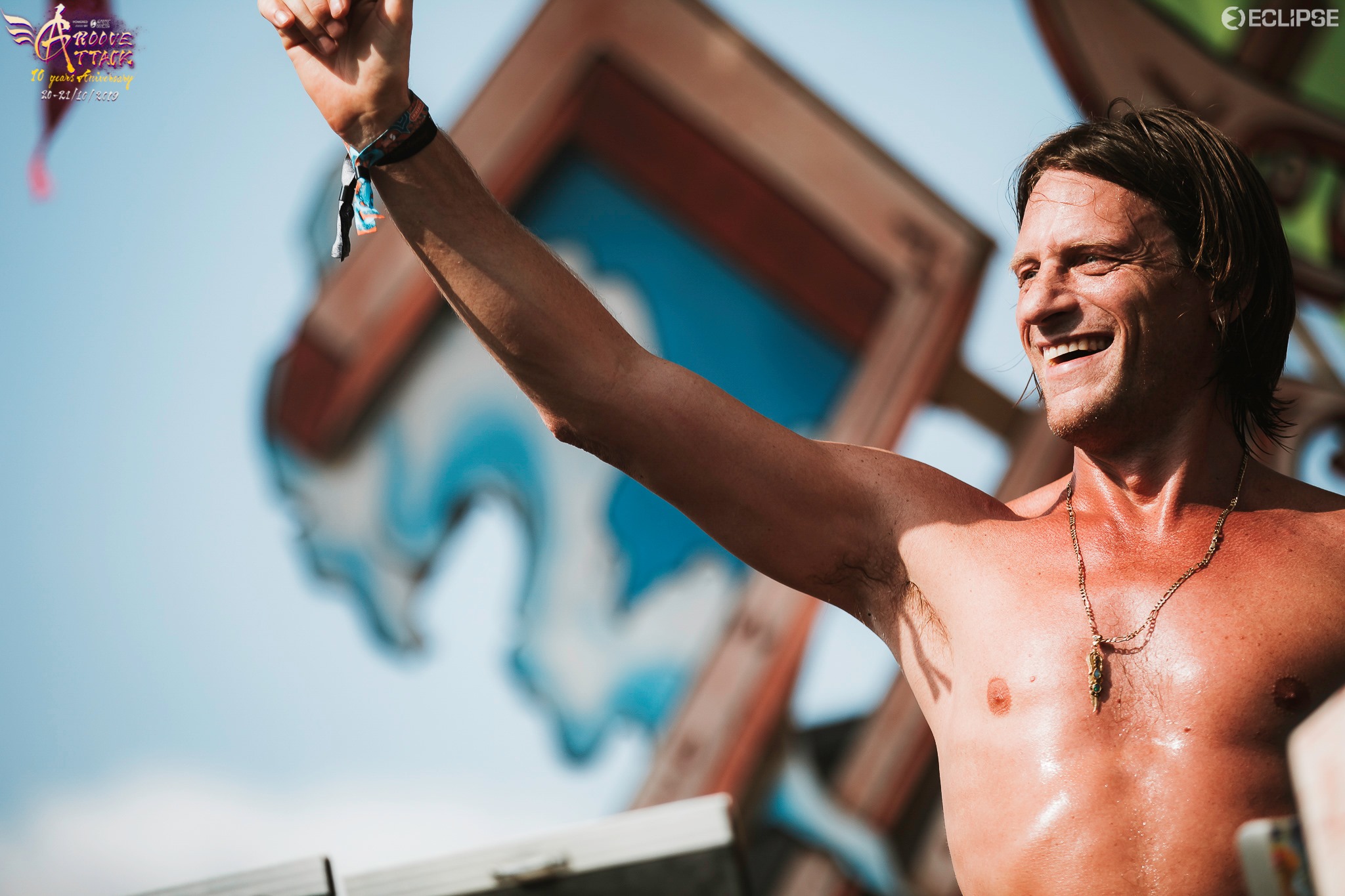 I think you kind of answered your own question there.

Psytrance has its own culture and ethos, I suppose you could say optimistically “spirituality” and within which many of its community make a living making music or selling clothes; as well as travel the world going to events such as solar eclipses or do seasons in Goa with like-minded people; expand their minds and generally have a blast.

You seem like an eternal optimist; I’ve never not seen you smiling, perhaps because it’s always at parties.

Do you have bad days too?

I’m pretty much, as you say, a generally happy person, although lately I have been quite “burned out” by the constant touring and that has taken its toll.

Speaking of bad days; the current political landscape in the UK post the general election must feel like one BIG BAD DAY. What is the mood like among your family and friends? 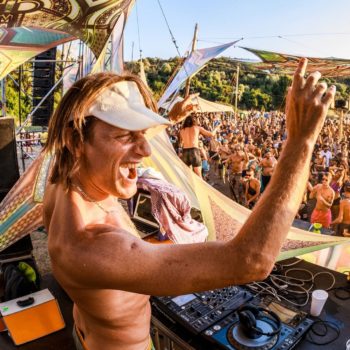 The whole thing has been fucking bullshit lead by a bunch of idiots; it’s the worst thing I can remember happening to the UK as a whole for a long time.

However, it seems inevitable so we just gotta suck it up and move on (or just get the hell outta there!)

If you had to leave the UK permanently and could settle anywhere you wanted, where do you think you’d go?

I think Portugal it top on my list- feels like the most switched on culture in Europe right now.

My Modus operandi has always been to avoid routine, and try to be able to wake up and do whatever the hell I want- a privilege I can enjoy as a self-employed musician: whether that’s play guitar all morning, go for a walk, hang with friends, or actually get in the studio to do some work!!

But having a daughter has pulled us into a schedule of sorts.

As regards the Boom set -it was a celebration of 20 years since I played at the first Boom, which I planned hard for.”

You built a brand new studio a while back; I believe Grant Darshan is the ‘king of studio builders’ having done Dickster, Avalon, Simon Posford and many others. Not only do you have brilliantly high-end 3-way studio monitors you also have your own PA at the back of the studio!

So, no nasty production wobbles when you drop a new track then? 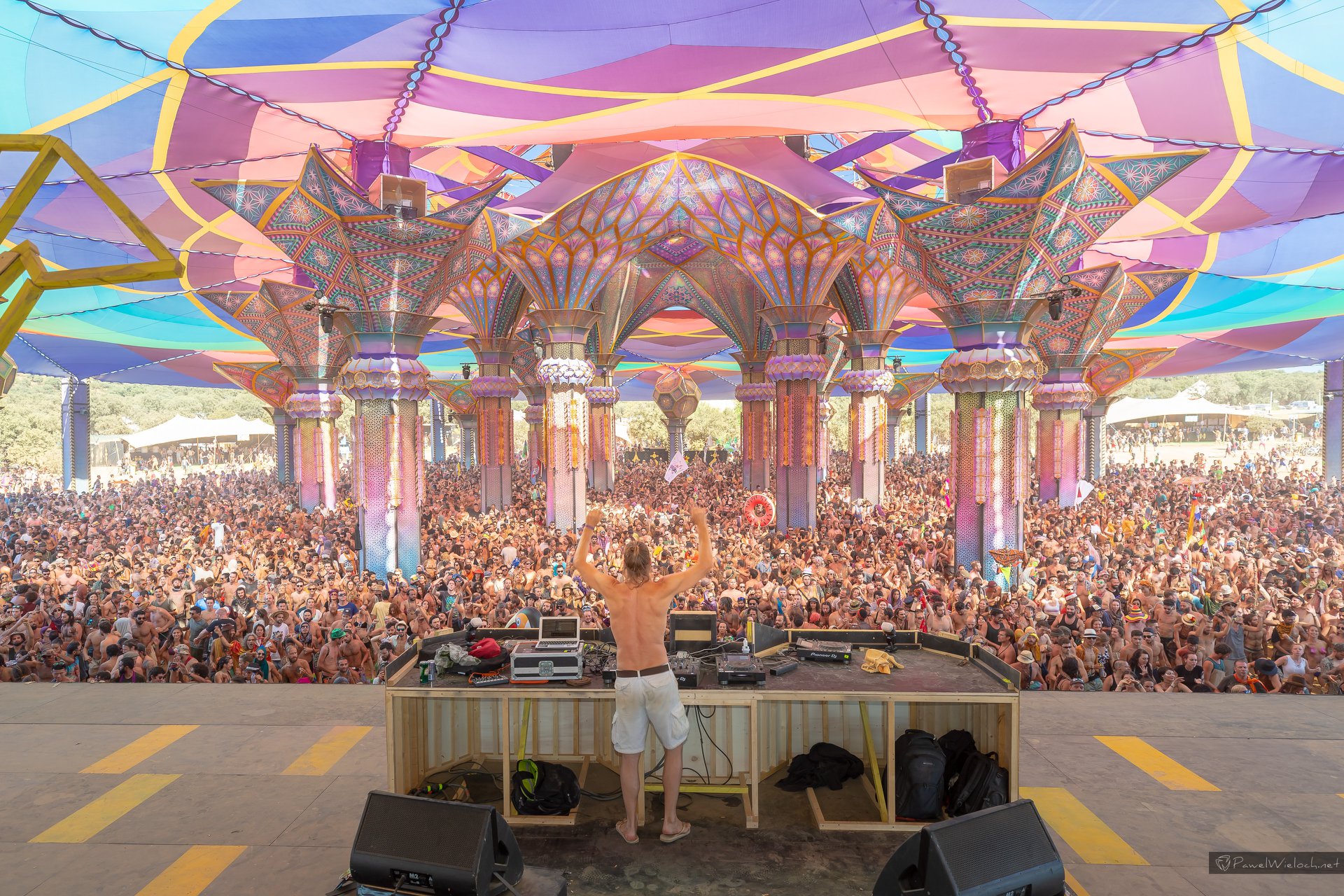 Chunky beats and fat psychedelics all the way!!!

You are not a fan of remixing tracks. Why?

Only if the original track was very inspiring do I wanna unscramble someone else’s omelette. Also, my tracks are like my children and I don’t want someone messing with them either!!

I recall you also making the decision many, many years ago to stop DJing and focus entirely on producing and playing out your own music only.

A choice vindicated considering your status and popularity in the scene. Your catalogue is immense, aptly displayed during your mega set at Boom Festival 2018 (4 hours if I recall). Were there tracks you played at BOOM last year that you were pleasantly surprised by (older ones)? 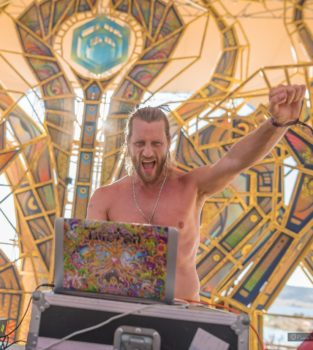 It was a fortuitous choice back then driven by a tinnitus problem but it ended up being the silver lining as I focused exclusively on my own production from then on.

As regards the Boom set -it was a celebration of 20 years since I played at the first Boom, which I planned hard for.

I updated older tracks to keep them contemporary-sounding so there were no nasty drops in production level, and I’m also so familiar with my music I know exactly how it sounds… it was nerve-racking, particularly as my computer took four attempts to boot up during Leon’s last track, but it was one of my most epic experiences on stage ever.

Killerwatts has also been immense since you and Leon formed the duo.

Collabs are commonplace nowadays but what makes KW more than just a collaboration between two artists?

Leon and I have a great friendship and he’s a very dynamic guy so it’s always fun, forward-looking and we simply have a good chemistry in the studio.

We also have different strengths that we bring to the musical table so the sum of our parts is somehow multiplied!! 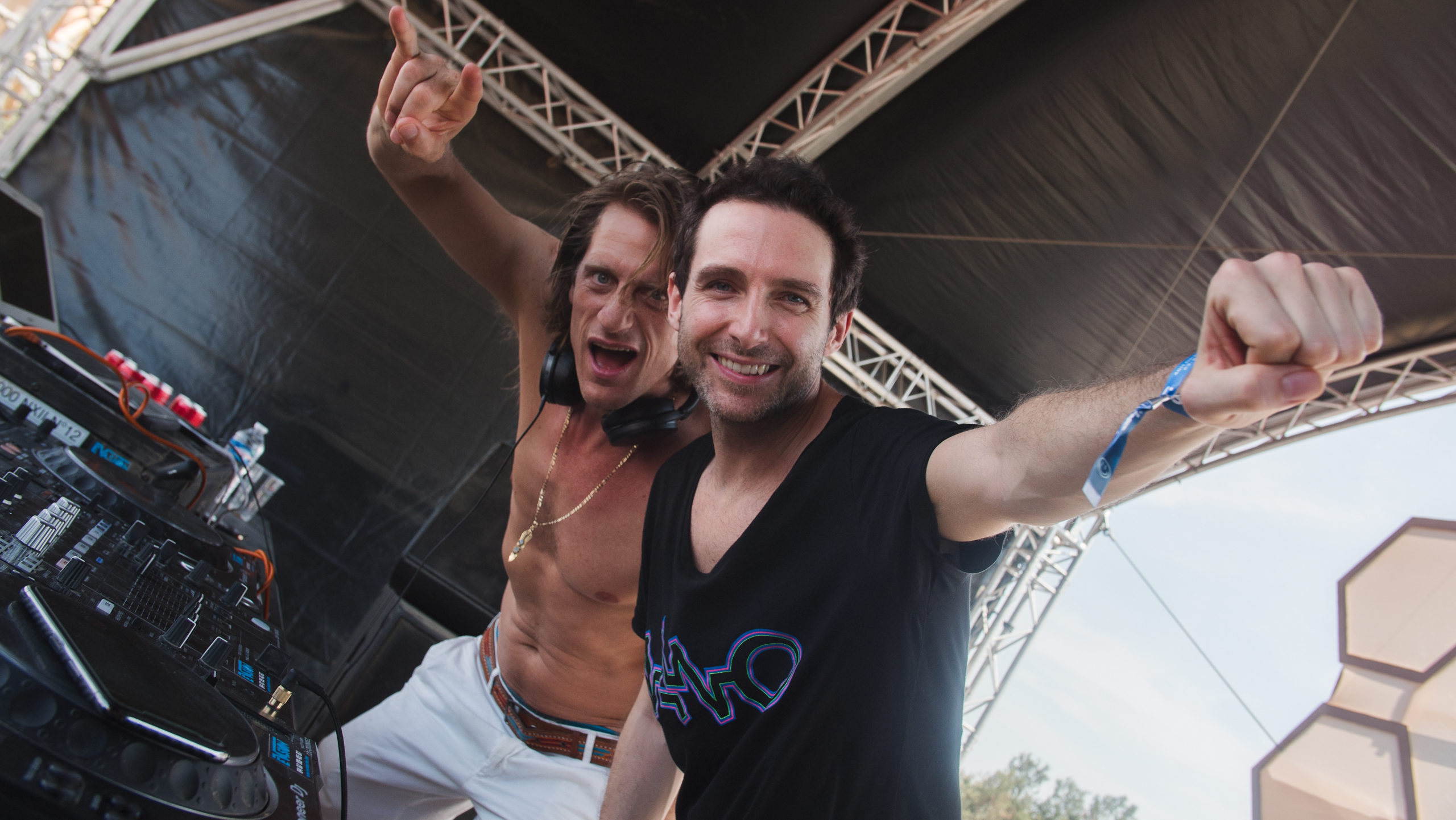 Best food, best wine, best beaches, best climate – Honestly I’ve had some of the best times of my life (and there have been a few) in South Africa.” 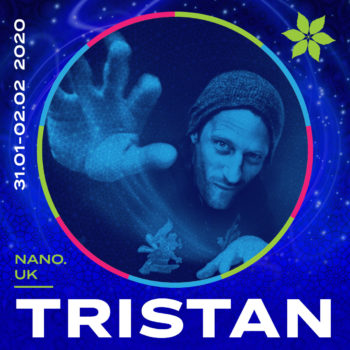 I’ve met so many amazing folk there and have so many good memories travelling on the road, blasting at parties, hanging in Cape Town.

Best food, best wine, best beaches, best climate – Honestly I’ve had some of the best times of my life (and there have been a few) in South Africa.

The best thing about your life and vocation?

Tapping into my creative self and getting to share that with people around the planet.

The worst part of it all…

Endless mundane types of travel in airports etc and time away from family.

How to stay entertained/preoccupied in airports and on planes…

Kindle and Netflix and meditation.

If you stick a few hundred dollar bills down my pants!!!  😝

Catch DJ Tristan plus his collaborative act, Killerwatts (with Avalon) plus a massive supporting lineup at Origin 2o20 at the end of January.