In this Dean Fuel interview we chat to one of SA’s busiest DJs about the festival circuit in South Africa, what music is floating his boat right now, both South African and internationally and why he thinks Tomorrowland Unite is going to be awesome. 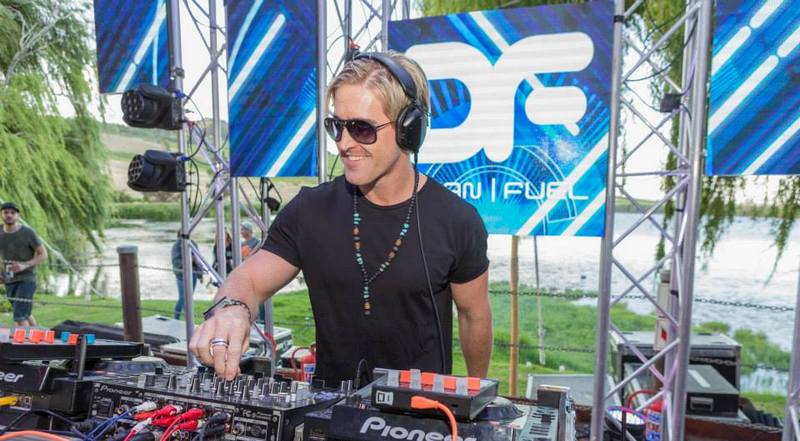 Not everyone has the ability to travel the world to other countries to attend these festivals – so this is an amazing opportunity to feel like you are there!

Dean it’s been a while since we last caught up. In fact as it happens the last time we chatted on IDM Mag, you had just come back from visiting Tomorrowland in Belgium (2013). You must be super chuffed to be on the lineup for Tomorrowland Unite SA then?

Dean Fuel Interview: Yes – I remember that! Obviously I’m looking forward to Tomorrowland Unite SA! I love playing the big festival shows; it brings a special energy from the dancefloor with so many people coming together at once! Having played Ultra in Cape Town for 2 years running, I now look forward to the Tomorrowland experience in Jozi!

Remind us ‘Saffas’ why Tomorrowland Belgium is such an awesome experience?

Dean Fuel Interview: Tomorrowland is simply put – one of the best electronic music festival experiences anyone can be part of. People come together from all over the globe – diverse languages, races, cultures, and ages … all with a single purpose – to have fun, dance and party to the best DJ’s and electronic music in the world! The festival is massive, it’s exceptionally well run, and it offers something for everyone! From massive EDM main stage raving, to underground boutique techno stages, through to Michellen Star restaurants, ferris wheels – all in a natural meteor crater in the beautiful town of Boom – whats not to love! 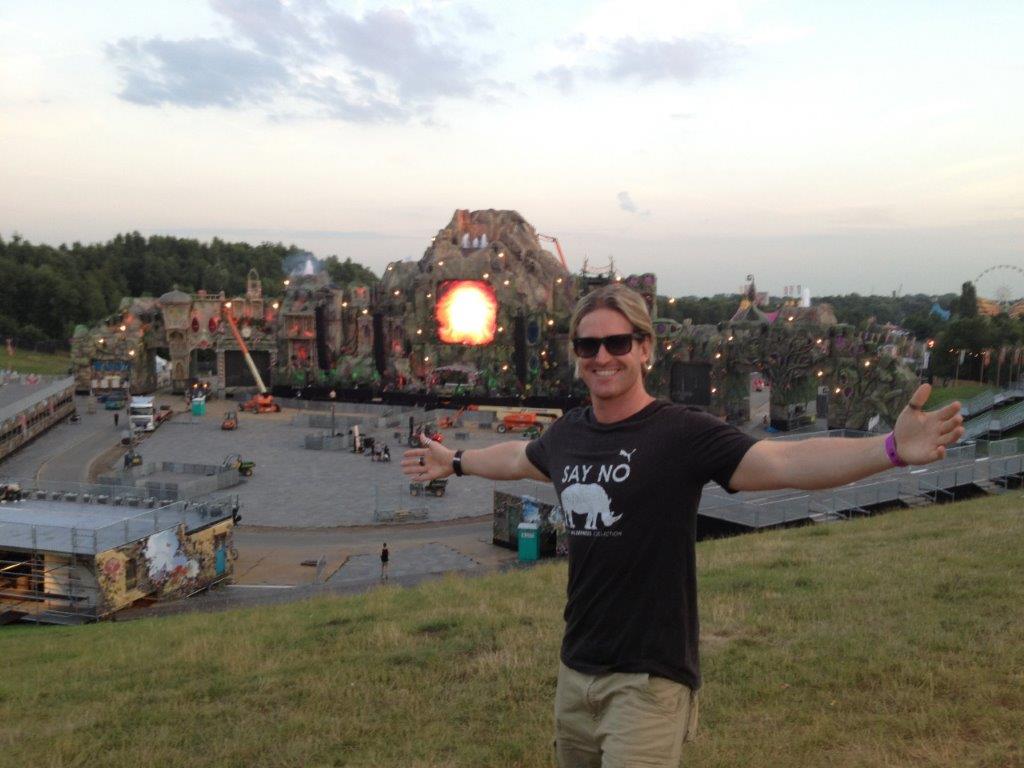 Dean Fuel Interview: The SA festival scene is incredibly diverse and forward thinking! We play host to the biggest global brands such as Tomorrowland and Ultra – as well as host our own selection of unique experiences such as Rocking the Daisies, Oppikoppi, H2O, Spring Fiesta, Vortex, Alien Safari, Origin, and Rage. SA loves to party – and we we love great music! I think the only real negative we experience at the moment is a weak foreign currency – which can make putting these festivals on a very expensive affair for the promoters.

Most overseas acts charge in US dollars, and as the Rand gets weaker – so (sadly) the costs go up. Nevertheless, SA artists are more and more making good headway into no longer being perceived as “local” but global players. Black Coffee, Goldfish, etc. spend more time touring overseas than they do here at home! And local promoters are starting to see SA acts as having more value, gearing better shows for SA acts – it’s an exciting time!

And the club circuit across the country? 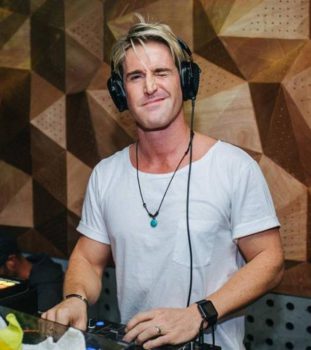 Dean Fuel Interview: Still going strong! With top underground clubs like Truth in JHB, Origin in Durban, and Era and Vice City in Cape Town – there is always a movement forwards in good underground electornic music and DJs. In Cape Town I do feel that the outdoor scene has weakend the clubbing scene in some respects, in the sense that customers can get more “value” from a festival – and come summer time there is almost a festival each weekend, making it tricky for the clubs to keep up! But ask any DJ about playing some of the places I mentioned – and they will tell you just how good those dancefloors can be!

I know you’re a keen producer at home too. What’s the most frustrating part about making music vs. DJing music?

Dean Fuel Interview: Well – I consider myself a DJ first and a producer second. As a DJ you have access to the best produced music in the world! So as a producer I hold my own music up to these standards, which is sometimes frustrating in that I want my music to sound like the producers that inspire me. Patience is essential, allowing the time for one’s sound to mature and improve – over my lifetime I can see how far I have come and yet still how far I have to go! You’re never too old to keep learning!

Musically which artists (local or international) are floating your boat at the moment?

Dean Fuel Interview: Locally speaking guys like Ryan Murgatroyd, Kyle Watson and Black Coffee are churning out solid tracks – and I’m well impressed! And my friends in the trance world (Protoculture, Headroom, Broken Toy) are consistently cranking out incredible productions. On the DJing front, I enjoy sets by Culoe De Song, Trancemicsoul is one of my top talents to watch, and Danalog always gets me moving! Live, well Goldfish still kill it, and deserve their place at the top of our dance scene!

Internationaly I’m a total fan boy of Eric Prydz – his productions and his new touring show are so immense! From the techno world, I’m a big fan of Bodzin, Matador, Kolsch, and Jon Hopkins is an absolute don! On the Djing front – Steve Lawler, Nic Fancuili, D-Nox and Carl Cox are the bosses, commanding great presence as DJs, all with their own styles and vibes – which is crucial as a DJ. 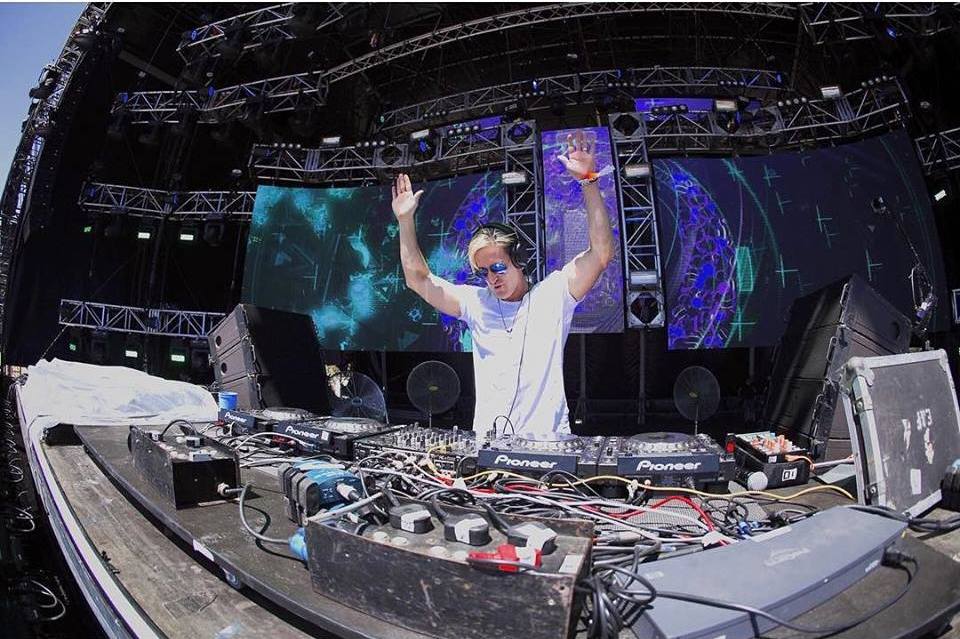 Tomorrowland Unite is a novel concept and one that takes advantage of the technology available today. The SA lineup is a stellar list of great performers. What’s your take on the concept of beaming in the internationals on a big screen?

Dean Fuel Interview: To be honest, at first I wasn’t sure how it would all work, and was sceptical that this could have a real impact. But now – having found out more – I can see how this is going to surprise and blow everyone away! It is not simply a big screen viewing – but rather an immersive experience! The Unite show stands as its own unique concept, and will be one hell of a party! It’s a full spec technical AV show and production desinged to effectively transport you to the festival as it happens! It’s about linking globally – to all the other countires hosting the Unite stages (from Germany to Japan to SA and more).

Not everyone has the ability to travel the world to other countries to attend these festivals – so this is an amazing opportunity to feel like you are there! Of course if you ever able to go to the actual Tomorrowland show – you should absolutley check it out, it’s insane!