Chris Liebing has poured almost 20 years of relentless service into the electronic music industry – running authoritative techno label CLR, touring the world and making some damn fine techno. An early adopter of technology who is continually updating his DJ and production set-up, Liebing is widely regarded as a future-facing innovator and a pioneer of techno as we know it.

With Amsterdam Dance Event on the horizon  the conference will be the final destination of Resident Advisor’s #cycle2ADE charity challenge which aims to raise £100,000 to build a music school in Langa, Cape Town.

The RA staff team will be joined on a 4-day, 300 mile adventure by an impressive list of industry leaders and artists including Luciano, Midland, Uner, South African Esa Williams and German techno titan Chris Liebing. 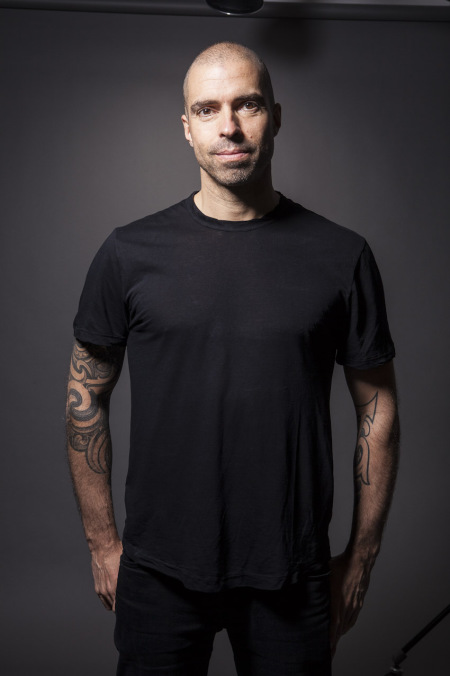 How did you first hear about the RA #cycle2ADE and why did you decide to get involved?

Chris Liebing: Resident Advisor actually contacted us back in July and asked if I would like to be involved with a bike ride, which has a very good cause. I am not really used to bike rides. I normally use my bike to go to the supermarket and back and wherever I go when I am at home in Frankfurt. That´s probably the longest rides I do, but the idea of riding along the coast in Belgium and Holland just seemed very, very appealing to me, since I have been on the Belgium coast as a child many, many times. But most importantly, it is a great cause and it´s going to be a fun thing and I am always up for fun things that are a little extraordinary and that will only do good.

Do you normally cycle or is this a first time challenge?

Chris Liebing: I never really cycled that long, but I have to say that I am kind of a sporty guy. I used to do a lot of competitive sports in my early years but I have never really done bike riding and absolutely not on these kind of distances. So it´s going to be quite a challenge and an adventure, but I am very much looking forward to that!

Tell us about your personal preparation…

Chris Liebing: Well I always try to be fit and stay healthy by training for many, many years now with my personal trainer. Of course in summer these training sessions are pretty rare, due to my touring schedule, so I am actually just starting now to prepare. I have another four weeks to go, but I do believe that my basic level of fitness is quite alright. Now I start cycling a lot more and I am sure that I will be ready for what´s to come.

Chris Liebing: Yeah, I am actually giving away some of my equipment, which I have used to produce music and I hope that people are interested in something like that. And if they are not interested in the equipment, I hope they are at least interested in helping me to help people in South Africa by getting enough funds together to build a music school.

Have you heard much about South African electronic music?

Chris Liebing: Sadly I have to say that I have never been to South Africa. Actually I have only been to Africa once, that was recently to Tunisia, but I’ve heard amazing things about South Africa. Of course absolutely stunning landscapes, and many of my colleagues have been travelling there for many years to play on parties. I don´t really have an idea why I have never gone or why no one ever has asked me to play there, but I am not losing hope and I hope that one day I will get to go there and will find out more about the local electronic music scene.

Your label, CLR is an acronym for “Create Learn Realize” – would you say that being involved in the building of a music school is an extension of this?

What role do you think electronic music can play in underprivileged communities?

Chris Liebing: Music can function as a savior for some people. For me it was, I never really knew what to do with my life. I never wanted to finish the studies that I started and music saved me. I wouldn´t say that it kept me off the streets, but I think in many cases, for example in the hip hop community and all kinds of other communities it definitely helped people to find their true purpose in life and to express themselves artistically. It helped them to spend time learning things rather than being destructive. Yes, music is a key, it brings people together, it is kind of a universal language, especially electronic music. Music can help you to spread love and to show a certain understanding, which we all want in the end.

1991 was the first year you got paid to DJ – since then you have carved out a significant career that has had a big impact on techno as a genre. Tell us about your journey – how did music become your livelihood?

Chris Liebing: It was a gradual process, it was not that at some point I decided that this is what I want to do and this is what I will follow. I was always interested in music, I always collected records, I always taped radio shows when I was very young, at night under the pillow, but I never thought that my passion for music is different from other people´s passion for music and I still don´t believe that. I never thought that I 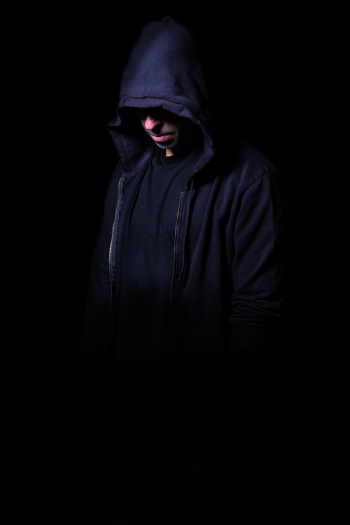 would be able to make music, I always thought that I kind of have an idea of what I want to play for people to make them dance and I started this in very early years at school parties, but obviously I never dreamt to make a career out of this, mostly because at this point back in the late 80s or early 90s, there was no such thing as a DJ career. When the electronic music scene started and the first DJs started to play at different clubs, everyone looked at us and said that we were wasting our time and we should be doing something real. Well I was trying to do something “real”, I went to university and I tried to study, but I did not have any passion for it, and I think if you are lacking passion for something, you should not really do it.

It is hard to find your passion these days because we get trained to do certain things that we don´t even want to do. We are missing out the downtime to find out what our real passion is. I was probably lucky at some point, because in a certain phase during the years `93, `94 I had opportunities to work more and more as a DJ. I think it was rather the lack of desire to follow a so-called real job, which made me continue working as a DJ and to start to produce my own tunes. And still today I can´t believe that it turned out to actually play a main role in my life. Looking back now of course it all makes sense, but while you do it, it might not necessarily make sense to you.

One thing it teaches you is that even if you don´t understand what is happening at the moment, there is always a reason for things to happen. Looking back it normally makes sense and becomes clear, while you are at often it doesn’t really. I still don´t think that I did any major accomplishments, I think there is a lot ahead of me to learn and to discover, especially in electronic music, which is still in a very interesting phase with many developments just starting. I am excited about what is happening and curious about where things might lead to.

Clubbing is traditionally associated with excess and being carefree, do you think campaigns like #cycle2ADE are important to create a balance and positive change?

Chris Liebing: Oh absolutely. I mean within the scene people know that it´s not only about being carefree and living the excess. Of course it´s a part of it, letting yourself go and just letting yourself flow with the music is a very important part, but especially for people from outside of the scene, who see it with very critical eyes, the #cycle2ADE is a great way to show that there are people involved in the electronic music scene, who are thinking way beyond their little horizon and are actually trying to make this world a better place, not only by playing music, but also by certain activities. What Resident Advisor does is a really amazing thing and I am very happy that so many people got involved and so many great sponsors are there to make sure that all of this works in a very professional environment. I think the electronic music scene can be proud of organizations like this one, who also take the risk of trying out new things like this bike ride and I am very much looking forward to it. Thank you very much!

RA will be covering all the costs of the ensuring that 100% of the funds raised will go directly towards the Bridges For Music Langa Township Music School project.