You are here: Home / Featured / Charles Webster Interview – A new album on the horizon

Charles Webster Interview – A new album on the horizon

When the opportunity to do a Charles Webster interview presented itself we jumped at the chance. There are so many positives one can take from a seasoned professional like Webster. 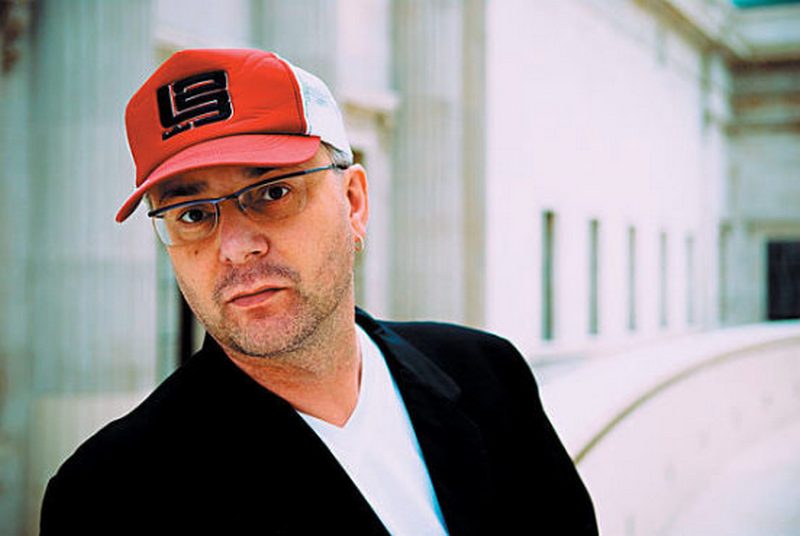 I think DJing should always be fun… once it stops being fun…you should give up!”

Plus he has a new album on the way, has collaborated with a whole bunch of South African artists and over the past few years has spent a large portion of his time [as much as immigration will allow him it seems] living in the Mother City of Cape Town.

On top of that – and for this he gets major kudos from us – he has kindly been guest lecturing at SAE Cape Town on a regular basis when in the city.

Here’s what we asked him…

The first question of course is about your relocation to South Africa. What inspired this move and how permanent is it?

Charles Webster Interview: I guess nothing is ever permanent in this life….I have spent my life travelling and staying in many places.

I’m really enjoying staying in Cape Town at the moment…I just felt the need to come and stay there for a while… to absorb the energy and work with some SA talent.

You’ve chosen the Mother City [Cape Town] over Johannesburg although the latter could potentially have presented more opportunities in the house music industry for collaborations, gigs etc. Any specific reason behind that?

Charles Webster Interview: It just kinda happened this way… I have lots of friends in Cape Town and in Joburg so I could have chosen either city. You are certainly right about more opportunities in Joburg for gigs etc… but it’s only a 2 hour flight away so I do travel up there as often as I can.

Some of the music being produced and released is world class and with facilities like the SAE Institute things can only get even better.” 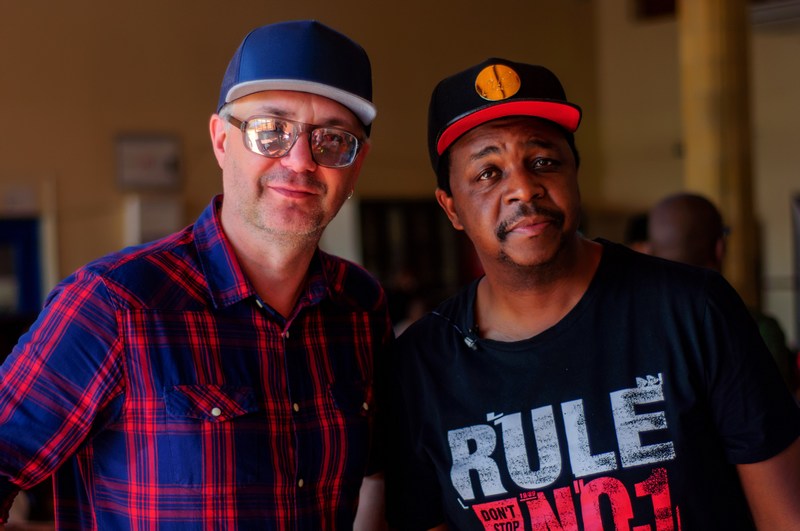 Over the years we often hear house DJs/artists lament as to how passionate the fans are here and how we have some of the best dancefloors to play to. Living here now, and perhaps now that you have gotten a bit more used to SA, has any of that novelty worn off?

Charles Webster Interview: Not at all!

I always love DJing here [or anywhere for that matter].

There are so many passionate people at every event….I think DJing should always be fun… once it stops being fun…you should give up!

We have some amazing musicians and artists in South Africa, in and outside of dance music. However production ethos has not always matched our musicality. Do you think this is a fair assessment or unfounded?

Some of the music being produced and released is world class and with facilities like the SAE Cape Town things can only get even better.

For a good decade or so house music was almost like pop music in South Africa, it was so popular. But things have hit a plateau with vernacular Hip Hop seemingly making big inroads currently. From your experience teaching at SAE Institute , what seems to be the rule of thumb with most that you teach? 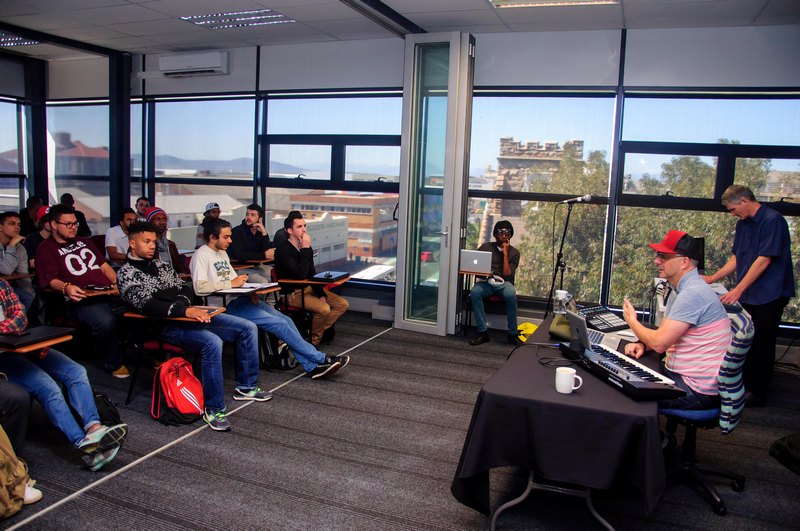 In class at SAE Cape Town

Charles Webster Interview: I would say that it’s still house that is dominant for certain people I meet….but..yes..I have heard more commercial hip hop at large events these days. I guess everything always evolves. I have heard young people making really interesting music from all genres.

I feel technology is making a big difference here allowing more people to express themselves through music. 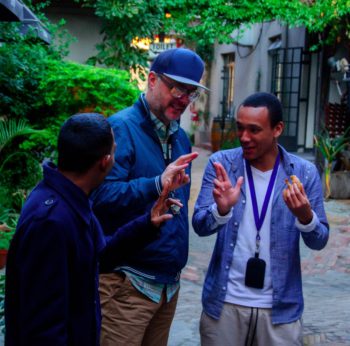 Charles chats to eager students at an SAE student get-together

Which South Africa music producers resonate with you?

You posted in July on your Facebook page that you’ve completed four tracks on your new album. Finished any others since?

How long does it usually take to complete a full album?

Technically you could  one in a month if you were in the right mood and had the finances….but..my theory is that something will take as long as it needs…there is no point in forcing something.

You will know when it’s ready.

I want people to immerse themselves and get lost in the atmosphere for an hour…I feel that the full length album is an important concept to hang on to.”

You have an impressive list of guests on the forthcoming album including a few standouts from South Africa. Two that piqued my curiosity are Sipho Hotstix Mbuse and Jazzuelle; Mbuse, because he is an SA living legend and Jazzuelle because I assume this would be a collaborative track. Care to elaborate on these two…

Charles Webster Interview: Yes. There are [actually] 6 South African artists on the album.

The track with Jazzuelle is a collab with him and Thandi Draai; it’s a lovely deep / sampled vocal track, very moody and pretty.

The track with Sipho (‘I Wonder Why’) is really interesting. It is a spoken word piece. He is such a wise and interesting person. He talks about growing up in Soweto and being a musician through the struggle times. The track is actually a 3 way collab between: Atjazz, Sipho and myself. 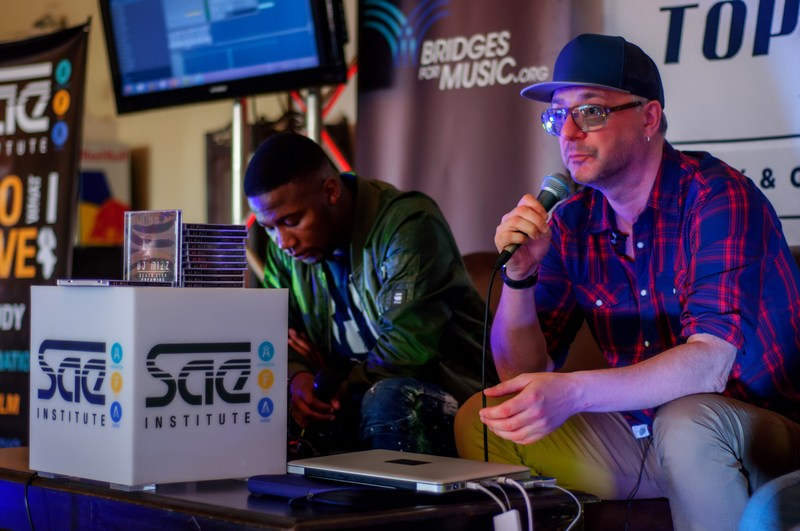 Most dance music producers seem to churn out singles and 2 track EPs nowadays, thanks to the digital download age we live in. A full album is a massive undertaking by comparison; what’s your thinking behind this approach as opposed to the former?

Charles Webster Interview: Yes an album is a much more complex and daunting proposition than a bunch of singles and ep’s.

I always strive to make my albums coherent, not just a set of unrelated tracks and songs… so they are a full listening experience .

I want people to immerse themselves and get lost in the atmosphere for an hour…I feel that the full length album is an important concept to hang on to.

SAE Institute in Cape Town has impressive facilities including a fantastic mastering room. Have you been able to make use of anything there?

I have been very lucky to gain access to all the studios to work on this album…it’s an amazing place to study indeed.

South Africa is a long way from the western world (Europe, States etc) and I know a lot of local producers who are highly regarded in their genres struggle to get consistent bookings overseas due to the miles. What would your advice be to established producers on bridging this gap and securing overseas gigs?

He has made it on his terms as an international star. It’s all about hard work and making the right decisions.

Lastly, will Charles Webster be a naturalized South African any time soon?

Charles Webster Interview: Hmmm, the immigration laws are very strict in South Africa. It would be nice to stay here full time but I would need to put a lot of things in place legally to stay permanently…so for now, I just visit as often as I can.