You are here: Home / Featured / Captain Hook reinvents himself with new album, ORIGIN

Captain Hook exploded onto the psy scene in 2010 with his remixes of some of the biggest-name progressive artists at the time including the likes of Ritmo, Ace Ventura, Neelix and more. 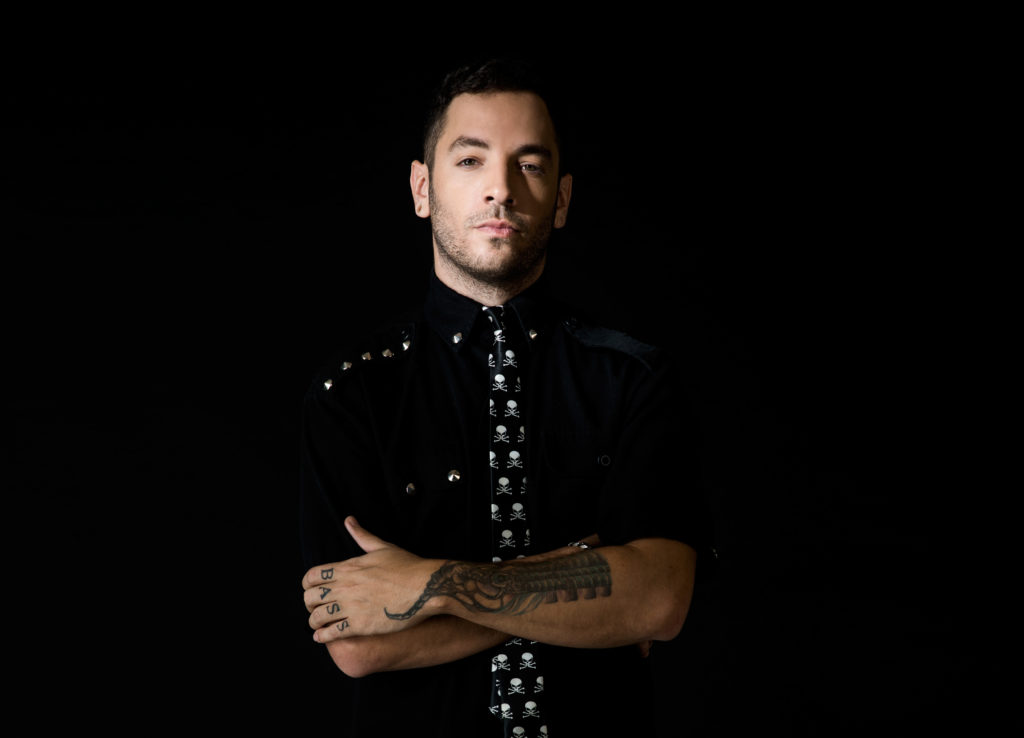 Then came ‘Jolly Roger’ with Ace Ventura complete with multiple remix versions and soon after that his seminal debut album, ‘Human Design.’

One could say ‘the rest is history,’ as his impact on the psy scene was substantial and every psy-prog artist wanted to be remixed by Reshef.

But while some successful artists may be inclined to repeat the formula, something else was brewing in the mind of this accomplished music producer; a return to the source and the music that influenced him in his early days.

The result is a compelling journey in the form of ‘ORIGIN,’ a brand-new album containing eight tracks, some over 10-minutes long, as he delves into the art of psychedelic hypnosis.

If one looks at your musical output after your debut Captain Hook album, Human Design, which track, after the album, would you say first signaled your move toward the more hypnotic style you’re now producing?

‘Call and response’ is a big part of dance music to keep the listener engaged. But it has been taken to extremes in the past few years, especially in EDM and progressive psy with massive builds and drops being the easiest way to get a crowd reaction. I find people dance differently when the music is more of a journey with less breaks and drops but more hypnotic. Do you find the same and what is the appeal of this for you as an artist, since it is always enjoyable as a DJ to see people ‘lose it’ for a few seconds on the floor? 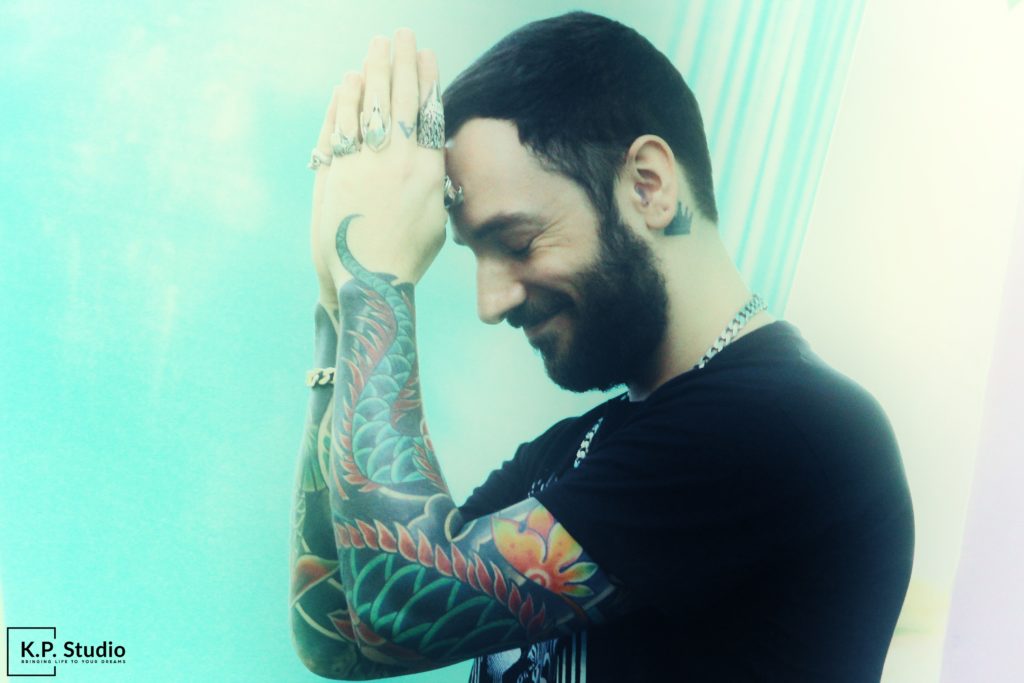 Captain Hook:  Yes, I agree with what you’ve said.

And if I go with your description then I would say that as a DJ it is most enjoyable for me to see people (including the DJ) ‘find it’ as part of a process that develops along the whole set. I aim at a more meditative experience that involves a real journey and a story. I want all present to go through a real trance experience.

It is a brave, yet admirable, decision to ‘return to the source’ of your inspiration from when you grew up on psytrance. The Scandinavian progressive sound you refer to on your description of ‘Time and Space’ was ground-breaking when it first came out. Looking back, which artists from that era still stand the test of time, today?

Captain Hook: For me it does not feel particularly brave. 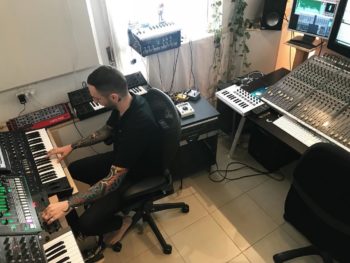 I always try to be deeply connected to what I am creating, and this is what I was connected to – trance music.

I wanted to write an album that will share with the listener this feeling. It’s true that I found that feeling to an extent in my first experiences with Psytrance.

Today I still listen to X-Dream and Atmos’ music from that time, and it still sounds relevant and inspiring.

‘Deep into Nature’ is your longest track on the album at a massive 14 minutes, although ‘Time & Space’ is also a hefty 12min 46 secs long. Those are almost twice the length of an average psy track. Again, you’re completely breaking convention; tell us more about the longest cut on the album and did you ever consider cutting it? 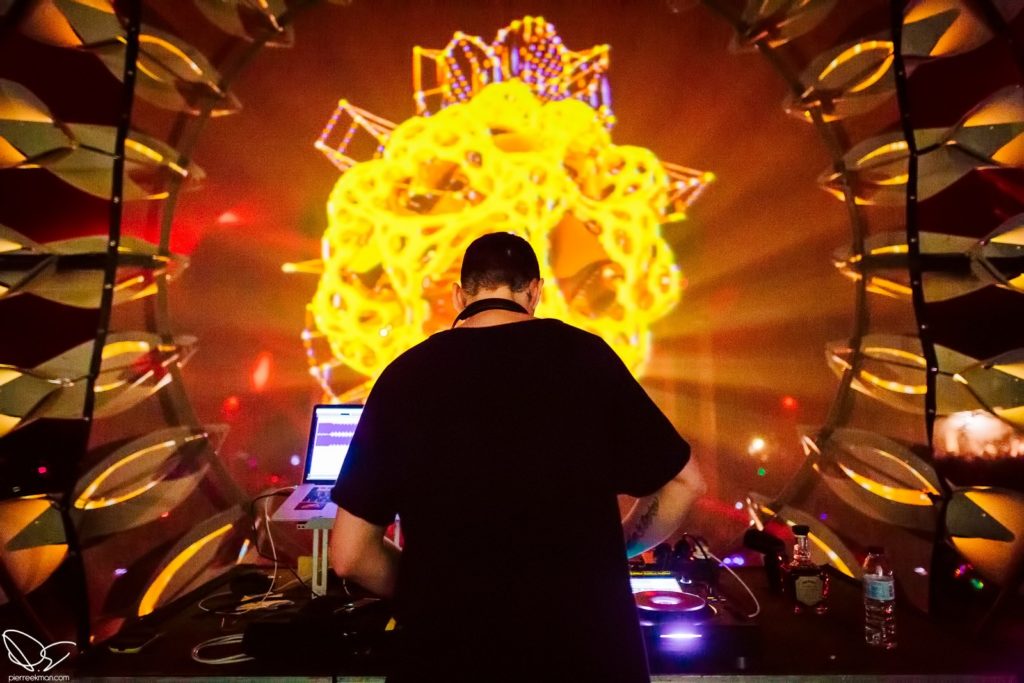 Captain Hook: It is a tribal hypnotic trance journey.

It actually got me going for the classic Goa sound in some of the main leads, followed by a deep soft beat.

At some point I’d lost track of time and let go of inhibitions completely, I’ve recorded layers and pads which combined into one entity of a 14-minutes track. I feel this track is my personal favourite at this point of time.

We really wanted to create a full sensory experience and one that is more engaging than a click and listen.”

Many producers opt for EPs and single tracks, since it’s quicker to get these out. An album is a BIG undertaking, by comparison. How important is your new album, ORIGIN, to you as an artist from a creative perspective? 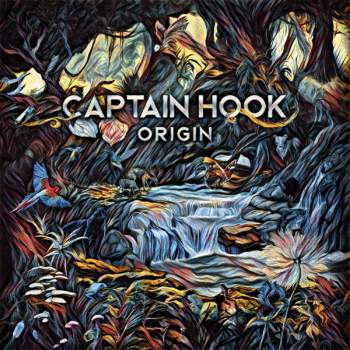 Captain Hook: An album is a musical creation that means a lot more than a 6 to 8-minute hit track.

So, I guess it’s a question of how deep you are looking to go as a listener.

An album should be a musical journey. And creating “Origin” was a journey as well.

I believe that as an artist it is essential to be connected to your heart, to feel what it has to say. I felt my heart telling me in the past two years to connect to the roots of trance of which I grew up on.

This path has led me to find my inner child – his passion for music before he became a DJ/Producer; his desire to consume pure music without fear or expectation of what people are expecting him to create.

I’ve walked with this child together day after day into the studio, listening to his ideas, translating them into music created by a 35-year-old man.

Captain Hook: Each collaboration is a bit of a different story.

‘Frankie’s Wish’ I wrote with the Lish duo. We actually started the track a few years back and forgot about it at some point. I’ve deejayed the sketch at some festivals in unique moments and someone shot a video and uploaded it online. A year or two later that guy approached me in Copenhagen at a party and wished we finish it. I asked for his name: “Frankie”, he said. I told him we’ll finish the track and call it “Frankie’s Wish”. 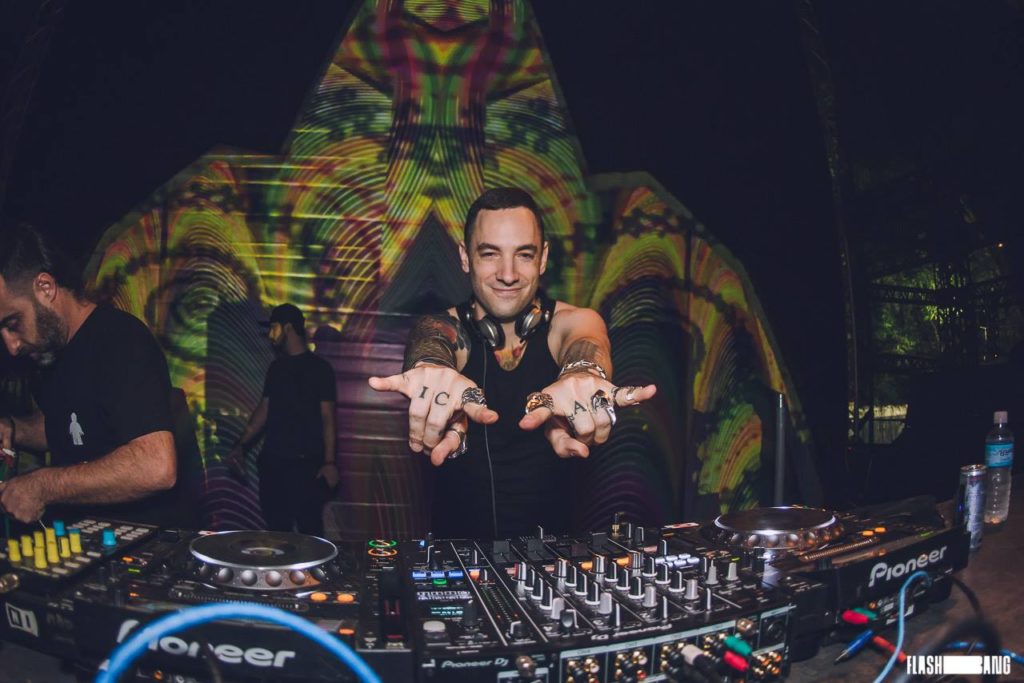 Ritmo is a mega talent and a close friend. ‘Infinity’ took us on a trip to old school psytrance and during the sessions each of us poured his heart into it; you can hear and feel each of us in different sequences of the track. We were blown away by the dialogue our sounds created.

‘The Ever Present Silent Observer’ is the second track I’ve written with the Aussie musician Peter Haze aka Tetrameth. The track was started in Byron Bay and we wrapped it up in Tel Aviv. It has one of the funkiest basslines I have ever recorded. Pete recorded a pick scratching the guitar strings, tribal drum-breaks and brought us the genius sample alongside some dark atmospheric pads. I remember actually sampling their bathroom trash-can as a gong hit at some point 😊

Not only can we look we look forward to your second album, you’ve also created an amazing collector’s item by releasing a limited number of vinyl copies (and CD) as well as some awesome merchandise.

It’s a decision that has proven a good one as I see the vinyl packages sold out on Pledge Music. Fortunately, one can still get it on Diggers Factory. Are you pleased with the response ahead of the final release day? 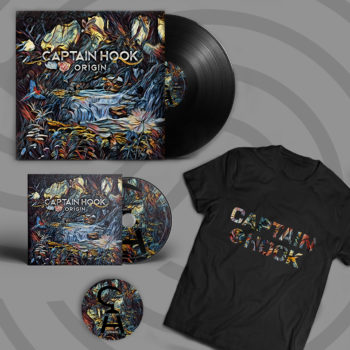 You can’t take such support from your listeners for granted at a time like this when music is just a click away.

We really wanted to create a full sensory experience and one that is more engaging than a click and listen.

It starts with the music of course, but also with how it is presented and experienced. There is amazing artwork created by the super-talented Ayelet Ish, and the vinyl, well, I started DJing on vinyl and vinyl gives a very different listening experience and more than that – when you open the 3-gatefold vinyl cover you’ll understand.

I hope people will enjoy the different experience.

How easy was it to convince your label, Iboga records, of your vision to create an album that essentially swims upstream compared to 90% of what is being released these days, especially in psy?

Captain Hook: Iboga Records are an amazing label. They totally believe in me and supported everything I have decided to do without thinking twice and offered their help and experience all along the process.

I consider myself lucky to have such people have my back. The same goes for my booking agency, FM Booking.

Once you create and record a sequence or a sound, it’s yours, it exists, you gave it life, it really happened”

The videos from your Psy-Fi performance this year shows a dancefloor totally absorbed in your ‘hypnosis.’ Most promo videos online show a break, build and then massive drop with the floor going crazy for 20 seconds…

Is it a ‘harder sell’ to promoters to understand that your music (and sets) are more about the journey than the 5 seconds of pleasure… do they understand it in places like Brazil?

Captain Hook: I’m not interested in ‘selling’ things to promoters.

I’m interested in what we all experience on the dancefloor; if it is meaningful people will want to experience more.

In this day and age when musicians have to take care of everything, they sometimes forget that your best ‘PR’ is your music and the musical experience.

That said, I am a DJ and while I have a message I want to convey, my craft is to find the right way to convey it. Different dancefloors sometimes require different approaches to the story.

An important aspect of your creative process has also been to work primarily with outboard gear and record in the parts; so, ORIGIN is more than just a presentation of music influenced by a bygone era, you actually created it closer to how music was made back then as well. Aside from the fun factor of tweaking knobs on synths, what’s the biggest benefit of this process? 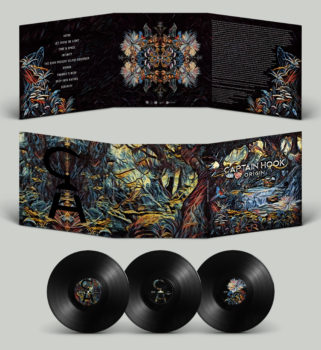 Captain Hook: Not being able to save presets 😊

What you create and record in the present moment is what you will have in your track; once you understand that, you discover a whole new world of being.

Once you create and record a sequence or a sound, it’s yours, it exists, you gave it life, it really happened 😊

It’s a signature one can’t reverse, unless you really understand what you’re doing, and can create it all over again, but still it will never sound identical, like saving a preset, and for that I’m grateful.

This creation process helped me to be fully present in the now.

As you’ve progressed deeper into your hypnotic, techno-infused style, which, for fans that have followed you for a while will know, is a process that has developed over the years; what has been the most satisfying part of the journey back to your roots?

Captain Hook: Being able to understand what it is I’m searching for. Actually, getting there, to be able to apply and create what I understood. This revelation connected everything.

THE MAKING OF ‘ORIGIN’