… in the past a psy party would scare your average person away because it was music for misfits at worst and an acquired taste at best. Now anybody can go to a psy party and hear “psy” remixes with a Nickelback college rock vocal over the top. WTF! Less of that easy to swallow commercial rubbish and more proper boundary pushing music please!” 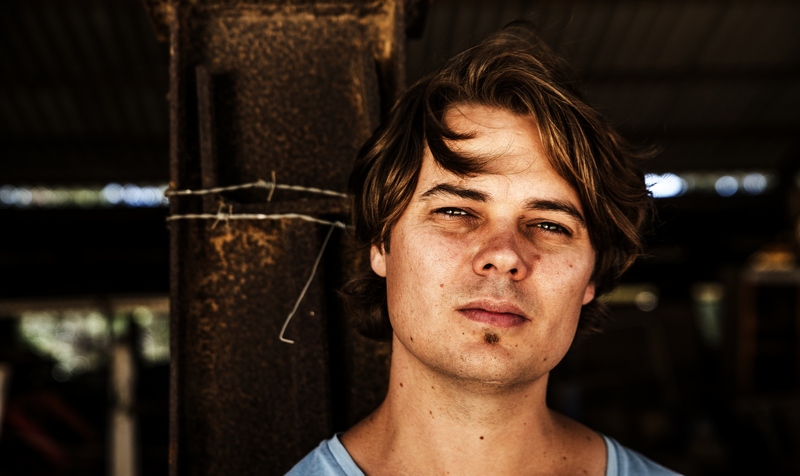 Broken Toy talks Earthdance and his retro two hour live set he plans to deliver on Sunday, 21 September ’14. A stalwart of the South African psy-scene and in fact an accomplished and well known performer/producer even outside of psytrance, James Copeland is an example to anybody looking to forge a career in music. He is dedicated and focused, yet realistic about both managing his career and the music he makes, always considering the industry carefully and then pouncing with new ideas that harbour his trademark funky and somewhat quirky style.

Never short of an opinion and always keen to offer some thoughtful advice [including some cool tutorials for IDM Mag], I chatted to Jimmy about his planned Broken Toy retro set, his thoughts on the future of psytrance in Cape Town and how to manage a careers as a producer…

You’ll be doing a special Broken Toy set at Earthdance this year. Tell us briefly what it’s all about…

Broken Toy: Well i`m punting it as the  Tenth anniversary of Broken Toy ( #tenyearsoftoy !) and it was initially going to be a collection of classic tracks remixed by other artists. That has taken far too long to get together and we`re actually about 2 years delayed. It’s actually 12 years of toy already but it doesn’t have as nice a ring to it does it?

At this stage, quite a few remixes have been done, but I took on the task of reworking most of the tracks myself and I’ll be presenting them all as a nicely polished retrospective 2 hour set at Earthdance.

Aha so your set will be a phat 2 hours and will cover your entire collection of Broken Toy stompers. No Sad Paradise for this one?

Broken Toy: I did toy [pun intended? Ed] with the idea of going completely retro and playing the old stuff as it is, but I have to be honest – my production back in 2003 sucked! Maybe I knew how to write a tune, so I’ll keep the melodies and ideas intact, but they needed a bit of an update. Everything will be fat. As for Sad Paradise, there are a few old BT classics that have had the SP treatment, so I’ll be dropping some of them in there.

Do you remember how, when or where you were when you first discovered psytrance?

Broken Toy: The first time psytrance made sense to me I believe I found myself on some strange astral plane with a Playstation control with buttons stretching onwards to infinity. Tiny fingers were darting out of the darkness hitting the controls triggering minute increments of body movement against my will. Hours later I discovered others called this dancing.

Safe to say after that I was mildly intrigued in the possibilities of this music.

You speak about the production of your older tracks not being up to scratch by today’s standards but even back then your production was lauded as being very good. How much easier is it with today’s plugins and DAWs to get a phat, quality sound?

Broken Toy: Well, I’d have to say that myself and others from the same era were amongst the first to benefit from advances in music technology, but at least we had one foot in the oldskool so could appreciate it too. I went the original route of buying analog synth hardware, which cost a fortune and it seemed like the road to a proper studio was going to be long, treacherous and fuckin’ expensive! Then the next thing I knew, Cubase had a teeny little synth called Neon in it from some strange technology they were calling “VST.” I remember checking it out and thinking it was pretty rubbish, but pretty soon afterwards it was very apparent how this was going to revolutionise everything. Fast-forward to now and its all “inside the box.”

Wow so you were part of the pre-VST era even. That IS impressive. Oldskool DJs are always complaining about how easy it is to DJ now with technology. Do you producers also have similar gripes about nu-skool producers?

Broken Toy: No – production is a tough ever-evolving game which relies on technology advancing. Nothing to bitch about there unless you aren’t adapting to it. There is plenty to bitch about regarding the standard of actual MUSIC being written with the new tools though.

But then again, you could complain about that back in the day when you might`ve just had rich folk who could afford the best hardware but couldn’t stitch a tune together to save their lives; plenty of that there too I`m sure. But if we`re going to talk about bitching, I think we`re in the next era of evolution already. The next VST which will come out, you`ll be able to automate live tweets and status updates to make your music sound better. [Laughs]

Speaking of money – the psy scene has its fair share of ‘Trustafarians,’ – you have a young family and have only ever had one job since school – making music. Do you ever, in your lower moments, ever find yourself going – what if I can’t earn a living making music anymore?

Broken Toy: To be honest, I had those kind of thoughts about 5 years ago. I was constantly worried about the future of my career in music. So I branched out, kept myself entertained, made a few investments in other directions and weathered a whole bunch of musical storms since then.

Any job has its ups and downs and life could throw you a curveball no matter what industry you`re in, so I don’t even stress about it at all anymore.

Nice; spoken like a true veteran. So Earthdance this year. You’ve been a regular fixture on their line-ups though the years and you’ve also started to release on Nano records. Say something nice about Earthdance Cape Town (I can think of plenty)…

Broken Toy: The first thing that comes to mind  is that the people who run Earthdance ( Regan, Monique and the rest of the crew) do the party from exactly the right place. They live these ideals – they don’t just market them for the event, and that filters through to every aspect of the production. Not everybody goes to Earthdance to party for a cause, but that doesn’t matter because the people at the top are making sure that the event is used for good no matter what. Respect!

You’ve got a couple of Cape Town producers coming over for a session soon. I know they’re also friends of yours. Do you get to hear much music from young producers in Cape Town? Have you heard any new stuff from anybody that excites you…?

Broken Toy: Yes I have! No disrespect to anybody out there but for the last few years Cape Town had a reputation for only making fast, heavy, dark banging stuff. I was waiting for ages for new guys to come along with a different angle, and I can see now that the psy flavour has changed to more prog style beats in Cape Town. It’s capturing the attention of a few new generation guys and is sounding good. Rough, but the roughness will smooth over with a few tips and tricks and we`ll have a fresh batch of producers taking on the world.

And of course the guys coming to visit now are legends in their own right. Silo And Humerous are finally getting some much deserved recognition for their own productions and it’s a beautiful thing. These guys have stuck to their guns way before prog was cool.

So for them, they fully deserve this time to shine. Can’t wait to see their first live set at ED!

Nice one. And on that note…. one final 2-part question…

Broken Toy: I`d like to see more people support strange interesting music that takes chances and breaks the mould. Everything became very formulaic over the last decade and I think lazy producers can rely on getting reactions from the dancefloor by following the same old patterns. I’m sure there is plenty of weird music out there challenging the cookie cutter shit, but not enough people support it for it to be heard. The result is we get our faces filled with bland rubbish. Psy trance used to be on the cutting edge but lately it’s too reliant on dancefloor formulas that work and getting a nod from the commercial scene.

I was having a conversation with a friend recently where we concluded that in the past a psy party would scare your average person away because it was music for misfits at worst and an acquired taste at best. Now anybody can go to a psy party and hear “psy” remixes with a Nickelback college rock vocal over the top. WTF! Less of that easy to swallow commercial rubbish and more proper boundary pushing music please!

Catch Broken Toy doing a 2 hour Live retro set at Earthdance on Sunday morning from 11 AM to 1 PM.