Mr Meyer as we know him from his morning show on Bush Radio (89.5FM) called The Breakfast Rush has only been on air for two years; no mean feat considering the impact he has had on the regional airwaves.

… Most of my interaction with my audience happens on Friday because there is no South African FM radio station that has a show completely dedicated to psytrance and the psytrance scene.” 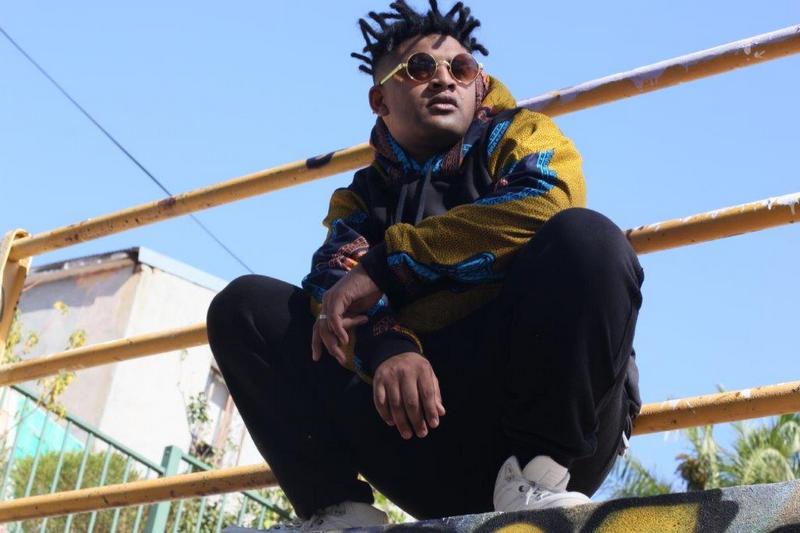 What I like about Yuzriq ‘Mr Meyer’ is that he is more than just a radio host – he’s a supporter of all things local and endeavours to discover new talent and happenings in the arts field all the time.

He hosts a regular Hip Hop segment every Tuesday called ‘Hip Hop Tuesday’, has just introduced a new Wednesday segment called ‘Wacky Wednesday’ which is a callout to local comedians to come strut their stuff on air and keep morning listeners entertained, and he regularly features local events and cultural initiatives during his morning beat.

But to date his most popular morning segment – and if this interview is anything to go by, the one that seems to excite him the most – is his Friday Psyday show which features 2 DJs or producers from the massive Cape Town psytrance scene on air for a 30 minute mix each and a bit of an interview. It has also become a platform for local event organisers to promote their parties.

You studied journalism at CPUT in Bellville. Was radio or television always your goal?

Mr Meyer: I’ve always wanted to be in media, or at least be involved in media, but when studying journalism, I actually had no idea I would be exposed to television and radio as well.

It wasn’t my initial plan to go down this path, but life can be funny like that; one morning you just wake up and find you’ve fallen into a job that just suits you .

In what way do you think your studies helped you realise your career path?

Mr Meyer: My studies were great in the sense that it made me more worldly wise and it gave me the first hand experience of television and radio training. 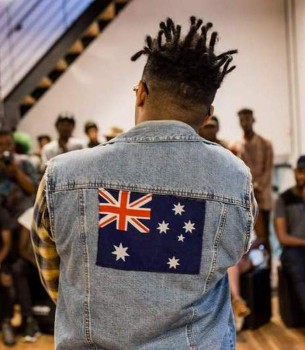 If I had not studied I would have not known half the things that I was exposed to when I did actually get on air.

Did you have any previous experience when you landed The Breakfast Rush gig?

Mr Meyer: In all honesty I was fresh out of varsity with the dilemma of what exactly I was going to do with my qualification. I first got a gig as a freelance feature writer for a local magazine called Treasure.

So I had no broadcasting experience besides the little I got to experience at Varsity.

But I think what made me stand out was the fact that I was a confident speaker and I had a decent amount of knowledge of the world around me and that worked in my favour scoring the radio gig.

On different days of the week you tend to focus on different genres, but ‘Friday Psyday’ seems to be the one that really gets people [and you] excited. You’ve pretty much had every big local name come in and play as well as 1 or 2 internationals…

How does ‘Friday Psyday’ compare with other days of the week in terms of audience interaction?

Mr Meyer: To be honest most of my interaction with my audience happens on Friday because there is no South African FM radio station that has a show completely dedicated to psytrance and the psytrance scene.

So I’m literally able to penetrate a market that nobody else on FM radio in South African even bothers to give time to, thus making it quite an exclusive show, hence the amazing interaction from all the psytrance fans, listeners and DJs.

When and where did you attend your first psytrance party?

Mr Meyer: The first party I attended was Ground Zero at Nekkies resort in 2013/2014 and since then I’ve gone to nearly every festival in Cape Town from Vortex, Alien Safari, Earthdance, The Collective, Bear Trap, Jungala, Psyology, Sprung, Organik… the list continues. 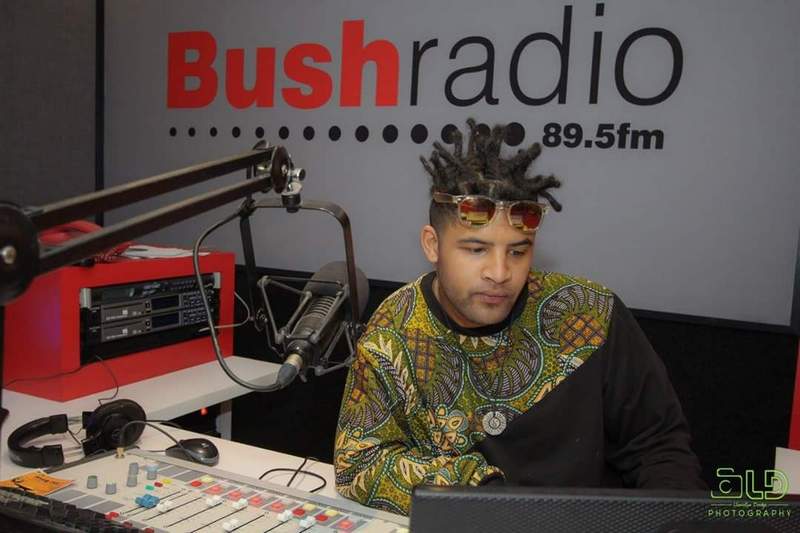 You also attended ULTRA Festival this year and seemed to really enjoy that. To someone who’d not been to either type of events before how would you describe both ULTRA and your average psytrance party; the similarities and the differences?

Mr Meyer: Ultra was great. I think those guys put a lot of work into their productions. The crowd is great, the sound is quality and people get true value for their money with all the big international names they get to see play live.

The lighting and special effects of the party just adds to a magical experience for any electro music lover.

Psytrance events are just as great but the big differences of course is the music. Psychedelic trance and electro are in no way similar. The trance scene is more of a culture and lifestyle coupled with really amazing music.

The similarities of course are the awesome crowds that come out, the great sound, and the great productions.

Psytrance promotes a lot of positive thinking, open-mindedness and also educates people on living in the moment and respecting nature and the world around you.

It still has its hippie roots, whereas electro festivals don’t really make mention of these things.

But all in all both are great.

How does your love for electronic music, partying and going to events like ULTRA, psy events etc sit with your Muslim faith, something you’ve acknowledged online to have potentially neglected in recent years?

The music and partying is part of my life experience.” 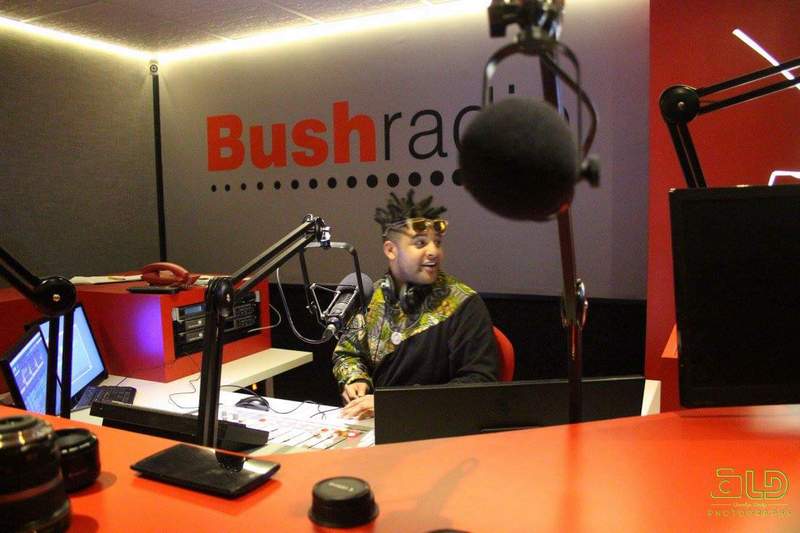 Mr Meyer: My parents are pretty open-minded; I’ve grown up in a mixed religion household. I’ve literally grown up experiencing life through Christianity, Hinduism, Islam, Judaism and even Atheism.

I’ve been pretty blessed to learn about more than just one specific religion so I’ve never closed my mind off to other ways of thinking from each respective religion.

So I was partying and practising different religions long before attending psychedelic trance and electro events.

I respect each religion still, but I’ve never based who I am as an individual on just religion.

My faith is my spiritual journey.

The music and partying is part of my life experience.

The psytrance scene has a large and reasonably multiracial community these days, although it has to be acknowledge that it is still predominantly white and mixed races that attend with a smattering of Indian, Asian and black Africans, by comparison. I am speaking specifically about Cape Town here. Do you have any thoughts on why white and coloureds have taken to events like Ultra and psy events so much but not black Africans? 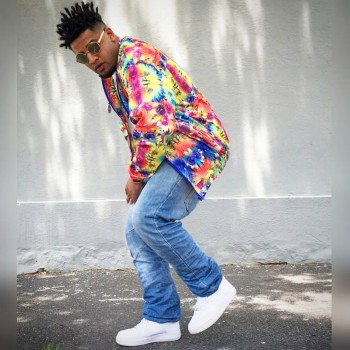 And I mean if we’ve seen the genesis of the psytrance scene it has pretty much been a “white” scene, because had you asked me 10 years ago if I was listening to psytrance I might have looked at you with a confused look and said “what the hell is that?”

My experiences speaking to psytrance promoters like Grant from Vortex & Colin from Alien Safari, also confirm that the scene in Cape Town was all white 22 years ago.

But with the music becoming popular again in a more commercial sense it has grown the numbers of mixed people joining the parties exponentially.

Mixed race folk just seem to have a natural affinity to the music. I can’t say what exactly draws them to it. But I agree it has grown a lot.

As for the lack of black people at the trance parties, well I can’t speak for any black person but from what I’ve seen and heard they just aren’t fans of the repetitive psychedelic music.

They have their own culture and own types of music they have grown accustomed to and psytrance is evidently not the sound they enjoy too much.

But that’s only speaking based on the few people I know.

What’s the nicest thing about working at Bush Radio? 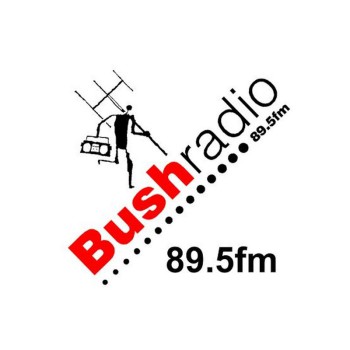 Mr Meyer: The nicest thing is meeting so many people. Meeting with all the musicians, artists, DJs, actors etc in the industry.

Being able to have conversations with people you’ve admired and people you’ve been a fan of, knowing them on a different level and forming a lasting relationship with them.

And what’s not so lekker?

Mr Meyer: I can’t say there’s anything that’s not so lekker I mean it’s a platform to connect with people, help people and also to learn and grow as an individual. What’s not to like?

I mean a lot of what I know now I would never have known had I not started working at Bush Radio.

Has ‘Friday Psyday’ lived up to your expectations in promoting a music scene you clearly love?

Mr Meyer: It definitely has. I mean the support is definitely there from the listeners and DJs alike.

People love the show and people want to be a part of it.

Fans have a chance to hear their favourite DJs’ and producers’ music on live radio.

Promoters have a chance to express their views on the scene and promote all upcoming parties and events.

So it’s pretty much right where I want it to be.

What’s next for Yuzriq Meyer?

I can’t exactly say where my journey will lead me, but I’m more than sure there is still a lot coming for Mr Meyer.