You are here: Home / Featured / Brazilian artist Earthspace chats ahead of Origin 2018

Matheus Nogueira, better known as Earthspace is becoming a major player in the global Psytrance scene. 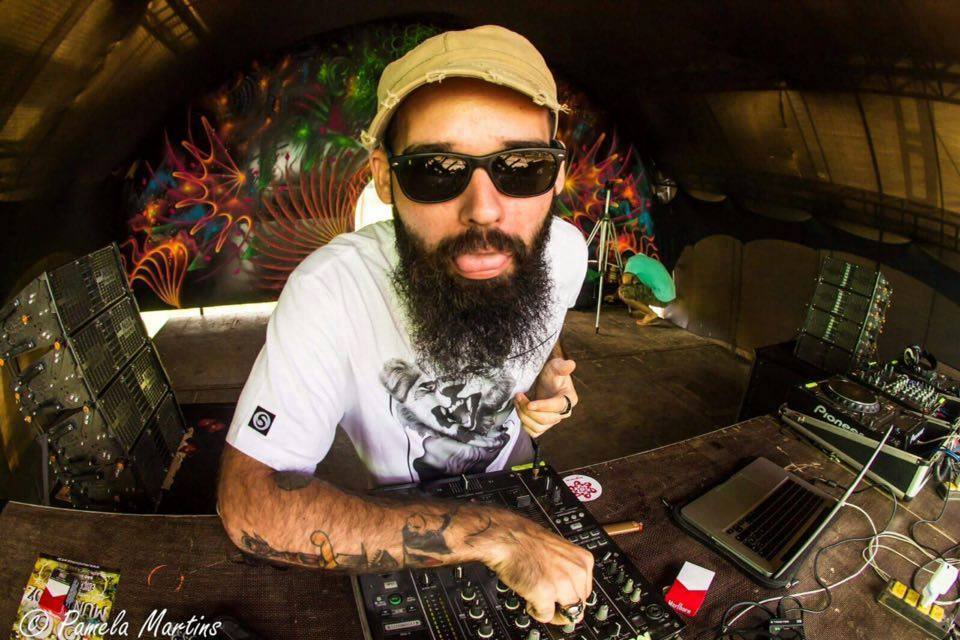 From delivering his debut album As Above So Below, to forming a duo act with Braincell called Melting Point, 2017 has been a phenomenal year for the enigmatic artist.

Get to know Earthspace ahead of his return to SA shores for Origin 2018 this coming weekend!

South Africa was by far one of the most impressive and beautiful countries that I had a chance to play.”

2017 was a massive year for you! You released your debut album, performed at some of the biggest events on the planet, including Ozora (again) and created an exciting new project called Melting Point to name a few milestones. If you had to choose, what stands out for you as the most significant thing from last year? 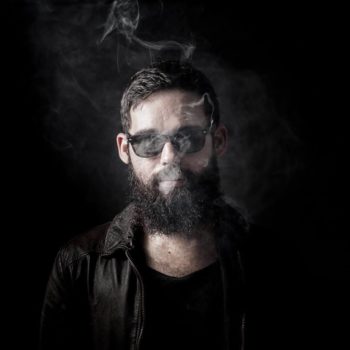 EARTHSPACE:  Hell yes 2017 was by far the most important year in my career, until now.

So many nice things happened in 365 days and I think that my album was the most significant one for me. I was working on that album for a year and a half and I remember that when I finished and got all the mastered tracks, art cover I had a lot of beautiful feelings happening inside of my heart.

Having released your first track, Kind of Evolution back in 2011, how would you say your sound has changed since then?

EARTHSPACE:  Like the name says it has been a “kind of evolution” and I´m very grateful for all these changes.

It reflects directly in my life, as I grew up as an adult and became more mature with not only music, but with my life in general.

In the beginning everything was experimentations and I was discovering a world full of possibilities and paths and I think that since then, I was lucky to choose the right paths that allowed me to meet so many beautiful people that have influenced me a lot. Also, over the years, playing more around the globe I’ve started to understand how the dancefloor works and how I can make my music fit and how I can be connected with everyone on the dancefloor. 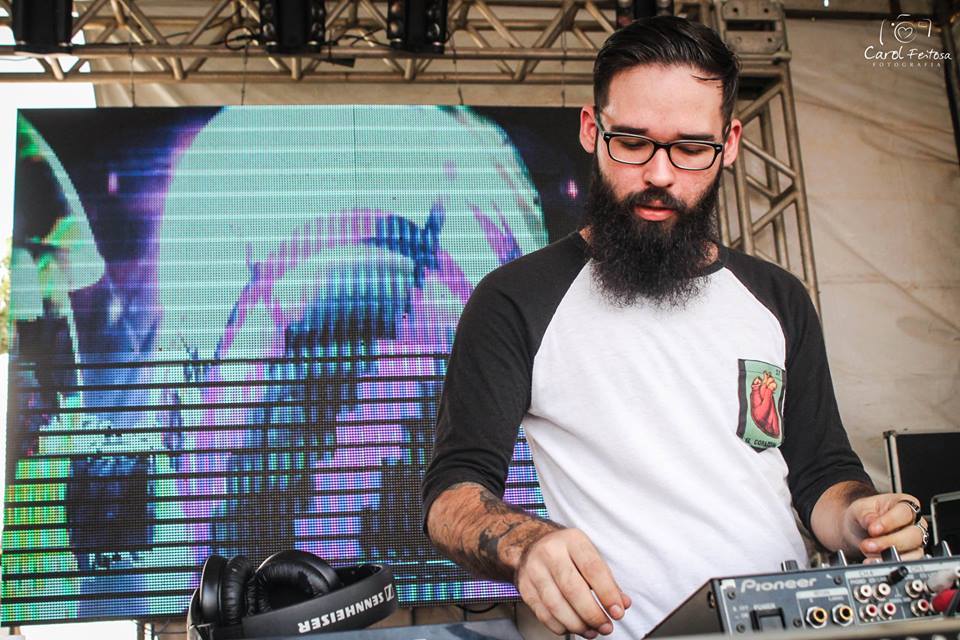 …what happens above you is the same that happens below you; in other words you are entirely responsible for your choices, thoughts and life.”

Your debut album, As Above So Below… I mean come on! What a release! It’s one of our favourite albums of the year. It features some amazing original tracks as well as banging collabs. For me, the name alone boasts an extremely otherworldly feel.

a) Where did you draw inspiration from? 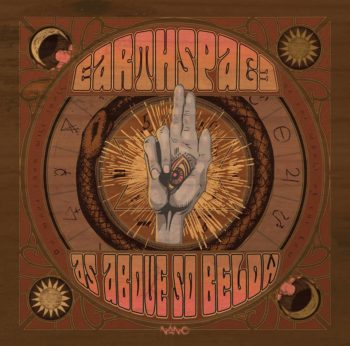 EARTHSPACE: Thank you for these lovely words about the album.

So, the whole process in this album was magical. I’ve been trying for a long while to start something like a whole piece, but it was hard. But travelling a lot here in Brazil I started to feel the necessity to write something purely psychedelic.

I wanted to do something that could be pure for those on the dancefloor or at home or hanging with their friends. And I think that nowadays, we have so much information, so many things happening at the same time that it is hard for some people to stop for one hour and listen to an entire album from the beginning to the end as it was in the past.

So, I tried to create something that could be cool for those who wanted to do that, something that they could say to their friends “hey, have you listened to the Earthspace album? There is a story from the beginning to the end”.

b) How did you come up with the album title?

EARTHSPACE: I started taking an interest in all things mystical with my girlfriend years ago, and one of the most impressive concepts that I found in the books that I was reading was “As Above, So Below”.

Basically, it says that what happens above you is the same that happens below you; in other words you are entirely responsible for your choices, thoughts and life.

That´s the law of attraction.

And I realized that my album was exactly that, I was trying to deliver something psychedelic for everyone and in some way when I started to play, I realised that for one hour I am responsible for people’s feelings, sensations and experiences and I want them to have a good moment like me.

When you got the offer to join Nano Records, what was your initial reaction and how has it been collaborating with some of the biggest names on the label? 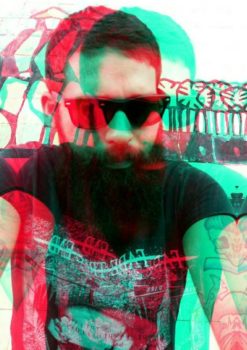 It was an amazing feeling and something that makes everything worthwhile.

I started making music in 2004, and after 11 years, getting the invitation to join my favourite label was something that I will never forget.

I remember that when I was invited a whole movie of my career passed played out in my mind. It´s a huge pleasure to work with Regan, Monique and all the family. And that´s how I feel with them, a family member, everyone is friends and you notice that when we all are at a festival. It´s something beautiful to see!

Earthdance in 2015 was simply mind blowing. The location, decoration, everything was super special.”

Ozora Festival two years in a row! Last year you got the opportunity to perform both an Earthspace set as well as a set with your duo act with Braincell, called Melting Point. 3 hours of pure psychedelic music.

1. Was it the first major festival the two of you performed at and how was it performing side by side with Ralph at such a massive festival? 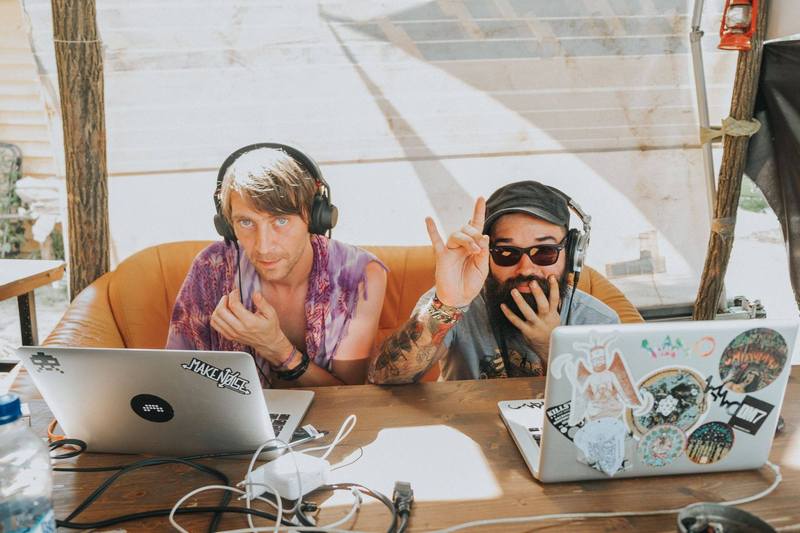 EARTHSPACE: Yes, Ozora Festival was the festival that we performed Melting Point for the very first time and, WOW! It´s still hard to believe that debuted at one of my favourite places in the world!

And yes, it was 3 hours of pure madness.

I remember that in 2016 when I finished playing I was thinking to myself “Shit, I would like to play more and more and more.”

And it happened in 2017; it was nice to finish my Earthspace set and know that I had another hour to play! Performing side by side with Ralph was amazing, is amazing.

He is one of my heroes in the psytrance scene. Once here in Fortaleza (my hometown) we were talking about the earlier days of Rastalliens, and he was saying something like “ah, back in 90´s I was making music already” come on, in ‘96 I had only 6 years old, [laughs].

I feel honoured to have the chance to work with a brilliant guy like Ralph, and I am not talking only as a producer, but as friend.

2. Do you have an ‘Earthspace’ side and a ‘Melting Point’ side or do the two ‘melt’ into each other within the space of your mind? 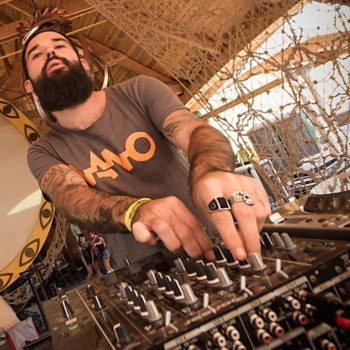 EARTHSPACE: Good question, I think that at the start of Melting Point basically both sides melted into each other. It´s hard in the beginning to make something 100% different from your original project.

But after a few tracks, we started to find our own way and characteristics for Melting Point.

Nowadays, I think that the Earthspace tracks are more “dancefloor” than 2 years ago; before my music was becoming very introspective and sometimes, too dark. And I think that Melting Point helped me to find a nice balance in the way that I make music for both projects. It´s really nice to see how things happen in the studio for both projects.

The new generation is more interested in Progressive Psytrance, but little by little we can notice that they also are open to more psychedelic music…”

2017 saw you gigging all over the show from your native country of Brazil to Hungary and even Australia. How would you say the party scene differs in the Northern hemisphere like Europe to the Southern Hemisphere like Oz, SA and South America? 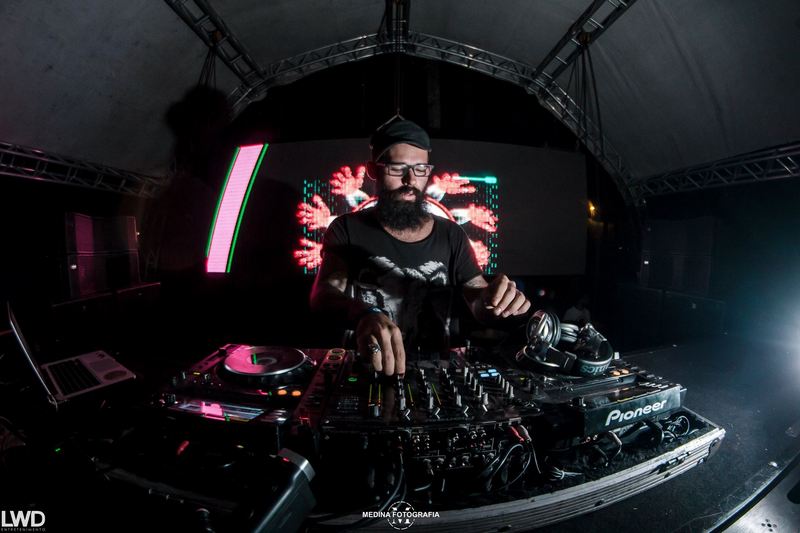 EARTHSPACE: It´s amazing to see all the differences around the psytrance scene over the world.

But in some way, everything is connected.

I think that we are in a nice moment for psytrance in general; here in Brazil for example, it´s growing faster and faster. The new generation is more interested in Progressive Psytrance, but little by little we can notice that they also are open to more psychedelic music, such as twilight, forest etc. But talking about the differences in Europe, SA and Oz, the people dance a bit more, I mean, they don´t jump so much as here in Brazil, but they try to find a connection between the music and their bodies and consciousness, listening to the music with eyes closed.

Here in Brazil, as I mentioned before, the exposure to psytrance has increased a lot, so the young generation jump more on the dancefloor, they expect breaks and more uplifting, euphoric moments.

And that´s not bad at all, I mean, my music is totally different from that kind of style and I think that very soon in the future this new young generation will start to embrace more and more the psychedelic music and it´s a pleasure for me, to deliver this kind of music for all of them.

Later this month you return to our shores for your highly anticipated performance at Origin Festival 2018! Big shoes to fill after you rocked our socks off at Earthdance 2015. What are your memories of South Africa from that debut performance? 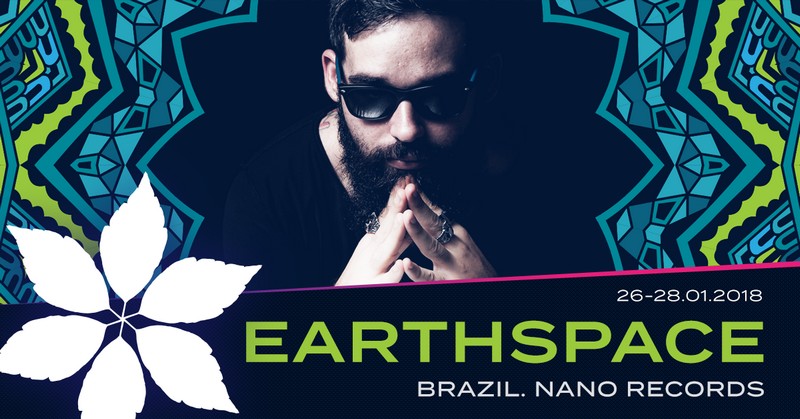 EARTHSPACE: South Africa was by far one of the most impressive and beautiful countries that I had a chance to play.

Earthdance in 2015 was simply mind blowing. The location, decoration, everything was super special. I remember that I had a chance in 2015 to play live + DJ set during the day time and sometimes I still catch myself think about that morning.

And I am so excited to come back now in January and see all the beautiful smiles and energy on the dancefloor again.

Bonus question: How long did it take you to grow your beard and what would it take to get you to shave it off? 😛

EARTHSPACE: Hahaha! So, I have my beard since 2012 and I really don´t know what would it take to get me to shave it.

But like I said earlier, I am always in a process of change, maybe I will arrive in Cape Town without beard, who knows…ha-ha.