You are here: Home / Featured / Atomizers asked ‘Is There a Future?’ before 2020 changed our lives [interview]

Atomizers asked ‘Is There a Future?’ before 2020 changed our lives [interview] 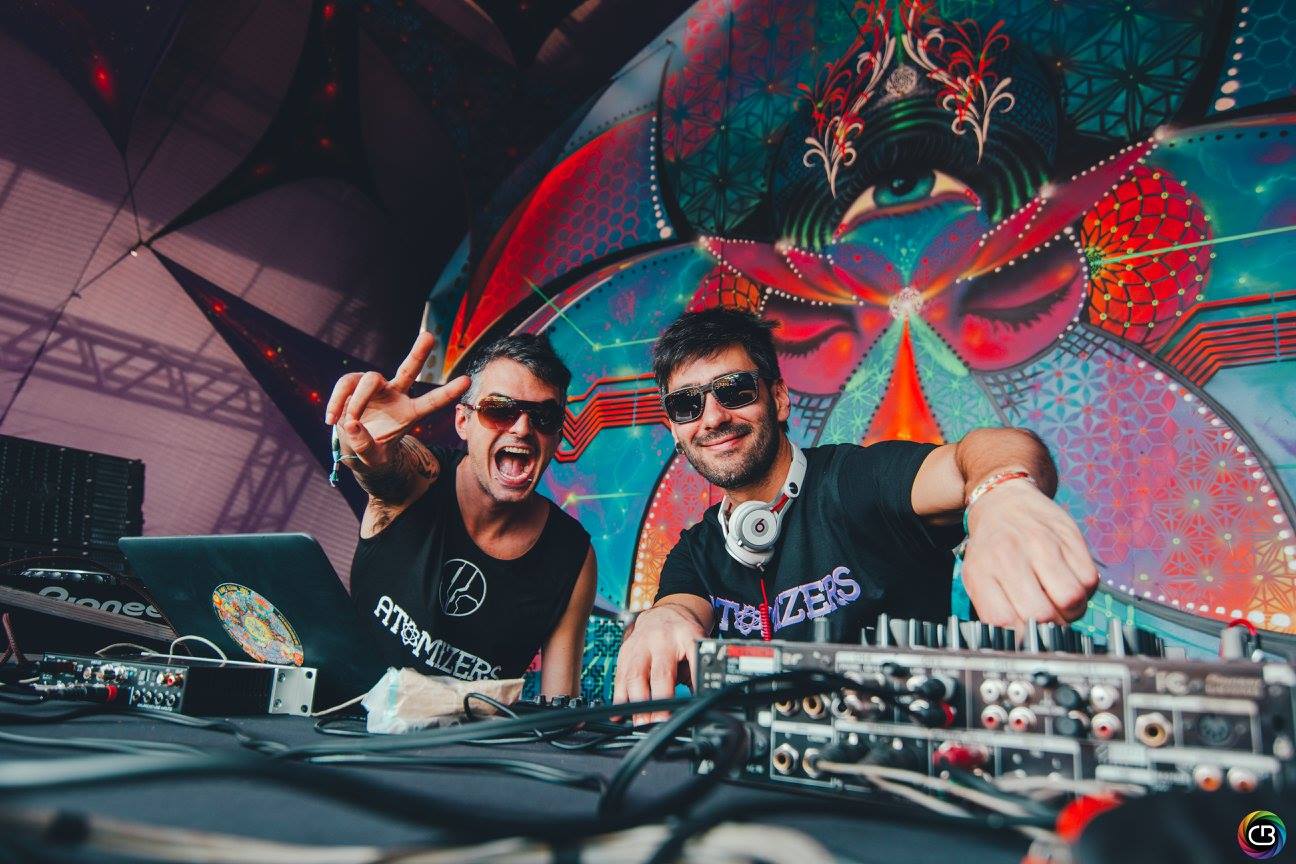 Considering the album title, the album artwork and the timing of the release one would assume that ‘Is There a Future?’ was a direct response to the crazy, unerring 2020 in which we’ve all found ourselves wondering what the future holds.

Strangely both title and artwork were decided upon last year making their latest release weirdly prophetic.

In fact Atomizers have been developing ‘Is There a Future?’ over the past two and a half years and by the beginning of 2020 it was 98% done, with just some fine tuning on mix and mastering still to be made.

The result is nine bangers designed to make the dust rise on the dancefloor which the duo are confident they will do, even though they have not even had the chance to test the final tracks at a party.

Your new album Is there a Future will be released on Iboga Records on 7 September. How long have you guys been working on it, start to finish?

We have been working on this new album for two years and a half, almost non-stop. 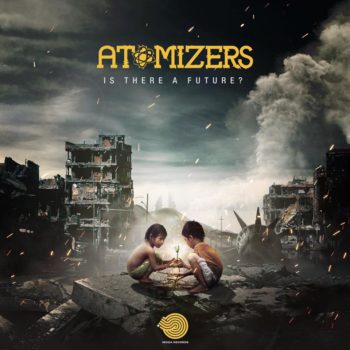 The album title is very appropriate considering the freaky year 2020 has turned out to be and the album cover is certainly not your typical looking psytrance artwork. Are both the title and cover a direct response to the global pandemic?

All the album’s art concept was thought to be a criticism of some weird rising politics and values that were taking place at the end of 2019 and before….

But even in our deepest imagination we could not imagine the scenario that unfolded in 2020.

Since you both have other psytrance music projects, do you consciously try and work differently, or create sounds and melodies you wouldn’t use in those other projects, or is the process of working together completely organic?

All the process of creation is totally organic, we get immersed in the studio together, drink some wine or gin, talk about different things, get inspired by each other’s experiences and creation starts to flow.

Of course, some ideas that we have individually initially can be thought for our side projects but sometimes they don’t fit their identities, so those can be recycled into this symbiotic process.

But it’s not a matter of conscious decision, it’s more like finding the right piece of the puzzle to fulfil the whole.

A question for each of you:

Dani – in what way would you say Atomizers differs to Skyfall?

It’s a duo project, so it triggers something different to when I make music alone. Sometimes a bit cheesier (depending on how much wine we’ve had) and sometimes darker. 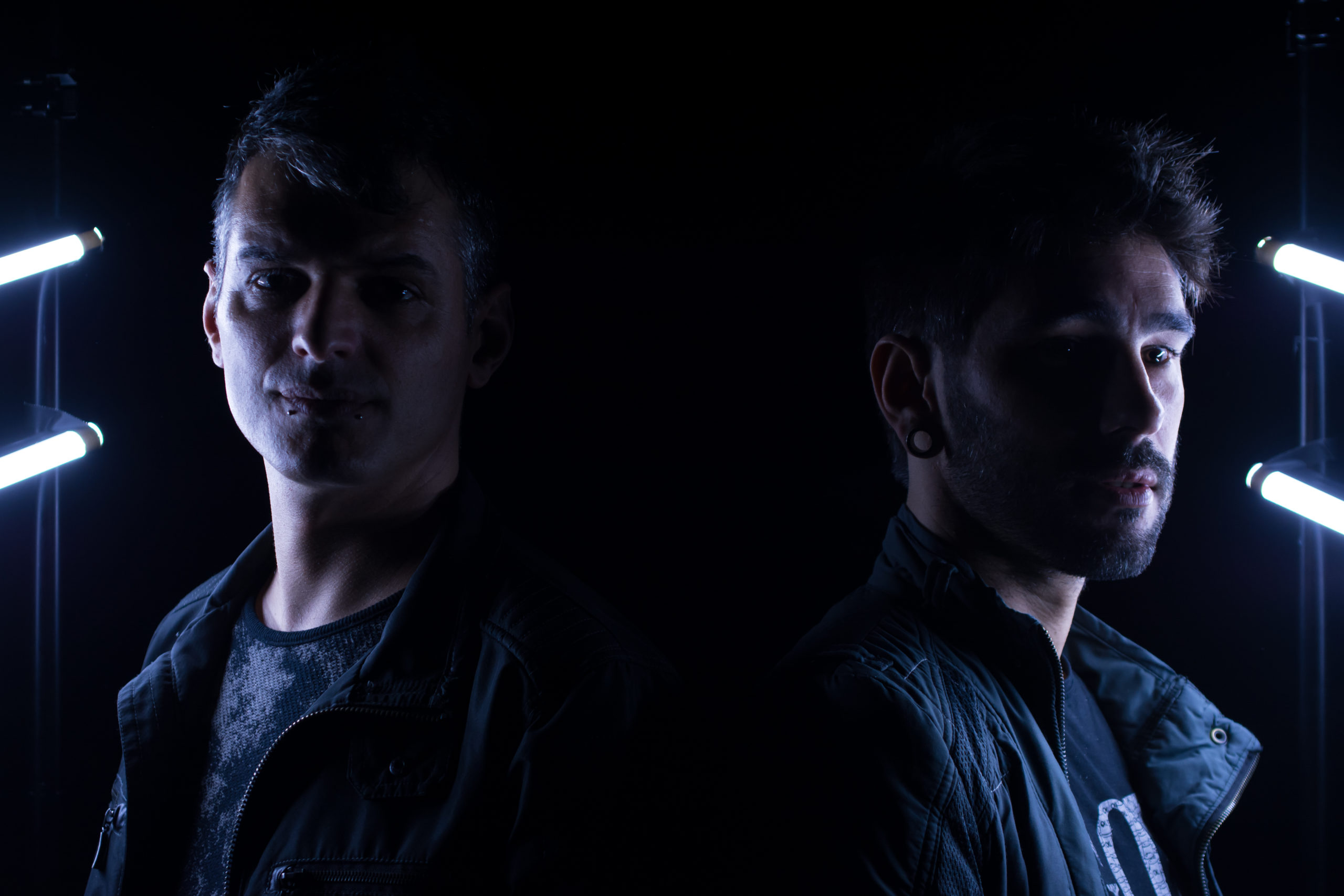 Ivan – same question; how does Atomizers sound different to Yestermorrow in your head?

Atomizers is a project with strong rhythms, grounded basslines and explosive build-ups…. I can say that it’s more rational and logical. Yestermorrow would be the opposite of it, focussed on harmonic fields triggered by emotions and intuition.

Nine bangers! No time for any downtempo or lower bpm tunes. 😊 Was this also a conscious decision? – to not deviate from what would be heard in an Atomizers’ set?

We both wanted just dance floor music to be honest; a full album to lift some dust 😉

‘Is There a Future?’ includes five collaborative tracks. When you collaborate with other artists is it usually done remotely (i.e. sending the parts to each other) or were most of these done in one studio together? 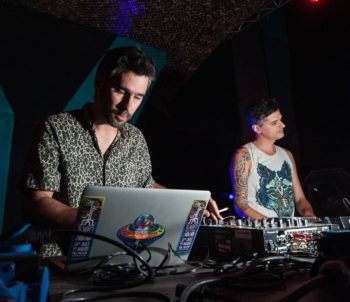 Most collabs began at festivals in back stages or social gatherings.

Then some artists came to spend a few days in Portugal, so we could make the structure of the tracks, then we finished the tunes remotely.

Other collabs were entirely remotely produced with hours of online meetings and digital brainstorms… so we could say it’s a hybrid process and really depended on the availability of those involved.

Considering the wine and gin consumption, I assume you guys work together in the studio on your tracks and not remotely?

We mostly get together as we live 30 minutes away from each other.

The roots of the tracks are usually made together in one studio, so we get together a few hours per week to design all the creative basics, then we fine tune these results remotely, especially the technical aspects.

Considering the fact that we’ve all been in lock down for so long are there any of the new tracks that have never been tested on a live dancefloor yet?

Yes, half of the tracks have not yet been tested!

Which is very weird for us…

Although most of the final versions of the tracks have not been tested on a live dance floor, we’re still hoping for epic results when they do get played out as we made them with so much love!

We’re all missing the chance to be united on the dancefloor again, deeply. 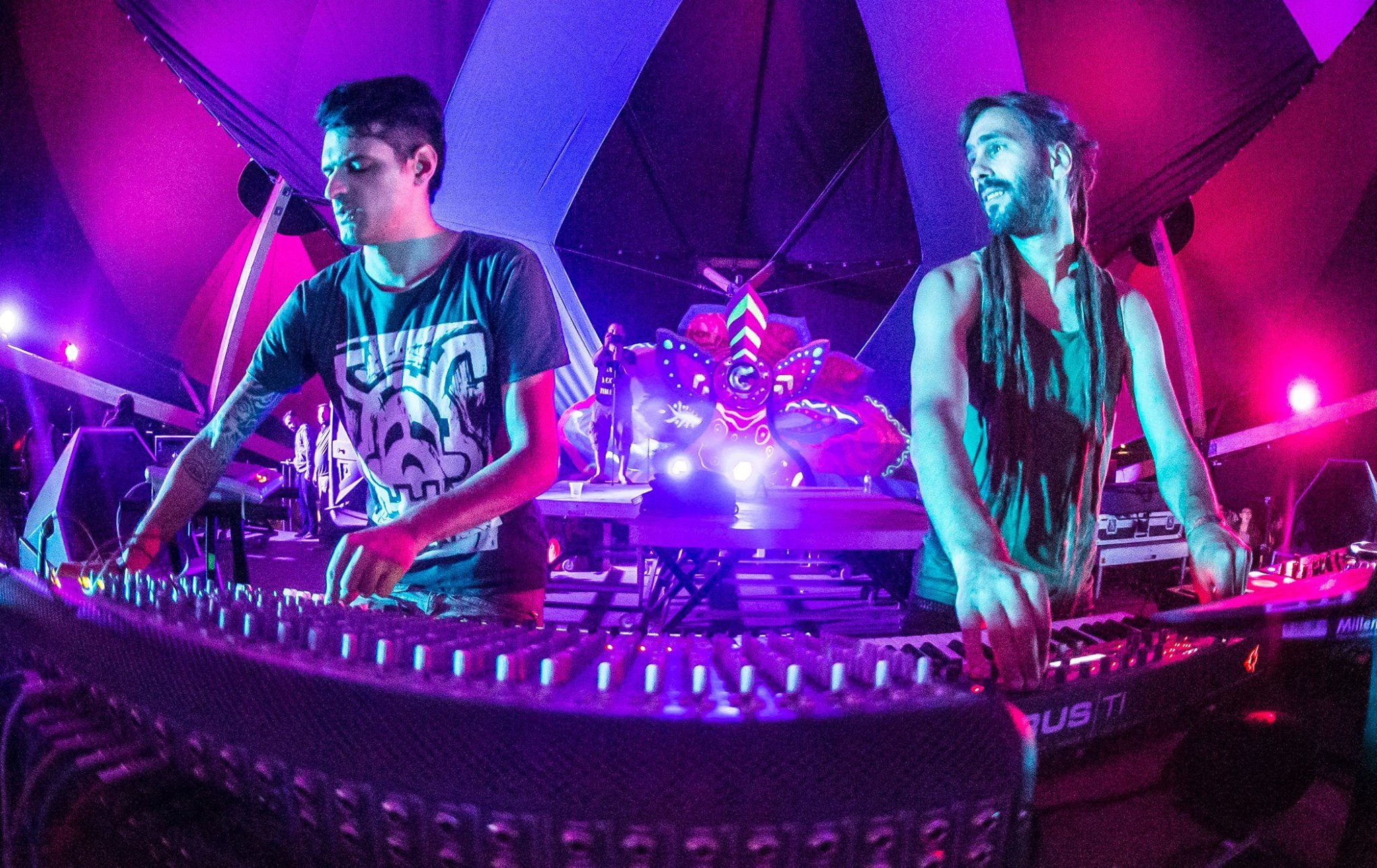 Before electronic music what were your main musical influences growing up?

Was psytrance your first love when discovering electronic music or were either of you techno, house or drum ‘n bass fans first?

Ivan: My first electronic music love genre was techno in the mid to late 90’s.

Do you still remember the moment when you decided “I want to make music like that” and which trance artist was your first early influence? 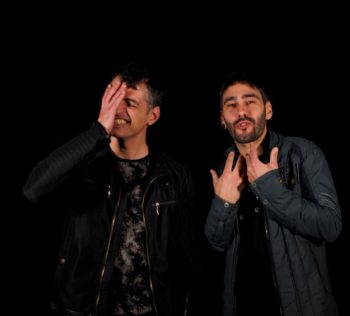 Dani: I remember like it was today –Boom Festival 98!I looked at the DJ and decided I wanted to be that guy on stage playing for a crowd. One of my first influences was Cydonia (Dino Psaras), GMS and Infected Mushroom.

Ivan: This moment is also still crystal clear in my mind and it was also at Boom Festival 98. This is one of the many reasons why this festival is so special for me. My main inspirations at that time were Hallucinogen, Infected Mushroom, Astral Projection, Lemurians…

4.Is there a Future: journey 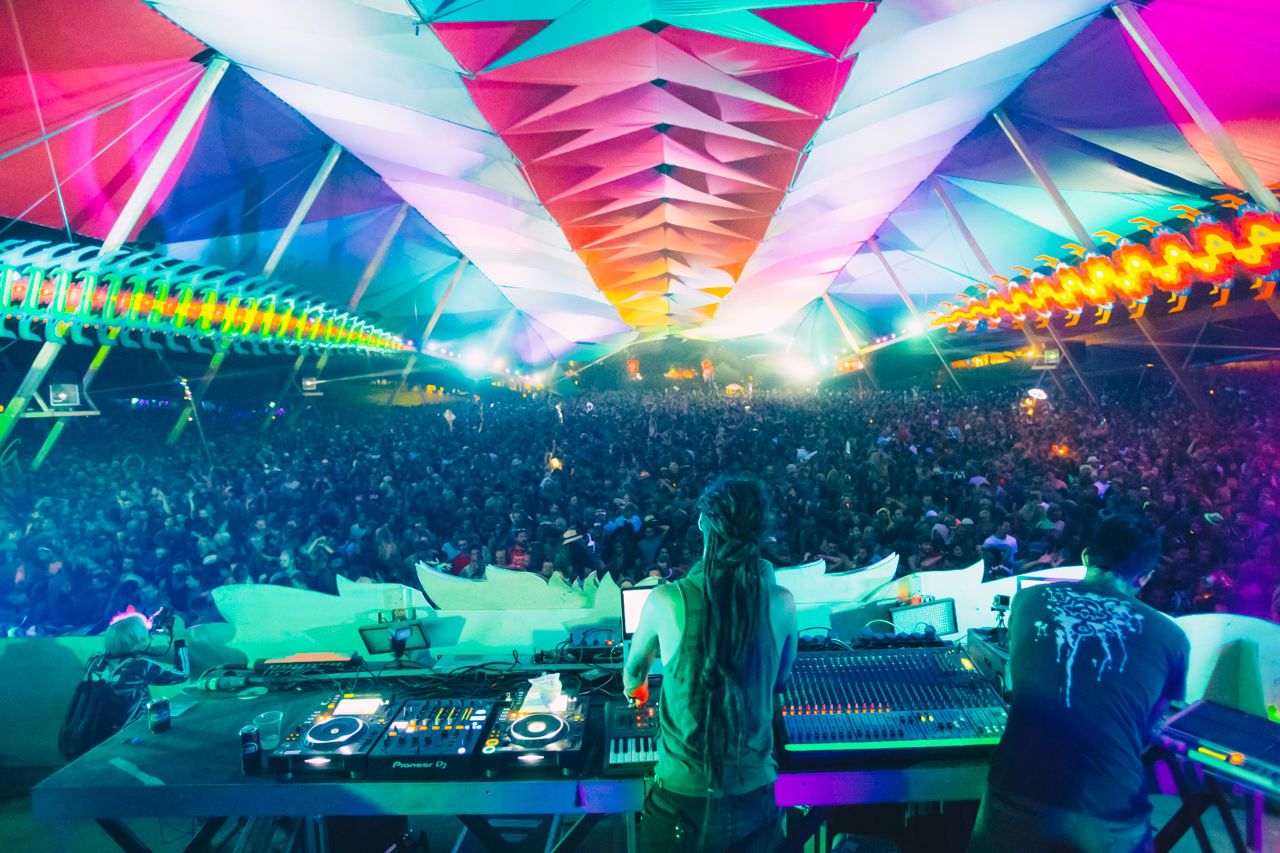 What you miss the most about no parties: being at one….

What you miss the most about parties: Being with friends and family and celebrating freedom and life!

Most used plugin or piece of gear for the album: Serum

Grab your copy of Atomizers Is There a Future