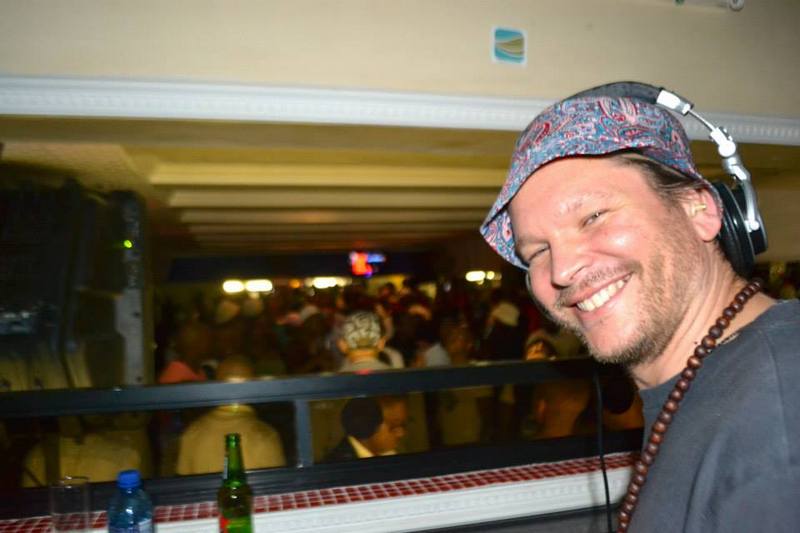 [South Africa] It’s the house capital and it’s amazing!
I think it’s the tempo, music content, and lyrics that touch the people there.”

With over two decades of releasing countless sublime Deep Soulful House gems, Andy Compton has established a reputation as a connoisseur of the finer things in house music.

His prolific work rate has seen him blessing the world with hundreds of EPs on his Peng label and seminal imprints like Ralf Gum’s GOGO Music, Chicago’s Large Music, Hed Kandi and numerous others.
In the early 2000s the Bristol based Deep House muso ventured onto South African shores, where he has since returned many times and established fruitful relationships via his Peng Africa imprint.

IDM Mag chats to the self proclaimed “crusader of the grooves” about his love affair with the South African House Music scene, how to conjure up musical bangers on a budget and being fondly referred to as Andile!

In another publication you have described your South Africa connection as having “been a gift from the universe!” How has this connection added value to you as a producer and as a person?

Andy Compton: The SA connection has helped me keep the music flowing, as any money I make in SA from gigs or sales get ploughed back into the music productions.
Learning the South African culture and travelling around has also helped me grow as a person!

When was your most recent visit and how did that go? 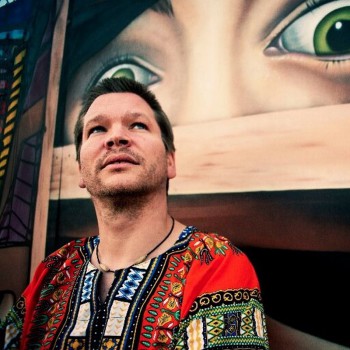 Andy Compton: April 2015, I had a fantastic trip, with some unforgettable gigs!
I mainly played in Pretoria, but also got to play in Cape Town at ERA, what a sound system they have there!

You have stated that you relish playing ekasi (in the township). What is it about the kasi vibe that energises you?

Andy Compton: The love for the music in the townships is huge!
I’m blessed to be invited into these people hoods, and love sharing my energy with them through my music!

I’ve been called Andile many times!”

Andy Compton: I’ve been working recently with Shamrock, Bongani and Mpho from Soweto, working toward an Andy Compton’s Sowetan Onesteps album, which is over halfway completed already!

What strengths and unique contributions would you say they brought to the mixing board?

Andy Compton: Bongani and Shamrock are great musicians, with a fresh young and raw vibe to their playing, and Mpho helps gel everything together with his organisational skills and sometimes spoken word.

German born house maestro Ralf Gum took the huge step of relocating to South Africa. What are your personal thoughts about making such a permanent move yourself?

Andy Compton: That was a great move for him!
I however have children in the UK; I also love it so much here in Bristol!
Where I am there’s a wealth of amazing musicians to collaborate with, and music styles from all over the world!
As my kids get older I might be able to come over for longer periods though. 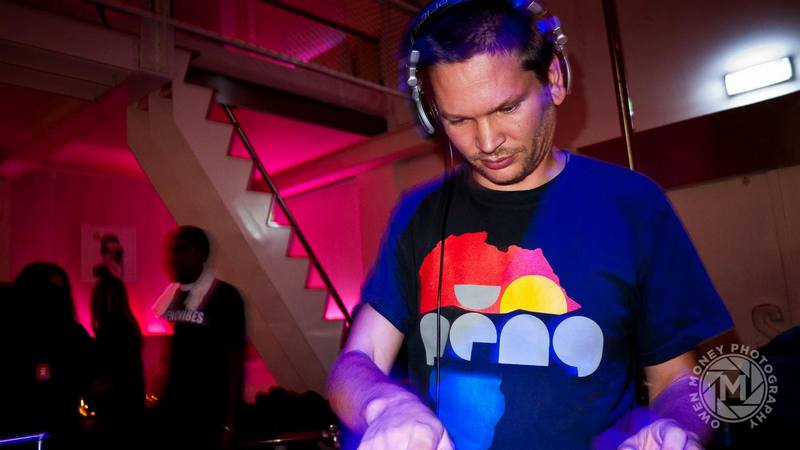 Since making SA his home Ralf Gum has been affectionately referred to as Ralf Gumede! If you don’t already have one, what South African name can we give you!?

Peng Africa (a sub-division of your Peng Record Label) has a stated mission to “bring the deep soulful sounds of Africa to the rest of the world”. How successful has the mission been to date?

Andy Compton: The mission has been very successful to date; we’ve exposed some fine producers like Kojo, Darque, Lele X and others to the international limelight.
Now however due to the challenging industry climate we’re being very picky about the releases as it’s getting hard to break even. 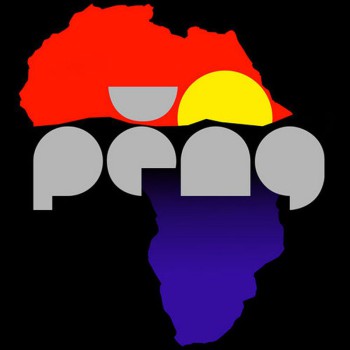 Your local business partner, Mthulisi Patrick manages the A&R, accounts, and works with the producers. How exactly did you guys meet?

Andy Compton: We met on Facebook I think! Like a lot of people…I know, I know! [Laughs]

South Africa is now regarded by many as the “House capital” of the world. What do you think it is about the country that has lead to House music finding a home here?

Andy Compton: I agree.
It’s the house capital, and it’s amazing!
I think it’s the tempo, music content, and lyrics that touch the people there.

Tell us a bit about your “crusader of the grooves” moniker?

Andy Compton: Well, I travel the word making, spreading my music, that’s my mission in life!

Your first release I believe was “Once Again” with The Rurals (Deep House ensemble founded by Andy and friends) back in 1999. If you could revisit and remake this record in 2015, what would you change about it?

Andy Compton: I wouldn’t change one thing on that song or any of them!
That was the first release on my label Peng in 1999, but my first release on vinyl was in 1995!
I’d done at least another 25 releases before Peng.

Some concerned industry players have raised concerns that the South African House market has reached saturation point given the ever-increasing amount of free tracks on the internet. How do you think a total “collapse” can be averted so that producers and artists can continue to generate decent incomes?

Andy Compton: I’m really not sure what’s going to happen.
We were releasing CD’s over there, but have recently decided not to anymore, as sales got so low.
I think this is because data is cheaper now, so people are going to share sites to get the music for free; this of course is going to start killing the scene if artists no longer get paid for their music. 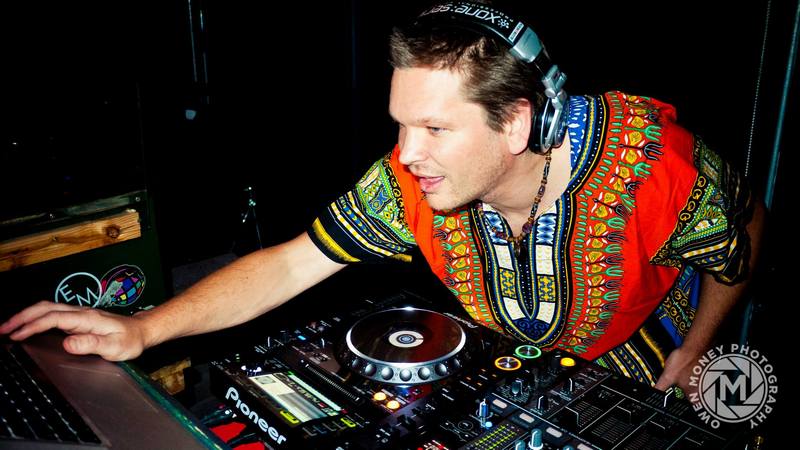 Your productions like Kholofelo have included ‘Afro jazzy’ elements such as the sax. What other elements of African music have you incorporated into your sound?

Andy Compton: My music has always had lots of live instruments in it, not necessarily African elements, as 90% of my musical influences comes from black American music (soul/jazz/funk) from the late 60’s and 70’s.
I however also love African music well!
Kholofelo was made after being exposed to the ‘Afro Deep’ sound, so that had an influence on the album as well.

A few years ago Deep House legend Glenn Underground caused an online stir when he berated the “low quality” of some of the House produced in South Africa. The truth however is a lot of budding South African House producers don’t have the resources and in many instances the technical know-how to craft productions that are on par quality wise with their international counterparts. What’s your take on the whole “quality” issue?

Andy Compton: The great thing over there is at least the youth are making House music!
You have to start somewhere, wow, you should hear my first demos!
I also don’t think it’s the equipment you’re using, but the vibrations you’re making!
Good vibrations will spread quickly! 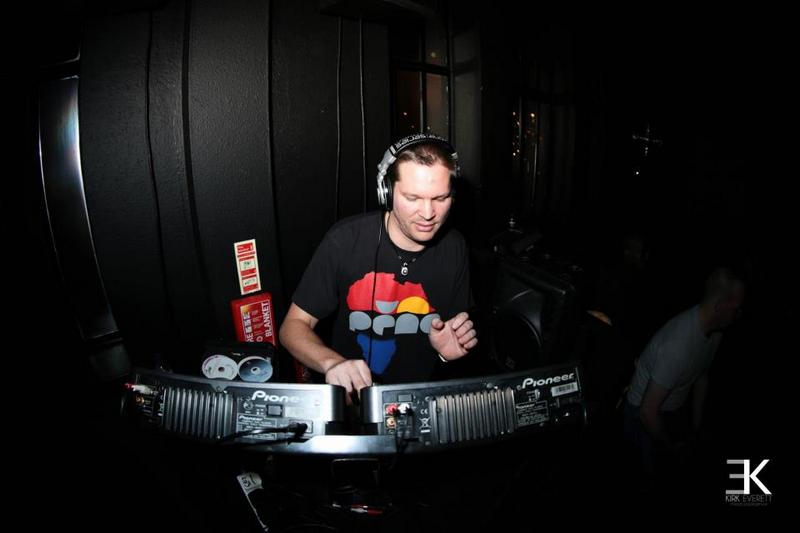 What’s your advice to that zealous upstart making music with cracked software, limited hardware, most often in his/her bedroom? He or she has the creative vision but lacks the necessary quality inputs to create quality output.

Andy Compton: Practice makes perfect they say!
Although I don’t really believe in perfect, but will keep on searching for it!
I think if you really want to be good, you have to work on it as hard as you can.
There’s free demo versions and free plugins/software on the internet that work well, which are worth using if the budget is tight.

You have a massive catalogue of over a 100 releases spanning 20 years! That’s quite some output there, you really must be on minimal shuteye and litres of coffee! Tell us a bit about your work ethic?

Andy Compton: I think it’s around 180 E.P’s and over 28 albums now! To be honest I work quickly, catch a vibe and wrap it before it gets stale. I also love making albums!
Have four in the works now.
Yes, I’m also addicted to espresso! [Laughs]

Your projects have elicited nods from House heavyweights like Louie Vega, Larry Heard, Mark Farina and Osunlade. How has this support driven you to continue producing outstanding work?

Andy Compton: It always helps, but the best nods are the ones that come from the dance floor and the people buying the music!