You are here: Home / Featured / Altruism Interview ahead of ORIGIN 2016 Festival

Altruism Interview ahead of ORIGIN Festival 2016

Altruism aka DJ Thatha is set to return to South Africa for Origin Festival 2016 at the end of January and if reports on her last performance here are anything to go by, we’re in for a real treat. 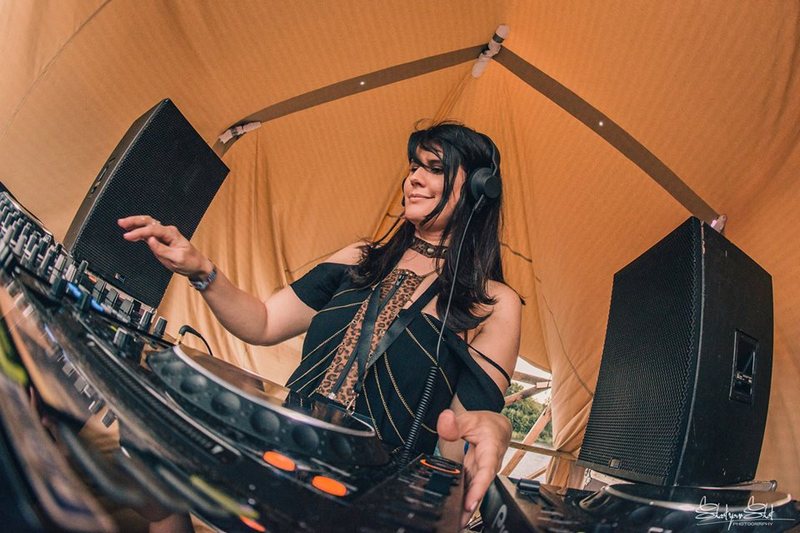 South African tranceheads are really unique as they have such an amazing vibe and are so connected with everything about the Psytrance culture. It reminds me of the European crowd.”

The word is that she is a very, very good DJ and if her latest releases on Nano Records are anything to go by, it’s bound to be proper psychedelic, just the way it should be!

In this interview the Brazilian born DJ and producer reflects on what she thinks of South African tranceheads, what it’s like being a part of one of the worlds biggest and best psytrance labels – Nano Records and what it is like being married to another psytrance producer/DJ…

First question has to be about Universo Paralello since everybody is raving about this year’s event. What is it that makes this annual NYE festival so special for you?

Universo Paralello is a really special festival to me. The first time I played there was in 2005 and I’ve played at all of them since. New Years Eve is already a very emotional date and to celebrate it on an amazing beach with great music, art and a lot of friends. It’s a unique celebration.

Altruism: I was really amazed with the natural beauty of Cape Town, I felt at home. Brazil inherited a lot of the African cultural identity so there’s a lot in common between us.

Altruism: South African tranceheads are really unique as they have such an amazing vibe and are so connected with everything about the Psytrance culture. It reminds me of the European crowd.

When you look back now and compare your first tracks in 2010 to your current releases – other than improved production what would you say is the biggest difference?

Altruism: We are always evolving with time, getting more mature. Also the music is in constant change. Apart from the quality I think my music maintains the same psychedelic vibe from when I started.

Psytrance has many cycles. Every one or two years there’s some new mainstream genre that’s trendy for a while but the psytrance is always there, constant.”

You were a DJ first and then started to produce. Often good producers are not necessarily that great at DJing but you have a reputation as a very good DJ too. Would you say that for someone getting started that it’s better to learn to Dj before producing or does it not matter?

Altruism: For me it made a big difference to have the DJ experience first but it doesn’t mean you have to be a DJ to produce. Being a DJ gives one a good sense of rhythm and music construction.

By the late 2000’s parties in Brazil (like many countries) became more commercial and fullon psytrance took a back seat to progressive trance and the Hamburg offbeat sound. Is it still like that or has it come full circle now? 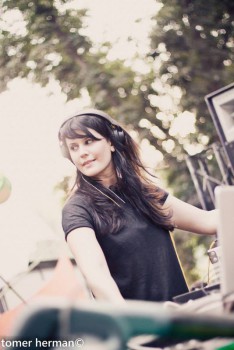 Altruism: In Brazil there’s always been a lot of mainstream commercial music going on. I think Psytrance has many cycles. Every one or two years there’s some new mainstream genre that’s trendy for a while but the psytrance is always there, constant.

What is it like being married to another psytrance artist [Gustavo from Burn in Noise]? How do you avoid professional jealousy over who gets booked more?

Altruism: There’s no jealousy between us. It’s actually perfect because we have the mutual support and respect; we understand each other’s work. Sometimes when you are in a relationship with someone from outside of this world, they may not understand it really well.

Your releases on NANO Records have been genuine highlights amongst a stable of top notch psychedelic artists. When you look at their artist list you must feel immensely proud to be a part of such an impressive label.

To become part of NANO for me was a dream come true as I always loved the label and all the artists on it and now I have all of them as my family.

Female DJs (and even more so, producers) are few and far between in the psy scene – why do you think so few ladies get involved in DJing or producing psy?

Altruism: I don’t know why but it’s not only in the Psytrance scene it’s in the electronic scene in general that there’s very few females DJs and producers. I do think that there should be lots more.

Is psytrance culture (in your opinion) a way of life or just one big global party?

Altruism: It’s my way of life. 100%. Everything in my life is connected with the psytrance culture and has been for the past 14 years.

You used to DJ on vinyl in the early 2000’s. Do you remember the first record you bought?

Altruism: If I remember correct was Space Tribe – Shapeshifter.

What are some of your favourite artists when growing up?

Altruism: I grew up listening to a lot of music, all kinds of music. I have a brother that used to play drums so I was always listening to rock at home. To name a few, The Cranberries, Smashing Pumpkins, Pink Floyd…

Who was the first psy artist (before you got into DJing) that you idolised?

Altruism: I remember when I listened to GMS (Growling Mad Scientists) for the first time I loved it.

Is there any psy artist who no longer produces psytrance that you wish still did?

Altruism: The biggest part of the artists I used to listen to when I started are still active and that gives me inspiration and energy to continue.

Should marijuana be legalised worldwide?

Altruism: Yes for sure. It’s just a plant.

Catch DJ Thatha aka Altruism at Origin Festival 2016 on 29 January.