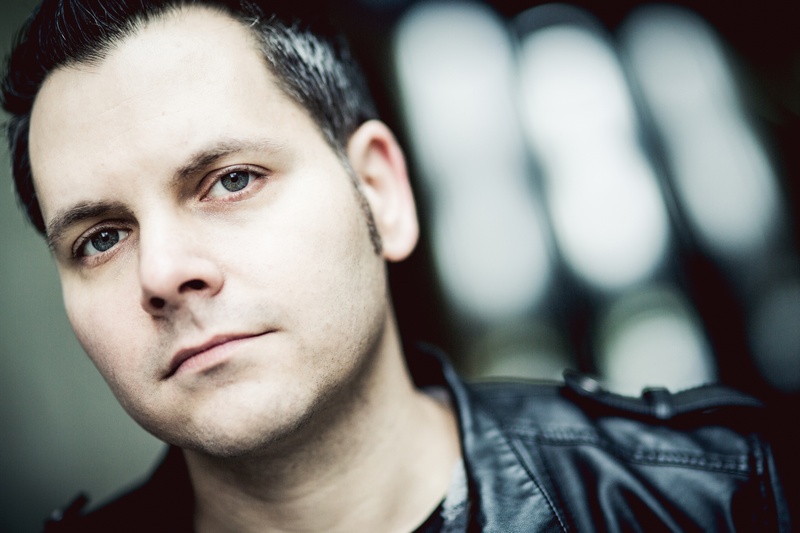 I’ve always been true to trance even at times when techno was hot in the scene or when offbeat became the new thing. It’s in my DNA…”

You’d only be half right if you assumed the prog trance moniker of Yoni Oshrat was named after the famous and fictitious pet detective.

It turns out that Ventura is actually an old family name and true to his dry wit, he decided to make use of it when creating his new progressive project that, in psytrance and progressive trance circles, is as ubiquitous as Jim Carrey’s comedic character.

A firm favourite in South Africa, and let’s be fair…. on most of the biggest trance stages worldwide, Ace Ventura has just released his second studio album called Paradise Engineering. It’s a largely collaborative offering, with some serious heavyweight co-conspirators, indicative of the stature and ability of, in my opinion, one of the finest psy-prog producers around.

I gave the album a really good listen, offering some of my thoughts back and as I’d hoped, this Ace Ventura interview is filled with interesting observations and anecdotes…

For many, me included, New Order back in 2006 changed a lot of people’s perception of progressive trance and also seemed to be a catalyst for so many Israeli progressive producers thereafter (even though, ironically it featured very few Israeli artists). Was it a defining moment for your career as Ace Ventura, and were you surprised at the time, just how influential that compilation became?

Ace Ventura Interview: It was a defining moment indeed, firstly because 2006 was the year I went solo with Ace Ventura after leaving Psysex, so there was a lot to prove. It was also a symbolic moment in the psytrance landscape at the time, as progressive steadily went from 2nd or 3rd place in the psytrance food chain right to the top. This was notable especially in Israel, but also globally – full on took a back seat and progressive became huge. It was also the first progressive release on the full on label HOMmega. As you said, the influence was quite notable with many producers changing their styles or opening side projects.

Your father is a famous Israeli composer. How much (or little)) does he understand or appreciate trance music or in fact electronic dance music in general?

Ace Ventura Interview: He really doubted the longevity of the genre when I was just getting into producing and leaving my previous work on sound post-production. But this was in the late 90’s and he admitted to his mistake a few years after. He appreciates it for sure but doesn’t know many names past Infected Mushroom or Skazi I reckon. What he also appreciates though, is my project name – As his original family name was Ventura before he changed it to Oshrat. Sometimes I get to jam with him in the studio and make some weird electronica… good times. 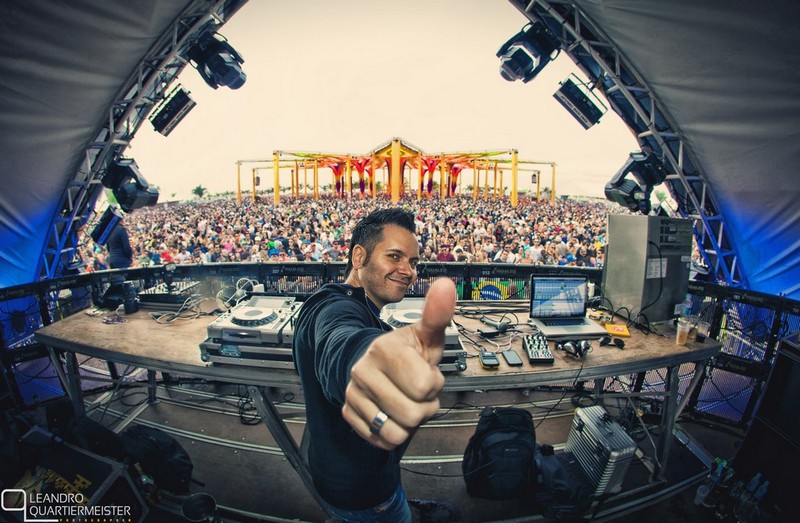 Let’s kick straight into your new album Paradise Engineering: I was surprised to realise that it is in fact only your second full length artist album (excl. the remix album). What took so long?

Ace Ventura Interview: Until a few years ago I didn’t really feel the need for another album. I had many tracks out on compilations, digital EP’s, a lot of remixes to my tracks, as well as compiling 5 compilations of my own on various labels. Then around 2010, after reading a bit on Aldous Huxley and David Pearce the album title came to mind, and I decided to go for it. Intense non-stop touring practically every weekend, two kids and 5 years later – here we are!

You collaborate on 6 of the 9 tracks. Was this always the plan or did it just kinda happen that way?

Ace Ventura Interview: It’s never the plan, but it’s a ‘trap’ a lot of producers tend to fall into in order to finish an album. A very busy lifestyle just renders it this way. I love collaborating for many reasons, but one of the big plusses is that you can always have something going on – if it’s an online collaboration (which happens a lot ) then someone can always be working while the other is busy either with touring or what not. So your number of productions can grow bigger this way and the results are usually pretty interesting. I also like that this way each track on the album has a different colour to it, while still staying true to a general vibe throughout.

Paradise Engineering seems to rely less on clever (novelty) production tricks and focus more on a musical journey (both as an album and each track individually). Would you agree with my observation and was this a conscious decision that you made – i.e. was this the brief you set for yourself and your collaborators?

Ace Ventura Interview: You are right on the money. The idea of an album is to have a musical experience with long lasting music, and not only dancefloor pleasing tracks that usually tend to get old faster. While selecting the tracks that went on the album this was definitely the goal.

I stand to be corrected but I can recall only one triplet section (‘Our Moment’ with LOUD) on the entire album. Has the triplet just become too easy for producers to turn to nowadays, when they need to fill an extra 2 minutes of track? 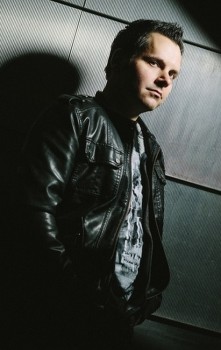 Ace Ventura Interview: You may sit down as you are right again. Triplets have definitely become one of the cheapest and easiest go-to tricks in psytrance…So I try to use it as little as possible, though I still do love this time signature, and it’s still the most primal and tribalistic groove you can drop.

I really love the album, but I will admit to being a little surprised that it hasn’t got more peak time progressive tracks on it, and by this I don’t mean the tracks are not massive. They are! But they have more of a journey feel to them; power music for late afternoon and closing sets. Is this where you see most of these tracks being played or am I mistaken?

Ace Ventura Interview: No I don’t really see it like that, most of the album tracks are good to go at any given time, within the right sets flow of course ( I wouldn’t play this right after a 170 bpm dark psy set). In South Africa though, from my experience, this would be placed at noon and onwards though, so I get where you’re coming from…

I love that Paradise Engineering is pure trance. Often with albums, producers try and show off their influences and perhaps their flexibility by creating some more hybrid styles. What is it about trance that keeps you interested and inspired?

Ace Ventura Interview: I’ve always been true to trance even at times when techno was hot in the scene or when offbeat became the new thing. It’s in my DNA since my youth days. The scene itself keeps me interested and inspired – constant travelling and meeting new people every weekend, as well as lots of friends and talented musicians all over the world will do that to ya. Experiencing great parties and special moments. And best of all is the European summer festival season which always packs a good time and energizes you with awesome memories and inspiration through the year until the next one. It’s the circle of trance!

Which track proved the toughest to complete? 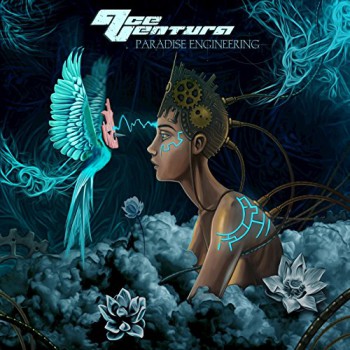 Ace Ventura Interview: There were no specific tough tracks to complete, but the track with LOUD for example, was something we started years ago and scrapped it ‘cos we thought it wasn’t good enough. Then last year, as a ‘goodbye present’ for me when I moved from Israel to Switzerland, Eitan Reiter decided to open the project and give it another spin – and we saw there was something in there worth exploring again, so we finished it and it became one of the hotter dancefloor tracks on the album.

How do you know when a track – or in this case the album – is done? Do you find it easy to let go and move onto the next project?

Ace Ventura Interview: For some it’s easy to finish a track in 2 days and move on – for me unfortunately this is not the case; I often feel that I can do more and add or change details and improve the track forever. But once I get to play the track I usually have a better feel if it’s time to call it a day or get back to the drawing board. As for the album, the original plan was to have a release around 2012….it took ‘a tad’ more to let go and to move on with this one…

It’s a time consuming undertaking to finalise 8 or 9 tracks – a full album’s worth – even tougher when there is no doubt a constant demand for your music from labels and guys doing compilations. Are you already working on more music for other releases or have you given yourself some time off from the studio for a while?

Ace Ventura Interview: I’m not very good at taking time off. So yes there is a lot of new stuff in the pipeline – two new Ace Ventura tracks as well as collaborations with Astrix, Vini Vici, Lifeforms, Krumelur & Darma – and also new Zentura and Easy Riders tracks.

You’ve no doubt heard the old philosophical question; What came first the chicken or the egg? Nowadays does one tour to promote an album or create an album to promote a tour?

Ace Ventura Interview: For me the tour never ends really so it goes both ways. It’s always nice to have a theme surrounding the gigs so there will be quite a few Paradise Engineering parties around the world until the end of the year. Hope to have one in South Africa soon as well! Cheers for the interview Dave!